Accessibility links
Killing Of American Missionary Ignites Debate Over How To Evangelize John Allen Chau, a 26-year-old American missionary, was killed when he sneaked onto an island in the Bay of Bengal. For centuries, the islanders have resisted all contact with the outside world.

Listen · 4:17 4:17
Killing Of American Missionary Ignites Debate Over How To Evangelize 4:17 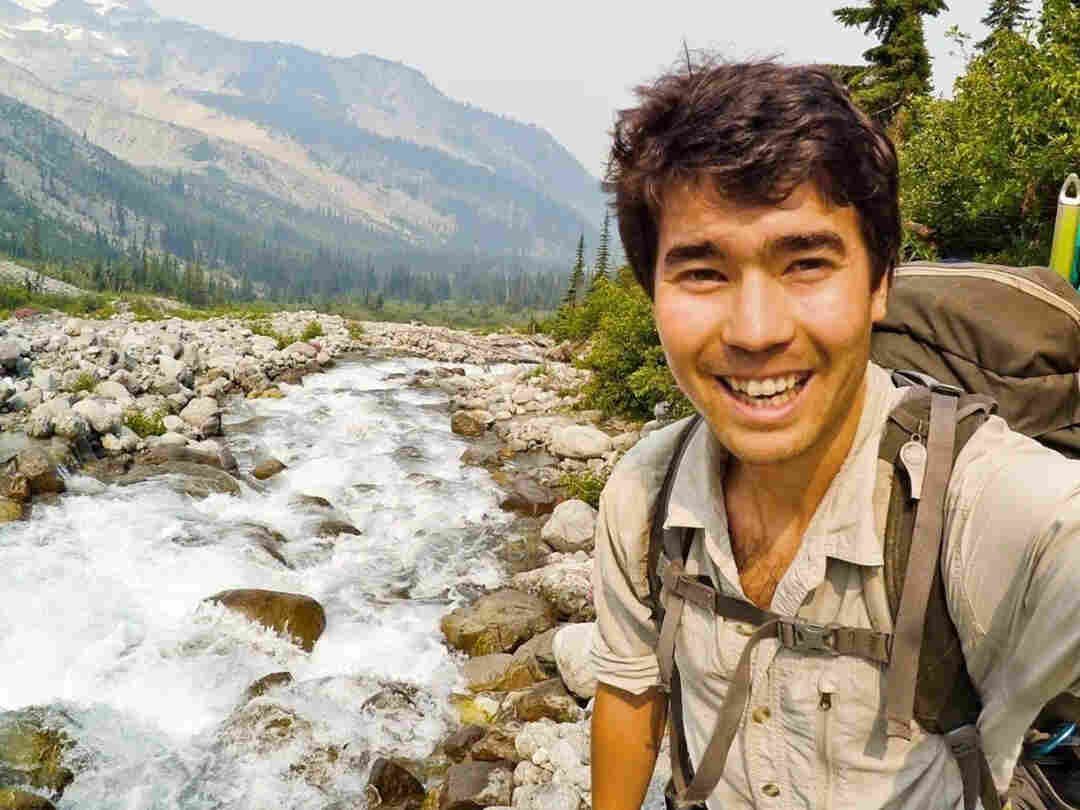 John Allen Chau, an American self-styled adventurer and Christian missionary, was killed and buried by a tribe of hunter-gatherers on a remote island in the Indian Ocean where he had gone to proselytize, according to local law enforcement officials. @johnachau via Reuters hide caption 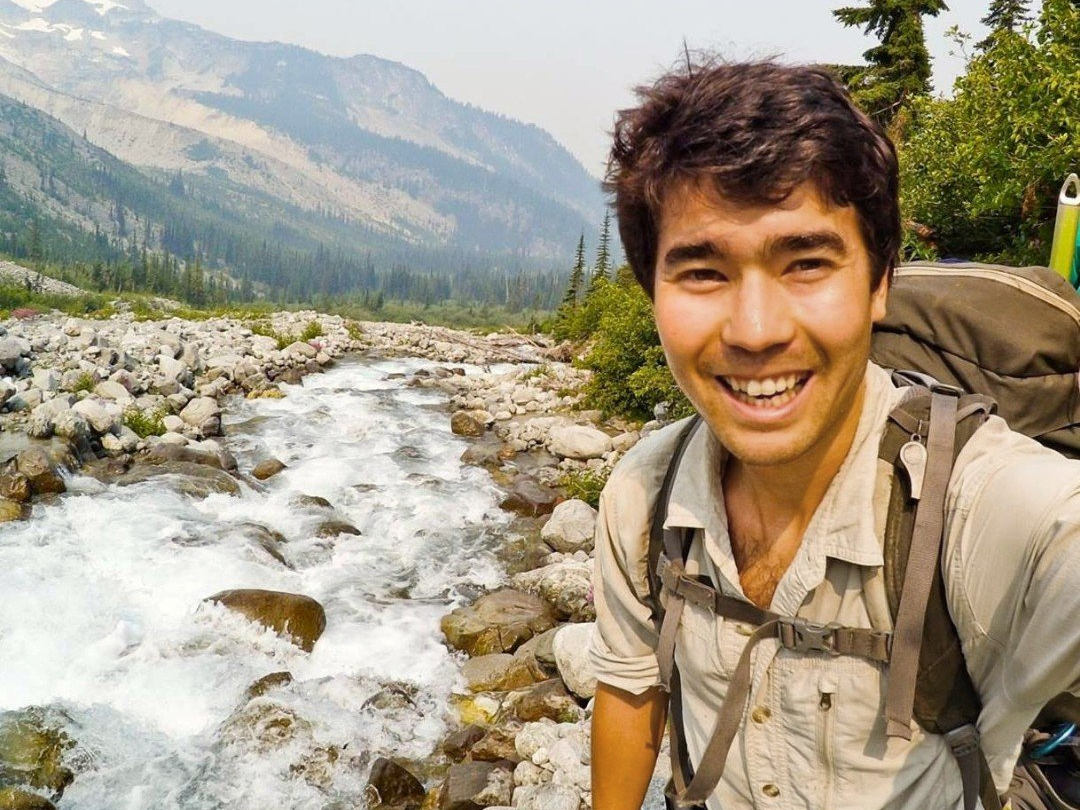 John Allen Chau, an American self-styled adventurer and Christian missionary, was killed and buried by a tribe of hunter-gatherers on a remote island in the Indian Ocean where he had gone to proselytize, according to local law enforcement officials.

Christians who are killed while on a mission to spread the Gospel are often considered martyrs and treated as heroes of the faith.

But there has been little celebration for John Allen Chau, the 26-year-old American missionary who was killed by indigenous people this month after sneaking onto North Sentinel Island in the Bay of Bengal.

The island is inhabited by a few hundred people whose ancestors are believed to have migrated to the Andaman archipelago from Africa more than 50,000 years ago. For centuries, the Sentinelese have resisted all contact with the outside world, sometimes violently. As a result, any intrusion by outsiders, Chau included, could bring communicable diseases against which the islanders had no immunity.

"Even though I share his faith, Chau had no business going to those people," wrote Rod Dreher, a Christian writer whose blog in The American Conservative is widely read.

"Chau could not have preached to these people," Dreher wrote. "Nobody speaks their language. How on earth could he have witnessed to them?"

You guys might think I'm crazy in all this, but I think it's worth it to declare Jesus to these people. Please do not be angry at them or at God if I get killed.

But Chau was not deterred.

He hired local fishermen to take him near the island and then ventured closer in a kayak, disregarding local laws that prohibited outsiders from visiting the island.

"My name is John!" he hollered when he spotted some Sentinelese men onshore. "I love you, and Jesus loves you. Jesus Christ gave me authority to come to you."

He dared go no closer, but in journal entries he described how he went back later with gifts to offer, only to retreat again when a young man shot an arrow at him.

"Lord," he wrote, "is this island Satan's last stronghold, where none have heard or even had a chance to hear your name?"

In his final journal entry, on Nov. 16, Chau left instructions with the fishermen for contacting friends, family and colleagues.

"You guys might think I'm crazy in all this," he said, "but I think it's worth it to declare Jesus to these people. Please do not be angry at them or at God if I get killed."

The next day the fishermen saw the islanders dragging Chau's body along the beach and then burying it. Indian police authorities have concluded, for now, that it is impossible to retrieve the body, given the risk of a confrontation with the Sentinelese people.

Chau was partly supported in his venture by All Nations, a Christian missions agency based in Kansas City, Mo., though the extent of his connection to the group is not clear.

"He was preparing for this mission to North Sentinel since he was about 18 years old, and he started even before he came to All Nations," says Mary Ho, the agency's international executive leader. "He got himself trained as a wilderness EMT and was trained in linguistics and cultural anthropology. It was his life's mission to go to the island and share the goodness of Jesus Christ."

Ho did not describe any training Chau may have gotten that would have equipped him to deal with a hostile population whose language he did not understand without interpreters, a local guide or assistance of any kind.

Asked repeatedly whether the agency knew of Chau's specific plans, approved of them and felt comfortable with his intent to go alone to North Sentinel, Ho declined to answer.

"We knew John Chau was extremely well-prepared to face risk and that he was a very calm and stable person with a good head on his shoulders and very good common sense," Ho said.

The story of Chau's killing has been widely discussed on Christian blogs and in evangelical circles.

"You certainly have cases in Christian history where people basically went out alone," says Thomas Kidd, a historian of religion at Baylor University. "You see examples of that with Paul in the New Testament. But if it is true that [Chau] was just setting out on his own and patently breaking the law, I think most Christians would say, this is not the right way to go about missionary work."

Kidd nevertheless emphasizes the importance of showing some respect for Chau's evangelical efforts.

"For people who believe that everyone should be reached and that this life is short and fleeting and ephemeral and that the most important thing is a person's eternal destiny, the mandate makes sense," Kidd says. "You can understand their motivation for trying to spread their religious faith, even if you fundamentally don't agree with what they are doing."

The killing of Chau is reminiscent of an incident in Amazonian Ecuador in 1956, when five American missionaries were speared to death by a group of indigenous Waorani people shortly after the missionaries made contact with them. As with the Sentinelese, the Waorani tribespeople had minimal prior experience with outsiders and saw them as hostile.

"The passion to reach Christ and a willingness to risk one's life to do that" was evident in both missionary cases, says Kathryn Long, a retired Wheaton College historian who describes the Waorani incident in an upcoming book, God in the Rainforest: A Tale of Martyrdom in Amazonian Ecuador.

Long nevertheless argues that mission work has evolved in the decades since the 1956 incident, in part because missionaries have learned from the Ecuadorian case.

"People are more culturally or anthropologically sensitive than they were at that time," she says. "That's one of the things that perplex me with Mr. Chau. It seems like he was repeating things that many missionaries have stopped doing. For example, he didn't know the language these people spoke. That was one of the problems the missionaries had in 1956. But I think that missionaries today would not attempt to reach a group of isolated, violent people without trying to figure out some way to learn at least a little bit of the language and then have a broker or someone to help them bridge the gap."

Advocacy groups for indigenous people go further, arguing generally that culturally isolated tribes should be left alone. Survival International, a London-based organization, has been pressing Indian police authorities to abandon any effort to retrieve Chau's body from the North Sentinel beach where it was apparently buried.

"Mr Chau's body should be left alone, as should the Sentinelese," the group's president, Stephen Corry, said in a statement.

Many Christian missionaries would likely disagree, however, with the notion that no effort should be made to reach out to previously uncontacted peoples.

"The missionaries willing to do these things have enough passion for Christ that they see spreading Christianity as more important than preserving an unchanged culture," Long says.