Accessibility links
Republican Cindy Hyde-Smith Wins Miss. Senate Runoff After Racially Charged Campaign Revelations about Hyde-Smith in recent weeks revived memories of the state's dark history of racism and violence. She prevailed over Democrat Mike Espy and has to run again in 2020 for a full term. 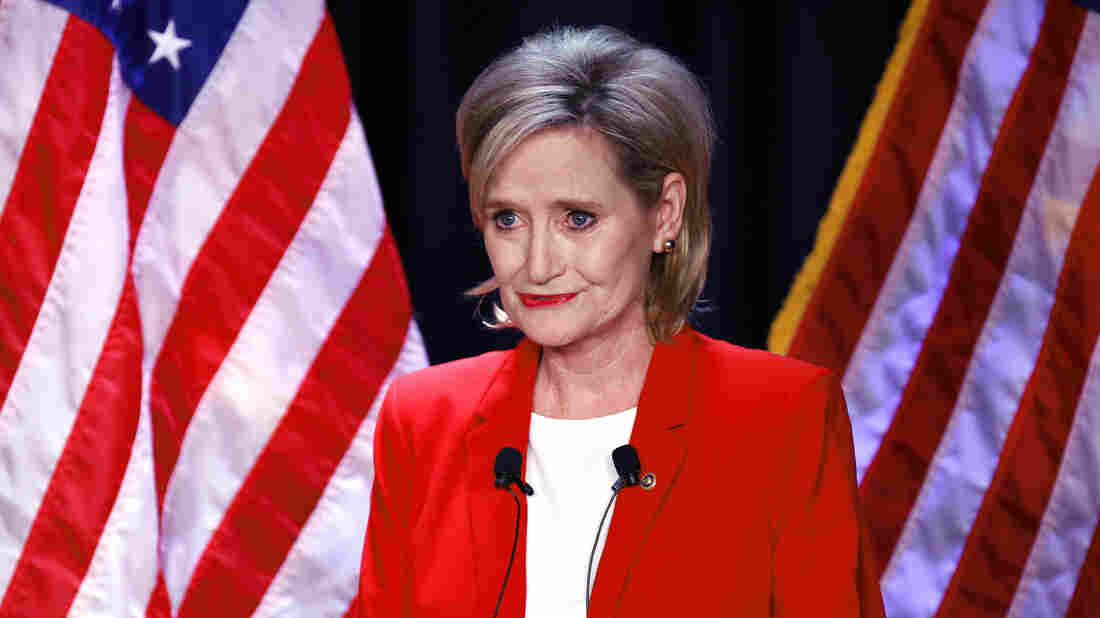 Sen. Cindy Hyde-Smith, R-Miss., seen at a debate with Democrat Mike Espy, prevailed and has to run again in 2020 for a full term. Rogelio V. Solis/AP hide caption 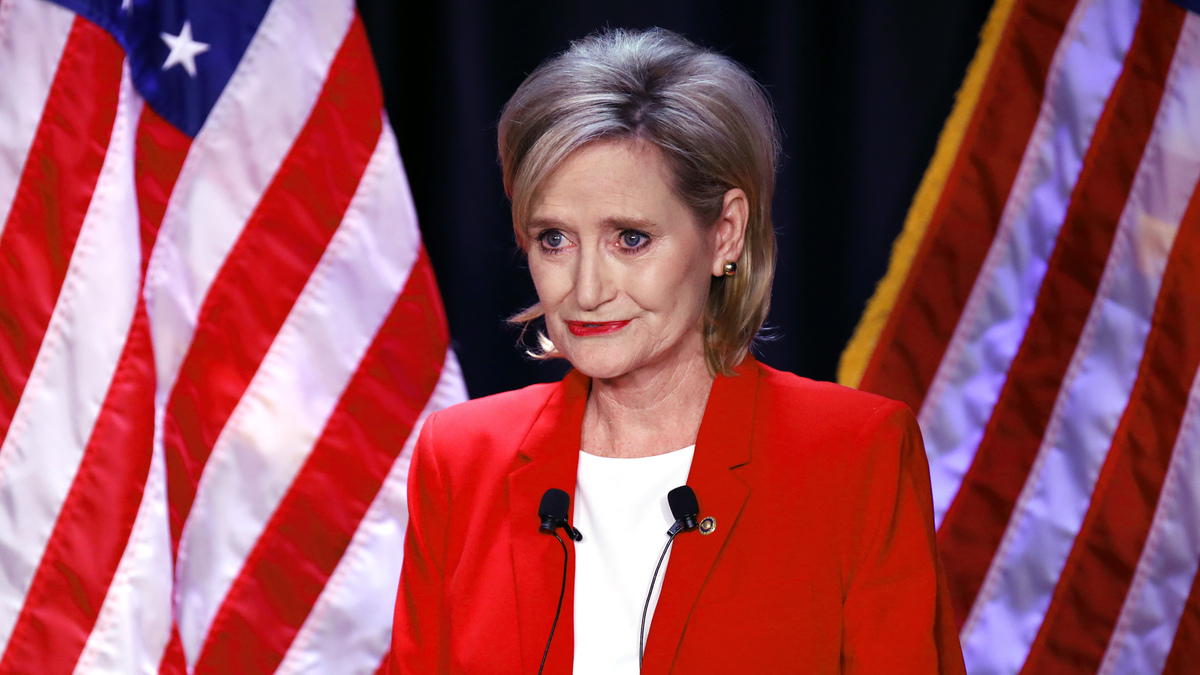 Sen. Cindy Hyde-Smith, R-Miss., seen at a debate with Democrat Mike Espy, prevailed and has to run again in 2020 for a full term.

Republican Sen. Cindy Hyde-Smith won the Senate runoff in Mississippi by a margin of 54-to-46 percent, according to the Associated Press, overcoming a series of missteps that brought the state's dark history of racism and violence to the forefront.

Hyde-Smith, who was appointed to the Senate earlier this year after Republican Thad Cochran stepped down because of health reasons, defeated former congressman and agriculture secretary Mike Espy. Neither candidate had won the requisite 50 percent in the first round of the special election on Election Day. She is the first woman elected to the Senate from Mississippi.

Hyde-Smith was the favorite in the solidly red state, and the final Senate election of 2018 was long seen as an afterthought. But when video surfaced earlier this month of the senator telling a supporter, "If he invited me to a public hanging, I'd be on the front row," the state's racial wounds were reopened.

Mississippi is a state with a past rife with violence — and lynchings — throughout the Jim Crow era, and racial tensions still persist today in many places. The comments from Hyde-Smith, who is white, were quickly seized upon by Espy, who was vying to become not only the first Democrat the state had elected to the Senate in nearly four decades, but also the first African-American senator from the state since Reconstruction.

Republicans even privately acknowledged that Hyde-Smith mangled her response to the video, and it wasn't until a debate last week that she offered a qualified apology. She said she was sorry to anyone who was offended by her remarks, but then blamed Espy for twisting her words for political gain.

Other questions about Hyde-Smith's past also arose: photos of her touring the home of Confederate President Jefferson Davis with a caption that said, "Mississippi history at its best!"; a measure she had once pushed in the state Senate for revisionist view of the Civil War as "The War Between the States"; and news that she had attended an all-white private school like those founded in the South to circumvent integration decrees.

Democrats had hoped the furor over Hyde-Smith's alliances and beliefs might energize black voters in a state where about 35 percent of the electorate is African-American. But, ultimately, in the largely rural state that's still deeply divided along racial lines, it wasn't enough.

Hyde-Smith also was helped by an election eve visit by President Trump, who held two rallies with her on Monday. The president remains popular in Mississippi, a state that he carried by 18 points in 2016.

With the GOP retaining the seat in Mississippi, they have achieved a net gain of two seats in the Senate, entering the next Congress in January with a 53-seat advantage to Democrats' 47 seats. Republicans defeated Democratic incumbents in Florida, Missouri, Indiana and North Dakota but lost GOP-held seats in Arizona and Nevada.