Accessibility links
Lion Air Jet Was 'Un-Airworthy' In Lead-Up To Fatal Crash, Investigators Say Indonesia's transportation safety committee's report addressed maintenance practices, pilot training and an anti-stall system on the Boeing 737. It did not identify a firm cause for the crash. 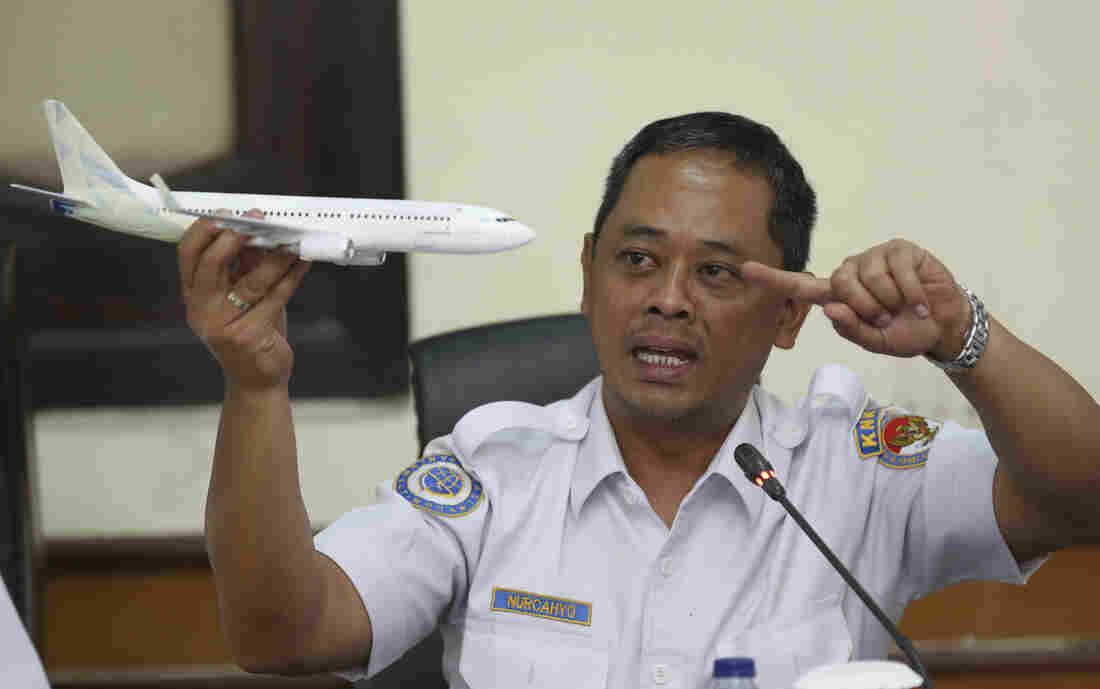 Nurcahyo Utomo, an investigator for Indonesia's National Transportation Safety Committee, speaks at a news conference in Jakarta, Indonesia, on Wednesday, about preliminary findings from the investigation into the crash of Lion Air Flight 610. Achmad Ibrahim/AP hide caption 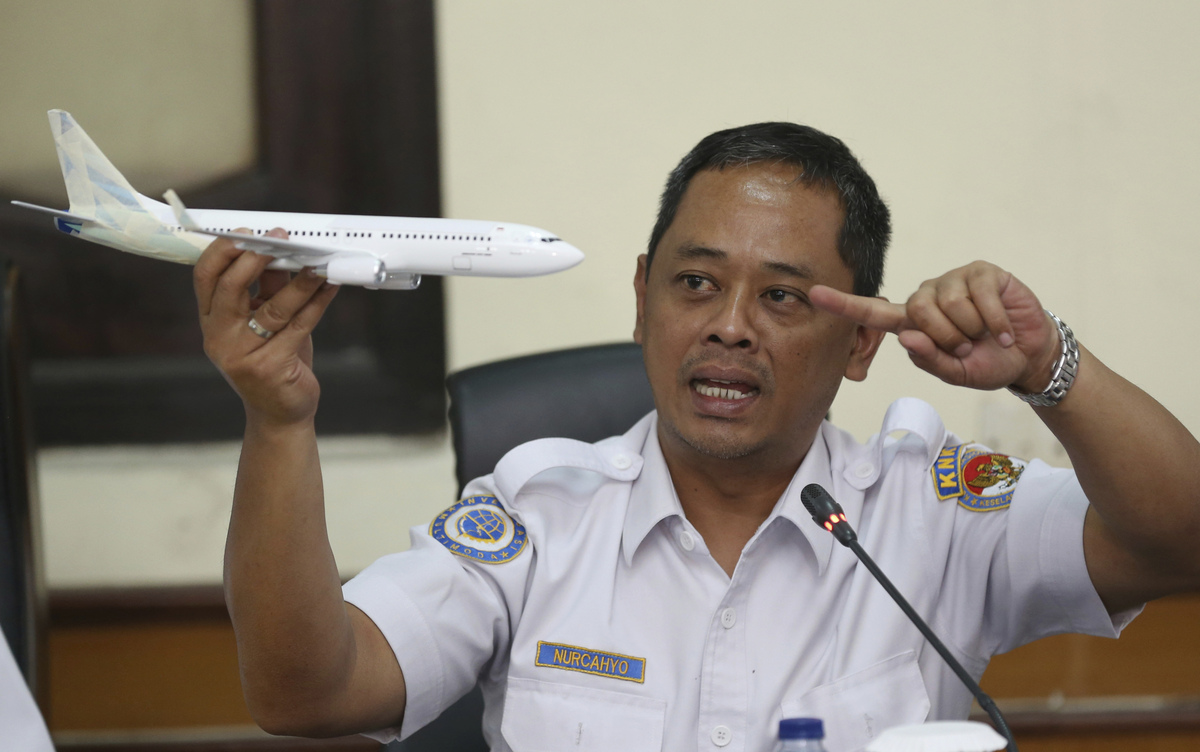 Nurcahyo Utomo, an investigator for Indonesia's National Transportation Safety Committee, speaks at a news conference in Jakarta, Indonesia, on Wednesday, about preliminary findings from the investigation into the crash of Lion Air Flight 610.

Investigators into Lion Air Flight 610's fatal crash released a preliminary report on Wednesday, saying the jet's pilots were struggling for control against an automated system that was bringing the Boeing 737's nose down too far.

The report discussed Lion Air's maintenance practices and an anti-stall system in the aircraft; investigators said it was "too early" to identify a firm cause for the crash.

The Boeing 737 Max 8 crashed into the Java Sea less than 15 minutes after its Oct. 29 takeoff, killing 189 people. The plane had been in service only since August.

Almost immediately after takeoff, the report said the jet began to experience "stick shaker activation," which vibrates the pilot's controls. The KNKT says this is "considered as un-airworthy."

Stick shaker activation is "very distracting and unnerving," former Boeing flight control engineer Peter Lemme told Reuters. "It's not something you ever want to have happen as a pilot."

According to the report, a sensor falsely signaled that the jet's nose was too high. An automated Boeing anti-stall system pushed the nose down, while pilots tried to use their controls to bring it back up.

Data showed the 737's pilots managed to pull the jet's nose back a total of 26 times from takeoff until its plummet into the sea in what Lemme has called a "deadly game of tag."

This automated system is called the maneuvering characteristics augmentation system, "a computerized system Boeing installed on its latest generation of 737 to prevent the plane's nose from getting too high," as The New York Times describes it.

There are steps pilots can take to manually override the system, but it's not clear whether the Lion Air pilots aboard Flight 610 knew them.

As the Times reports,

"In the aftermath of the crash, pilots have expressed concern that they had not been fully informed about the new Boeing system ... and how it would require them to respond differently in case of the type of emergency encountered by the Lion Air crew.

"Boeing has said that the proper steps for pulling out of an incorrect activation of the system were already in flight manuals, so there was no need to detail this specific system in the new 737 jet."

KNKT investigator Nurcahyo Utomo on Wednesday said the safety committee has not determined whether the system was a contributing factor.

The preliminary report did not assign blame but did list new safety recommendations to Lion Air — "on top of earlier recommendations about the flight manual that have already been implemented by Boeing," Reuters reports.

According to the report, the jet had airspeed and altitude issues in four flights in three days before the crash and had erroneous sensor readings several times. It was in an "un-airworthy condition" on its Oct. 28 penultimate flight.

On that flight, the pilots shut off the maneuvering characteristics augmentation system and manually stabilized the jet after the system pushed its nose down too far. They reported the issue to Lion Air, which checked the 737 and approved it for takeoff the next day.

Lion Air, a low-cost carrier that has expanded rapidly over the past several years, has a shoddy safety record with a number of incidents over the years — including a 2013 crash landing at sea that remarkably resulted in no fatalities.

The U.S. and the European Union have in the past banned the carrier from operating in their airspace; both lifted that restriction in 2016.