Accessibility links
Teens Sing Their Guts Out In The Scottish Zombie Christmas Musical 'Anna And The Apocalypse' The debt John McPhail's tuneful horror comedy owes to Shaun of the Dead proves too deep to clamber out of, but the songs are fun and Ella Hunt's feisty lead performance is charming. 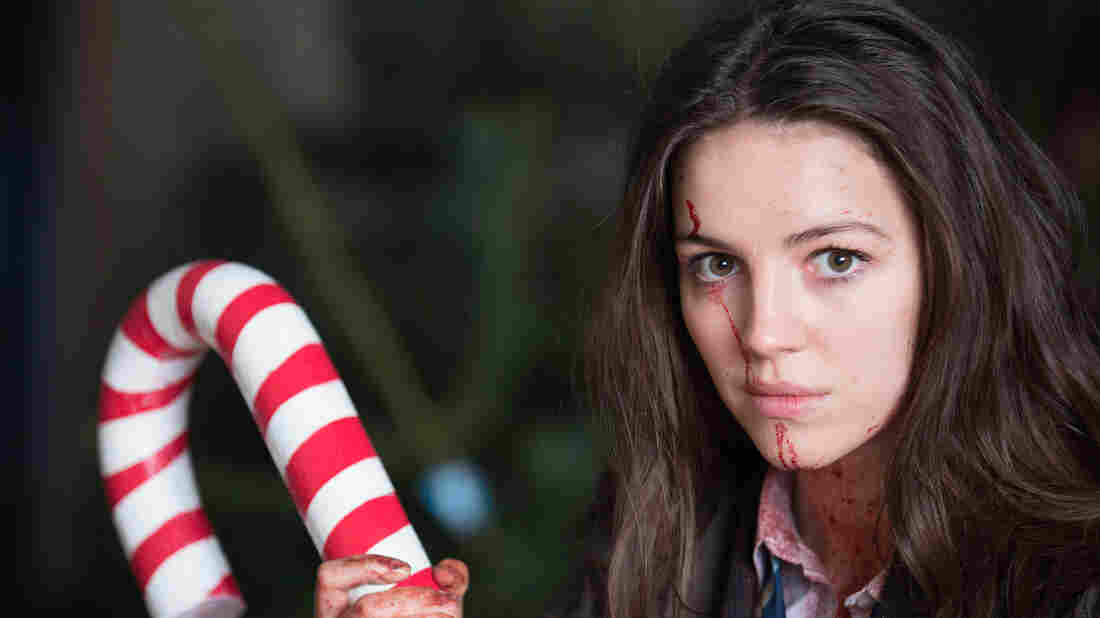 Here We Come A-Shambling: Ella Hunt plays Anna, a young woman caught in a zombie outbreak that's got a good beat and is easy to dance to, in Anna and the Apocalypse. Gerardo Jaconelli/Orion Pictures hide caption 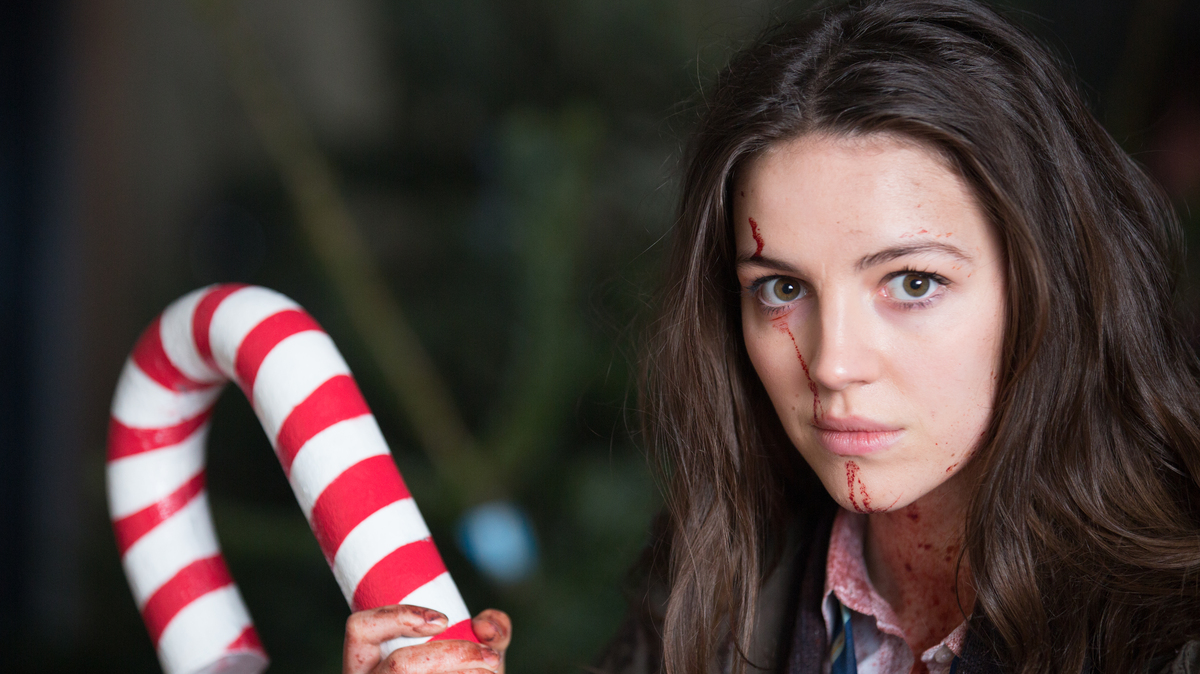 Here We Come A-Shambling: Ella Hunt plays Anna, a young woman caught in a zombie outbreak that's got a good beat and is easy to dance to, in Anna and the Apocalypse.

A normal way for fans to appreciate Edgar Wright's 2004 zombie comedy Shaun of the Dead is to watch it again and perhaps discover a few grace notes they missed the first or second or third time around. But there's something to be said for considering it through the prism of slavish imitator like Anna and the Apocalypse, a Scottish genre mash-up that plays like a piece of fan art, only with a musical component added.

There's the first-act obliviousness to a zombie outbreak happening in the background, a few of those patented Wright whip-pans, and dialogue brimming with pop-culture references. And it gets more specific than that: The funniest visual joke in Shaun of the Dead, when the spaced-out hero slips on a pool of blood just below the frame, is swiped by a shot of a character tripping over an offscreen body on his morning jog.

None of this makes Anna and the Apocalypse a bad movie per se — as Picasso (and Steve Jobs) said, "Good artists copy, great artists steal" — but the contrast between it and its main source of inspiration is clear and mostly unflattering to the new film. As the cinematic karaoke unfolds, you gain a fresh appreciation for Wright's sly commentary on workaday London or the pop-savvy delight of his heroes choosing which records are keepers and which are disposable enough to hurl at a zombie's head. Or, better still, the brilliant comic chemistry between Simon Pegg and Nick Frost and how the depth of their friendship reveals itself in crisis.

Bob Mondello on 'Shawn of the Dead'

Many of those virtues are present in director John McPhail's affable horror-musical-comedy, just noticeably dimmer in every respect. What original inspiration it does possess is heavily front-loaded in the first act, before the zombies take over and there's more time for song-and-dance. In a small-town high school, students are so busy preparing for a Christmas performance that they tune out CDC warnings of a strange pathogen that's spreading through the country. They're running hot with teenage emotions, which come bursting out through hallway arias and choreographed showstoppers in the school cafeteria.

In a winning lead performance, Ella Hunt plays the feisty Anna, a senior who has plenty of problems and the undead ain't one — at least not yet. She's still reeling from her mother's death and her hectoring father (Mark Benton), a lowly janitor at the school, isn't happy to learn her plans to skip college for a year for an open-ended trip to Australia. Her best friend John (Malcolm Cumming) is all Christmas-sweater earnestness, but she's drawn more toward Nick (Ben Wiggins), a bad-boy type who toys with her affections. She and John are so wrapped up in adolescent emotions that they miss the encroaching zombie apocalypse until the next morning, when nearly the entire town is infected and they have to get back to the school to liberate the students and faculty trapped inside.

The zombie subgenre has been scrambled up and revivified a hundred different ways — here are now multiple films about Nazi zombies, for example — but the musical approach does give Anna and the Apocalypse an appealing hook. The songs, by Scottish songwriters Roddy Hart and Tommy Reilly, are passable soft-rock confections about teenage angst, with group laments on their dead-end town and bleak futures mixed with more ebullient tunes about thwacking zombies with baseball bats. The banter between the characters never really pops, but they express themselves better through song.

Anna and the Apocalypse doesn't gather enough goodwill to carry it through the paces, however, when Anna and her two suitors are obliged to bear down and hack their way to the finish. Anna's tense relationship with her widower father never develops beyond the basic outlines and her love triangle with John and Nick doesn't blow up the nice-guy/bad-boy dichotomy it establishes at the start. McPhail and his screenwriters, Alan McDonald and Ryan McHenry, are shooting for the emo whimsy close to Buffy the Vampire Slayer's famed musical episode, "Once More with Feeling," but that show had six seasons to develop relationships and this film only has about six minutes. Some songs are great enough to carry all that emotion in three-minute bursts, but like everything else in Anna and the Apocalypse, these are conspicuously short of the mark.