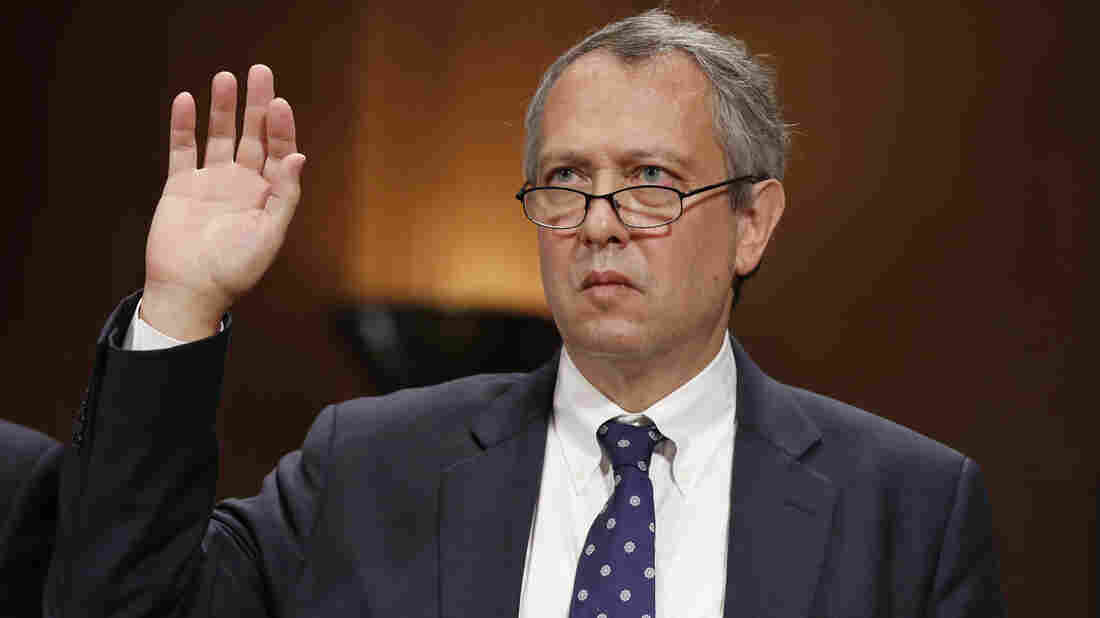 Thomas Farr is sworn in during a Senate Judiciary Committee hearing in September 2017 on his nomination to be a district judge on the United States District Court for the Eastern District of North Carolina. Alex Brandon/AP hide caption 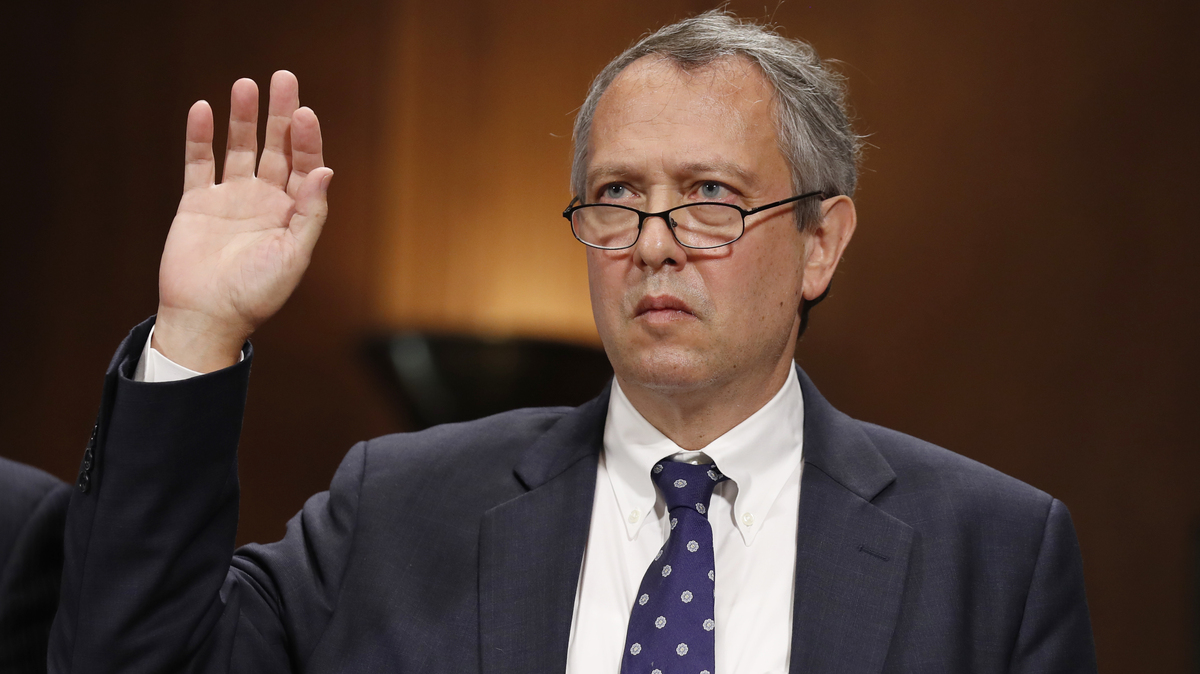 Thomas Farr is sworn in during a Senate Judiciary Committee hearing in September 2017 on his nomination to be a district judge on the United States District Court for the Eastern District of North Carolina.

The controversial judicial nomination of Thomas Farr has been derailed in the Senate.

South Carolina Sen. Tim Scott — the lone African-American Republican in the Senate — sealed Farr's fate by saying on Thursday that he opposed the nomination. His opposition, along with Arizona GOP Sen. Jeff Flake and all Senate Democrats, means there is not enough support for the nomination to go forward.

Farr is President Trump's nominee to the U.S. District Court for the Eastern District of North Carolina, and had been under scrutiny for defending a controversial voter ID law and other possible suppression of black voters in that state. A Justice Department memo obtained by the Washington Post this week detailed voter suppression efforts aimed at African-Americans during the 1990 campaign of the late Sen. Jesse Helms, R-N.C., for which Farr was the top lawyer.

In a statement Scott said, "Confirming judicial nominees is one of the most important responsibilities of a United States Senator. I take my role in that process very seriously, as we want to ensure the judicial branch remains honest, fair, and impartial." The statement continued, "This week, a Department of Justice memo written under President George H.W. Bush was released that shed new light on Mr. Farr's activities. This, in turn, created more concerns. Weighing these important factors, this afternoon I concluded that I could not support Mr. Farr's nomination."

Scott was joined in his opposition by the retiring Flake, who said he wouldn't support any more of Trump's judicial nominees until the Senate takes up a measure to protect special counsel Robert Mueller's investigation into Russian interference and possible ties to the Trump administration.

Flake already voted against a procedural motion to advance the Farr nomination. He told reporters Thursday that he has is uncomfortable with the Farr nomination for reasons that extend beyond his protest over the Mueller protection legislation. Flake said he planned to oppose Farr regardless.

A final vote on Farr's nomination scheduled for Thursday was delayed by Senate Republicans to next week, but there was no immediate indication of whether the nomination would be withdrawn.

Civil rights advocates had opposed Farr's nomination, pointing out a person of color had not sat on that court for more than 140 years. During the Obama administration, Senate Republicans blocked two African-American women from filling the seat, leaving it for Trump to fill. Experts say it's the longest unfilled vacancy on the federal bench, which Trump and Senate Majority Leader Mitch McConnell, R-Ky., have been able to fill with scores of new conservative appointees over the last two years.

Democrats had zeroed in on Farr's defense of a controversial North Carolina voter ID law, which a court struck down for finding it had targeted African-Americans with "almost surgical precision." They also criticized his relationship with Helms, who vocally opposed civil rights and integration.

It's not the first time that Scott has sunk a Trump nominee that's come under scrutiny over racial issues. Earlier this year, the South Carolina senator opposed the nomination of Ryan Bounds to be a judge on the U.S. Court of Appeals for the 9th Circuit amid allegations of racist writings. His nomination was eventually pulled.