Accessibility links
The Story Of 'Whittier Blvd.,' A Song And Place Where Latino Youth Found Each Other One of the first Chicano rock bands, Thee Midniters were often called East L.A.'s Beatles. Their instrumental track "Whittier Blvd." was a regional smash that pointed to a coming cultural movement. 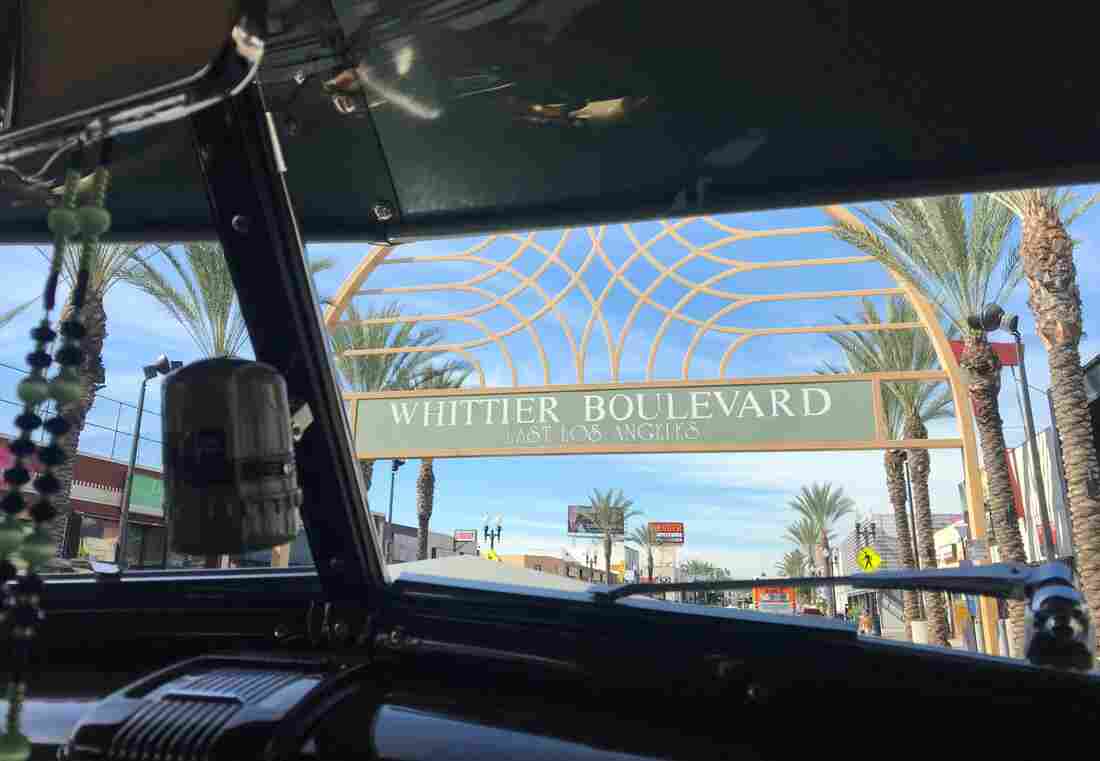 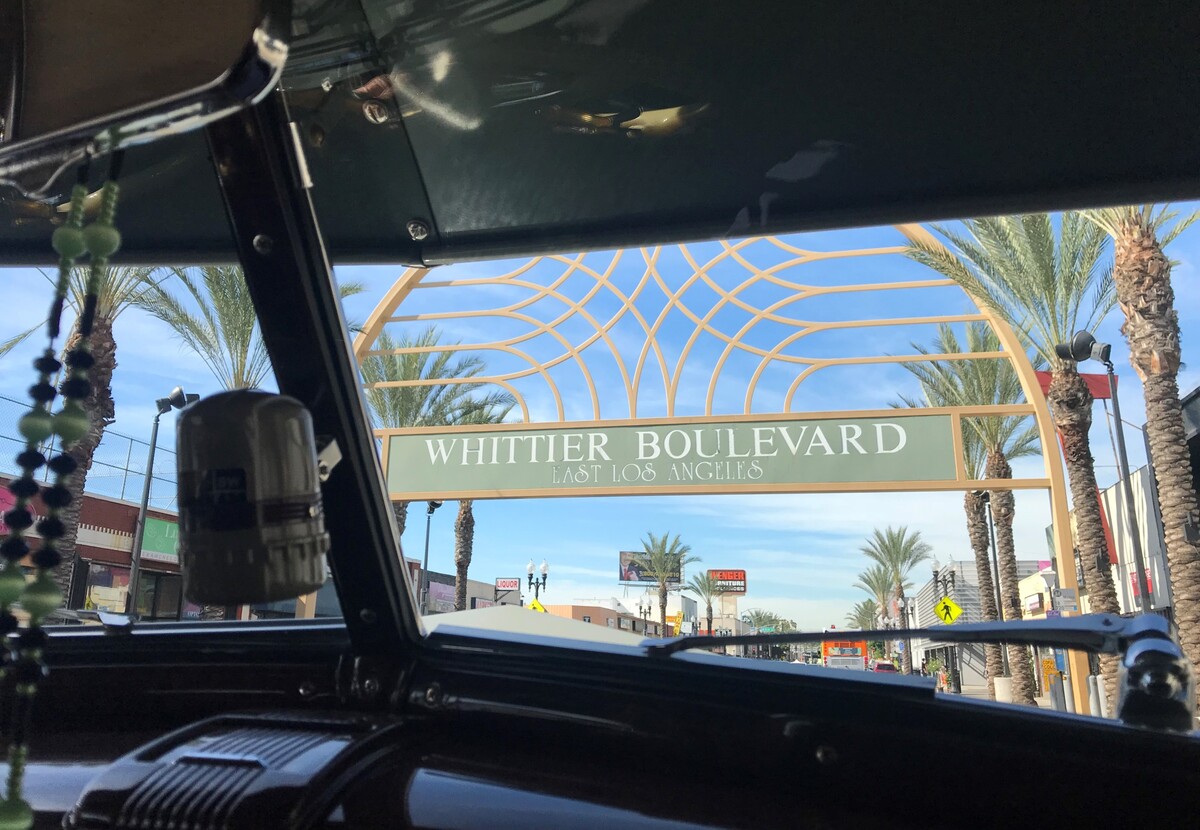 East L.A.'s Whittier Boulevard in 2018, seen from inside a classic Chevy.

In 1965, on weekend nights in East Los Angeles, Mexican-American teenagers would hop in their cars to cruise up and down Whittier Boulevard. There, they met up with friends while listening to radio DJ's like Godfrey Kerr, Dick "Huggy Boy" Hugg, Casey Kasem. Together they made local stars out of one homegrown band, with a song named for the place their scene called home.

"Whittier Blvd.," by the group Thee Midniters, became a cultural signpost for young Mexican-Americans — in the 1960s and the years that followed, in Los Angeles and beyond.

"That kind of sets it off and says, 'This is Mexicano.' But then, it goes into the surf guitars," says Ruben Molina, author of the book Chicano Soul: Recordings & History of an American Culture. He says that mix of musical styles perfectly represents the spirit of the moment.

"You'll hear influences from surf music to rhythm and blues to Mexican music. It's basically what the Chicano is: We're a mixture of Mexican heritage but living in America. It kind of signified: We are here. This is who we are."

Thee Midniters started out as Mexican-American high school students playing at backyard parties, quinceañeras and church halls. They spoke Spanish at home, English at school. They grooved to The Temptations and Smokey Robinson, but also Mexican balladeers and the new rock and roll bands imported from England.

Through Slavery, Segregation And More, 'La Bamba' Has Been The Sound Of Survival

"It was a whole spirit of the sizzling '60s," says bass player Jimmy Espinoza. "When The Beatles hit, it changed everything."

Espinoza leads the current incarnation of Thee Midniters. He says back then, the band members wore matching suits and mop-top haircuts, like their British idols. They also loved to cruise down the boulevard — low and slow, in souped-up cars.

"You could have anything from a '49 Chevy — lowered with rims, and candy apple red — to a Buick, to an Impala, to a Ford Mustang. There were all cherried out," Espinoza reminsces, adding that young people would completely pack the boulevard driving side by side. "They'd be passing phone numbers and flirting with each other. It was very innocent, really. Celebrating being young."

You can hear a lot of laughter and chatter in "Whittier Blvd.," which is mostly instrumental. In fact, the tune that hit the airwaves was actually just a rehearsal recording, which had begun with bassist Benny Lopez reworking the riff of the Rolling Stones song "2120 South Michigan Avenue."

Little Willie G says that since the Stones had named their song after a famous location — the home of Chess Records — Thee Midniters decided to do the same for their beloved thoroughfare. "We were hoping the Stones would sue us or make a comment about it to give it more notoriety," he snickers. "They never did."

The song was originally on the B-side of the band's single "Evil Love." But when when he heard "Whittier Blvd.," Casey Kasem — still a local figure at the time — decided to make it a hit, putting it on constant rotation. The push made Thee Midniters the Beatles of East L.A., mobbed by fans wherever they went.

Chicano Batman: A Sound And Vision That Could Only Come From Los Angeles

The band is still revered by younger musicians — like Bardo Martinez, lead singer of the group Chicano Batman, who says "Whittier Blvd." captures the essence of Mexican-American culture in East L.A. and anyone else with a cool car and rockin' stereo. The key to the song's aesthetic, he explains, is the bass — a heavy thump you can hear half a block away.

You show off how loud your car bumps," Martinez says. "You're just bumping it, saying, 'Look at me. We own this street. This street is us.' And this is, sometimes, all that we've got."

Fifty-three years after "Whitter Blvd.," Little Willie G invited me to cruise the famous strip in his friend Larry Saez' 1948 Chevy Fleetline. With chrome trim, mohair seats, Bakelite knobs on the wooden dash and hydraulics that lift the body up and down, it's a sweet ride down memory lane — even if today there are laws against the kind of social driving they did back in the day.

"It's sort of our Route 66, eh, Larry?" Wille says as we cruise the boulevard. "It's got some years on it now, but it used to be thriving. There was record stores and little clothing stores and small mom and pop markets." Pointing to one corner, he says, "There was a theater right here, the Whittier Cinema. Now it's a Walgreens." 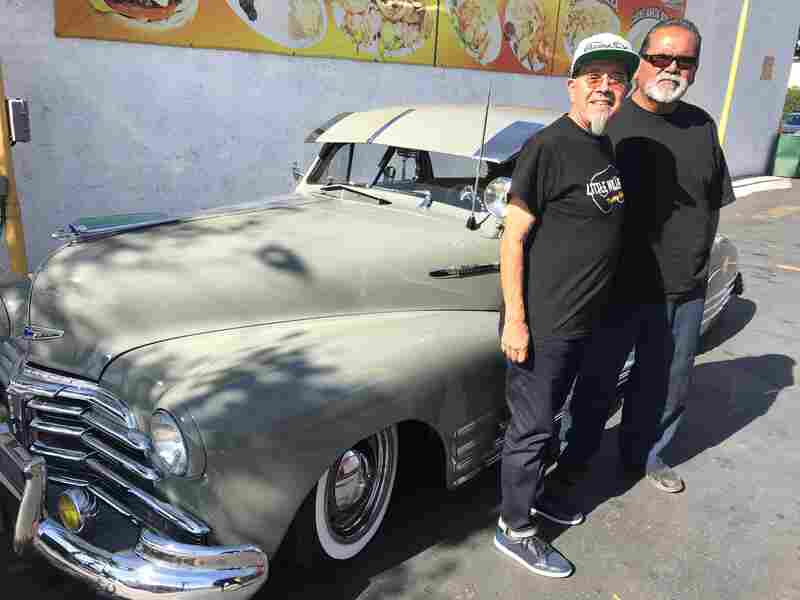 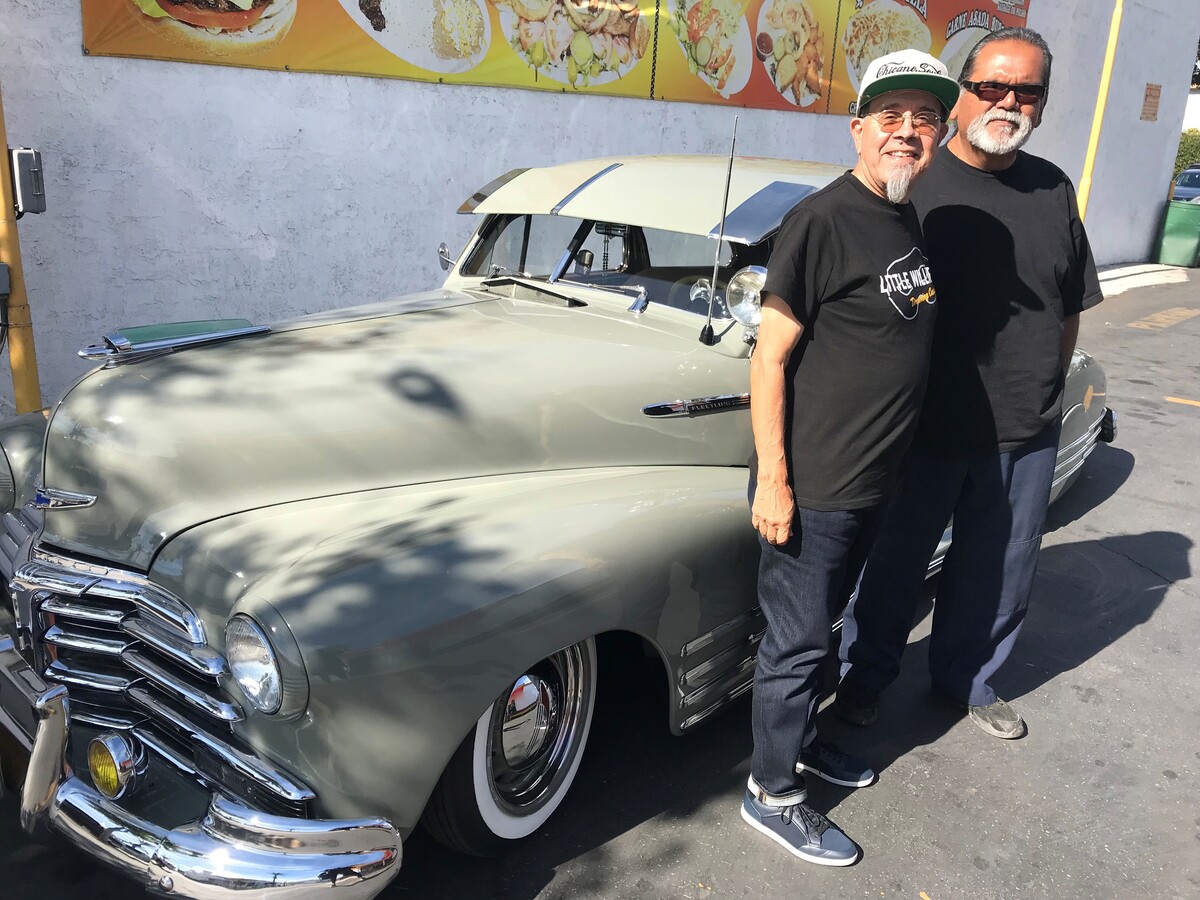 We pass the many old ballrooms where Thee Midniters where used to perform. And we pass by places that would become landmarks in the Chicano movement: The high schools where students walked out, demanding better educations. The park where Latino families protested the Vietnam War and were met with police batons. The site of the cafe where Los Angeles Times reporter Ruben Salazar, who was covering that moratorium, was shot and killed by sheriff's deputies in 1970.

In that context, Little Willie G says, the innocence of "Whittier Blvd." was transformed into a call to action: "Because it was us. And it gave us a voice. You know, sort of like a rallying cry for us to kind of assemble and say, 'Hey. Are we on the same page?' And most of us said, 'Yeah.' "

The Chicano movement began in earnest three years after Thee Midniters' song hit the airwaves. The band followed it up in 1968 with another single: "Chicano Power."

Previous audio and Web versions of this story misstated the name of Willie Garcia as Willie Gonzales.