Accessibility links
Amid Trade War With U.S., There Are Signs Of Dissent Among China's Economists Sheng Hong of the Beijing-based Unirule Institute of Economics is one who has dared to speak up. Now authorities have shut down his think tank and he's been prevented from traveling abroad. 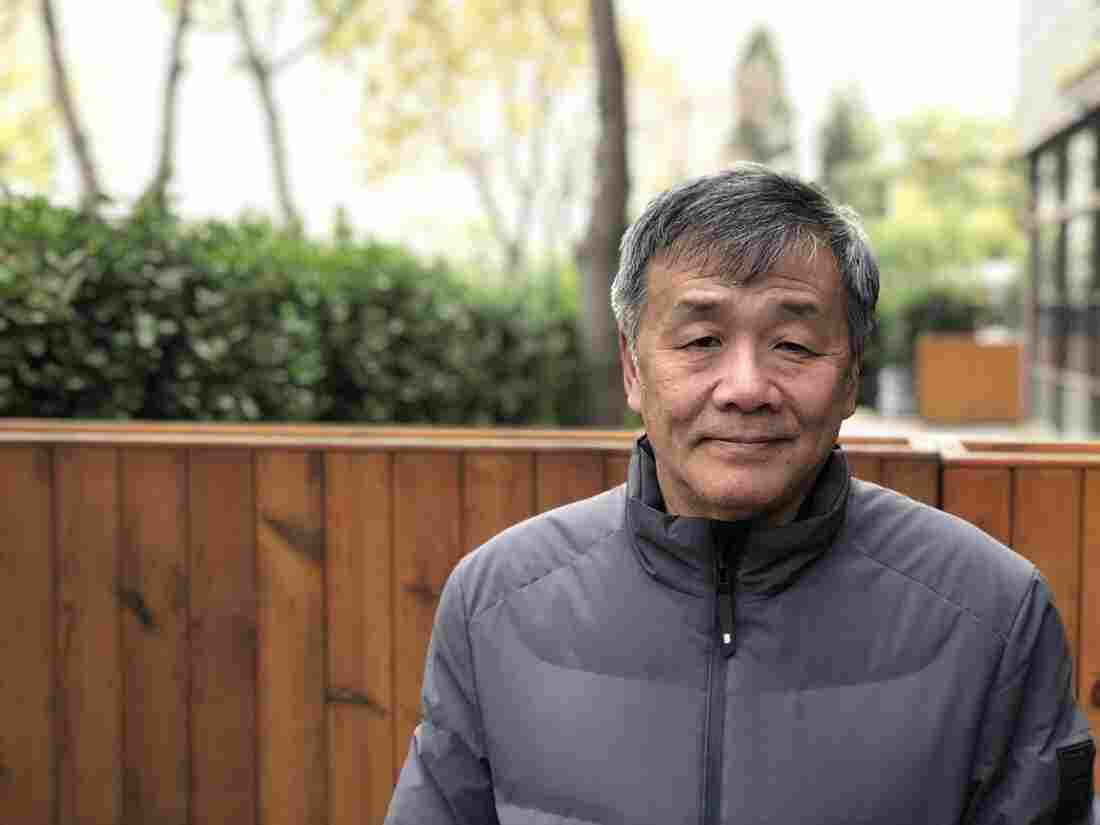 Sheng Hong is director of the Beijing-based Unirule Institute of Economics. He's one of a growing number of critics within elite circles in China who are criticizing China's handling of the trade war. Rob Schmitz/NPR hide caption 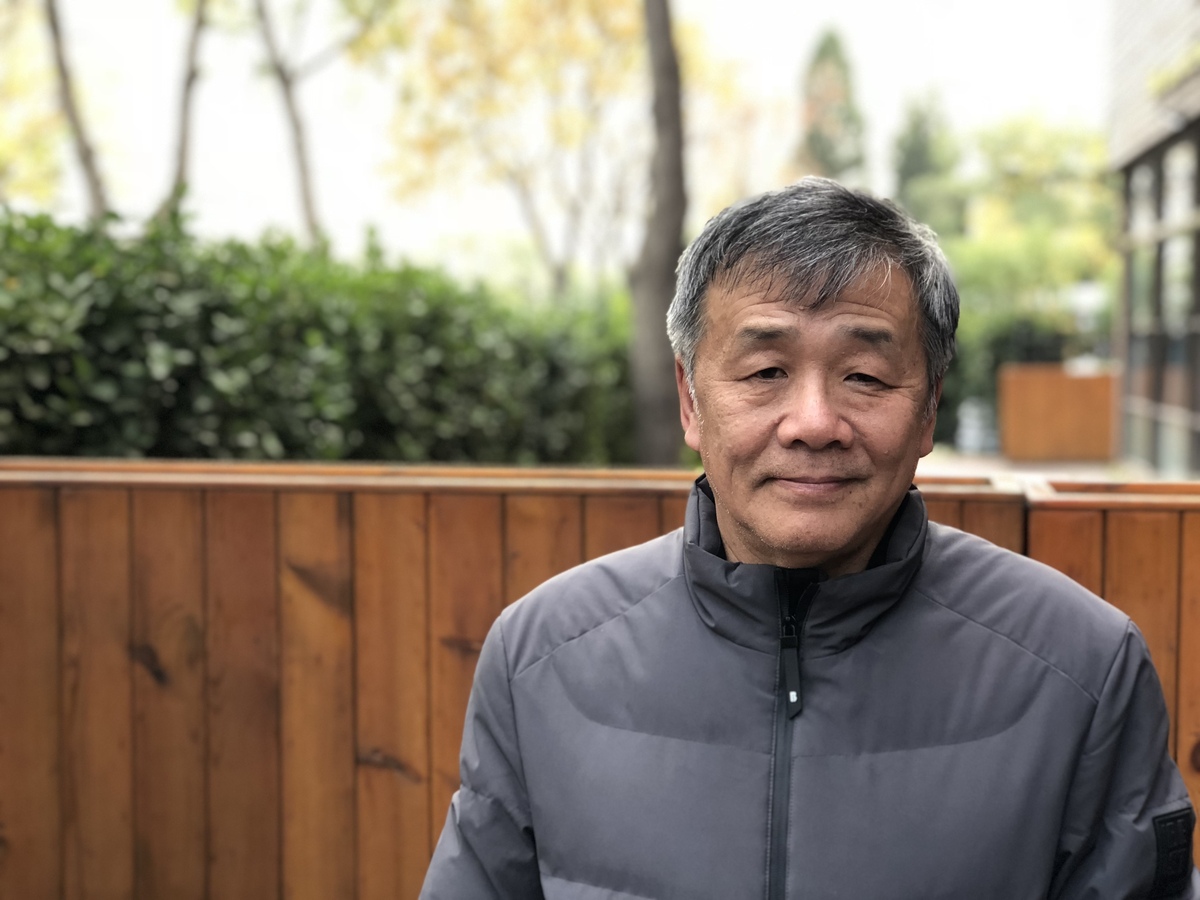 Sheng Hong is director of the Beijing-based Unirule Institute of Economics. He's one of a growing number of critics within elite circles in China who are criticizing China's handling of the trade war.

On the day he became leader, Xi Jinping gave a speech about his dream for China. "To achieve the China dream," Xi said, "we must take a Chinese path."

That path, Xi went on to say, was forged by decades of Communist rule and thousands of years of Chinese civilization. It's a path that some in Beijing believe has led China straight into a trade war with the world's largest economy.

"This trade war is not between China and the U.S.," says economist Sheng Hong. "It's a war between China's most powerful political interest group on one side, while the U.S. and the people of China are on the other."

The trade fight has escalated as President Trump has ramped up tariffs and China has met them tit-for-tat. Trump and Xi are scheduled to meet at the Group of 20 summit in Buenos Aires, Argentina, on Saturday, where many on both sides hope they can manage to cool off the conflict.

"If China yields to the U.S. request for fair trade, this will be good for all Chinese," says Sheng, who heads the Unirule Institute of Economics, a think tank in Beijing.

Sheng says China seems to have abandoned the decades-old policy of reforming its markets and opening up trade in favor of a new "China Model" of state capitalism dominated by the country's state-owned enterprises. It's a model he believes is incompatible with fair trade and is damaging China's economy.

"The so-called 'China Model' assumes economic growth is due to government control and the contribution of state-owned enterprises," says Sheng. "This is not in line with the facts. One hundred percent of Chinese companies were owned by the state in 1978, and our economy was terrible. As the state gave up market control to the private sector, our economy grew. We must keep doing that."

That's why Sheng and other prominent intellectuals in China, such as Zhang Weiying of Peking University, have sacrificed their careers to publicly criticize their government's handling of trade negotiations with President Trump.

They argue that what Trump is asking for — further opening China's markets to the private sector and eliminating unfair competition from China's state-run companies — will not only be good for U.S. companies, but also for the Chinese people, because China's private sector employs three times more people than its state-run sector, and it accounts for the lion's share of China's economic growth.

"Private companies have contributed to more than a 90 percent increase in China's GDP," says Sheng, "So the so-called 'China Model' doesn't exist. There's only one model: the market economy."

But Xi has dug in his heels, China's economy continues to outpace much of the world, and China's leader has continued to promote the state-heavy China model. "Xi has kind of painted himself into a corner," says Arthur Kroeber, author of China's Economy: What Everyone Needs to Know. "He's said 'We have this China model, it's doing its own thing, China needs to become this great power.' He can't back down from that."

Kroeber says Xi's style of leadership is a departure from former Chinese leader Deng Xiaoping, whose credo for dealing with the outside world was "Hide your strength and bide your time."

"The genius of Deng Xiaoping's 'hide and bide' strategy is that it gives you a lot of freedom of movement," says Kroeber. "You have not committed yourself to anything specific that it would be difficult to back down from."

Kroeber says the problem with Xi's assertive style is that when he's challenged, as he is now by Trump, he has to stand his ground, and that can become costly. The economist Sheng says it already has. China's government has taken a larger share of the economy's GDP in the first half of 2018, he says.

"This is very dangerous," says Sheng. "They've taken a considerable amount and they continue to take more. There's no stopping them. They can't stop even if they wanted to. If they keep taking more, this will all collapse."

Last month, Sheng was stopped by airport security as he was about to board a plane to Boston, where he was going to give a talk at Harvard.

"They said if I left China, it would threaten state security. I was shocked," he recalls, laughing.

Weeks later, an affiliate of Sheng's think tank was shut down, leading him to cease operations of the Unirule Institute of Economics. He says Beijing's inability to listen to criticism from within is like riding in a car with a filthy windshield: speeding ahead without seeing the road while enjoying the beautiful views out the side windows – at some point, says Sheng, you're bound to crash.

In the audio of this story, as in a previous Web version, we incorrectly say that the authorities in China shut down the Unirule Institute of Economics. The think tank opted to close after its affiliate was shut down.