Accessibility links
Amber Ruffin Says What!? Comedian Amber Ruffin discusses her work on Late Night with Seth Meyers, imbibing on Drunk History, and writing a musical about bigfoot. Then, she plays a game about cryptids. 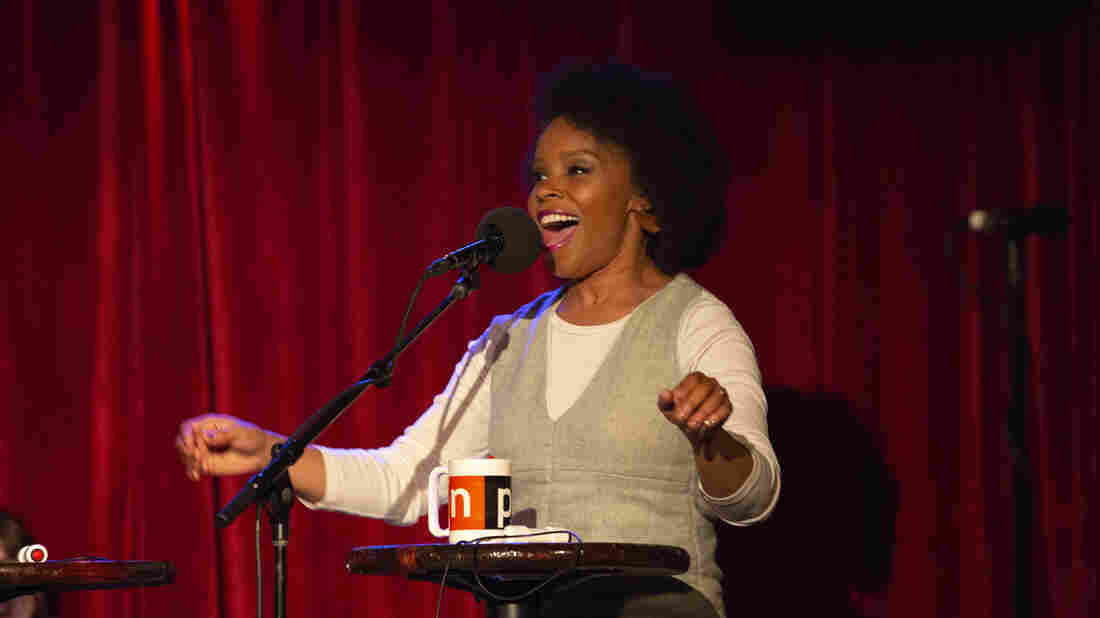 Amber Ruffin appears on Ask Me Another at the Bell House in Brooklyn, New York. Nickolai Hammar/NPR hide caption 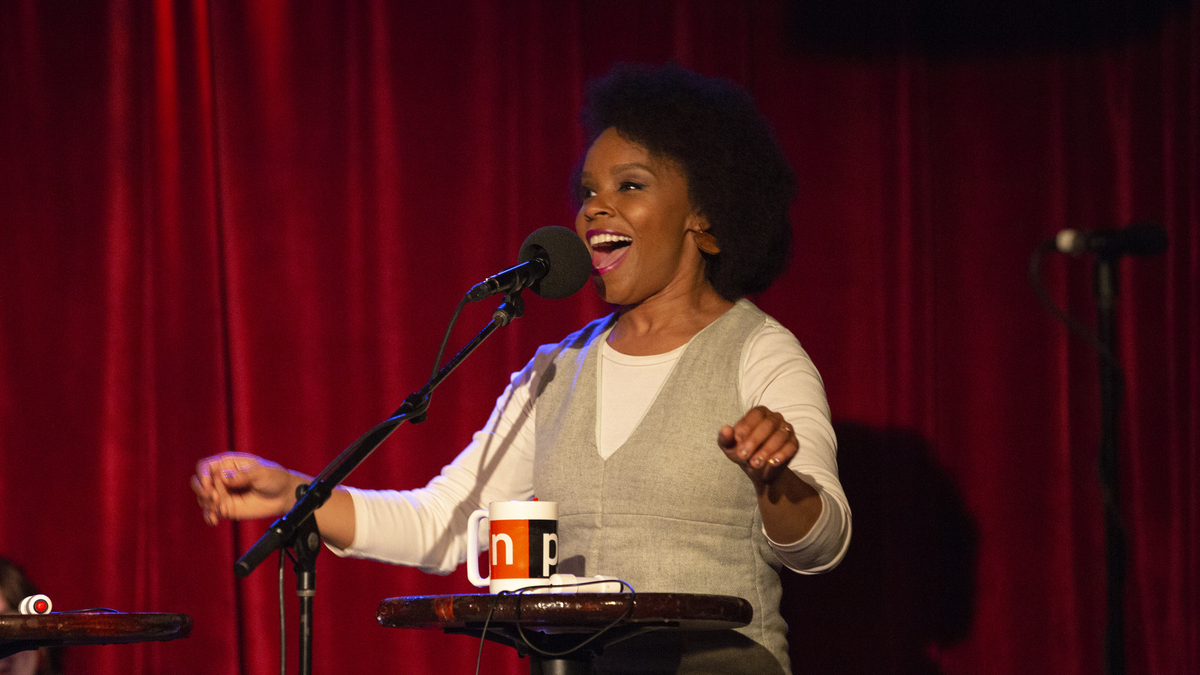 Amber Ruffin appears on Ask Me Another at the Bell House in Brooklyn, New York.

Before Amber Ruffin began writing for Late Night With Seth Meyers, she performed with Boom Chicago in Amsterdam and The Second City. However, a rejection from Saturday Night Live marked a turning point in Ruffin's career.

Ruffin recalled that two days after the audition, she was nannying back in Los Angeles when she received a phone call from Seth Meyers. "I assumed he was calling to say 'I'm sorry you didn't get SNL.' It never occured to me that he had a late night show and that he would want me to write on it."

Meyers initially hired Ruffin as a writer, but as her role on the program expanded, she has become one of the show's breakout performers, featuring in popular segments such as "Jokes Seth Can't Tell," "Amber's Minute of Fury" and '"Amber Says What."

"I came up with 'Amber Says What' because of the Olympics. That guy from Tonga had all that oil on him and no clothes and I was like, 'What!?! There are families at home watching this and your thighs, sir, are glistening.' So I just wrote a 'What' about that Olympics, and we ended up doing it again. And then 'Minute of Fury' just came from, you know, racism in America."

In addition to Late Night, Ruffin also appears as a narrator on Drunk History. Ruffin said that as an intoxicated narrator, she usually does not have to worry about having one too many of her drink of choice, vodka redbull. "For Drunk History it doesn't matter...they will fix it so you look like you didn't go throw up"

Among Ruffin's recent projects is Bigfoot, The Musical, which began as a part of the "Serial Killers" show at Sacred Fools Theatre Company in Los Angeles, but has evolved to have its own run at the Majestic Repertory Theatre in Las Vegas this past summer.

For her Ask Me Another challenge, Ruffin competed against Michelle Wolf in a game about lesser known mythical beasts.