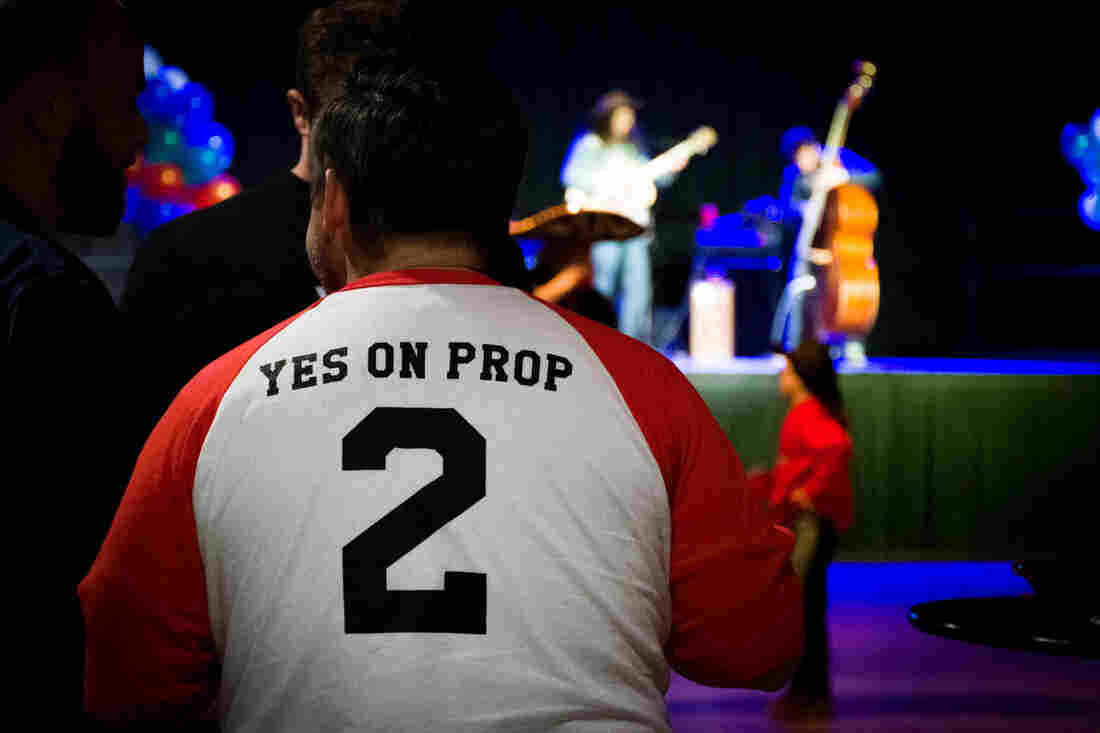 A Proposition 2 supporter waits for results on election night at a watch party for patient advocates in Utah. Renee Bright /KUER hide caption 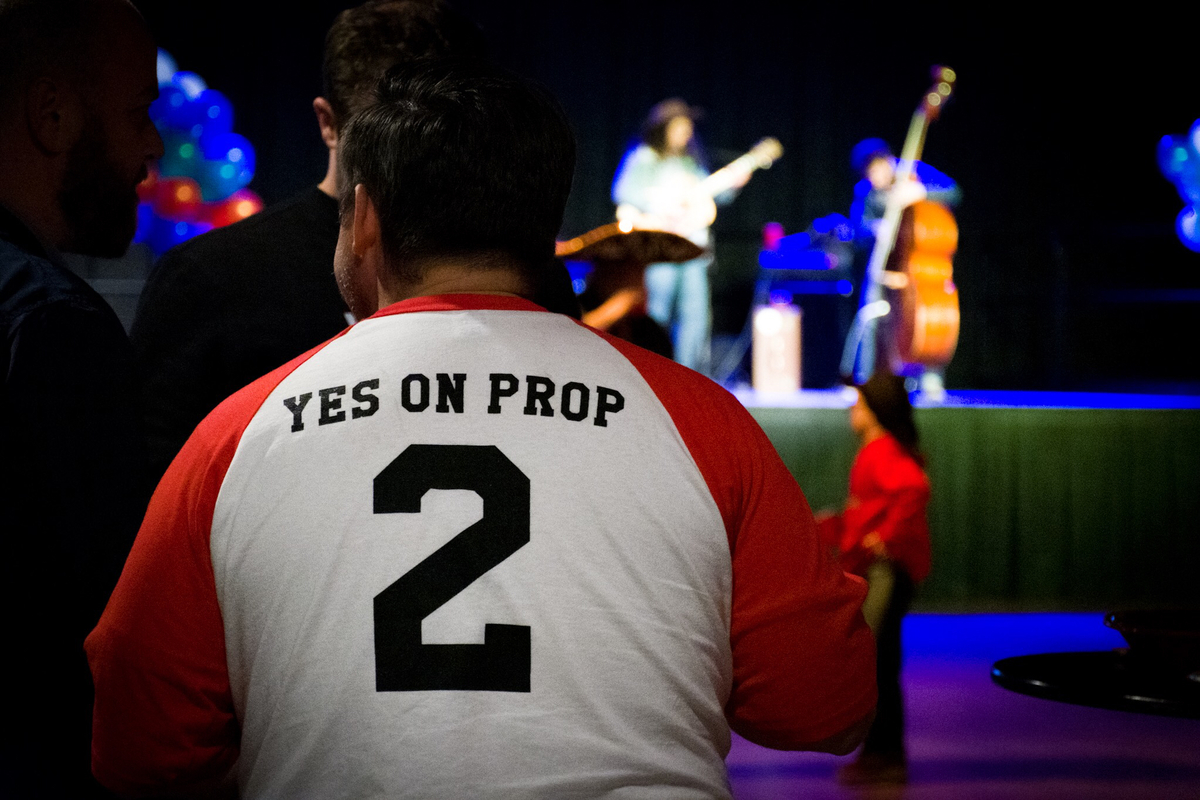 A Proposition 2 supporter waits for results on election night at a watch party for patient advocates in Utah.

Utah lawmakers are getting ready to meet in a special lame-duck session on Monday to rewrite a medical marijuana law that voters passed this November. Patient advocates are saying the move is an end run around voters.

For the past year, Julie King, the mother of four from Saratoga Springs, Utah, has been a vocal proponent of medical marijuana after she discovered she has an adverse reaction to opioids.

Over the summer, King was diagnosed with a subset of sarcoma, a rare form of cancer. "Cannabis is an option for me for this very rare, very highly recurrent cancer, and I want it as an option," she says.

She, like thousands of Utahans, signed onto a citizen-led petition to put medical cannabis onto the ballot this November. The initiative, called Proposition 2, passed with nearly 53 percent support, but not without controversy.

In early October, a coalition of Republican lawmakers — joined by doctors, some pro-cannabis advocates and leaders in the Mormon church — announced that regardless of whether the measure passed, they would draft another version of the law shortly after the election. This version, they said, would address concerns about public safety.

"I think we are trying to strike a strong middle ground on how we deliver for patient access, medical marijuana, in a safe way and also protect the public from unintended consequences," said Utah House Speaker Republican Greg Hughes at a press conference announcing the deal.

Those unintended consequences include, he said, keeping the drug out of the hands of children and opening the door to recreational pot like in neighboring Colorado and Nevada.

The new bill, released just before Thanksgiving, narrows the list of qualifying illnesses and tightens the distribution, sale and format of the drug.

Julie King has read the new legislation, all 187 pages and says she's not a big fan. Among her concerns is that the bill was mostly crafted behind closed doors, excluding patient advocates, and conceded to demands from opponents like the Mormon church, which has a large influence on Utah's politics. 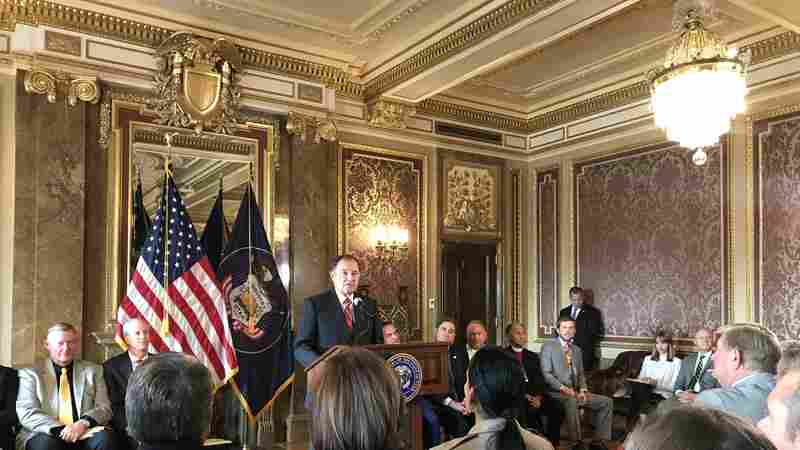 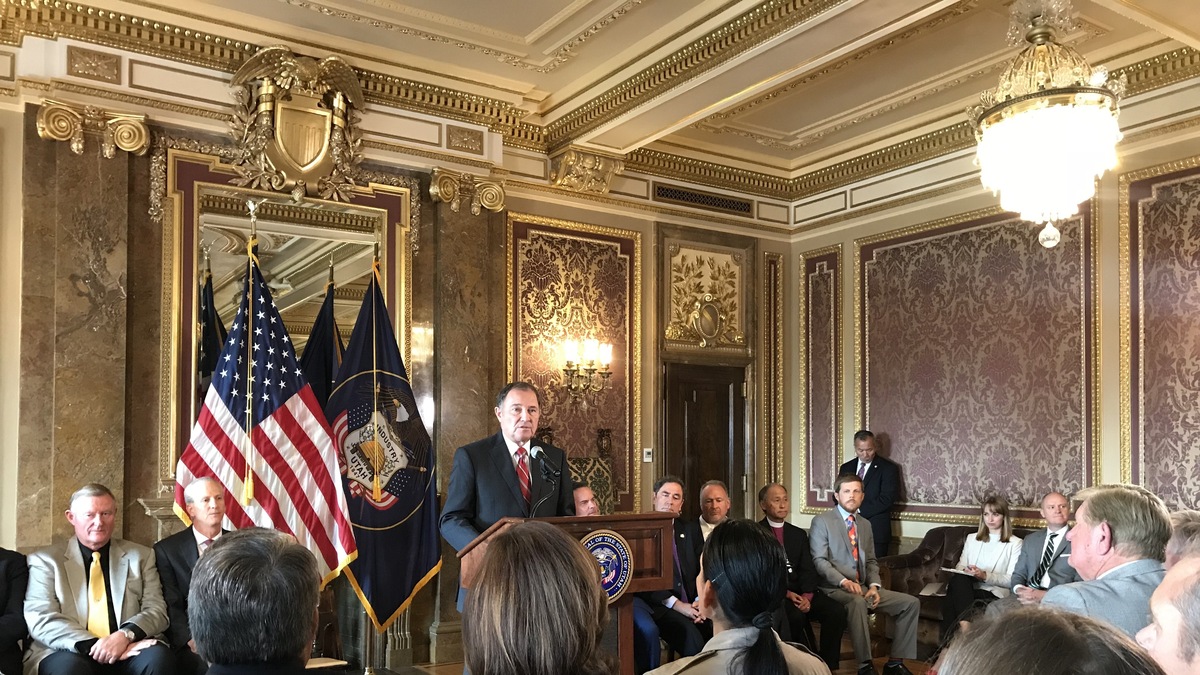 In the newest version, King would qualify for a card as a pain patient but would have to make her case before a "compassionate use" board.

The rewrite has become so contentious that two of the main patient groups that helped launch Proposition 2 have split — one in support of the deal, the other threatening to sue.

During the bill's only public hearing, more than 70 people signed up to speak, mostly in opposition. Rocky Anderson, representing the two patient groups, Together for Responsible Use and Cannabis Education and the Epilepsy Association of Utah, said it was a capitulation to the opponents of Proposition 2. "This is not a compromise piece of legislation."

"I operate from reality and not fantasy." He says while he wishes the legislature would leave the measure as is, that's not going to happen.

"The Legislature has the full authority to repeal an entire ballot initiative if they wanted to. That's kind of why we entered into these negotiations in anticipation of their trying to gut what we had done in Proposition 2," he says.

Much of the criticism surrounding the overhaul is related to involvement by representatives from The Church of Jesus Christ of Latter-day Saints, which objected to Proposition 2 but are now backing the compromise.

Gov. Gary Herbert, who plans to sign the bill, has defended the church's seat at the table.

"I think certainly the LDS Church has influence because most of the people of Utah, the majority, happen to members of that church," he said at a news conference this month. "But you could say the same thing if you were in Massachusetts about the Catholic Church."

He said the deal they've struck will allow the state to control access and quality of the drug in a more medical setting.

"I don't know why anyone would be opposed to this," said Herbert.

Julie King says she is and she'll be bringing her daughter to the state Capitol on Monday to watch lawmakers.

"I kind of jokingly said to her, 'I'm going to show you how Utah politics works. A bunch of white guys in suits are going to stand up at a podium and they're going to congratulate each other.' "

King says the latest version of the bill would create a pecking order for patients, something she's not sure she has the time to deal with.

"Honestly, I tried to fight the process the right way — to get it medically and legally — and the reality is, if this revision passes the way it exists," she says,
"I'm going to have to access it illegally and face the consequences."