Accessibility links
University Of Michigan Ensemble 'Gives A Voice' To Nazi Prisoners Through Unearthed Music While conducting research at the Auschwitz-Birkenau Memorial and Museum, a music theory professor discovered manuscripts of music that haven't been heard since World War II. 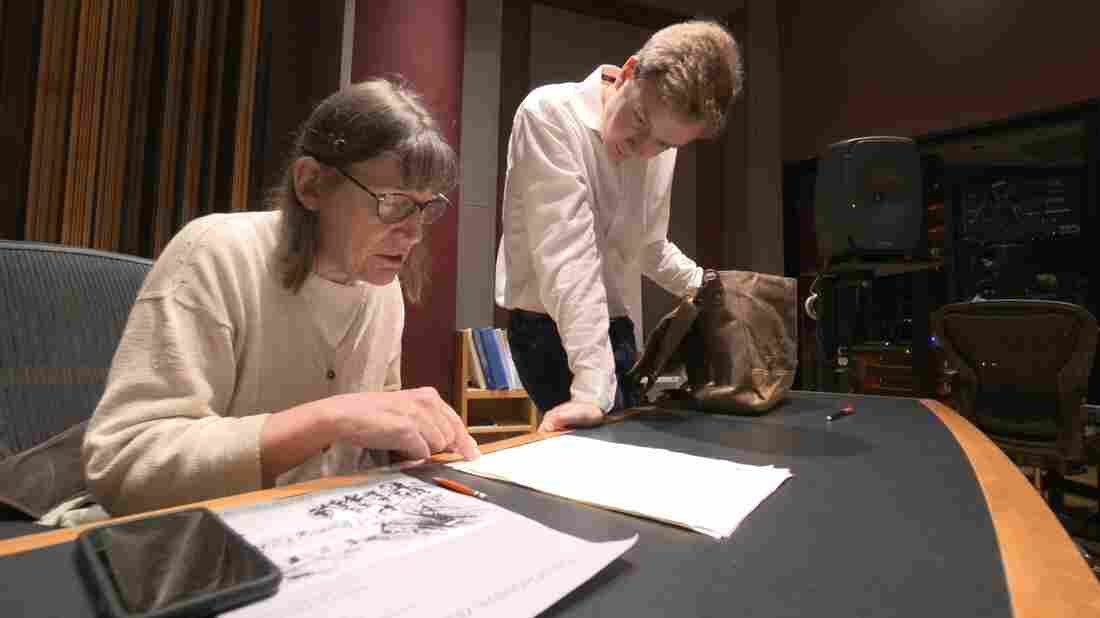 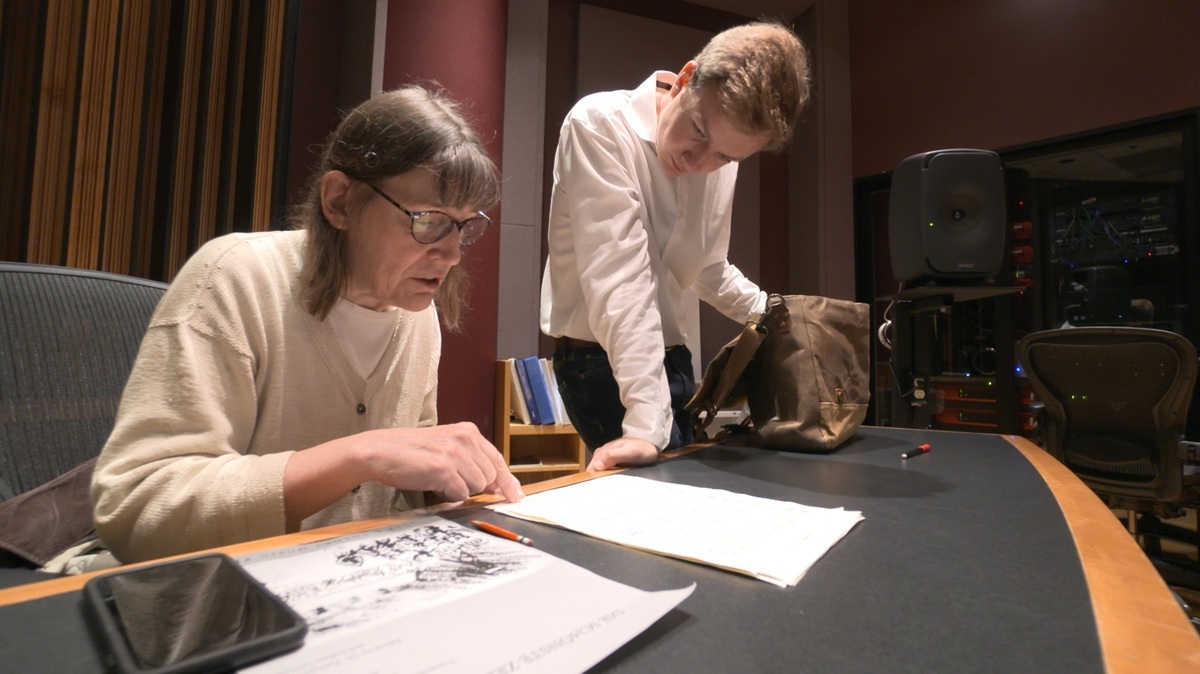 Professor Patricia Hall and graduate student Joshua DeVries discuss the music manuscript for "The Most Beautiful Time Of Life" at University of Michigan.

While conducting research deep in the archives at the Auschwitz-Birkenau Memorial and Museum in Poland last summer, Patricia Hall, a music theory professor at the University of Michigan, discovered something unexpected. Professor Hall unearthed manuscripts of music arranged and performed by prisoners in the Nazi death camps. A buoyant foxtrot titled "The Most Beautiful Time Of Life" stood out to Hall, and has now been recorded by Michigan's Contemporary Directions Ensemble. The ironically optimistic titles of the compositions amidst their tragic context surprised Hall. "I just couldn't imagine what titles like that were doing in a death camp," Hall says.

As Professor Hall looked over the manuscript, she noticed three prisoners had carefully written out parts in ink. It was then that she decided to call upon musicians and conductors at the university to make a recording for the archive and, in Hall's words, "give a voice to this manuscript."

Two of the arrangers signed their prisoner numbers to their work, making it possible for Professor Hall to track down their names. The musicians' distinctive handwriting allowed the professor to identify other compositions they had a role in, even if they didn't sign their prisoner numbers to pages. However, details surrounding the third arranger remain sparse. "He's a bit of a mystery and I would love to know who he is," Hall says.

But even if their musical talents were appreciated by the Nazis, Hall says many of the musicians of Auschwitz were not spared from the camp's brutalities.

"There was one particularly sadistic SS member in the camp who would take out member after member from the orchestra take them to block 11, the execution block, and shoot them," Hall explains.

The archive in which Hall conducted this emotionally taxing research is located in block 25, where the musicians slept. The original tile floor remains, as does the weight of the prisoners' horrific experiences. But the tenacity of the Auschwitz I Orchestra now lives on through the University of Michigan's "The Most Beautiful Time Of Life" recording, which hasn't been heard since it was first arranged and performed by prisoners in the World War II death camp.

"It's one thing to study something in an archive, but it's quite another to, as I say, give it a voice, give it life," Hall says. "I never would have imagined, just looking at this manuscript, that it could have sounded so beautiful."