Accessibility links
Office Real Estate Is A Game Of Chance For New House Members Incoming House freshmen drew numbers for where their new offices would be in January. Luck determined whether they'd get a room with a view or one in the rafters.

2:25
Office Real Estate Is A Game Of Chance For New House Members 2:25 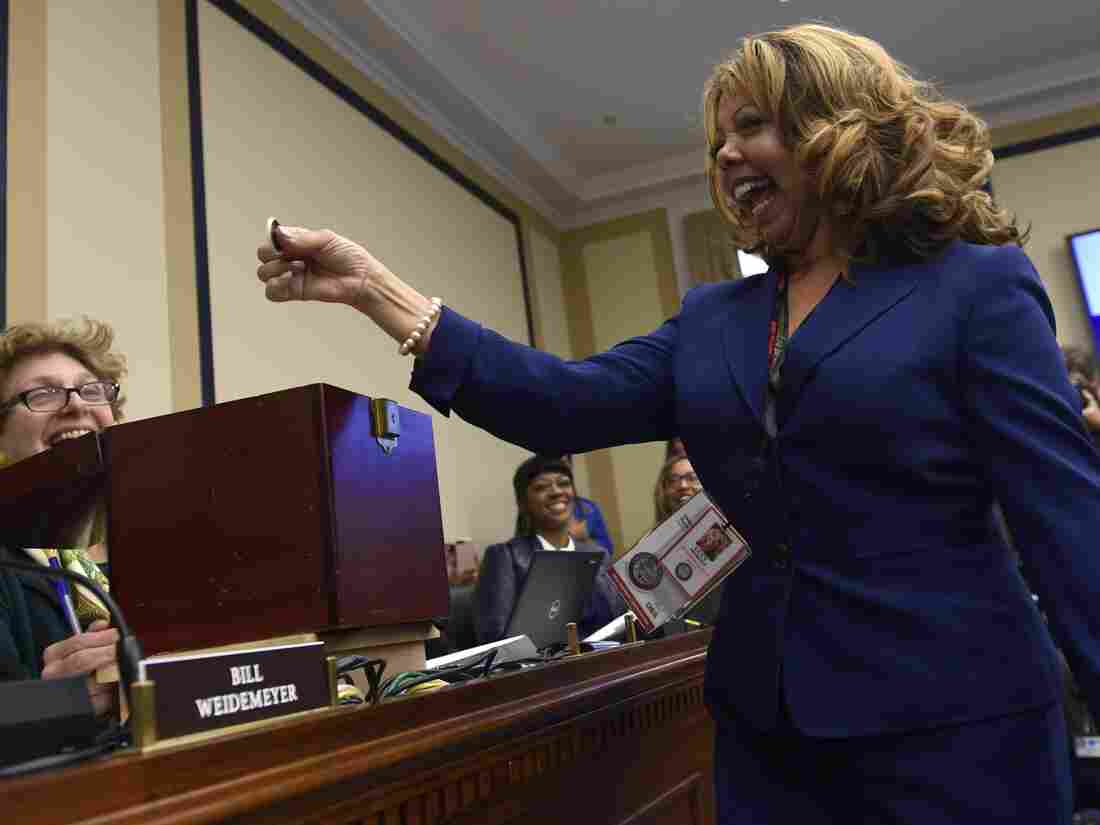 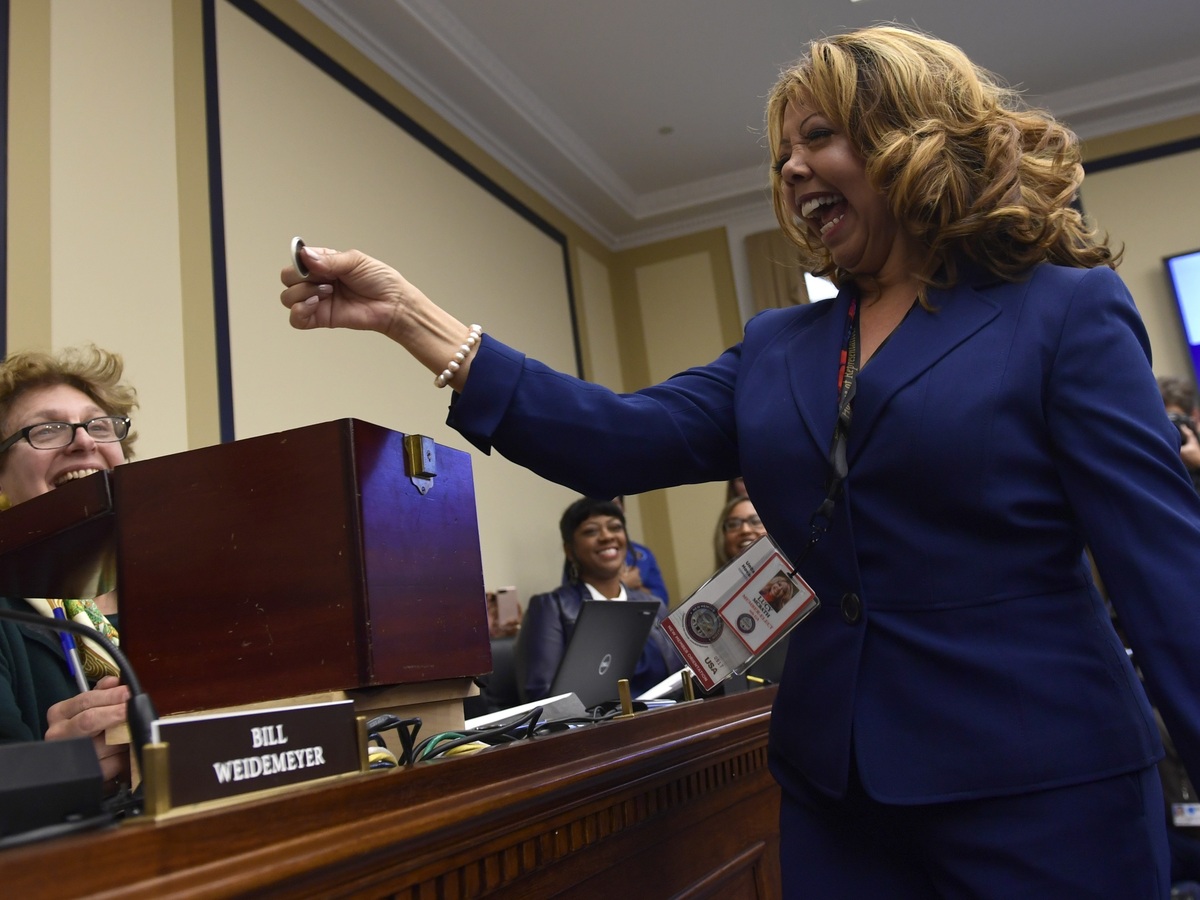 Rep.-elect Lucy McBath, D-Ga., reacts after drawing her number during the Member-elect room lottery draw on Capitol Hill in Washington on Friday.

In a small room in one of the U.S. House office buildings on Friday, newly-elected members of Congress, along with their staff and press, were squished together for one of the last activities of congressional orientation: the office lottery.

The lottery is the answer to how incoming freshmen get to pick their office spaces. Since no member has seniority, it's all a game of chance.

Each member marches up to the front of the room and reaches into a box that's holding numbered buttons - 1 through 85. If they get a low number, they'll be one of the first to choose an office. Those with high numbers miss out on primo office space.

Superintendent of House Office Buildings William Weidemeyer encouraged the new lawmakers to embrace pre-drawing rituals by remarking that historically, there's a connection between doing dances for good luck and the number drawn.

Democrat Sharice Davids of Kansas took the advice to heart and did push-ups before pulling her number.

I strategized. I did pushups for good luck. And I still didn’t get a very good number in our office draw. I’ll keep working on it. 💪🏽 pic.twitter.com/UoTzzvVpn2

Democrat Deb Haaland of New Mexico says she felt hopeful as the lottery was getting underway.

"Through the years, I'm kind of a person who's won the raffle and had the lucky ticket for the door prize. It's a little bit of fun because there's some chance to this," she says. "The truth is that I'm thrilled to be a member-elect and will be honored regardless of what office I get, even if there's a long walk. I'll just wear my flat shoes."

The recipient of lucky number one was Virginia Republican Ben Cline,who gained the first choice of office space for the term.

His colleagues gave him a standing ovation. 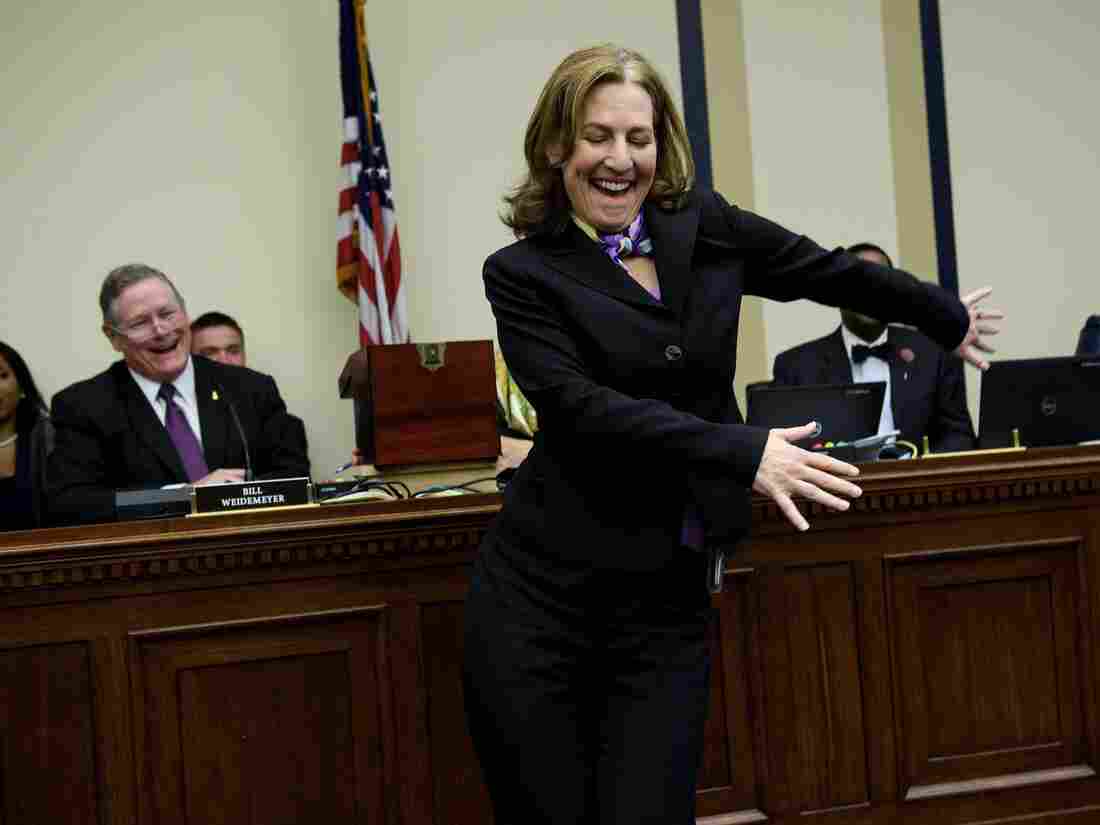 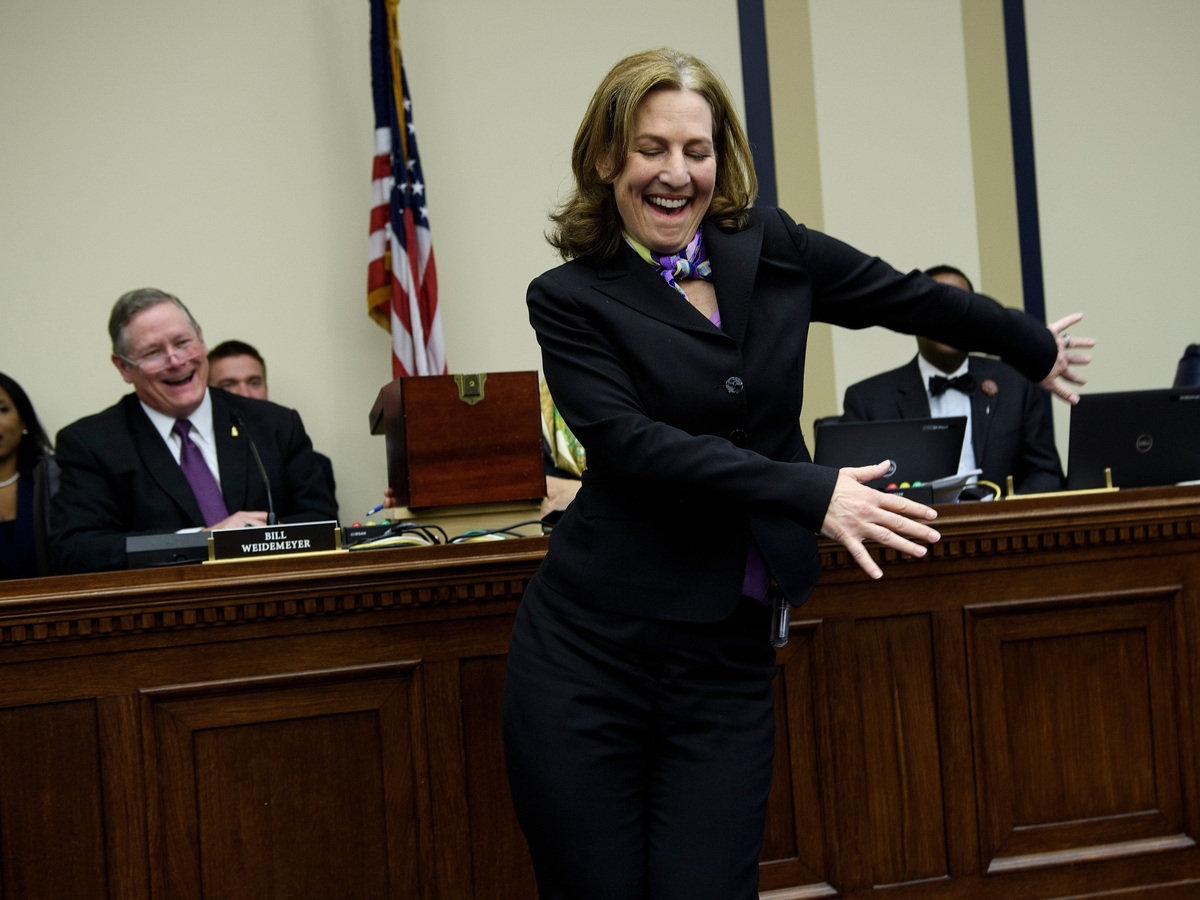 U.S. Representative-elect Kim Schrier (D-WA) does the flossing dance before drawing a number during an office lottery for new members of Congress on Capitol Hill Nov. 30, 2018 in Washington, DC.

One new lawmaker who had some previous experience with lotteries was California Democrat Gil Cisneros. He actually won the real lottery back in 2010 - one that had a jackpot of $266 million.

But this time, luck wasn't on his side - he drew number 72. The room groaned for him.

Once the draw ended, the day turned into a combination of apartment shopping and scavenger hunt.

Cisneros roamed the tunnels of the Capitol with his wife Jacki, navigating hallways filled with couches, lamps and fridges of the outgoing members.

They decided to be realistic and begin with the Cannon House Office building, which has generally smaller offices that don't have a view of the Capitol.

Cisneros weighed several factors when looking at potential offices, including proximity to where he'll have meetings, whether it has a bathroom or windows and whether its location will be convenient for his staff.

"To be honest, I'm just happy to be here," he said. "If the alternative was no office at all, I'm not going to really be disappointed."

Another freshman, Republican Steve Watkins of Kansas, pulled number 20 out of the box and wasn't just looking for an office but also a place to temporarily call home.

"I'm going to be staying and living in my office and so my priorities were to find a place that lent itself to that," he said.

In the end, Watkins got a dynamite spot in the Longworth House Office building with plenty of square footage for a cot.

Cisneros got the space he wanted, but because it's on one of the top floors of Cannon, he's going to need to build in ample time for his long walks to the House floor to vote.