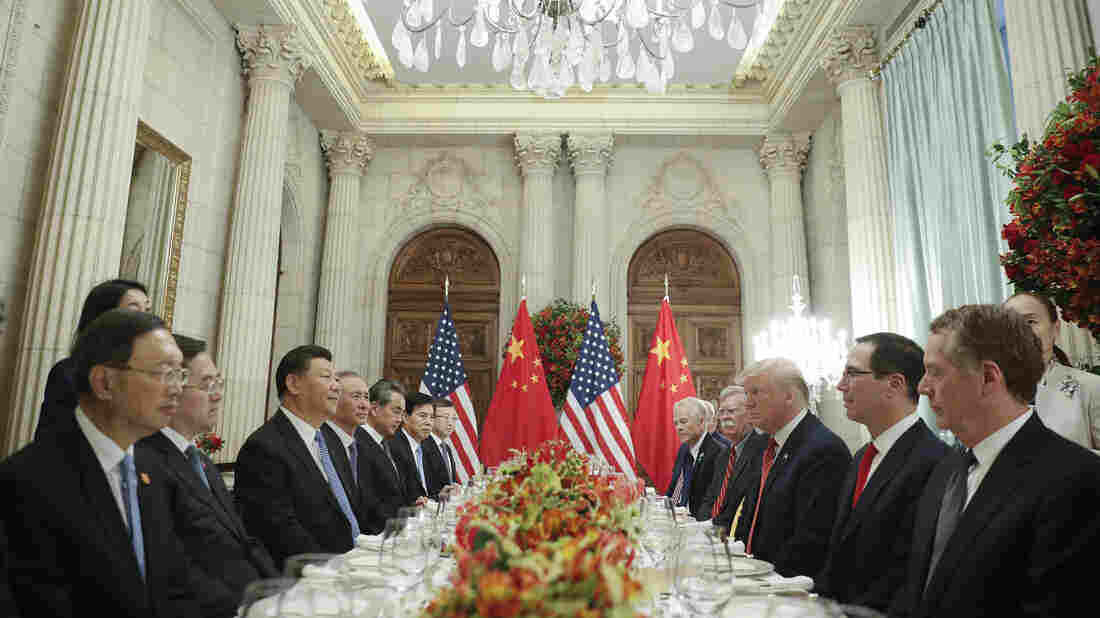 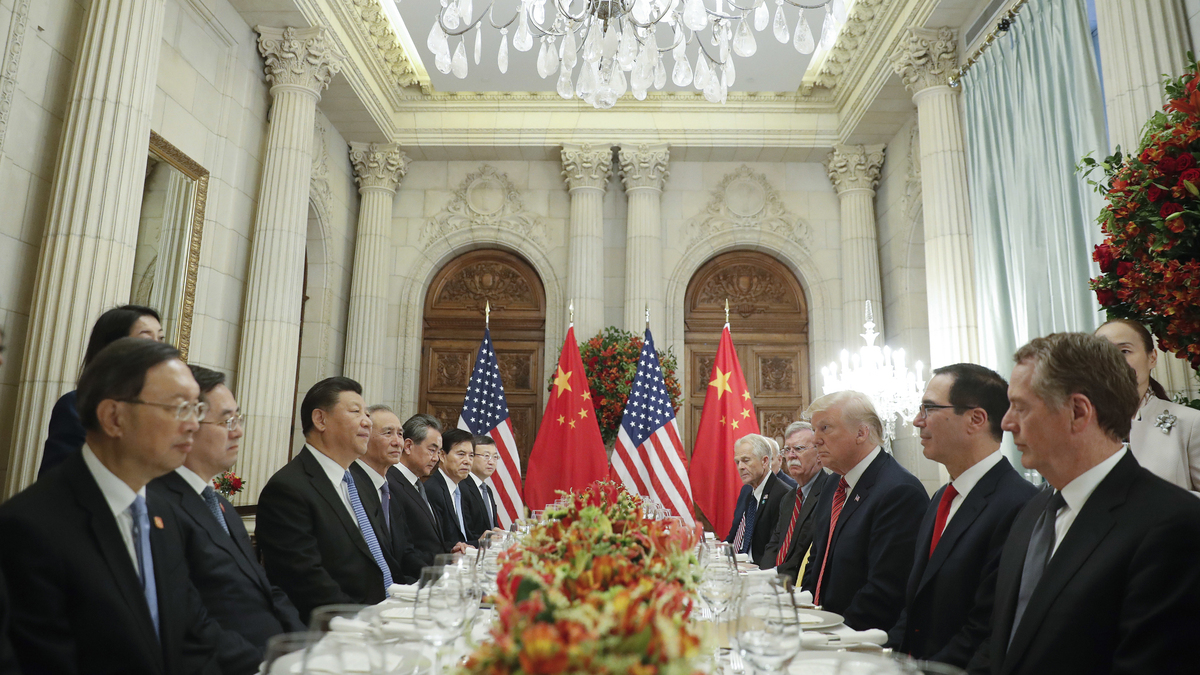 President Trump and Chinese President Xi Jinping agreed Saturday to a 90-day halt on new tariffs, hailed as a cease-fire in the countries' trade war.

President Trump left the Group of 20 summit in Argentina with an agreement not to raise tariffs on Chinese goods in the next 90 days, the White House said. The deal amounts to a cease-fire in the series of escalating, tit-for-tat tariffs the U.S. and China have imposed on each other's goods throughout the year.

Before Trump met his Chinese counterpart, Xi Jinping, the U.S. had been scheduled to increase tariffs on $200 billion of Chinese goods from 10 percent to 25 percent on Jan. 1. The agreement keeps those tariffs at 10 percent for at least the next 90 days while the countries negotiate further. The White House also says China has agreed to buy more American goods, although it did not specify how much.

Although the U.S. and China agreed to halt the trade war, it wasn't immediately clear whether they had made any progress on the issues that caused it. The White House said intellectual property rights was one of the areas on which China agreed to negotiate further, but it did not say whether that topic had been discussed at the meeting.

On Air Force One returning from Buenos Aires, the president also told reporters he would move to cancel NAFTA, the trade agreement with Mexico and Canada. Trump and the leaders of those countries signed an updated trade deal, the U.S.-Mexico-Canada Agreement, or USMCA, at the G-20.

USMCA requires congressional approval to take effect, and getting it through Congress could be a challenge. Trump framed canceling NAFTA as a way to force legislators' hands. "Congress will have a choice of the USMCA or pre-NAFTA," he said. 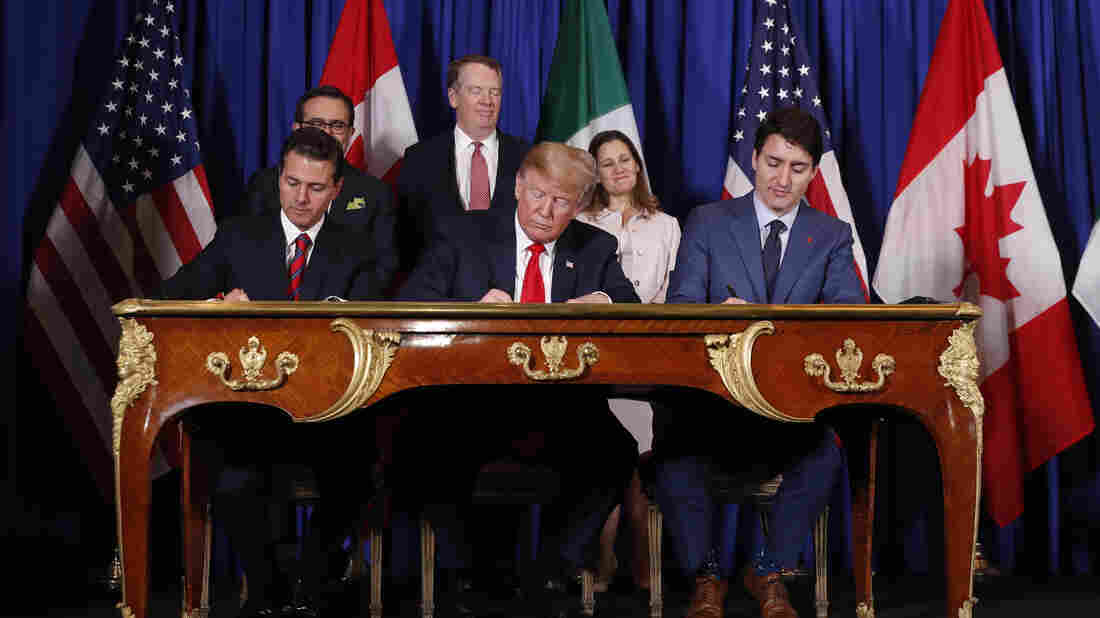 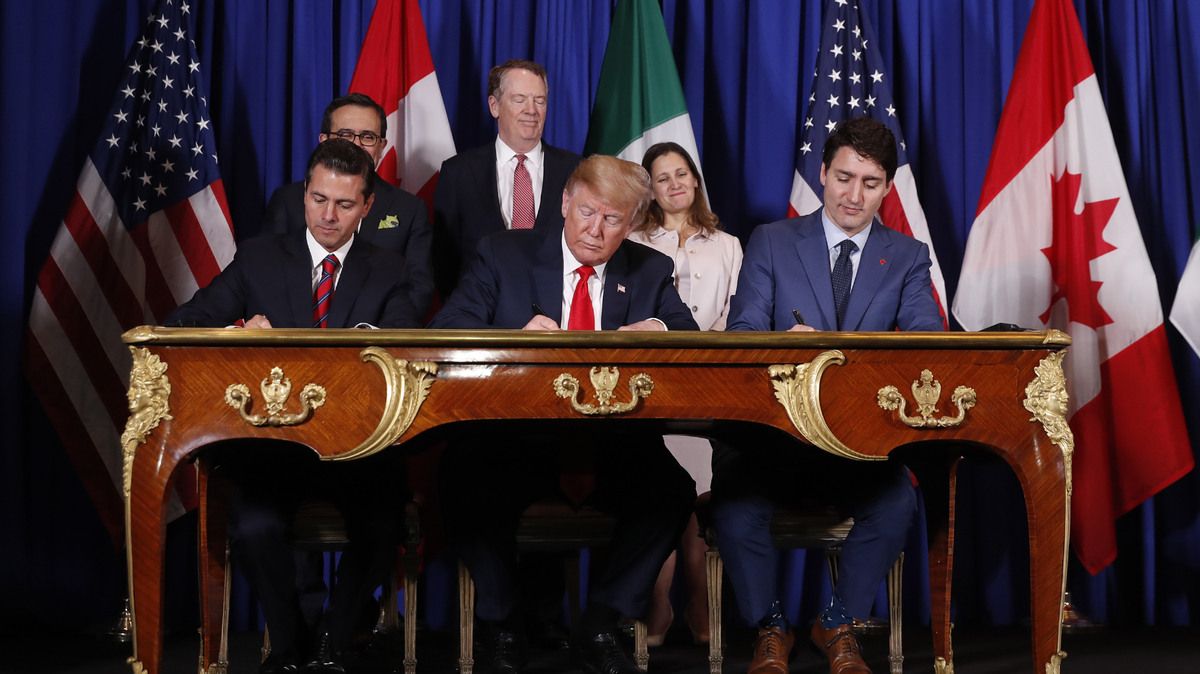 Announcing USMCA in October, Trump called it "the most important trade deal we've ever made by far." Throughout his presidential campaign and as president, Trump has trashed the 25-year-old NAFTA as a lopsided deal that allows Canada and Mexico to take advantage of the U.S. His top trade representative has said in a joint statement with Canada's foreign minister that USMCA "will result in freer markets, fairer trade and robust economic growth in our region."

But at the signing ceremony Friday, Canadian Prime Minister Justin Trudeau pointedly called the deal "the new North American Free Trade Agreement," declining to use its official name. Economists' reaction to the deal has been mixed. One economist said that even with USMCA, "trade is going to be less free in North America than it was when President Trump took office."

Other news in the U.S. took some of the spotlight off of Trump's trip. Leading up to the G-20, Trump had planned for a bilateral meeting with Russia's Vladimir Putin. He canceled that meeting abruptly after his former lawyer pleaded guilty to lying to Congress, including about the Trump Organization's attempts to do business in Russia during the 2016 presidential campaign. The pair met briefly on the sidelines of an event. Then, the death of former President George H.W. Bush prompted Trump to cancel a planned press conference, he said, out of respect.