Accessibility links
The 50 Best Albums Of 2018 Even in an era when listeners have been primed to expect the unexpected, the best albums of 2018 are full of surprises: a cascade of discoveries, revelations and artistic rebirths. 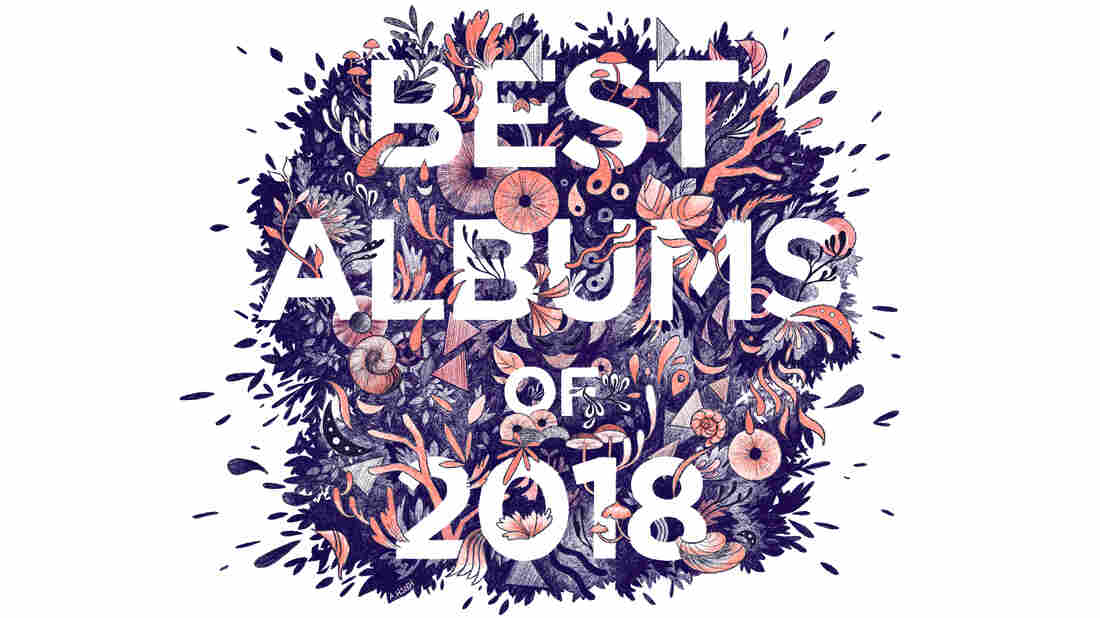 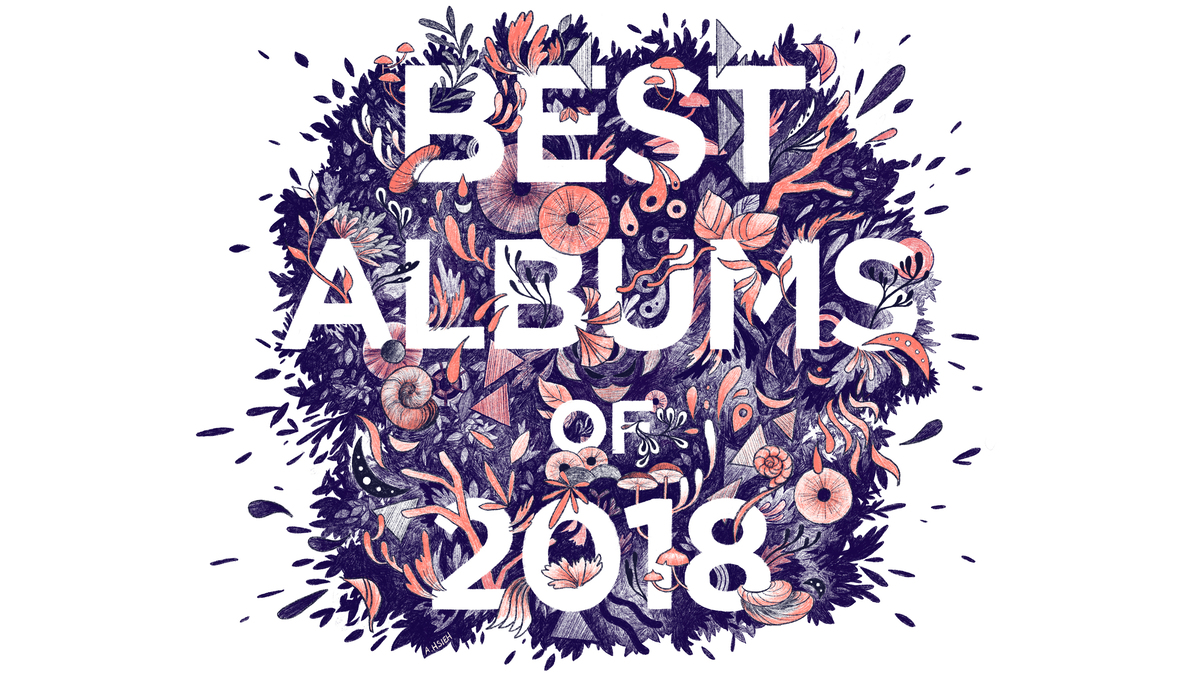 Art is identity, scream these best albums of 2018. Even when it's pure invention. The most striking things we heard this year mined personal experiences that could feel intimate as whispers or bold and overstuffed as superhero science fiction. Even in an era where listeners have been primed for the unexpected, genuine surprises arrived steadily across the last 12 months – a cascade of introductions, breakthroughs, revelations and rebirths to reward whatever precious attention you could give. (Not a huge surprise: Most of them, after the votes from our staff and member station partners were tallied, turned out to have been made by women.) We're happy to share NPR Music's list of the 50 best albums of 2018. You can listen to them here and hear a discussion on the year in music on All Songs Considered. We'll have lots more before the year ends. 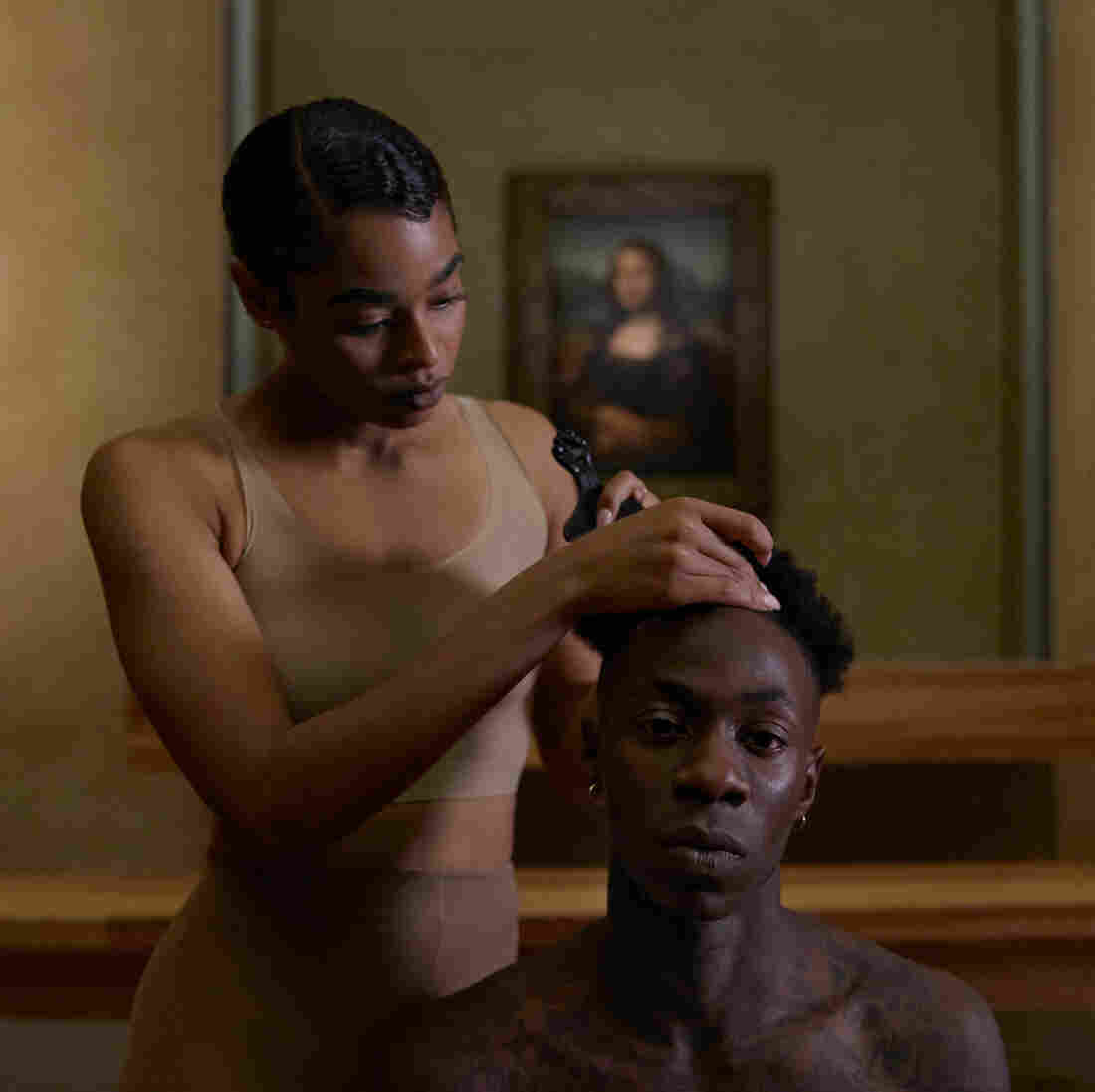 Beyoncé and Jay-Z finally dropped a collaborative album, and it's triumphant in the truest sense of the word: jubilant, victorious. Everything Is Love functions as a state-of-our-union victory lap after a pair of solo albums (Beyoncé's Lemonade and Jay-Z's 4:44) that picked through the debris of a widely publicized marital crisis. Next to the wrenching public reflection of its predecessors, Everything Is Love might feel comparatively slight, especially given how frequently the lyrics back-burner personal revelations in order to rejoice in the accumulation of wealth and status. ("My great-great-grandchildren already rich," Beyoncé notes in "BOSS," adding, "That's a lot of brown children on your Forbes list.") Still, the breathless celebration in Everything Is Love feels hard-won, as music's dominant power couple crafts an infectious, album-length tribute to marital solidarity as the ultimate expression of power. —Stephen Thompson

♫ LISTEN: The Carters, Everything Is Love
■ MORE: Beyoncé And Jay-Z's Celebration Of 'Love' 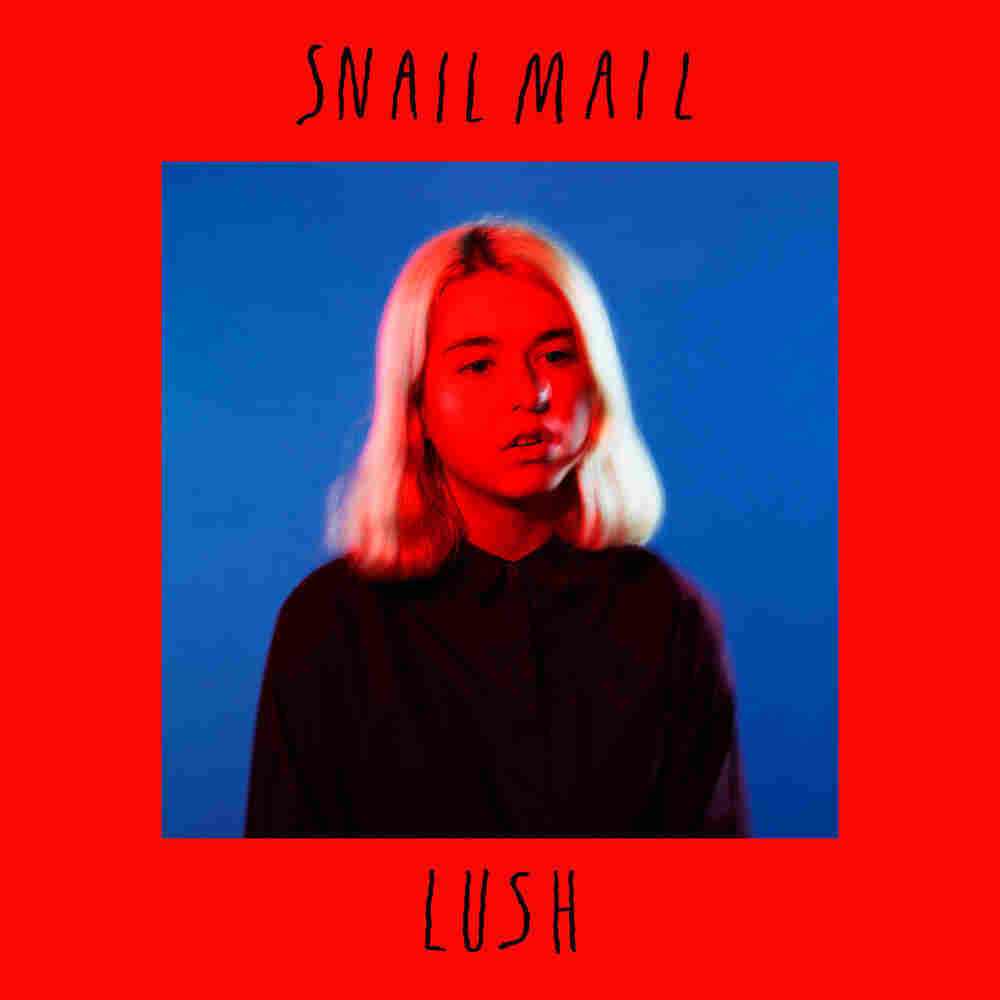 Lindsey Jordan's first full-length record is an introduction, a continuation built on the promise of her EP, Habit — recorded when she was just 15 — and the culmination of a prodigious talent coming into focus night after night on stage. But more than anything, the album's a snapshot of the restless transition into adulthood and defining who we are to become. Despite its big themes, Lush's power comes from its nuanced vulnerability: Snail Mail's bittersweet, incisive songs have a way of describing the mundanity in between the momentous. Yearning over matters of love and heartbreak, Jordan deploys a torrent of open-ended questions at friends and lovers. "Don't you like me for me? Is there any better feeling than coming clean?" she pines to an unrequited crush on "Pristine." On "Stick" she turns inward, second-guessing her motives: "Did things work out for you? Or are you still not sure what that means?"

Centered around Jordan's muted alto and skillful guitarwork — and galvanized by her band — Lush's 10 mid-tempo rockers reveal themselves slowly, defined by complex chord voicings and spacious open tunings. Distorted strums underscore an evocative lyric ("Full Control"); searing riffs unspool in climactic breakdowns ("Heat Wave"). With "Intro" teasing the closer, "Anytime," Lush ends at the beginning, and begins at the end — a closed loop that may not offer finite answers or closure, but mirrors Lindsey Jordan's own flourishing creative arc. Hearing how songs like "Anytime" unwind so deliberately and with such fearlessness, it's clear Snail Mail has so much more to say. —Mike Katzif 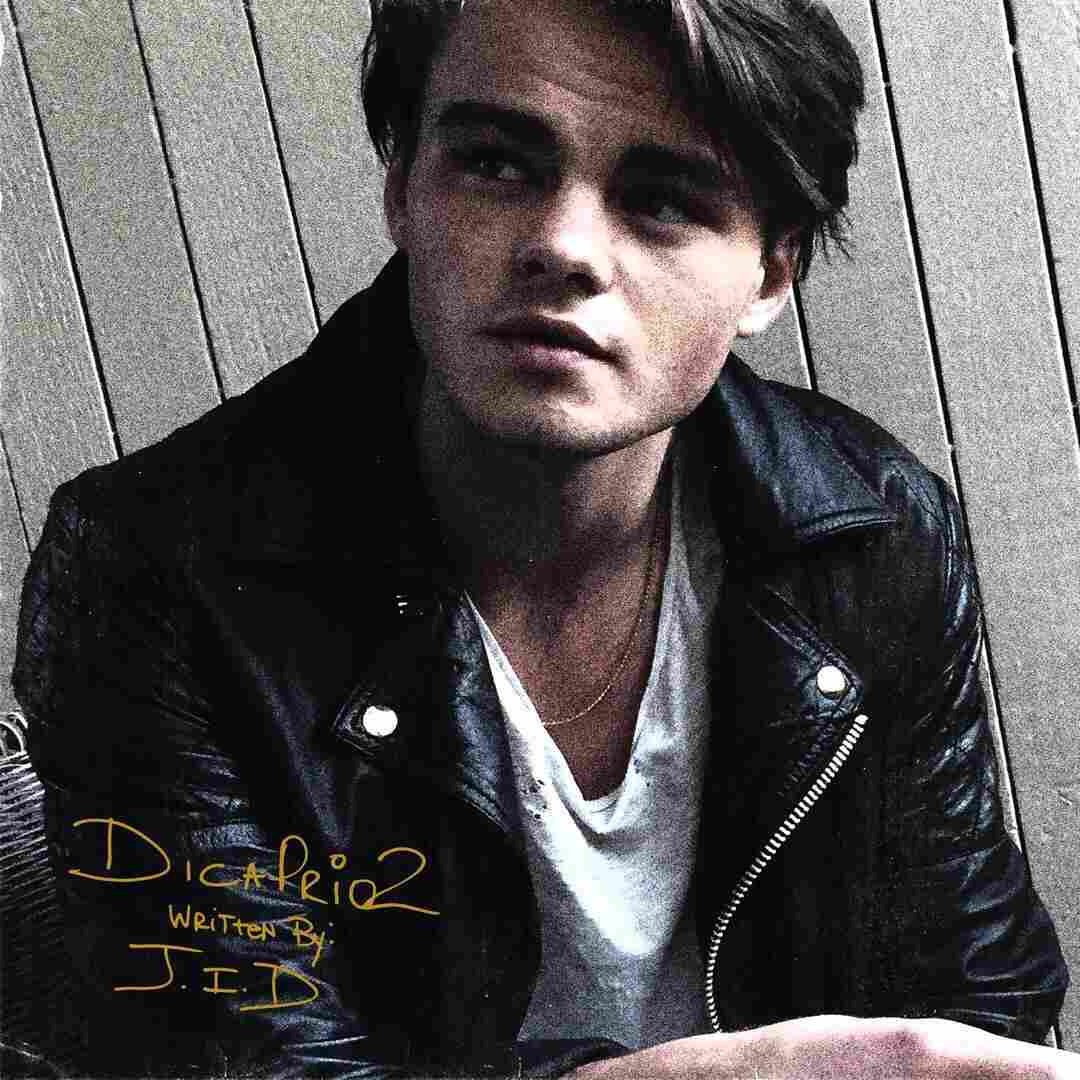 J.I.D is like that kid in your high school gym class who, when it's time to run the mile, laps everybody in the class. And this is after you just saw him smoking behind the building 30 minutes before the bell. The double entendre-filled, motor-mouth flows of the East Atlanta rapper come off so effortlessly on his sophomore album — the level of natural talent is amazing.

Hosted by DJ Drama and including features ranging from Dreamville label boss J. Cole to rap vets like Method Man, J.I.D makes a major play for the position of the next lyrical king, before the Coles and Kendricks of the world are even past their apex. On "Westbrook" (featuring A$AP Ferg), J.I.D reminds himself of his initial hunger to succeed. On "Just Da Other Day," he raps about feeling apprehensive to spend his signing money now that he's successful because of very recent and real memories of being broke. On "Tiiied" (featuring 6LACK and Ella Mai), he relives fallout with a love interest because of jealousy and his mounting success. "Off Da Zoinkys" is an audible turning point in the album's sequencing where J.I.D promises to get himself off drugs like lean and Xanax, substances that have become unfortunate accessories in the genre and contributed to the death of his friend Mac Miller earlier this year. But no matter what song you shuffle to, J.I.D delivers his bars with syncopated precision, heart and gumption. —Sidney Madden 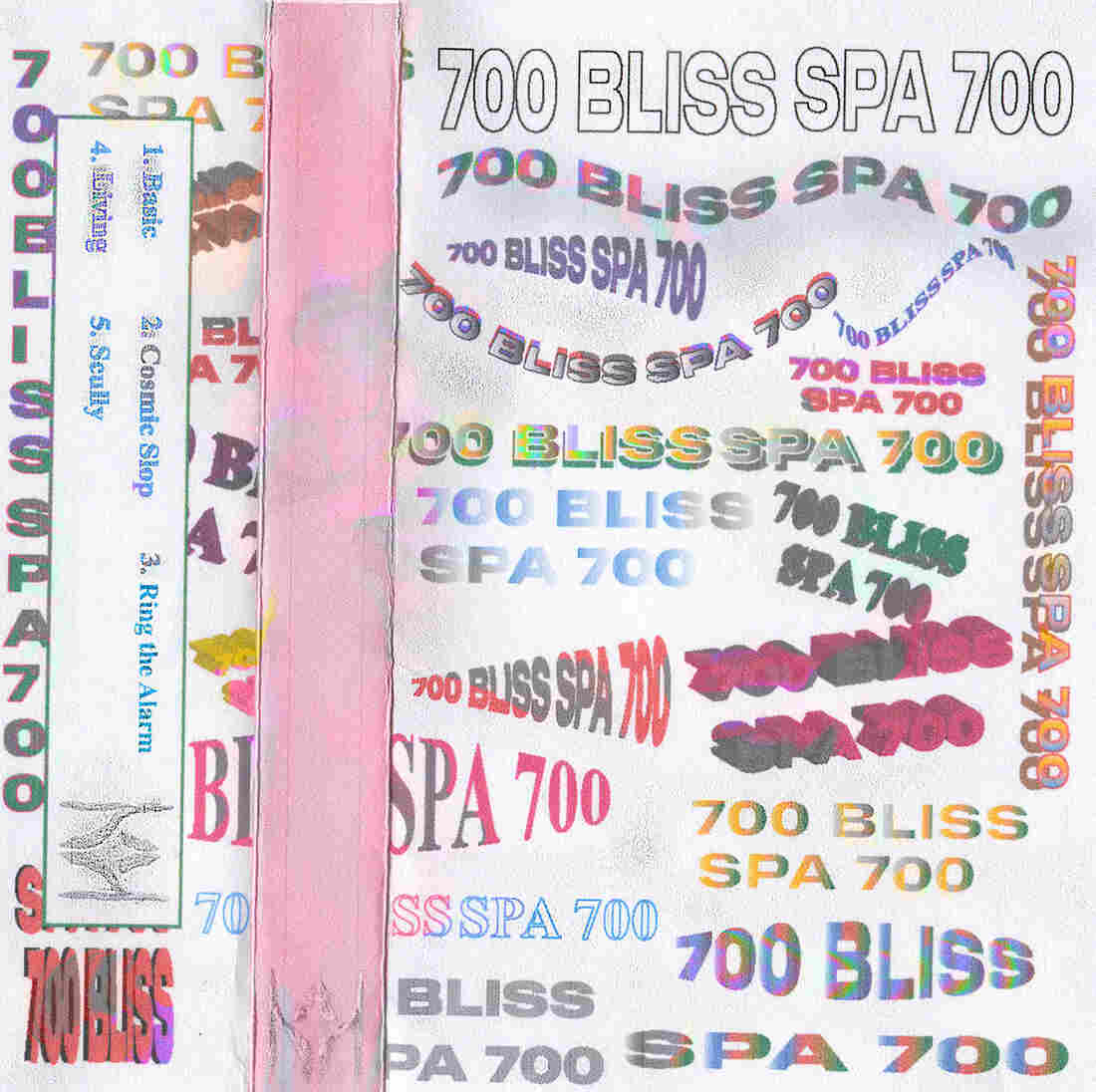 Like a crush, or an orchid, fury thrives when nurtured slowly. For Philadelphia-centric sistren DJ Haram (a Discwoman-degreed Jersey/Philly/Baltimore club agitator) and Moor Mother (rapper, poet, activist-cum-soothsayer), this secret works as shared credo. Their soothingly-titled EP, Spa 700, trims and prunes away at a lifetime's worth of righteous furor — here, toward anti-blackness, the carceral state, the failures of performative allyship — for a work that seems to boom on the force of steadily administered catharsis. All 15 minutes of Spa 700 can feel therapeutic in a vicious way, like one body-aching, head-thrumming, cochlea-sizzling paroxysm. It's pure punk, fueled by the dignity of worthwhile outrage. It's testament, too, to the greatness of solidarity in confrontation; to the strange growth spurt that occurs when made to feel complicit and genuinely unsettled. —Mina Tavakoli 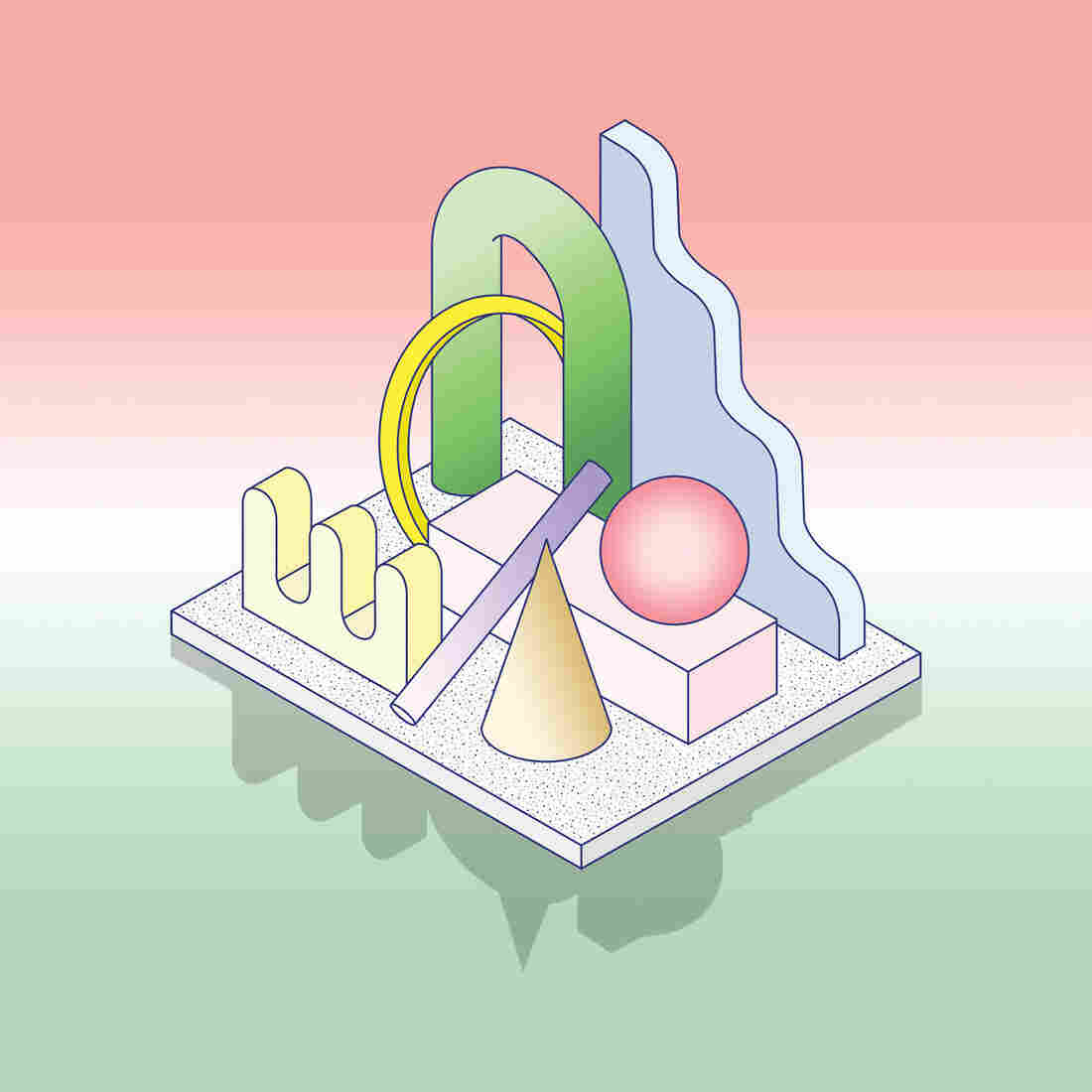 What turned my head when I first heard this album was how the rhythms feel organic yet are produced by digital instruments, paired with clever songwriting and lush sonic landscapes. Balún has refined its innovative take on Puerto Rican music on this album by deftly fusing traditional acoustic stringed instrument with an electronic sensibility to produce a sound that is familiar but also completely new. The band and the album defy expectations of music we expect to hear from Puerto Rico. —Felix Contreras 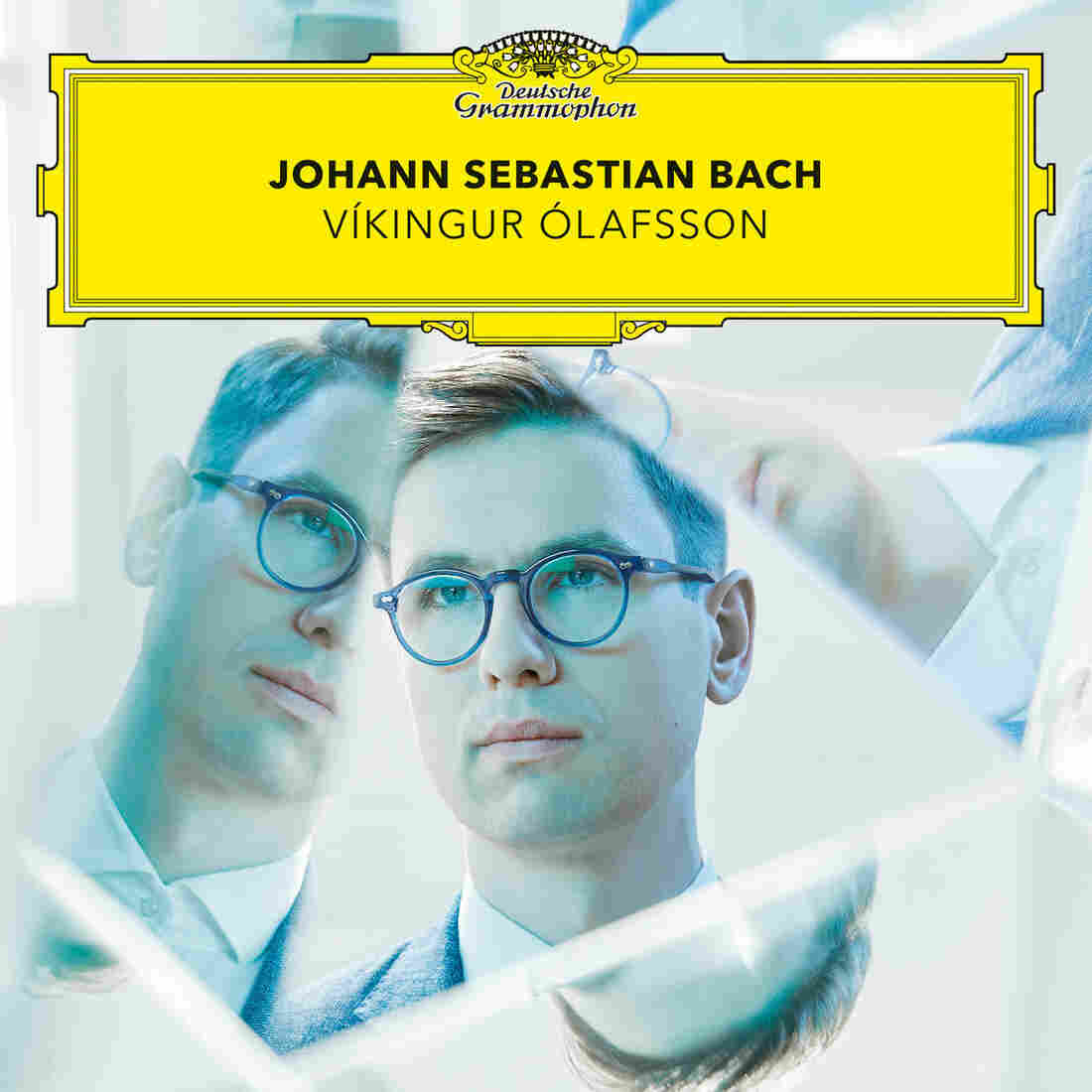 On the heels of last year's incandescent Philip Glass album, Icelandic pianist Víkingur Ólafsson turns to his longtime muse with an album simply titled Johann Sebastian Bach. Like many Bach enthusiasts, Ólafsson perceives the great German composer as a kind of musical nucleus, continuously radiating inspiration. Evidence of the worship can be heard in warm, translucent performances that are personal, poetic and precise.

Ólafsson performs arrangements of Bach's music by a variety of famed pianists, including a hypersonic Choral Prelude (BWV 734) by Wilhelm Kempf, a mesmerizing Prelude (BWV 855a) by Alexander Siloti (Rachmaninoff's teacher) and, best of all, his own tender and probing transcription of "Widerstehe doch der Sünde," an aria from Cantata No. 54. Over a heartbeat pulse in the bass, Ólafsson weaves melodies of uncommon beauty. At the album's core, Ólafsson makes a convincing case for Bach's Aria variata (BWV 989), a lesser-known set of variations (compared to the Goldbergs), finding virtuosity, solace and the spirit of dance within the music. Ólafsson has been dubbed "Iceland's Glenn Gould," but that's not really fair. Here is a thoughtful pianist, thoroughly his own artist, who brilliant performs the music of his master. —Tom Huizenga 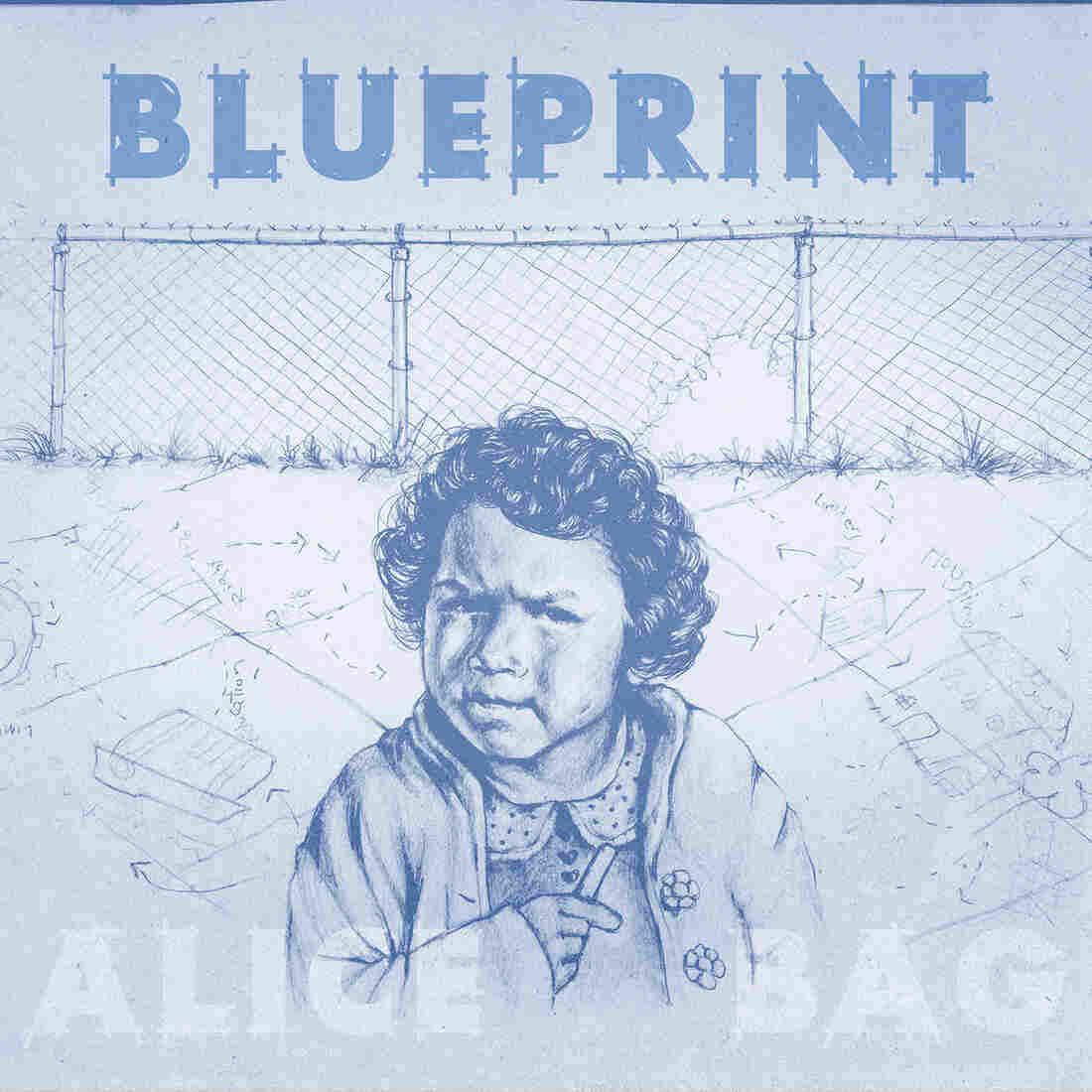 On the eve of the second iteration of the white supremacist Unite the Right march, in Washington, D.C., Alice Bag filled the back room of a conspiratorially maligned pizza place across town with movement. "This march feels like a parade," she sang of very different demonstration, one where agua fresca abounded and storm trooper cops evoked a memory of "gray skies in '70," half a decade before The Bags rehearsed in Alice's parents' East Los Angeles living room.

A November New York Times article titled "The New Punks of Los Angeles" infantilized a rising generation of Chicano punks as adopters of a scene too crucial to have been theirs by birthright. But the first punks of Los Angeles, Alice Bag among them, were brown. This revisionism, too, is a kind of "White Justice." Blueprint is an album that holds even the best intentions accountable. It strips away all the dressery of "we must do better" and "this isn't us" that sits upon a fundamentally fractured foundation. For all the weight of this truth on Blueprint, Bag still finds room to dig her nails into old soil, begin a reconstruction, and hope. —Stefanie Fernández

■ MORE: The Chicana Punk Who Rioted Before Riot Grrrl 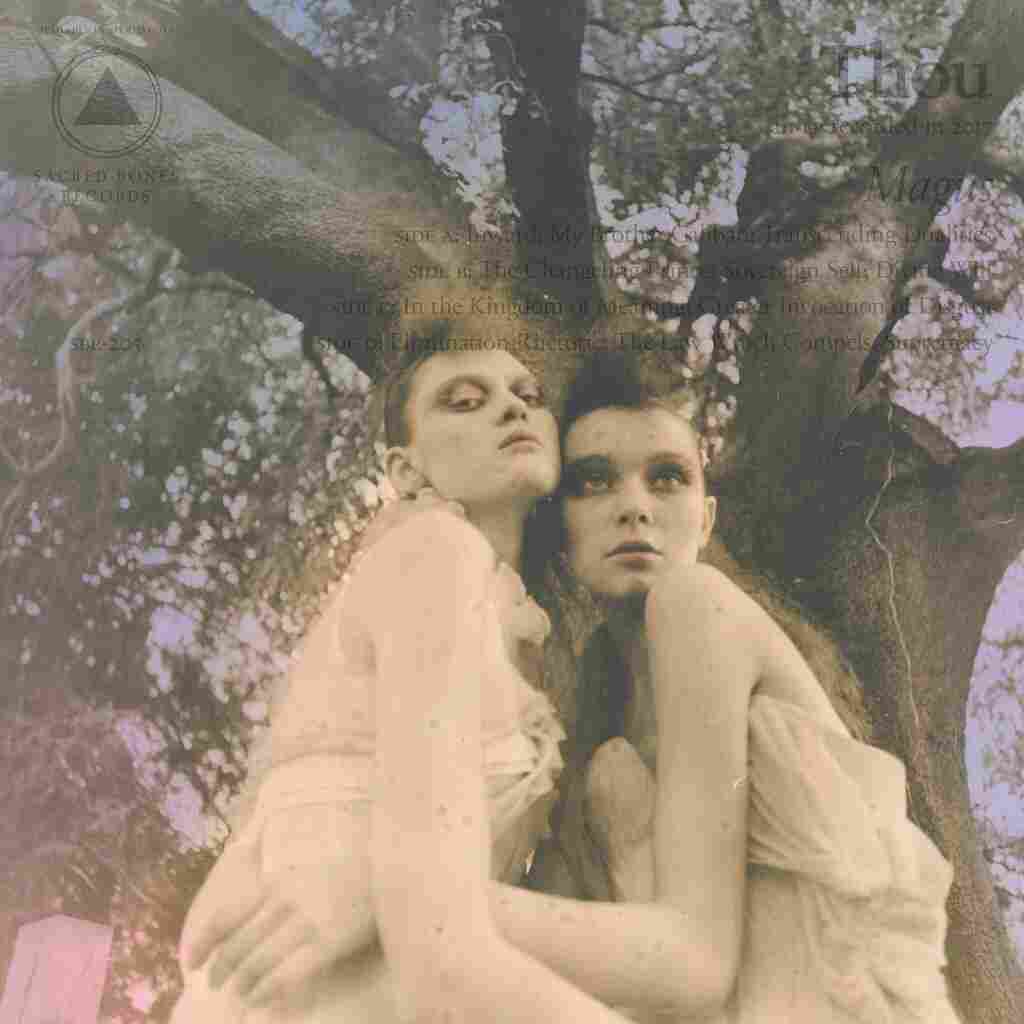 Thou released approximately 3.6 hours of grungy sludgegaze, doom-trodden folk and feedbacker drone across several EPs and split releases in 2018, including a set of Nirvana covers with The HIRS Collective. But for all the filth committed to vinyl, the Baton Rouge metal band coalesces a maelstrom of rage, riffs and ragged beauty on Magus. Now 13 years into the band's existence, these punks encrusted in metallic doom still rail against systematic injustice with exacting fury, but Magus instead focuses inward on identity politics, a self-fulfilling hypocrisy ("Behind the mask, another mask," Bryan Funck snarls in "The Changeling Prince," one of the album's most rallying scream-alongs). Magus takes lessons from those experimental EPs to seamlessly incorporate folkloric melody and drone as a dynamic function of respite from seething passion. But for all of Thou's heavy gloom, the band reminds us there's still hope: "We have sung our anthems of pain. We refuse to exist in our despair. We will find inner sanctum. And so shall we prevail." —Lars Gotrich 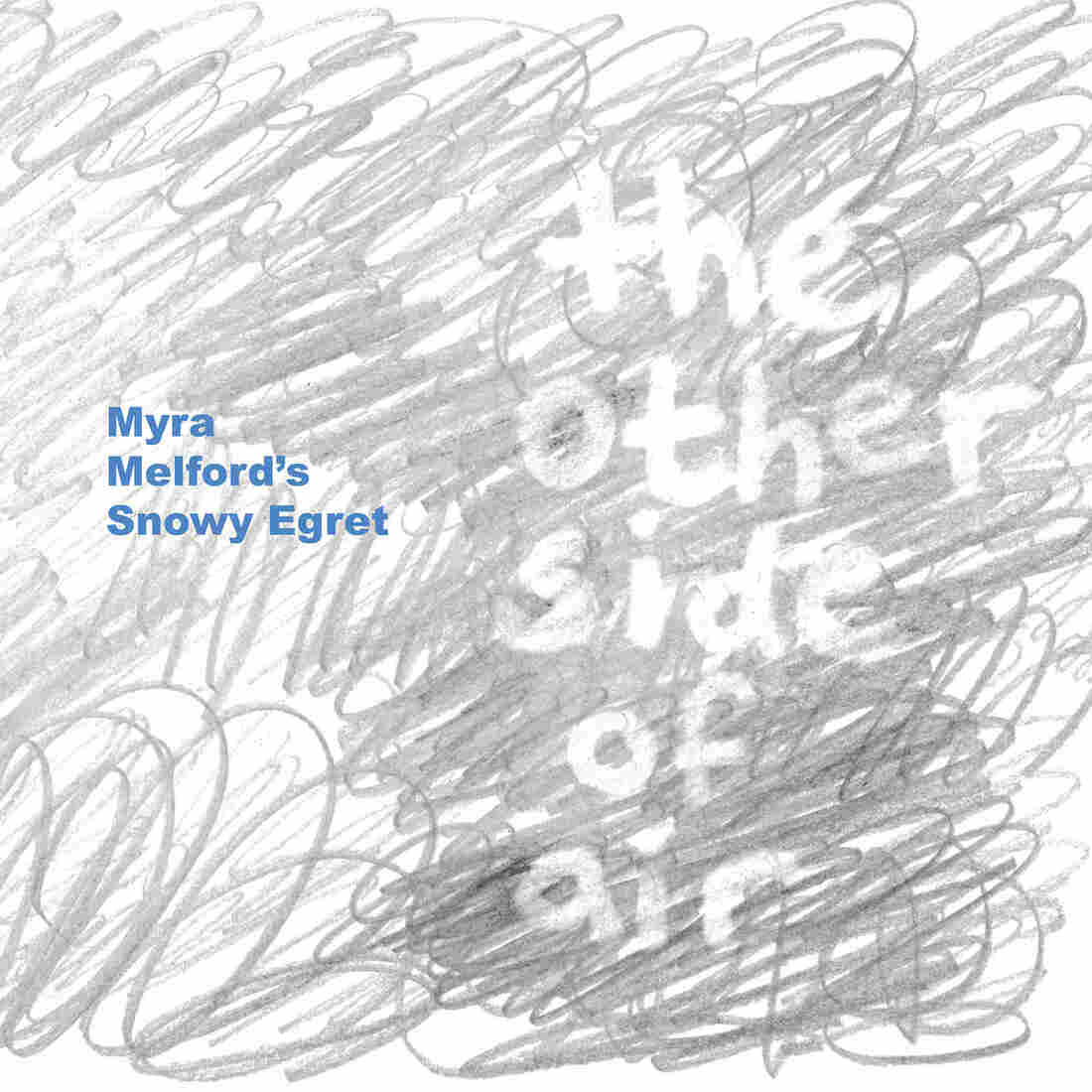 The Other Side Of Air

Pianist-composer Myra Melford has often placed her music at the fulcrum between gleaming beauty and turbulent unrest. So part of what makes The Other Side of Air so impressive is her firm refusal to pick a side. Melford drew inspiration here from a range of sources, notably the work of visual artists, and she proceeded with an understanding of the calm often found in abstraction. Snowy Egret, her seasoned working band, consists of accomplished artists who share that set of convictions: cornetist Ron Miles, guitarist Liberty Ellman, bassist Stomu Takeishi and drummer Tyshawn Sorey. Their bristling interplay suggests an ever-changing picture, but it also speaks to a unified mind. This is music with an endless capacity for elasticity and surprise, along with an affirming spirit of coherence. —Nate Chinen (WBGO)

♫ LISTEN: Myra Melford, The Other Side Of Air 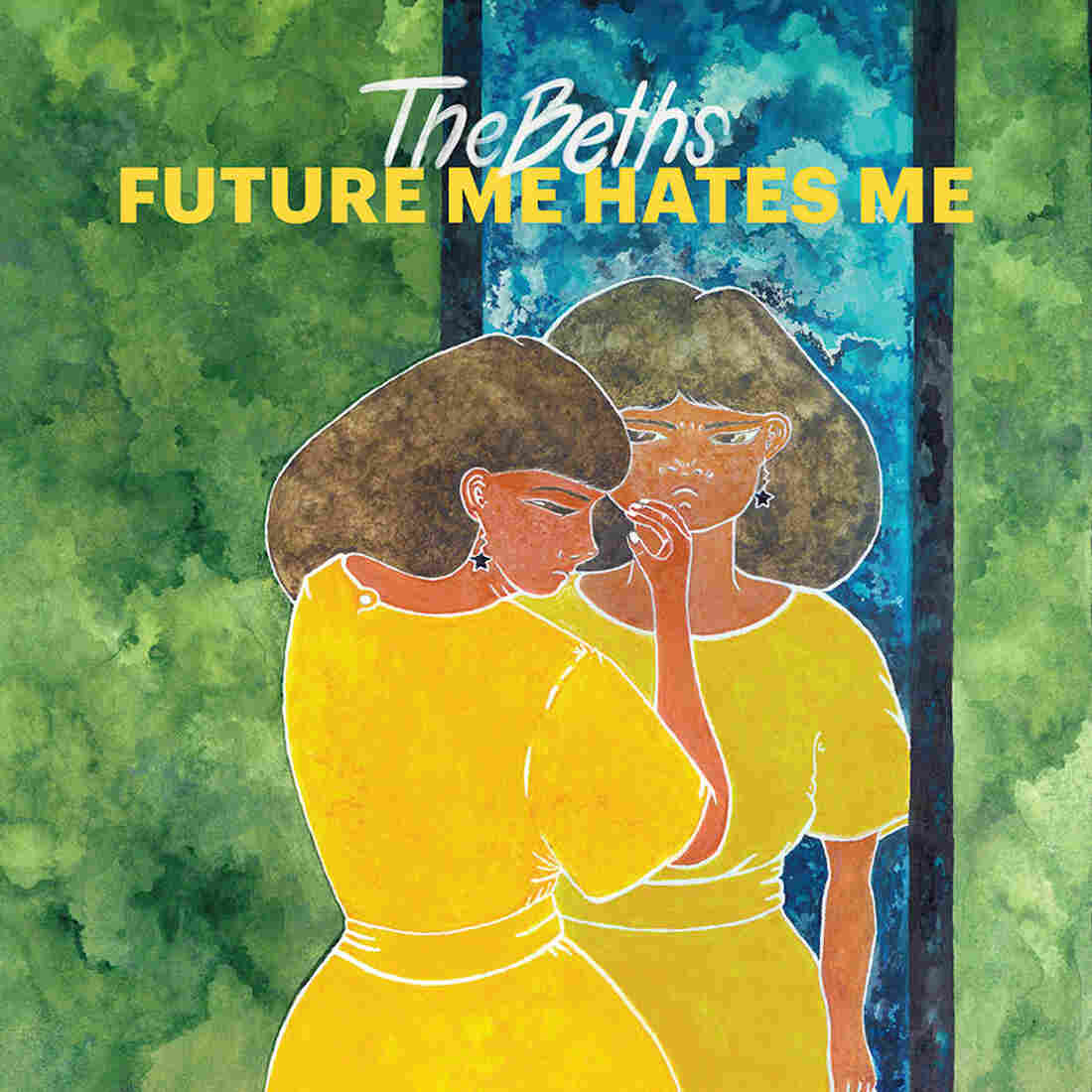 Future Me Hates Me

Hearing the phrase "I've been stressed" in tight barbershop harmony is one of dozens of happy surprises on The Beths' debut, which plays in the same '90s indie sandbox as many contemporaries but stands out by putting in twice the work. Conservatory kids who studied jazz at the University of Auckland, the quartet comes off like the shy friend dragged to karaoke who winds up annihilating everyone, as melodies build from tossed-off to soaring and modest drum fills swirl into cyclones. Serious as the skill may be, the winning factor here is a sense of humor: Singer Elizabeth Stokes compares her self-confidence to a crashed biplane, a dial tone and a handful of change in her ex's jorts all in one song, with a voice that's endearingly slack even at its most passionate. Future Me Hates Me evokes The New Pornographers at their early, scrappy best, and it feels like it just dropped out of the sky. Lucky us. —Daoud Tyler-Ameen

♫ LISTEN: The Beths, Future Me Hates Me

■ MORE: Watch The Beths On KEXP