Accessibility links
Former 'Guardian' Editor On Snowden, WikiLeaks And Remaking Journalism In Breaking News, Alan Rusbridger reflects on the blockbuster stories he helped publish over the course of his 20-year tenure running the British newspaper The Guardian. 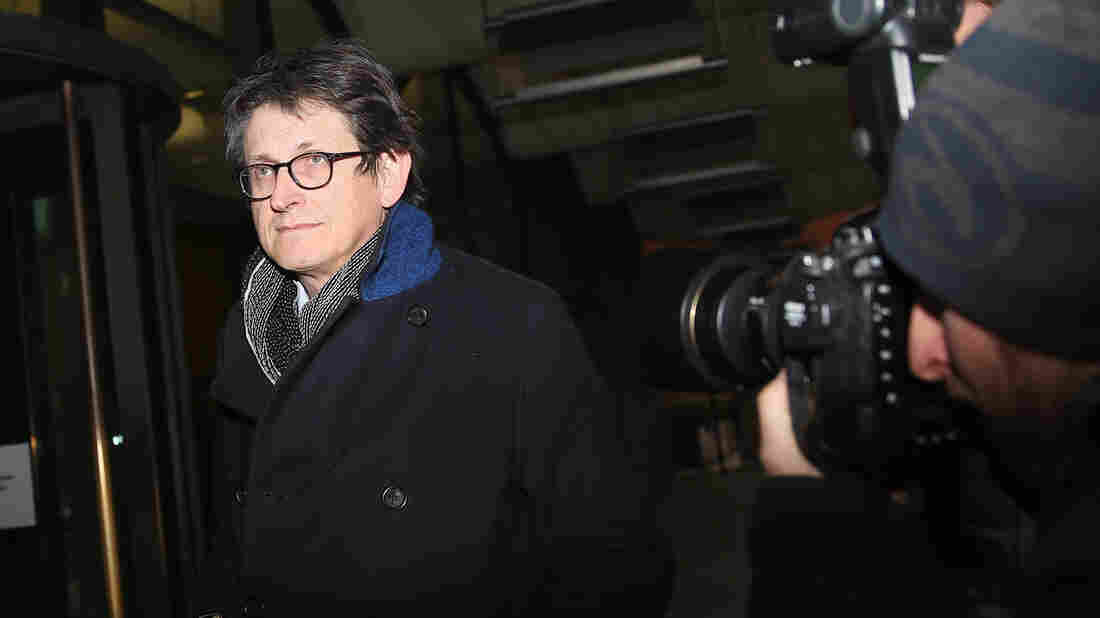 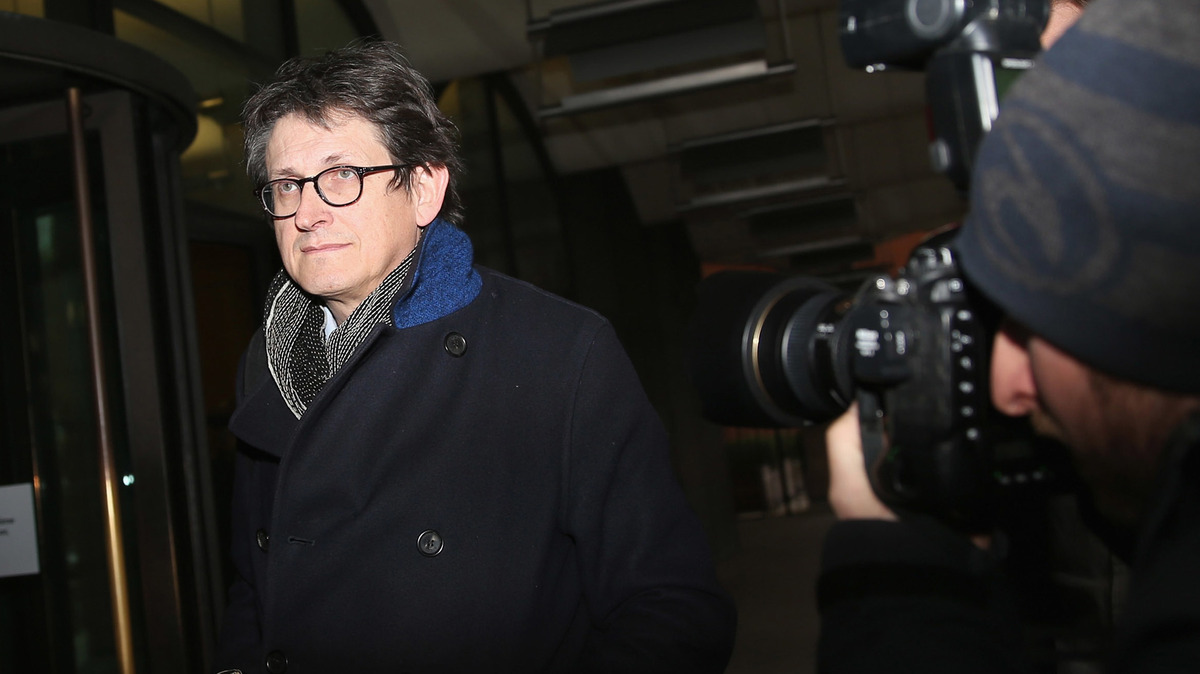 Alan Rusbridger knows a thing or two about high-stakes journalism.

During his 20-year tenure running the British newspaper The Guardian, he collaborated with NSA contractor Edward Snowden and WikiLeaks founder Julian Assange on blockbuster stories drawn from secret government documents. Though Rusbridger left The Guardian in 2015, he remembers the stress vividly.

"We were publishing every minute of the day around the world," he says. "It's a matter of deadlines and never enough information and people trying to sue you and generally harass you."

And just as The Guardian was covering these massive stories, Rusbridger was also dealing with serious challenges to the journalism industry itself. While many newspapers at the time were establishing paywalls, under Rusbridger's watch, The Guardian created an economic model in which online users were asked — but not required — to pay for the newspaper's content. It's a model that seems to be working.

"Last week, my successor's editor announced they now had a million readers who are now contributing to The Guardian in order to keep it open to everybody," Rusbridger says. "I think that's rather miraculous. It's called philanthropy, and that people want to be philanthropic about news is amazingly encouraging."

Rusbridger now serves as chair of the steering committee at the Reuters Institute for the Study of Journalism. His new book is Breaking News: The Remaking of Journalism and Why it Matters Now. 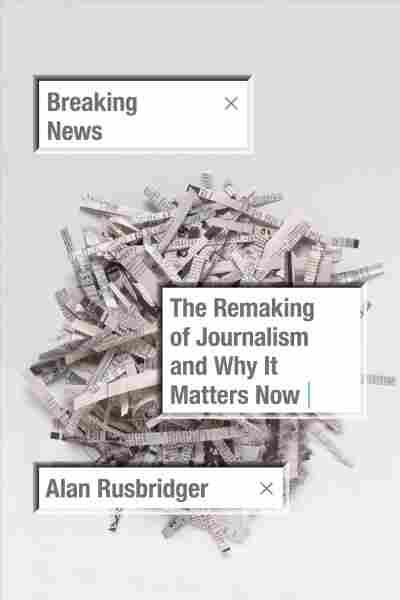 The Remaking of Journalism and Why It Matters Now

We have the Pentagon Papers case of 1971 to thank for the fact that it established a ruling at the Supreme Court that said that the government can't walk into a newsroom and injunct them and prevent them from publishing. You can certainly hold an editor responsible in retrospect, but you can't stop them from publishing, unless you can show overwhelming cause. Now, in Britain we don't have that, and I always suspected with the Snowden story that there might come a point where the government would walk into the Guardian offices and prevent us from publishing — and that's exactly what they did.

In fact, they demanded that we smashed all the computers on which we were storing this material. But I also knew that, again, [with] a partnership with The New York Times, that the First Amendment and the effect of the Pentagon Papers ruling meant that the American government could never do that, and it was a much more permissive environment to publish out of New York than out of London, sadly.

On the U.K. government's destruction of Guardian computers because of the Snowden story

It turns out that it's remarkably difficult to damage a computer so that it's of no use to anybody else. It involved a very elaborate, dusty, noisy morning in the basement of the Guardian with drills and angled drivers and ... all kinds of weird equipment destroying specific chips and bits of the keyboard, bits of the hard drive, and bits of the memory board under the watchful eye of GCHQ [the Government Communications Headquarters]. That's the equivalent of the NSA technicians.

It seemed to me a piece of theater, because I had told them that we had a copy in New York with The New York Times and with ProPublica. And so this was not going to stop our reporting, but it seemed like a piece of theater to be able to say to somebody, "Look, we've smashed up The Guardian's computers," and somebody would feel better. ...

In the modern world, it is very difficult to prevent good information (and sadly, bad information) ... from being published, because it's like water, and you can't you can't control it in the way that you could even 50 years ago.

On what it was like working with WikiLeaks founder Julian Assange

Assange and Snowden are often bracketed together as though they're the same; in fact, they're almost opposite. If you think what Edward Snowden did was to hand over his material to journalists, three or four journalists including The Washington Post, and said "You choose," and once he handed it over he played no part in any of the editorial decisions.

Assange is, I think of as an information anarchist. He doesn't really like journalism or journalists, and he doesn't believe in the idea of gatekeepers, of people who are the arbiters on society's behalf, of what they read or not. So his instinct was just to dump all the information out there and people could read it and make their minds up.

They're obviously very different approaches and he was a difficult man to work with for that reason, because we thought we should be redacting and reading for libel and for potential damage, and for many dangers on our horizons. So in the end, I did think we were the only people in the world who have fallen out with Julian Assange, but it became an impossible relationship.

We had a wonderful theater critic called Michael Billington, who had been on the staff since 1972, and we always wanted Michael to be in the stalls on the first night of a big production. But would anybody think that out of 900 people in the audience he was the only person with an interesting opinion? No. Nobody would argue that today. And would it be interesting to hear from some of those 900? Well, of course ... 30 people might want to do that, but you would then have 30 different views. What would happen if Michael then had a dialogue with those 30 people? They could see things that he didn't, and vice-versa.

It is that idea of involving different voices in the act of criticism — is [that] a terrible idea? Is that a good idea? If we don't do it, someone else will. Then you get back into the ethos of the four billion people talking to each other, which has to be a powerful idea. Otherwise, all these people wouldn't be doing it. These were our attempts to fumble towards an idea of what we call "open journalism."

On how social media can influence journalism for the better

Journalism has to remake itself if it is to be the answer to the world of information chaos that we're in danger of living in.

There's much that is wrong with journalism, and journalism in many ways hasn't come to terms with a new age of the democratizing of news. ... Journalism has to remake itself if it is to be the answer to the world of information chaos that we're in danger of living in. ...

You might think that at this time, of all times, people will turn to journalists. ... Whereas in fact, all the polls on trust show that journalists are not generally trusted. So I think you have to say how would we regain trust? And I think it's not enough just to say, "We're journalists, trust us." I think social media has some answers.