Accessibility links
Senators: Saudi Crown Prince Was Behind Killing Of Jamal Khashoggi The lawmakers emerged from a CIA briefing and said they were convinced that Crown Prince Mohammed bin Salman was responsible. One said if there was a trial, he would be convicted "in 30 minutes." 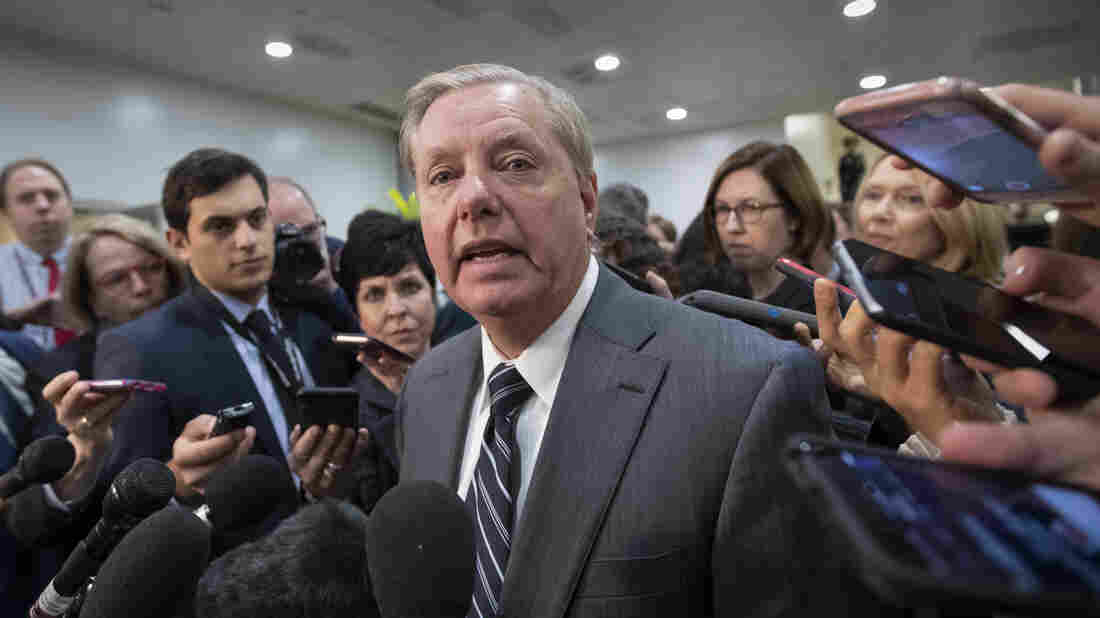 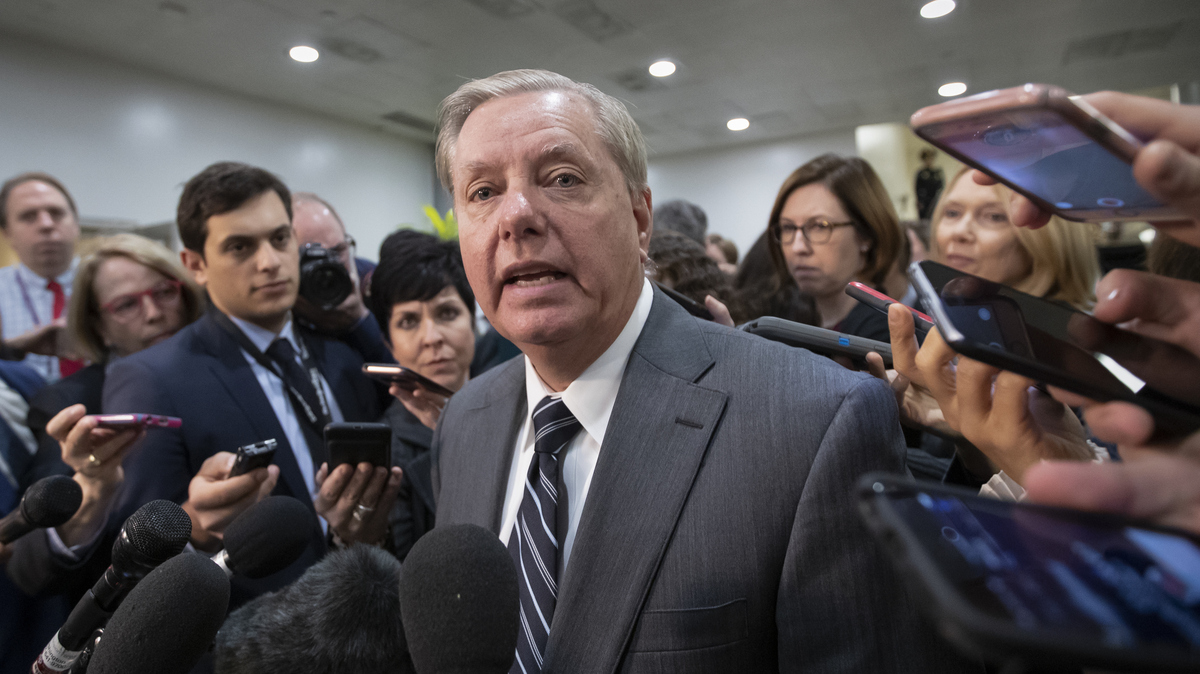 After a briefing from CIA Director Gina Haspel, Senate leaders promptly declared Tuesday they were convinced that Saudi Arabia's crown prince was behind the killing of journalist Jamal Khashoggi.

Crown Prince Mohammed bin Salman "is a wrecking ball. I think he is complicit in the murder of Khashoggi in the highest possible level," said Lindsey Graham, a South Carolina Republican.

Graham was just one of several senators, Republican and Democrat, who delivered blistering attacks on Saudi Arabia and the crown prince following the closed-door briefing. The Saudis have acknowledged that government officials were responsible for the killing but describe it as a rogue operation and say the crown prince was not involved.

"I have zero question in my mind that the crown prince ordered the killing, monitored the killing, knew exactly what was happening," said Bob Corker, a Tennessee Republican. "If he was in front of a jury, he would be convicted in 30 minutes. Guilty. So the question is, 'What do we do about that?'"

The sharp response from prominent Senate Republicans will increase the pressure on President Trump, who has defended the crown prince and the U.S. relationship with Saudi Arabia.

The president has been briefed by the CIA, but his takeaway was dramatically different from that of the senators.

"It could very well be that the crown prince had knowledge of this tragic event — maybe he did and maybe he didn't!" Trump said. "That being said, we may never know all of the facts surrounding the murder of Mr. Jamal Khashoggi." 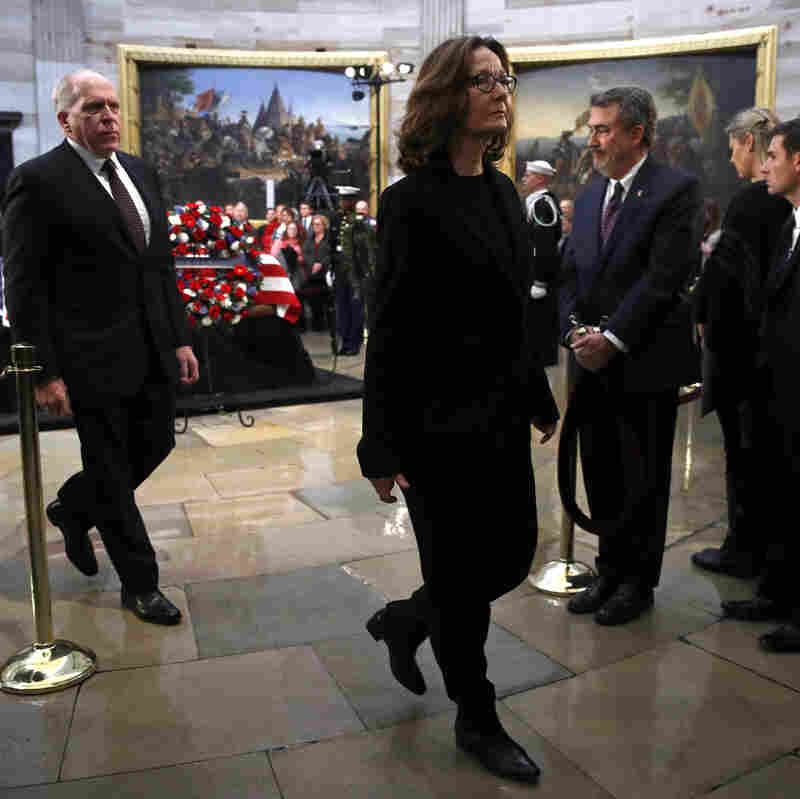 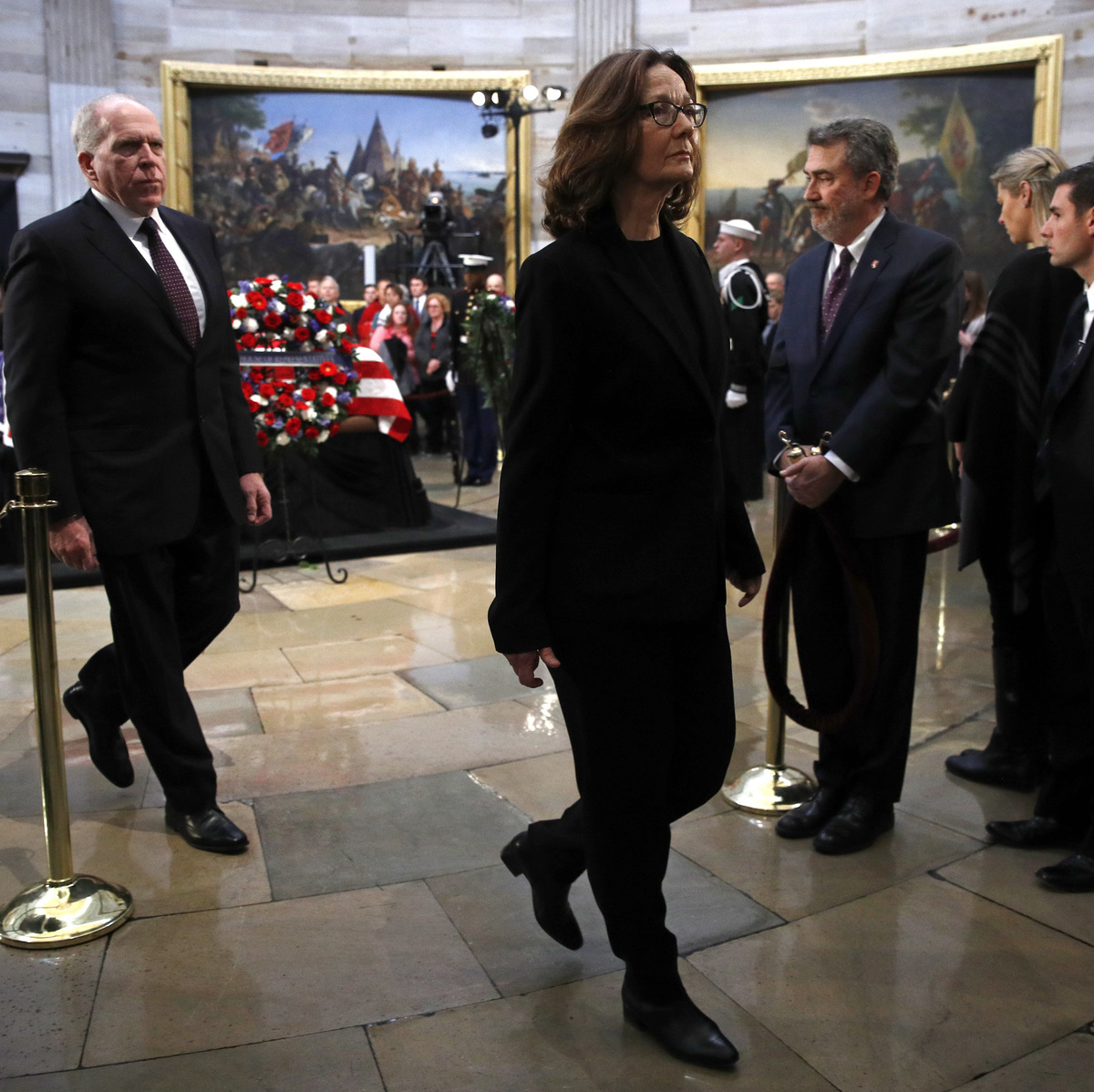 CIA Director Gina Haspel departs the Capitol Rotunda after visiting the flag-draped casket of former President George H.W. Bush as he lies in state in Washington.

Senators were upset that Haspel did not appear with Mattis and Pompeo, which led to Tuesday's session.

Graham said there was no doubt in his mind after Haspel's briefing.

"There's not a smoking gun; there's a smoking saw," said Graham, referring to reports that Khashoggi's body was dismembered by a bone saw after he was killed at the Saudi Consulate in Istanbul. "It is zero chance — zero — that this happened without the crown prince."

Khashoggi, who was living near Washington and contributing to The Washington Post, was killed on Oct. 2 when he went into the consulate for paperwork related to his planned marriage.

Graham also said that he would not support the current U.S. military efforts to support Saudi Arabia in its war against Houthi rebels in Yemen. The Senate voted last week to debate the U.S. assistance, and additional Senate action is expected in the coming days.

The U.S. began helping the Saudis when they entered the war more than three years ago, providing weapons, training, intelligence and targeting information for the Saudi bombing campaign.

The war is widely seen as a stalemate and Yemen, an impoverished country even in times of peace, is suffering the world's worst humanitarian crisis. Millions are suffering severe food shortages and are at risk of starvation, according to aid groups.

The CIA has not commented publicly on its assessment of the Khashoggi killing, and Haspel spoke to just a small number of Senate leaders in a closed session.

But many details had already leaked. Those familiar with the CIA report said the agency believes the crown prince was probably linked to the killing.

Senate Minority Leader Chuck Schumer, a New York Democrat, said the briefing "reinforced the need for a strong response to the murder of Jamal Khashoggi."

He also said that Haspel "should brief the full Senate without delay."

Senate Majority Leader Mitch McConnell, a Kentucky Republican, told The Wall Street Journal on Monday that "no response is certainly not appropriate. Looking away is not appropriate. But a complete fracture with Saudi Arabia, in my view, is not in our best interests."

He added: "We're looking for an appropriate response that doesn't completely fracture the relationship."