Accessibility links
Sex Offender Jeffrey Epstein Settles Defamation Suit, Silencing Women's Testimony Epstein took a plea deal that was negotiated by now-Labor Secretary Alexander Acosta in 2008 for two cases. Other alleged victims, however, have not had their accusations heard in court. 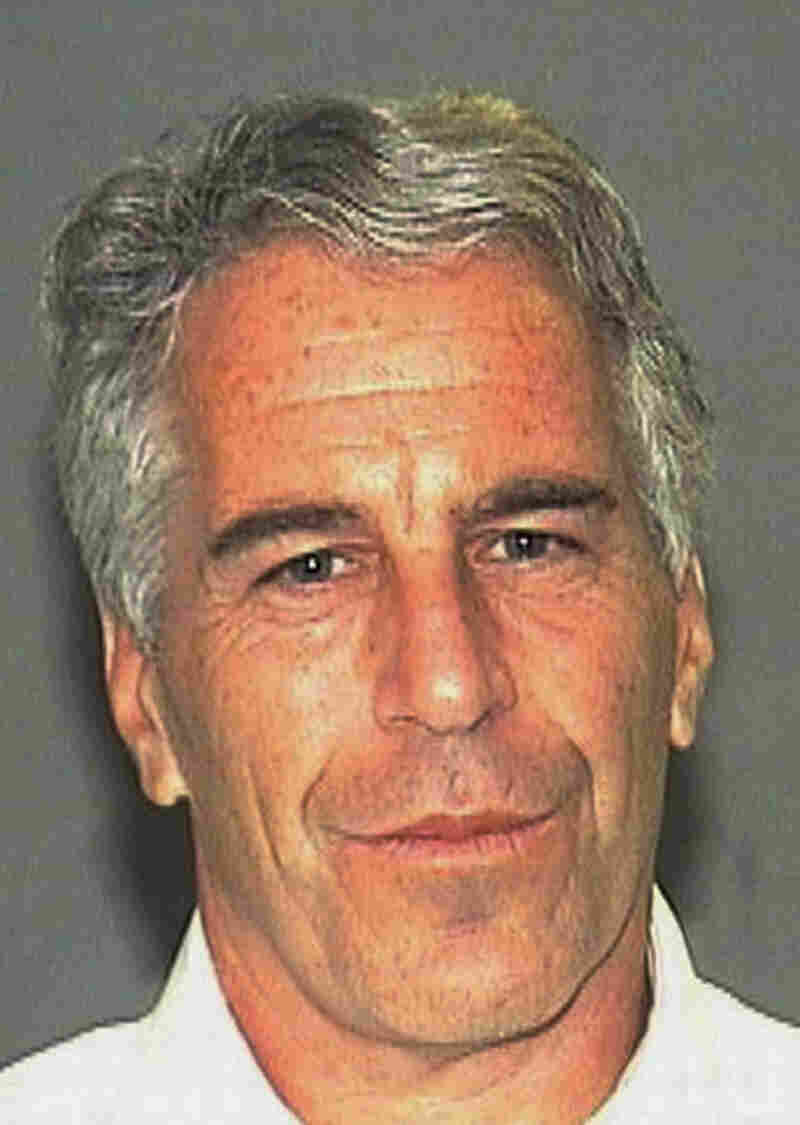 Jeffrey Epstein, pictured in 2006, reached a settlement with lawyer Bradley Edwards in a defamation suit on Tuesday. Edwards represents several women who have accused Epstein of sexual abuse and molestation when they were underage. Palm Beach Sheriff's Office/AP hide caption

Jeffrey Epstein, a multimillionaire hedge fund manager accused of sexually abusing dozens of underage girls, reached a last-minute settlement on Tuesday in a case that had been expected to allow a handful of his alleged victims to tell their stories in court for the first time.

Epstein settled a suit filed by lawyer Bradley Edwards, who said Epstein had damaged his reputation. In court on Tuesday, Epstein apologized to Edwards for alleging that Edwards had made up false charges against him, WPTV reported.

In a separate lawsuit, Edwards represents a number of women who allege that Epstein abused them when they were minors, some as young as 13.

Jack Scarola, Edwards' lawyer, announced that a financial settlement for unspecified damages had been reached just as jury selection was set to begin.

"This was a case that focused on [Edwards'] personal vindication," Scarola told reporters outside the Palm Beach courthouse. "The case that focuses on the vindication of victims is the Crime Victims Rights Act case and you can be absolutely sure that we're not abandoning that effort."

During the same news conference, Edwards called Epstein's allegations against him an "assault" and said it was an effort "to try to extort me into abandoning my clients."

In 2005 Epstein was under investigation by the Palm Beach Police Department — and then in 2006 by the FBI — for "assembling a large, cult-like network of underage girls — with the help of young female recruiters — to coerce into having sex acts behind the walls of his opulent waterfront mansion as often as three times a day," the Miami Herald reported last week in a sweeping investigative story about the accusations against the 65-year-old.

But in 2008, with the help of then-U.S. Attorney Alexander Acosta, Epstein struck a deal to plead guilty to two counts of solicitation of prostitution — one with a minor under the age of 18. Epstein was sentenced to 18 months in jail, though he was allowed to leave for work five days a week and was released five months early. He was also required to register as a sex offender.

Epstein's high-profile legal representation included Harvard professor Alan Dershowitz, who was accused by one of the alleged victims of having sex with another girl at Epstein's home, an accusation that is denied by Dershowitz.

To avoid prosecution, Epstein's legal team negotiated a deal with Acosta, who is now the U.S. secretary of labor. (The post oversees the country's labor laws, including human trafficking.) In exchange for Epstein's admission of guilt, Acosta's office agreed to shut down the FBI's ongoing investigation into Epstein, granting him and four unnamed accomplices immunity from all criminal charges, the Herald reported.

Additionally, part of the lenient arrangement between Acosta and Epstein's legal team stipulated that the deal remain sealed and be kept secret from the women he had allegedly abused until after it was approved by a judge. That thwarted any chance they might have of derailing the plea agreement or ever testifying against him.

Over the years, several women have entered into undisclosed financial settlements with Epstein, but they have never had a day in court.

The decision to keep the women — who are now in their 20s and 30s — in the dark is at the center of a pending lawsuit filed by Edwards in federal court on behalf of some of Epstein's alleged victims. They argue Acosta and Epstein violated their rights under the Crime Victims Rights Act.

That law entitles crime victims to "the right to reasonable, accurate, and timely notice of any public court proceeding, or any parole proceeding, involving the crime or of any release or escape of the accused."

The lawsuit seeks to overturn Epstein's plea deal. If that were to happen, "the final decision on bringing charges would rest solely with the Justice Department," the Associated Press reported.

"They're willing to talk. They want to share their stories," Edwards said on Tuesday. "This was part of their healing."