Accessibility links
Student Arrested After Protesting University's Plan To Return A Confederate Statue Maya Little led a rally against the plan to relocate "Silent Sam" in a new, multimillion-dollar history and education center on the campus of the University of North Carolina at Chapel Hill. 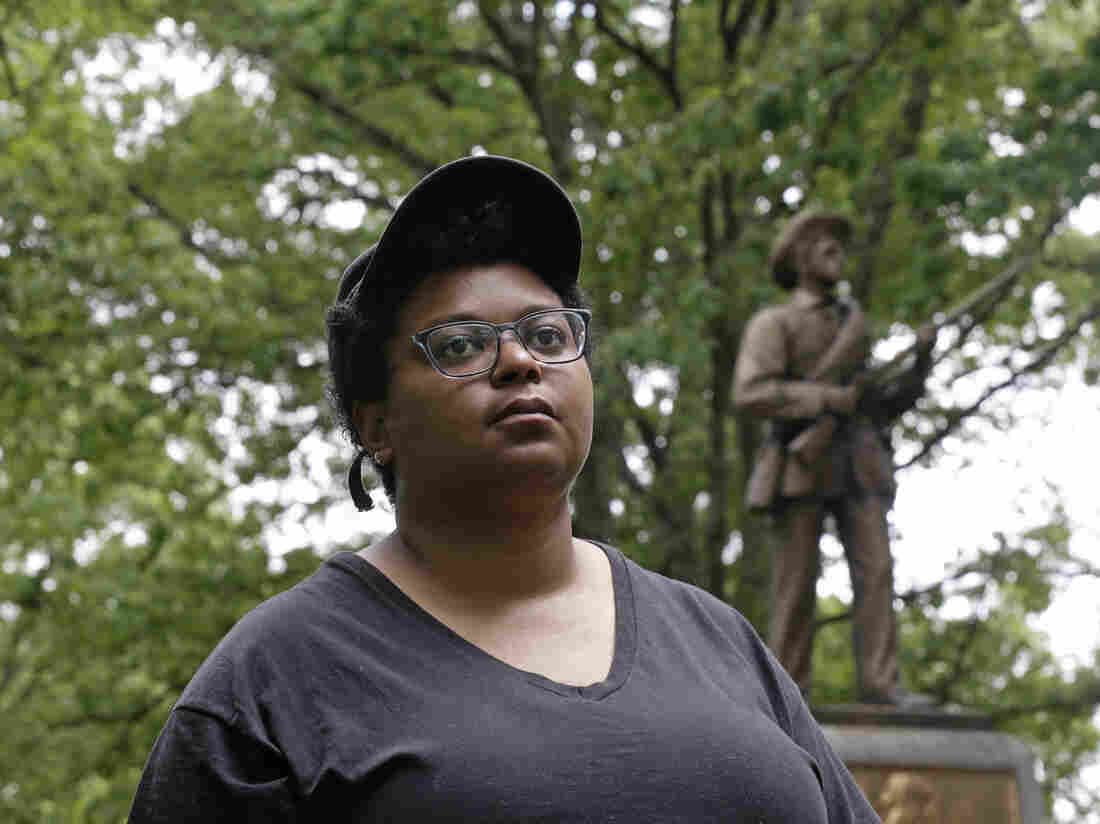 Activist Maya Little, photographed in May before the toppling of the "Silent Sam" Confederate statue at the University of North Carolina at Chapel Hill. Little was arrested and charged on Tuesday, after protesting the university's plans to bring the statue back to campus. Gerry Broome/AP hide caption 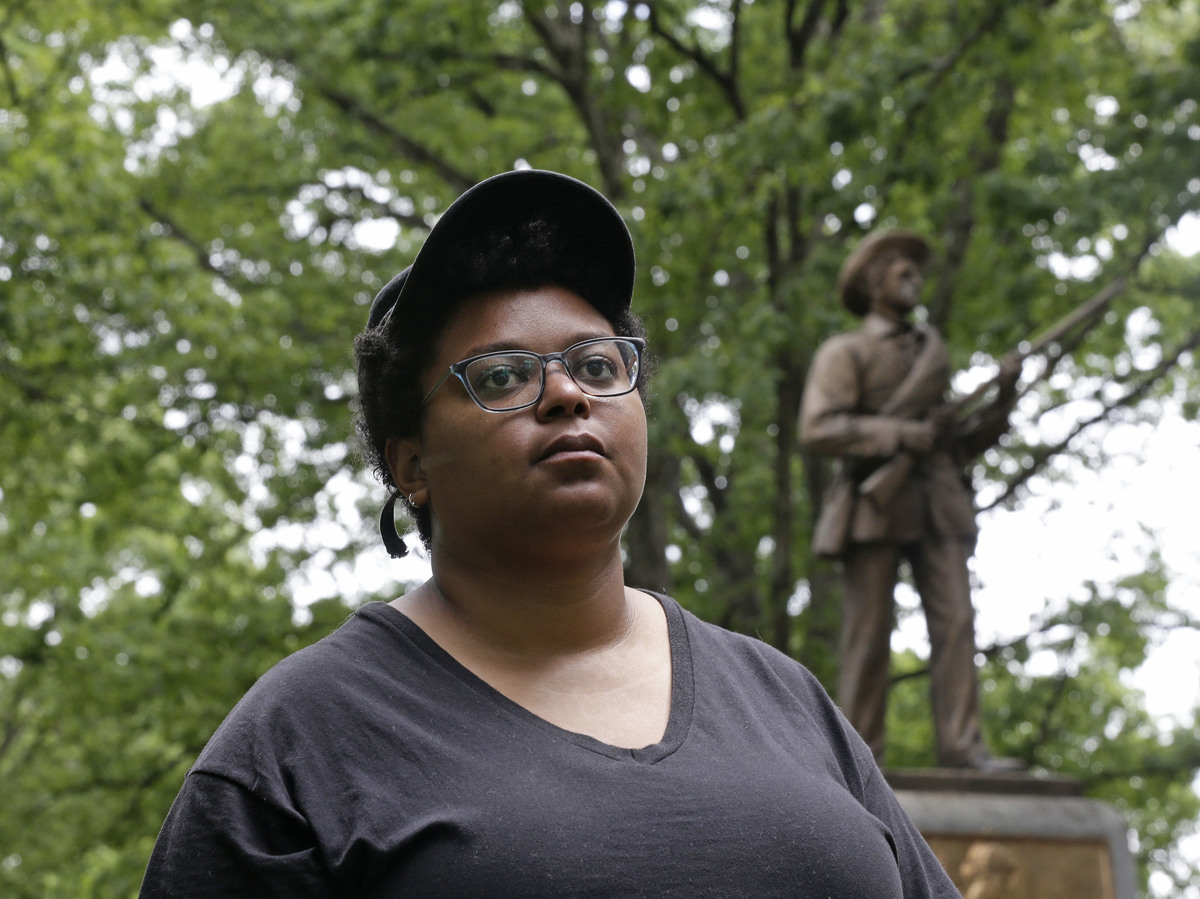 Activist Maya Little, photographed in May before the toppling of the "Silent Sam" Confederate statue at the University of North Carolina at Chapel Hill. Little was arrested and charged on Tuesday, after protesting the university's plans to bring the statue back to campus.

A North Carolina graduate student who led a protest against her university's plan to bring a Confederate statue back to campus has been arrested and charged with inciting a riot and assaulting a police officer.

Maya Little, a 26-year-old graduate student at the University of North Carolina at Chapel Hill, turned herself in at the Orange County Courthouse on Tuesday, UNC spokesperson Randy Young told NPR.

Little led a rally on Monday night after the university announced its recommendation that the statue of Confederate soldier "Silent Sam" be relocated to a site about a mile south of where it had stood on school grounds — before protesters tore it down in August.

The plan, developed by University Chancellor Carol Folt, proposed that the statue be housed in a new, multimillion-dollar history and education center.

"I understand there are strong emotions about this proposal," Folt tweeted on Monday. "As the nation's first public university, Carolina has a long and complicated history we must tell."

Her proposal was "overwhelmingly approved" by trustees, and the state's Board of Governors is expected to assess the plan at a meeting on Dec. 14, The Associated Press reported.

Monday's protest on campus started with impassioned speeches by Little and other demonstrators. Then the crowd marched in the street and chanted "No KKK, no fascist USA" and "Cops and Klan go hand in hand." Video captured scuffles between students and university police.

"I was charged with assault on an officer, a charge that has been commonly used by UNC police when they can't find anything else to charge activists with, and inciting a riot, both misdemeanors," Little told The News & Observer. "The only danger and violence present last night was once again caused by university police who came equipped to a student protest with riot gear and tear gas canisters."

Graduate student Mark Porlides, 31, was also charged with assault on a police officer and resisting, delaying or obstructing, the UNC spokesperson told NPR.

The bronze statue was erected in 1913, given to the school by the United Daughters of the Confederacy. A university website notes that 40 percent of students enrolled at the time of the Civil War enlisted, "a record not equaled by any other institution, North or South."

It adds: "Sam is silent because he carries no ammunition and cannot fire his gun."

The chancellor said in a statement that she preferred to move the statue to a location off-campus, such as the North Carolina Museum of History in Raleigh, but that it wasn't an option. State law prohibits the transfer, altering or removal of monuments on public property without approval from North Carolina's Historical Commission.

Little, who is pursuing a doctorate degree in history, said Folt could have removed the statue before lawmakers passed legislation in 2015.

In the spring, when the statue was still standing, Little registered her objection by coating the figure in red ink and her own blood. "Imagine walking past a statue that glorifies the sale of your ancestors, their mutilation, the beating of them, the enslavement of them ... he's covered in black blood," she told The News & Observer.

That act resulted in an arrest and vandalism charge by university police, according to the newspaper. She received a misdemeanor with no punishment in court, a community service requirement and letter of warning from the university honor court.

Little says she has been threatened with lynching and death for her activism.