Accessibility links
Wisconsin Lawmakers Vote To Limit Powers Of New Democratic Governor Despite protests from voters, Republican legislators in Wisconsin have voted to curb the authority of Gov.-elect Tony Evers, a Democrat who will take office in January. The list of changes is long. 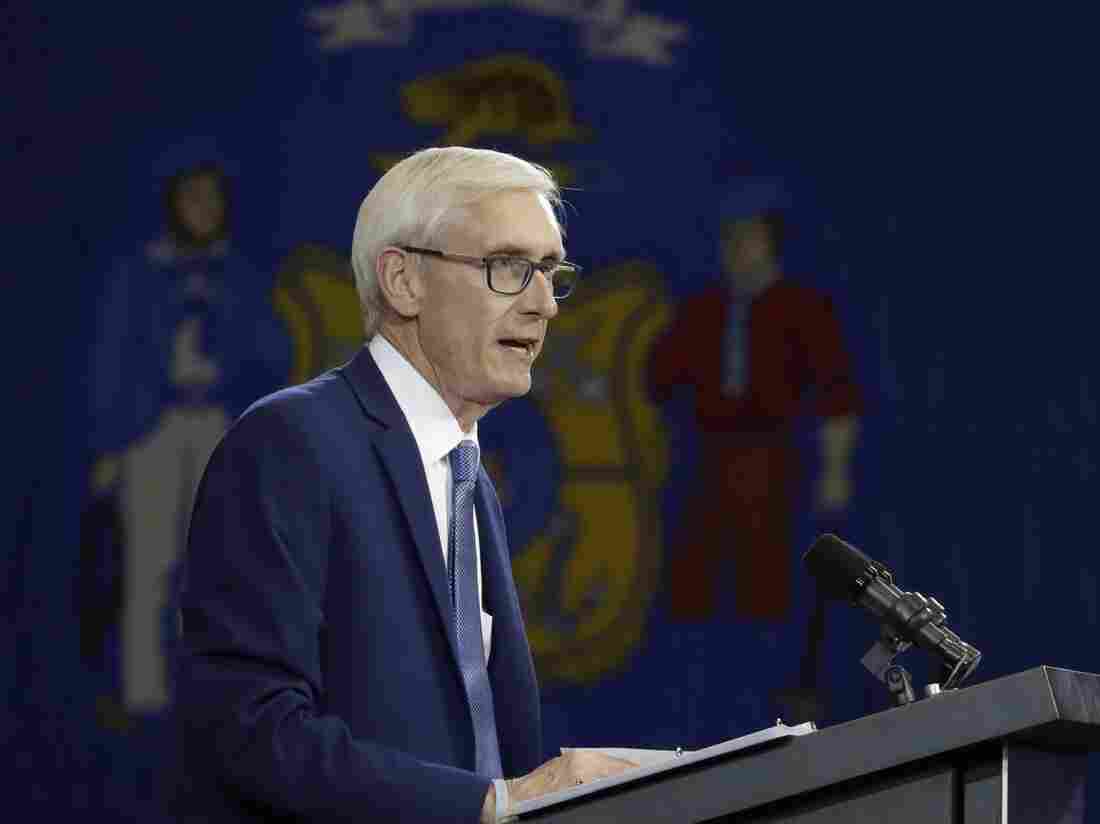 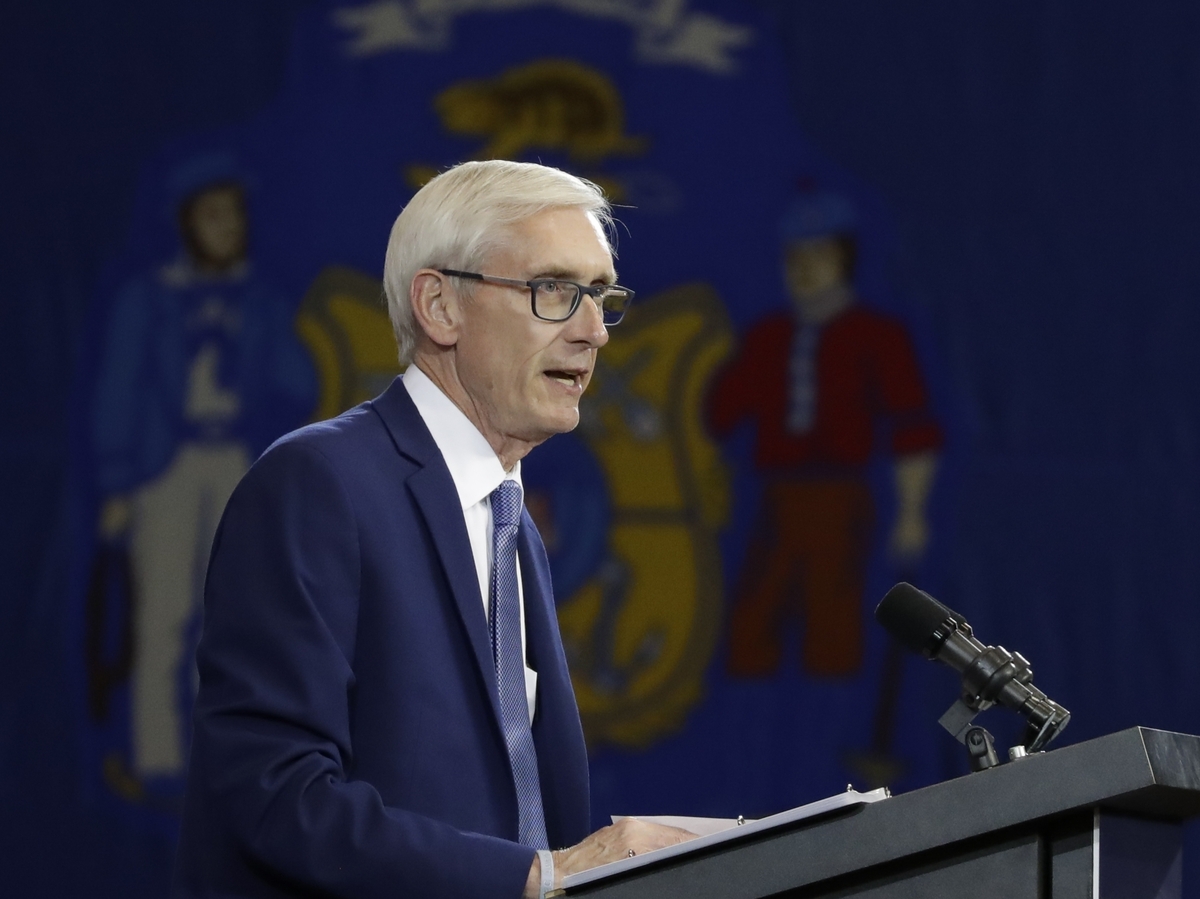 The Republican-controlled state Legislature in Wisconsin has approved new limits on the power of Democratic Gov.-elect Tony Evers in a lame-duck session.

Following overnight debate, lawmakers voted Wednesday to restrict Evers from following through on a campaign promise to remove Wisconsin from a multistate lawsuit challenging the Affordable Care Act. Lawmakers also voted to limit early voting in Wisconsin and make it more difficult for Evers to alter Wisconsin's voter ID law. Another element would give lawmakers more power over the state's economic development agency, which Evers has said he would like to eliminate.

In the wee hours of the morning, the plan narrowly passed the state Senate, later the Assembly and now the bill moves to Gov. Scott Walker's desk for his signature.

Evers released a statement Wednesday morning saying Wisconsin values were "pushed aside so a handful of people could desperately usurp and cling to power while hidden away from the very people they represent."

"Power-hungry politicians rushed through sweeping changes to our laws to expand their own power and override the will of the people of Wisconsin who asked for change on November 6th," reads the statement.

Walker lost to Evers by fewer than 30,000 votes out of more than 2 million cast. When Evers takes office in January, it will be the first time in eight years that Wisconsin has been run by a divided government.

During debate, Democrats decried the plan as an abuse of power.

"The seeds you're planting may grow into something you will regret," said Sen. Fred Risser, a Democrat from Madison. "Be fair. Give the voters the right to choose their governor and attorney general."

Bill passage wasn't a slam dunk for Republicans. Meetings and negotiations went long, and both chambers convened later than expected Tuesday — nine hours later in the case of the Assembly. The GOP also wasn't able to pass as many measures as first planned, such as moving the date of the 2020 presidential primary.

For days, demonstrators filled the Capitol. On Tuesday, the state Senate ordered the public gallery cleared, a move that provoked a roar from people who had gathered to watch the proceedings.

Republican Senate President Roger Roth took the unusual step after warning the crowd twice that Senate rules prohibited them from reacting to debate. Deafening chants of "shame" filled the chamber as police escorted people out. After a roughly 40-minute break, Roth reopened the gallery.

"We're going to work with the governor-elect, but we're going to do it in a way that's balanced between the legislative and administrative level," said Republican Rep. John Nygren during debate.

"I'm concerned. I think that Gov.-elect Evers is going to bring a liberal agenda to Wisconsin," he said.

Two years ago in North Carolina, the Republican-majority legislature felt similarly about their new Democratic governor, Roy Cooper, and met in a lame-duck session to restrict his authority. After the outgoing Republican governor signed the law, it was caught up in legal and political battles where it remains today.

Some opponents of the bills in Wisconsin have also promised to take the matters to court. Regarding early voting, the bill trims the voting window to just two weeks ahead of election day statewide. A number of communities, including the Democratic strongholds of Madison and Milwaukee, have offered several weeks for early voting in recent years, following a federal judge's 2016 ruling that struck down previous limits. At least one law firm says it will bring a legal challenge if that bill is signed by Walker.