Accessibility links
A Confederate Statue Continues To Stir Unrest At UNC-Chapel Hill Many students at the University of North Carolina-Chapel Hill are dissatisfied with a university proposal to display a confederate statue in a new history building. The statue was toppled in August. 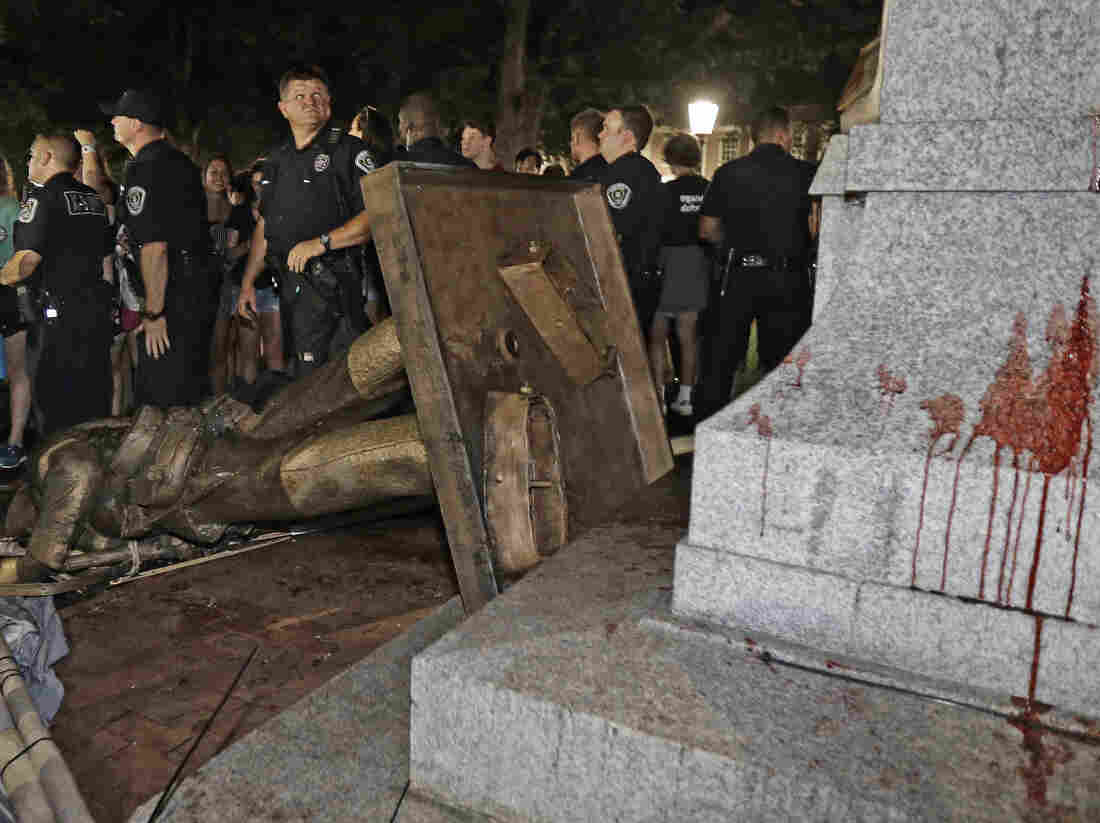 UNC-Chapel Hill students are unhappy with a university proposal to display a confederate statue in a new building. Police stand guard after the statue, known as Silent Sam, was toppled by protesters on campus in August. Gerry Broome/AP hide caption 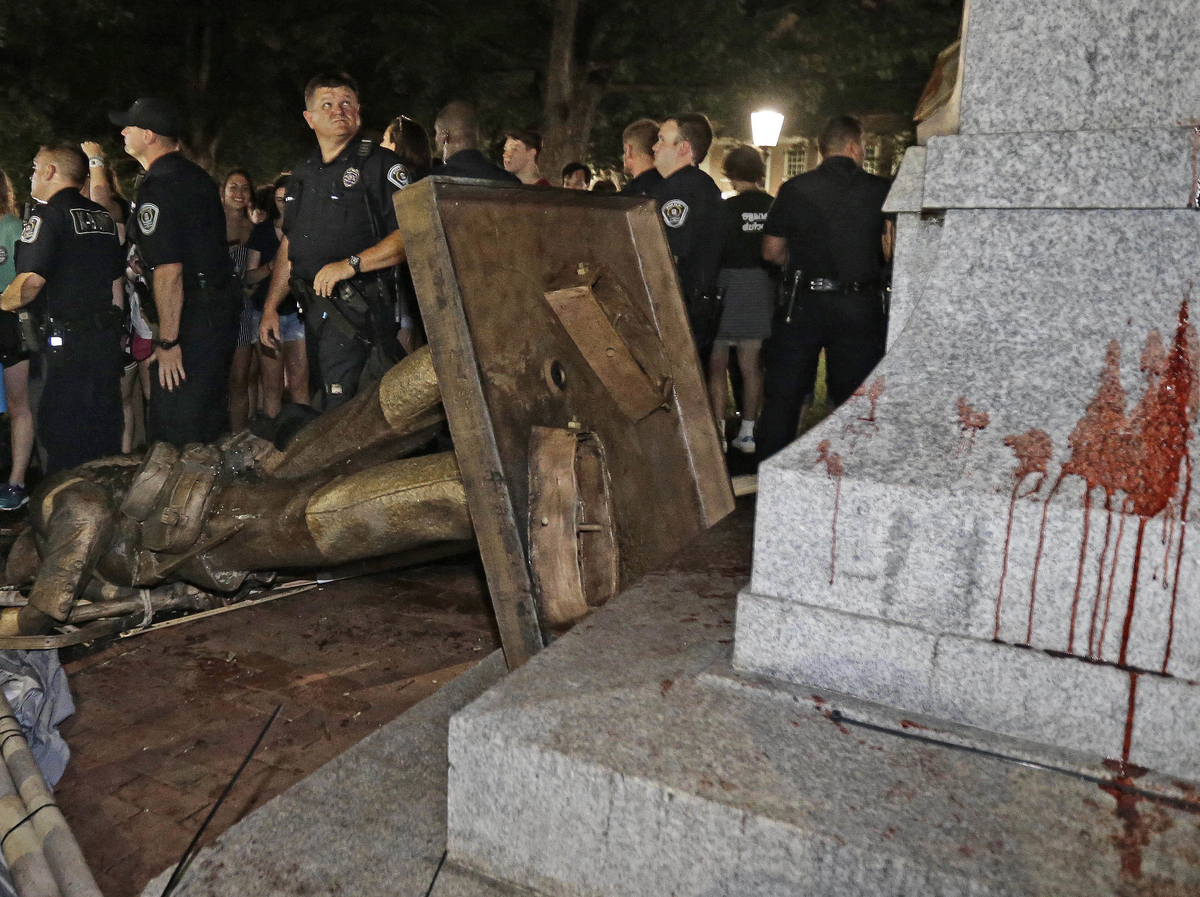 UNC-Chapel Hill students are unhappy with a university proposal to display a confederate statue in a new building. Police stand guard after the statue, known as Silent Sam, was toppled by protesters on campus in August.

Unrest continues this week on the campus of North Carolina's flagship university after university leaders proposed a new, $5 million building to display the Confederate monument known as Silent Sam. The monument stood at the entrance to UNC campus until protesters tore it down in August.

Since then, the university has wrestled with what to do with the statue. Officials thought they came up with a good plan when they announced their proposal Monday to put it in a new University History and Education Center. But that just angered students, who protested hours later.

Hundreds marched through Chapel Hill on Monday night, chanting, "It is our duty to fight for freedom," and, "We have nothing to lose but our chains." They demanded Silent Sam never return to campus.

"It's really frustrating because it kind of feels like the university treats its minority students like accessories, things to put on its pamphlets, or put on its website, or to put on its social media pages," said Alex Robinson, vice president of the university's Black Student Movement. "But it's not willing to actually invest in what these black students need."

Silent Sam was erected in 1913 to honor students who died fighting for the Confederacy. The monument was dedicated at the time with a speech praising the assault of a black woman. It's since been a lightning rod for protests, including the one in August that led to its toppling.

7 Arrested In Protests Over Confederate Statue At UNC Chapel Hill

In September, more than 50 black faculty members called for the statue's permanent removal. They said its presence signals the university does not welcome black people. Several university trustees said they would have preferred that option, including Lowry Caudill.

But, before the vote on the proposal Monday, Caudill said, "We have a law, and the law prevents that."

Caudill was referring to a law passed by the Republican-controlled state legislature in 2015. It dictates that any monument, if taken down, has to be relocated to a site of similar "honor" and "prominence." UNC-Chapel Hill Chancellor Carol Folt told reporters Monday the state law prevents the statue's removal from campus.

"Like everyone here, I swore to obey the law, and sometimes you don't agree with laws," said Folt. "But I don't have the privilege of choosing which laws I agree with and which ones I do not."

But Folt also said returning the Confederate monument to its original location wasn't an option, for the public's safety. Instead, university trustees recommended Silent Sam be housed in the new University History and Education Center.

The tentative plan still needs approval from the state university system's governing board, which will meet next week. At least one member of the governing board, former state senator Thom Goolsby, has already come out against the new building, saying state law requires Silent Sam to be put back where it was.