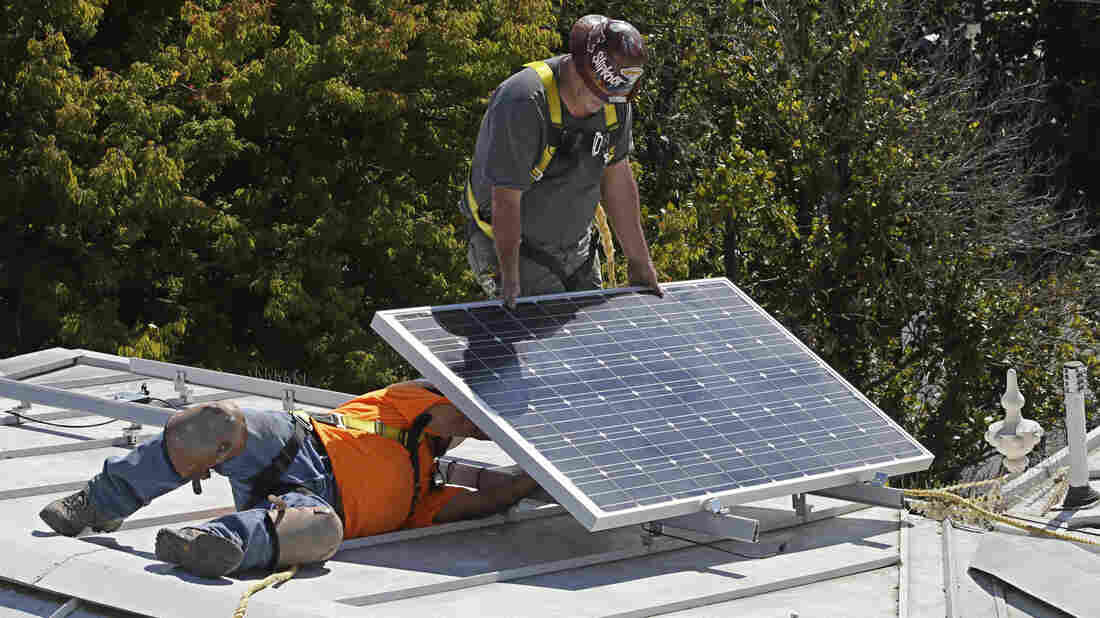 California predicts mandatory solar panel installations will add nearly $10,000 to the upfront cost of a home — money that will be recouped through energy savings. Rich Pedroncelli/AP hide caption 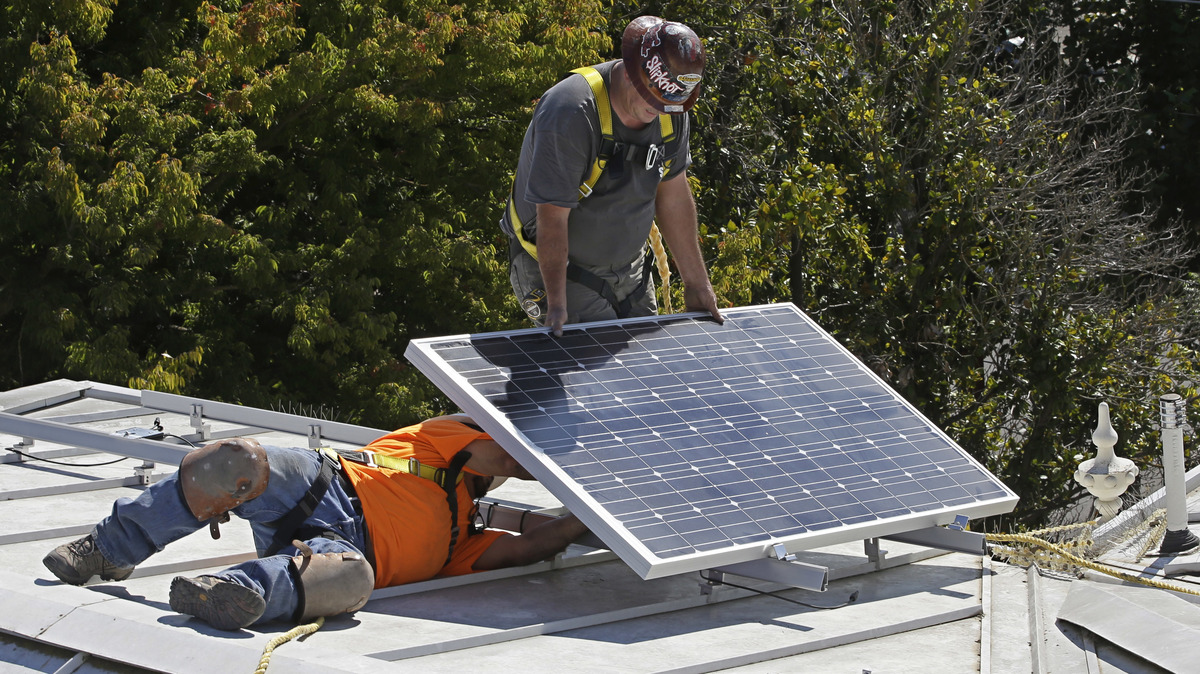 California predicts mandatory solar panel installations will add nearly $10,000 to the upfront cost of a home — money that will be recouped through energy savings.

Solar panels will be a required feature on new houses in California, after the state's Building Standards Commission gave final approval to a housing rule that's the first of its kind in the United States.

Set to take effect in 2020, the new standard includes an exemption for houses that are often shaded from the sun. It also includes incentives for people to add a high-capacity battery to their home's electrical system, to store the sun's energy.

"These provisions really are historic and will be a beacon of light for the rest of the country," said commissioner Kent Sasaki, according to The Mercury News. "[It's] the beginning of substantial improvement in how we produce energy and reduce the consumption of fossil fuels."

The rule marks a new phase in California's environmental policies, which have often set trends and established standards nationwide. The state has set the goal of drawing 100 percent of its electricity from renewable energy sources and sharply reducing greenhouse gas emissions.

Single-family homes and multi-family buildings that are up to three stories high must conform to the new solar power standard.

"New homes that are built under these standards are expected to use 53 percent less energy than our last standards" from 2016, said Drew Bohan, executive director of the energy commission.

The state predicts that mandatory solar panel installations and other new improvements will add nearly $10,000 in the upfront cost of a home — a cost that officials say will balance out over time, due to lower electricity bills.

A homeowner will save $19,000 over the course of a 30-year mortgage, Bohan said at Wednesday's meeting of the building commission.

Starting in 2020, California homebuyers will have the option of either paying for solar panels outright, leasing them, or entering a power purchase agreement with developers. Another option is for communities to "pool resources instead of installing solar on individual homes," Bohan said.

"With extreme weather events becoming more frequent, there is even greater need for homes that are efficient, reliable and resilient," Bohan said, adding that the standards will result in buildings that "will continue to keep costs down, better withstand the impacts of climate change, and reduce greenhouse gas emissions."

Speakers at Wednesday's session mentioned the recent devastating wildfire in Butte County several times — as the type of case where solar panels and batteries could help people who face extended power outages from natural disasters, as well as an example of when state building and energy officials would need to help speed up wholesale rebuilding efforts.

While the new rule has given solar panels a boost after the state's installers saw a slump in 2017, it is also been criticized for adding to home prices in a market that is already expensive. But to an extent, Wednesday's meeting was largely a formality, focusing on whether the energy panel's process for creating the rule was correct.

Despite worries that the solar power mandate could have an immediate impact not only on home buyers but on real estate developers and agents, the new rule has been largely supported by industry groups.

At the energy commission's May hearing where public comments and trade groups were also heard from, "the majority of those present, which included environmental groups, solar companies, and utilities, voiced their strong support for the new standards," as member station KQED reported.

California hopes to achieve its carbon-neutral energy status within 30 years; in September, the California Energy Commission said the state is currently at 32 percent of achieving that goal.

Over the past 40 years, Bohan said, the state's energy policies have saved residents billions of dollars and helped California rein in per capita energy consumption more effectively than the rest of the U.S.