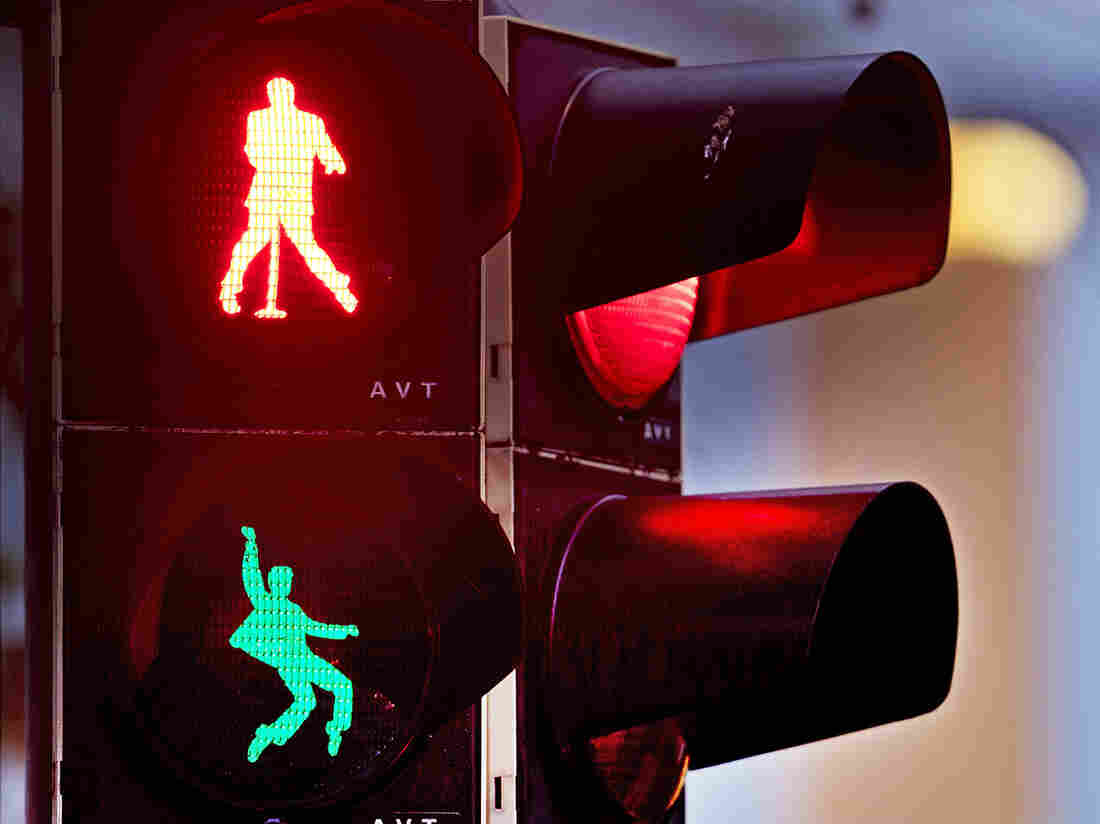 Silhouettes of Elvis Presley appear on a traffic light in Friedberg, Germany, where he was stationed as a U.S. soldier from October 1958 to March 1960. Michael Probst/AP hide caption 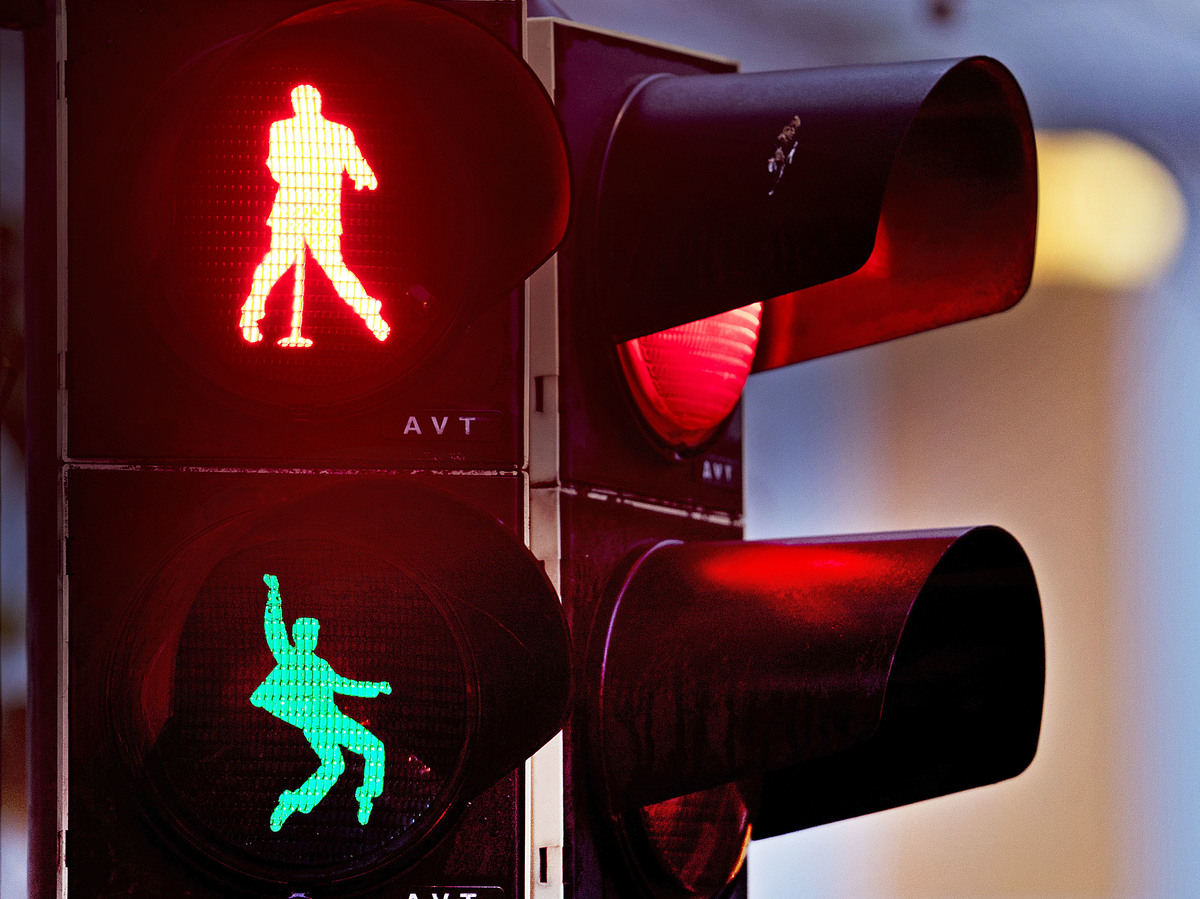 Silhouettes of Elvis Presley appear on a traffic light in Friedberg, Germany, where he was stationed as a U.S. soldier from October 1958 to March 1960.

Elvis Presley's image has been used to create action figures, reading lamps and Christmas ornaments. His likeness has adorned socks, slippers and soap – and countless other products over the decades since the American rock legend first got audiences all shook up.

Why not traffic lights?

The town of Friedberg, Germany, this week installed three pedestrian traffic lights that incorporate images of the King. The don't-walk light shows Presley at a microphone, while the walk light depicts him in his trademark dance pose – heels up, hips swiveled.

Presley was stationed in Friedberg from October 1958 to March 1960 while he was in the U.S. Army.

It was in Friedberg, a town located about 16 miles north of Frankfurt, that Presley met his future wife, Priscilla Beaulieu, according to the German news organization Deutsche Welle.

Friedberg and the nearby town of Bad Nauheim, where Presley lived, are "keen" to keep their connections to the entertainer, reports Deutsche Welle. In Bad Nauheim, tourists can see the house where Presley stayed during his deployment (though they can't go in) and even attend the annual European Elvis Festival.

Friedberg already has an Elvis Presley Square and decided to add the three traffic lights as another attraction for the many Elvis fans who visit the town, the Associated Press reports.