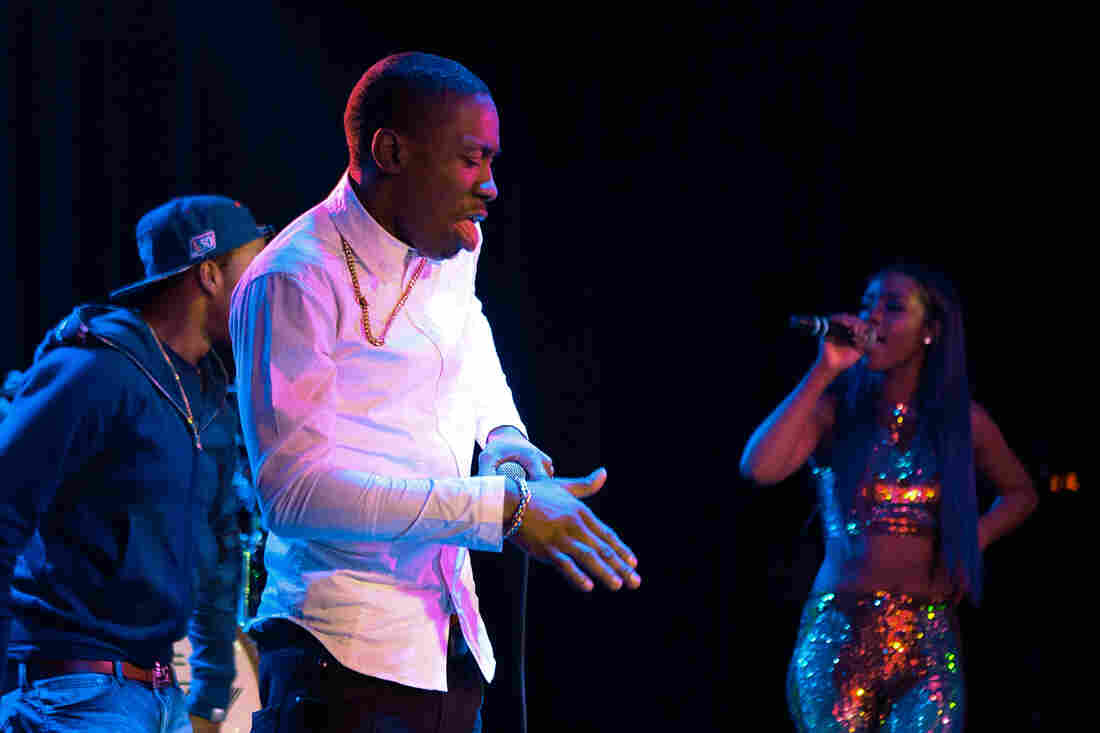 2 Milly does his signature dance, the Milly Rock, while performing at The Roxy Theatre in Los Angeles in 2015. Randy Shropshire/Getty Images hide caption 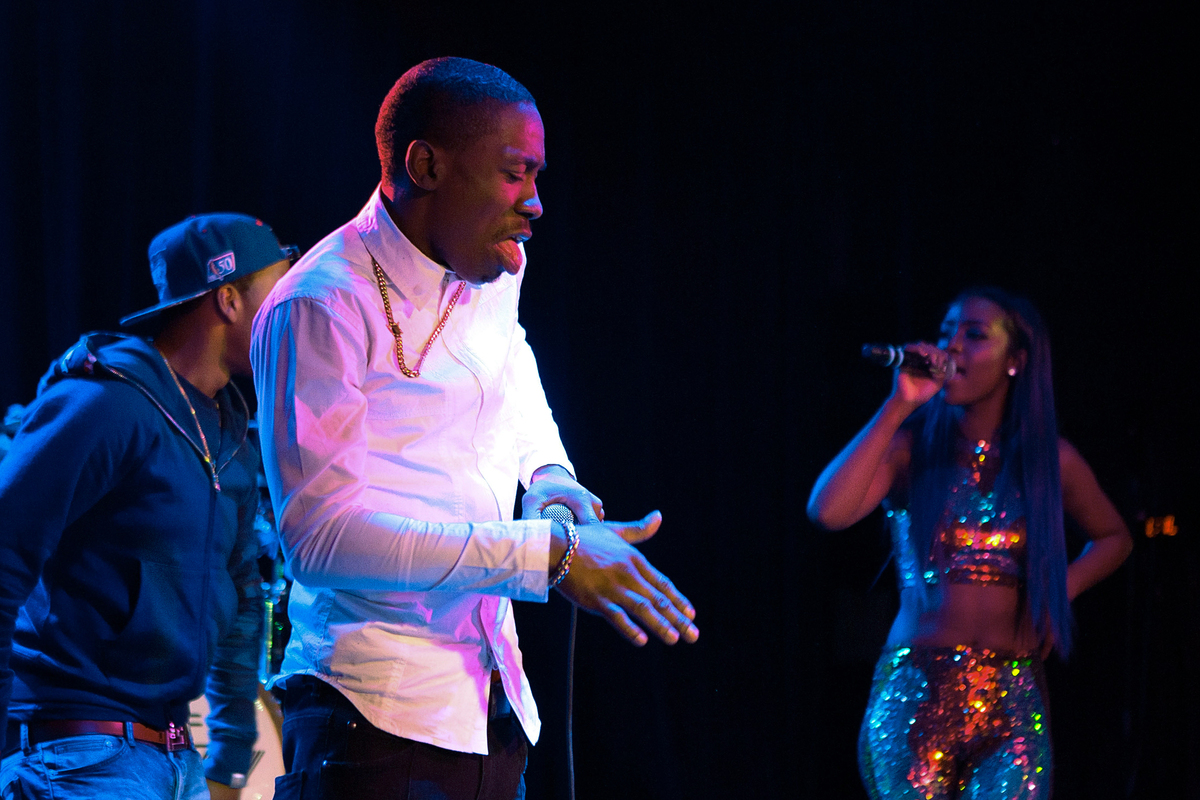 2 Milly does his signature dance, the Milly Rock, while performing at The Roxy Theatre in Los Angeles in 2015.

A spin of the hand, and a flick of the arm. Bounce left, right, left, right.

That dance, known as the Milly Rock, is at the center of a lawsuit filed Wednesday by rapper 2 Milly against Epic Games, Inc. The suit claims the artist invented the move and that it was used without permission in the company's massively popular online game Fortnite.

Let's take a look at the evidence — here's a clip from Fortnite of a dance they call Swipe It:

And here's a video of 2 Milly's Milly Rock from 2014 (which contains words and gestures that may be offensive):

In the complaint, lawyers for 2 Milly – whose legal name is Terrence Ferguson – write that through the "unauthorized misappropriation of Ferguson's highly popular dance craze, the 'Milly Rock,' in its video game, Fortnite Battle Royale ('Fortnite'), Epic has unfairly profited from exploiting Ferguson's protected creative expression and likeness."

2 Milly says he invented the Milly Rock in 2011. He featured it in his 2014 music video and since then the dance has taken off. It's been performed onstage by other musicians, name-checked in a popular rap and taken up by enthusiastic young fans.

Fortnite is free to download and play, but gamers can spend real money to purchase costumes and other virtual additions to their digital avatars. And they do: Fornite has made Epic Games more than $1 billion dollars. Those add-ons include dance moves (known as "emotes") like Swipe It, which was added to the game in July.

"They took my craft and they sold that," 2 Milly told TMZ, adding that he wasn't familiar with Fortnite before hearing rumors his dance appeared in the game. "Whatever they made off the specific emote, Swipe It, that's what I want."

The lawsuit asks the court to prevent Epic Games from continuing to display that dance in Fortnite, and for 2 Milly to be compensated financially for its use.

According to The Verge, "The lawsuit marks the first formal legal challenge against the widespread game industry practice of appropriating pop culture, like dance moves and memes, and turning it into virtual items for sale."

The legal filing from 2 Milly's lawyers lists other black artists whose dancing it claims Epic Games has copied including Snoop Dogg, Will Smith and Alfonso Ribeiro. Chance The Rapper has also been critical of the makers of Fortnite for not playing original music from artists whose dancing allegedly inspired the moves in the video game.

Fortnite should put the actual rap songs behind the dances that make so much money as Emotes. Black creatives created and popularized these dances but never monetized them. Imagine the money people are spending on these Emotes being shared with the artists that made them

And the U.S. Copyright Office says it "cannot register short dance routines consisting of only a few movements or steps with minor linear or spatial variations, even if a routine is novel or distinctive."

There is, however, protection for "choreographic works" defined in part as "a series of dance movements or patterns organized into an integrated, coherent, and expressive compositional whole." David Hecht, one of 2 Milly's lawyers, told The Washington Post he is confident they have grounds for the suit.

"These are rendered in such a way that this isn't just an imitation," Hecht said. "This is a deliberate copy." Hecht told the Post that stealing 2 Milly's dance is like stealing a part of his identity.