Accessibility links
Poll Results: Your Favorite New Musicians Of 2018 We asked you to vote for your favorite new artist of 2018. Now it's time to reveal the winner. 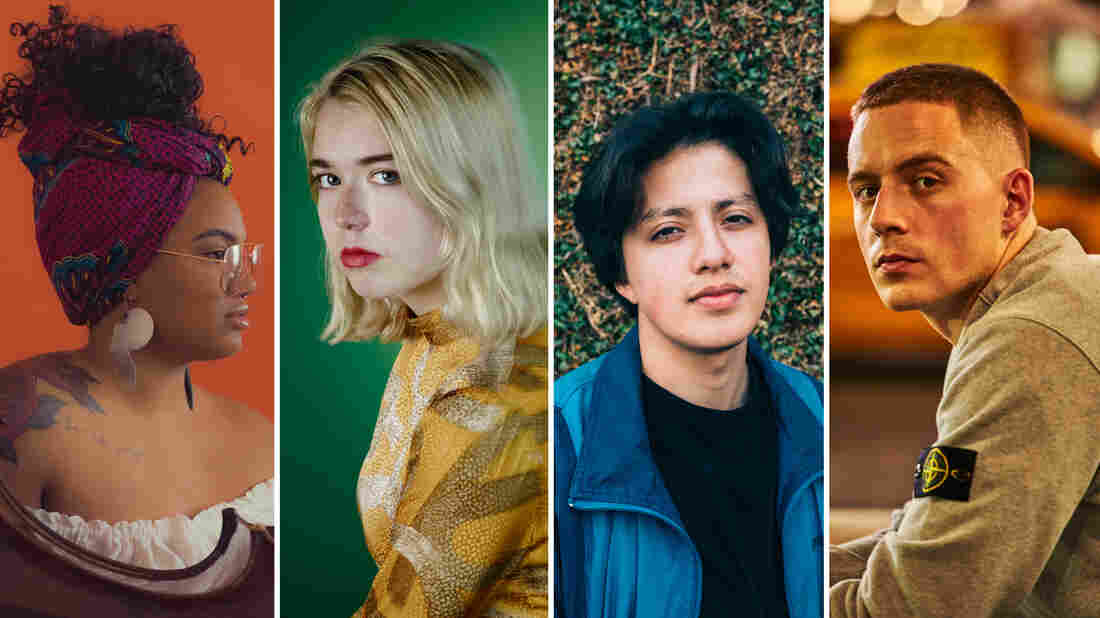 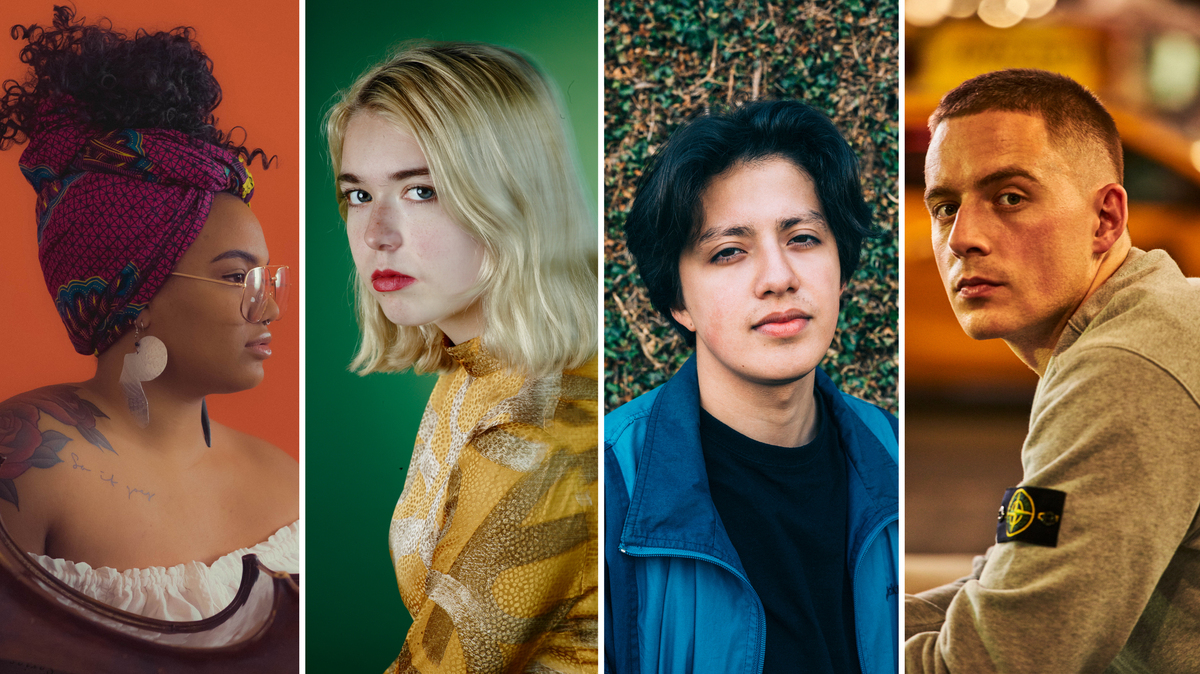 (L-R) Tonina, Snail Mail, Boy Pablo and Dermot Kennedy were voted into the top 10 Slingshot Artists of 2018 by listeners.

This was a busy year for NPR's Slingshot artists — 40 exceptional, emerging talents from around the world, hand-picked by public radio stations. They dropped albums, signed record label deals and spent innumerable hours working in studios and on stages. Despite the inevitable changes that come with moving from open mics to stadium tours, one element of their success remained constant: you.

Which is why we created our first ever reader poll, so you could tell us who deserved to be Slingshot's Best New Artist of 2018. Read on to see who finished in the poll's Top 10, what they had to say about 2018 drawing to a close, and the year ahead. 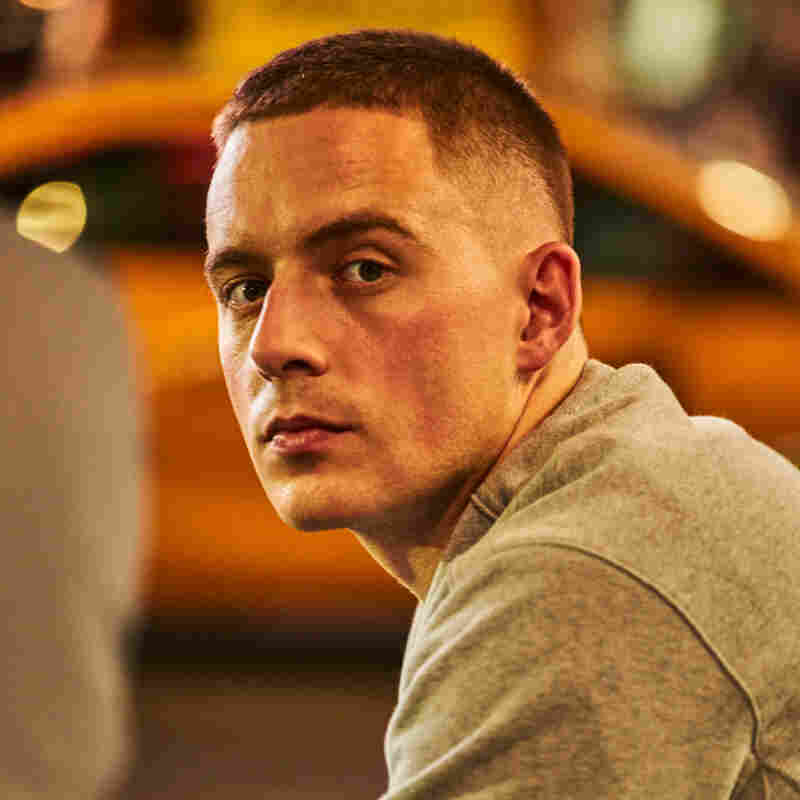 Enlarge this image
Daniel King/Courtesy of the Artist 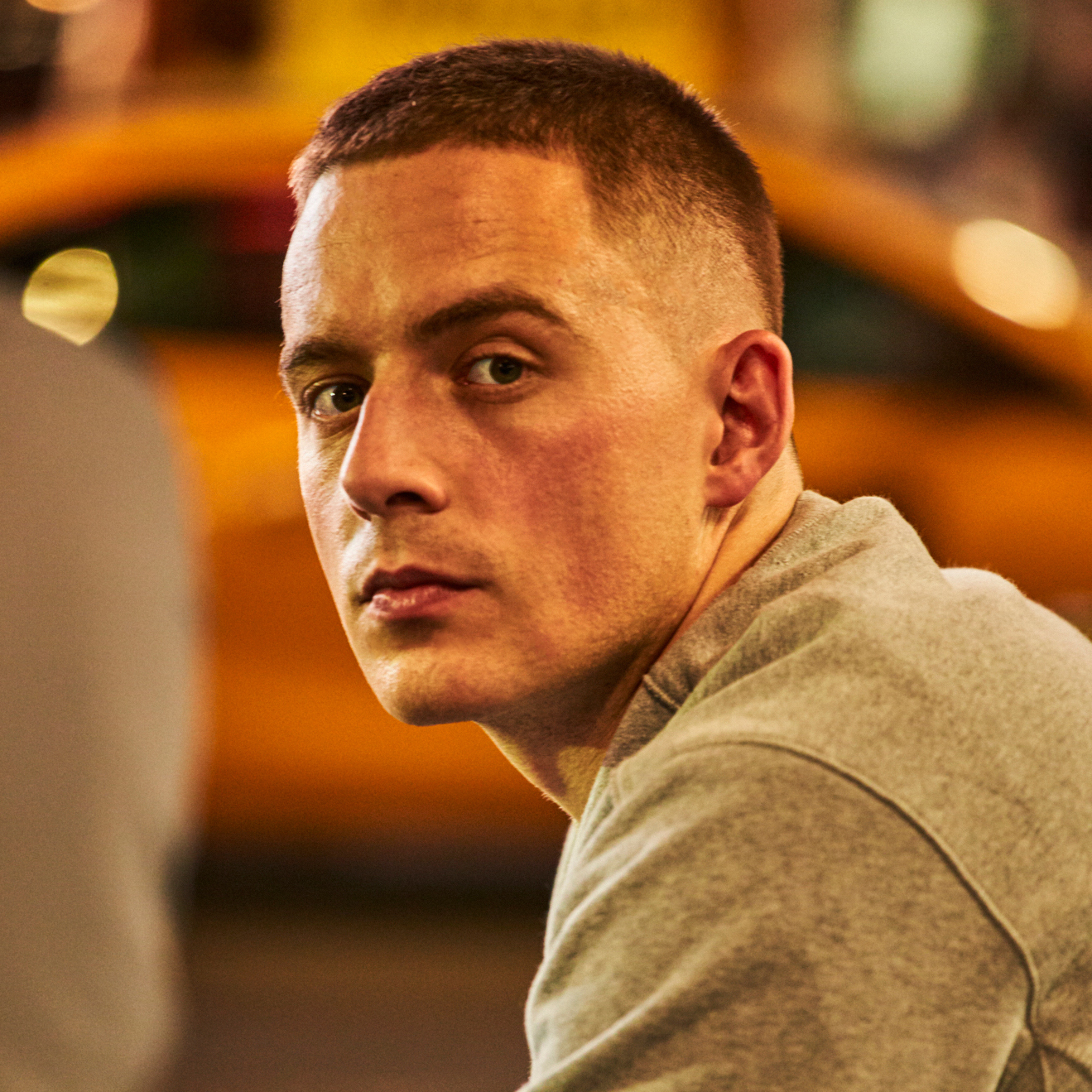 Daniel King/Courtesy of the Artist

Your Slingshot Artist Of 2018:
Dermot Kennedy

2018 Highlights: Dermot Kennedy released his second EP, Mike Dean Presents: Dermot Kennedy, in April and the single "Power Over Me" in October. International touring, more than 100 million Spotify streams and a savvy social media presence made Dermot Kennedy a stand-out Slingshot artist. Listen to his music on Spotify.

Stay tuned for Dermot Kennedy's appearance on All Things Considered this month. He'll discuss his crazy, classic 2018 with host Ailsa Chang. In the meantime, check out his Tiny Desk concert. 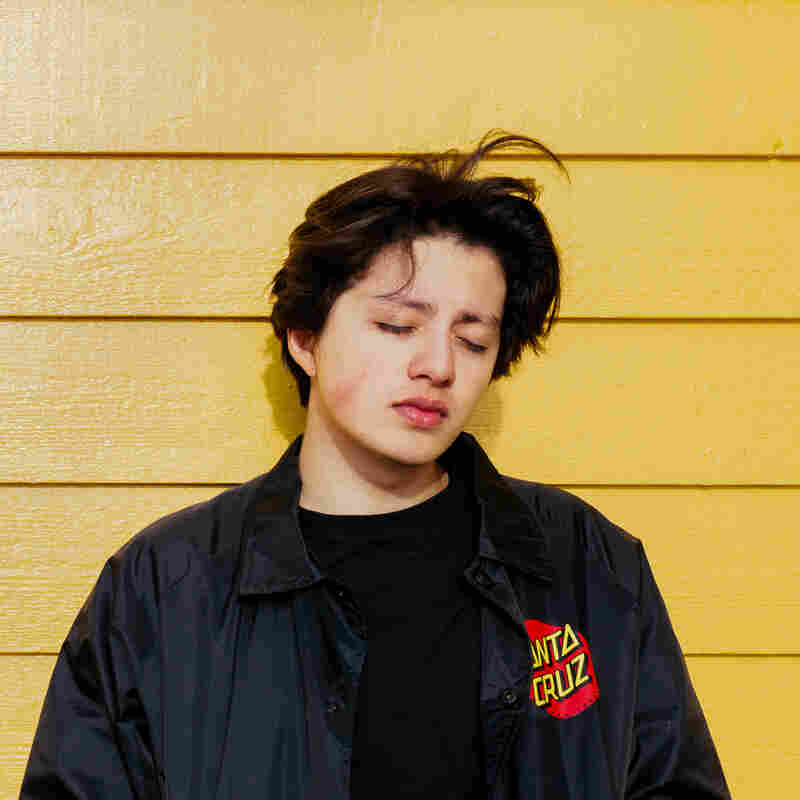 In Boy Pablo's Own Words:

"This past year has been totally surreal to me. I've had the opportunity to tour around the world with my best friends for the first time, release another EP. Most importantly I have had the chance to see how happy people get from this project called Boy Pablo. I'm very thankful for the experience and I hope the boys and I can keep making people smile in 2019." 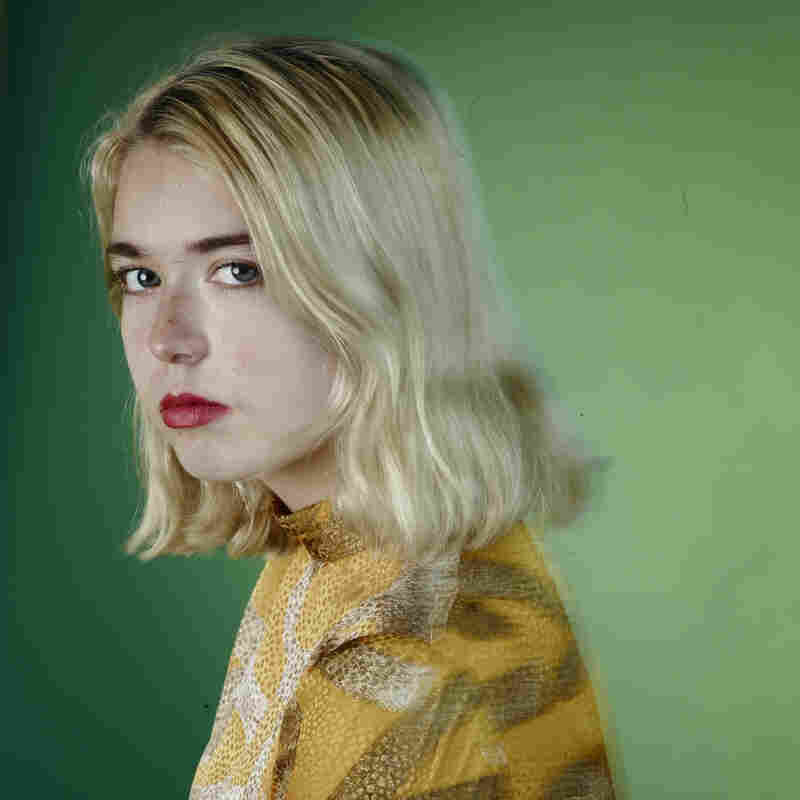 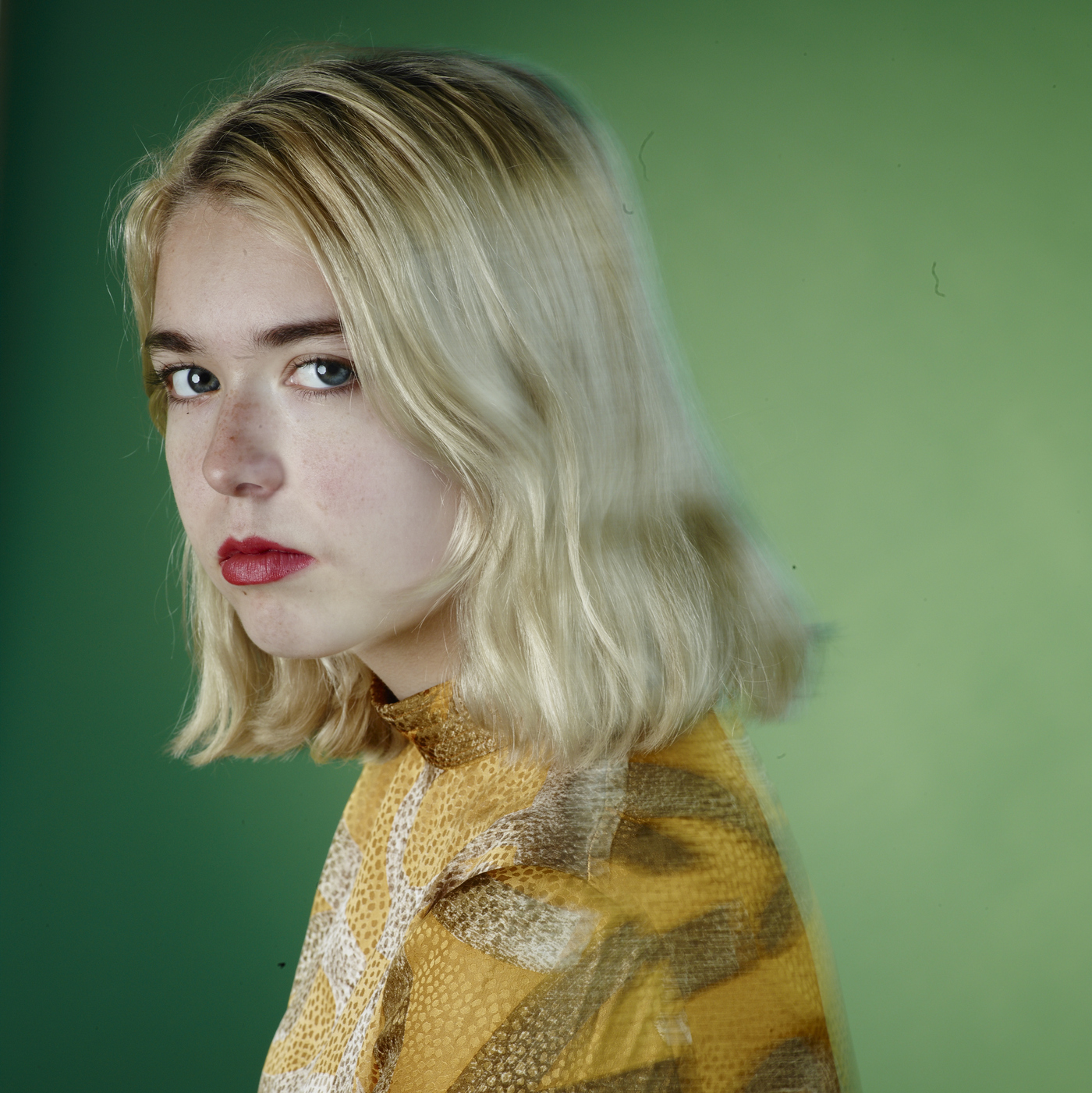 In Lindsey Jordan's Own Words:

"I feel like the thing that has changed the most this year has been my focus on songwriting and how much I value that aspect of the process. Touring all year long, I've found it really difficult to stay present on stage night after night, but have found solace in only writing things that I actually believe. Looking forward to spending more time working on the next record in 2019." 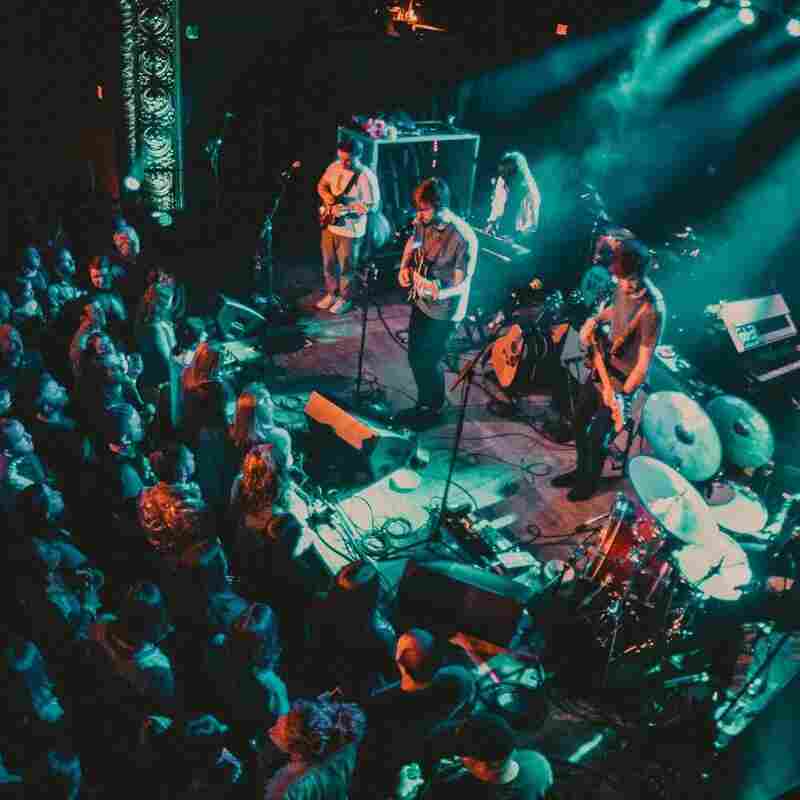 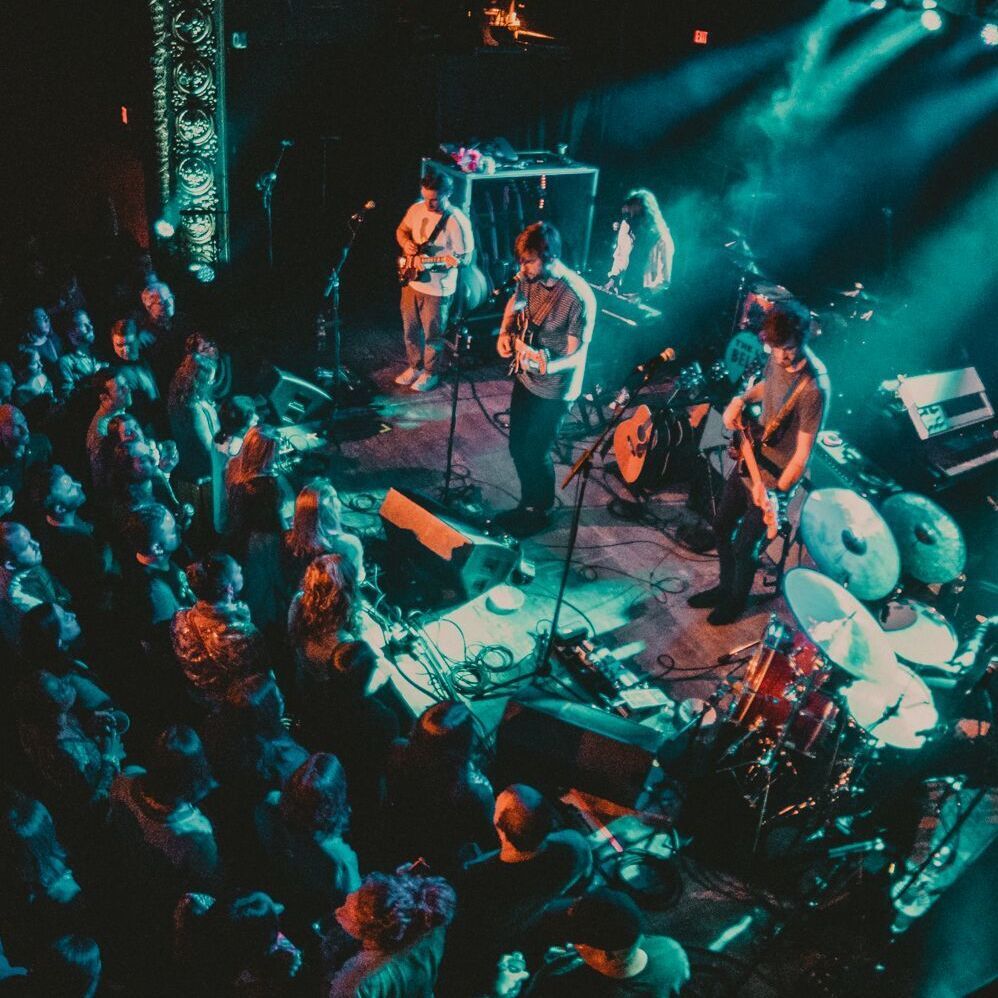 "2018 was a big year for us. We've had so many amazing opportunities and it's been really rewarding to watch the band and specifically our live set grow. We can't thank [public radio] enough for all the support in 2018 and we're excited to start the next chapter in 2019!" 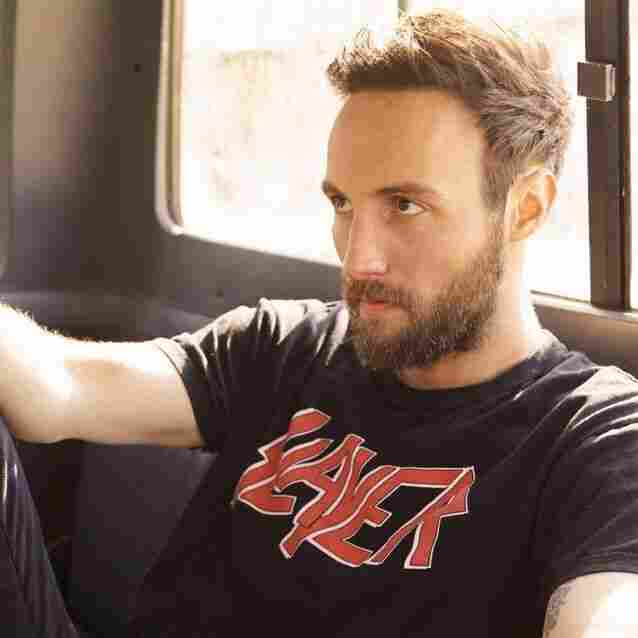 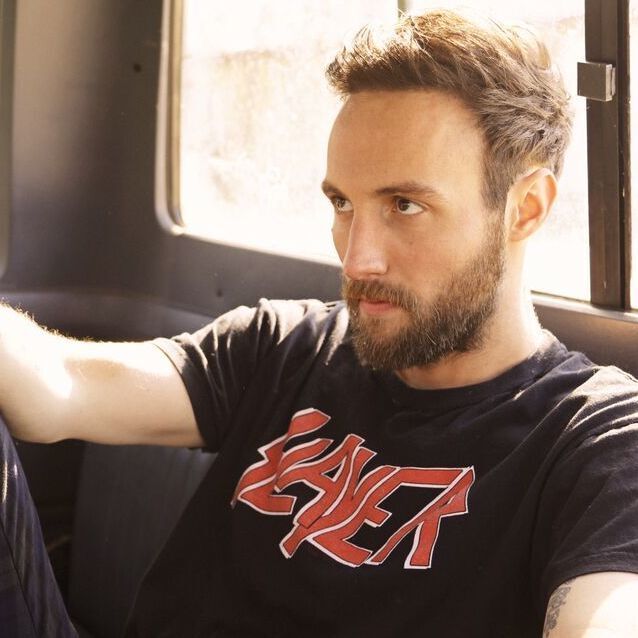 In Ruston Kelly's Own Words:

"Putting out my debut album in 2018 has been a true catharsis in two ways: relieving freedom of personal struggles through completion of reflective work, and a joy in gaining fans who sing along with me through their own personal lenses at my shows. I am beyond grateful and excited for the years to come." 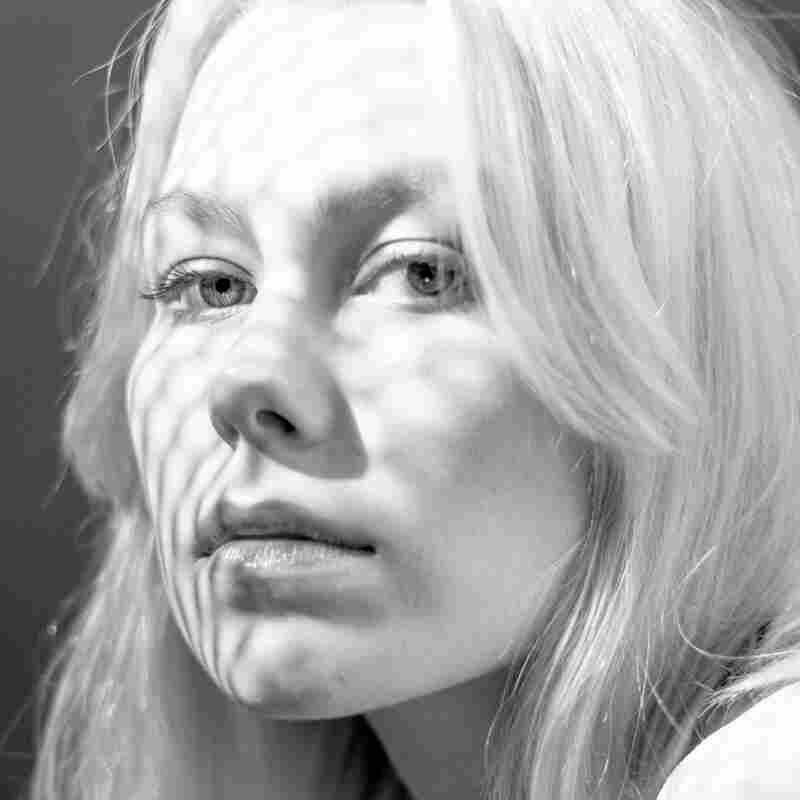 2018 Highlights: After touring for her 2017 album, Stranger in the Alps, Phoebe Bridgers formed the indie rock supergroup Boygenius with Julien Baker and Lucy Dacus, and released the EP boygenius. Listen on Spotify.

In Phoebe Bridgers' Own Words:

"This year I played music with my friends and my heroes, watched some teenagers in Oslo find a way to mosh to my song about a funeral, train wrecked a Gillian Welch cover because my friend Marshall and I made eye contact while we were singing and we couldn't stop laughing, became friends with my favorite podcast host because my tour manager invited him to a show and turns out he loves The Replacements, bowed to Julien Baker while she ripped a guitar solo every night for a month, and taught Mark Kozelek what a meme is. It has been my favorite year of my life. I love music. I want to keep doing it always." 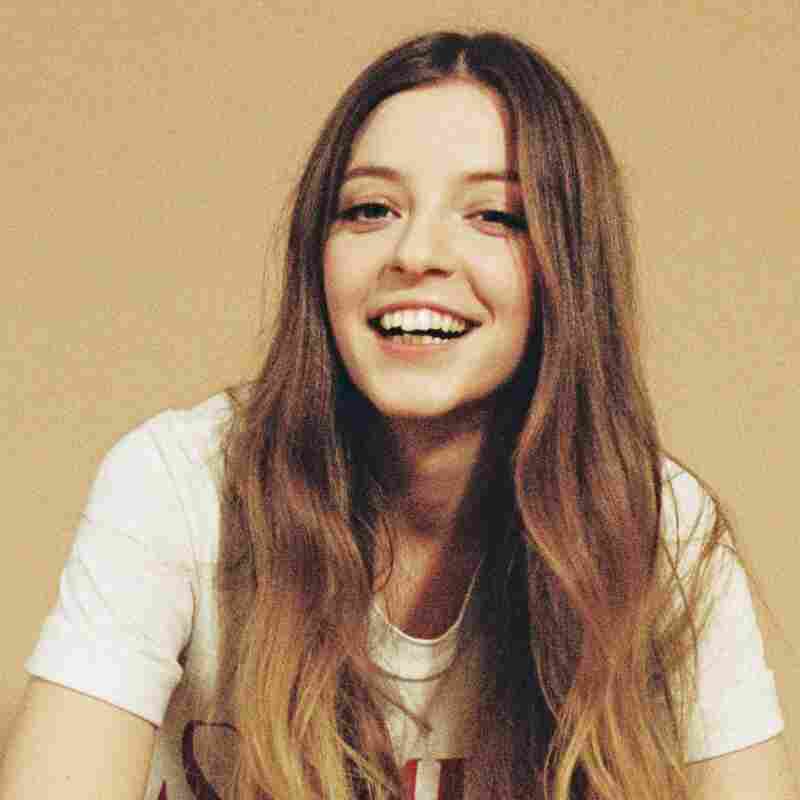 2018 Highlights: Jade Bird's first single of 2018, "Lottery," reached No. 1 on the non-commercial radio charts. Watch the music video on YouTube.

In Jade Bird's Own Words:

"2018 has been an incredible year, my music has evolved, I've learnt so much and had some of the best times of my life out on the road! 2019 will bring the release of my debut album which I cannot wait to share with you. Thank you to everyone who has supported me so far!" 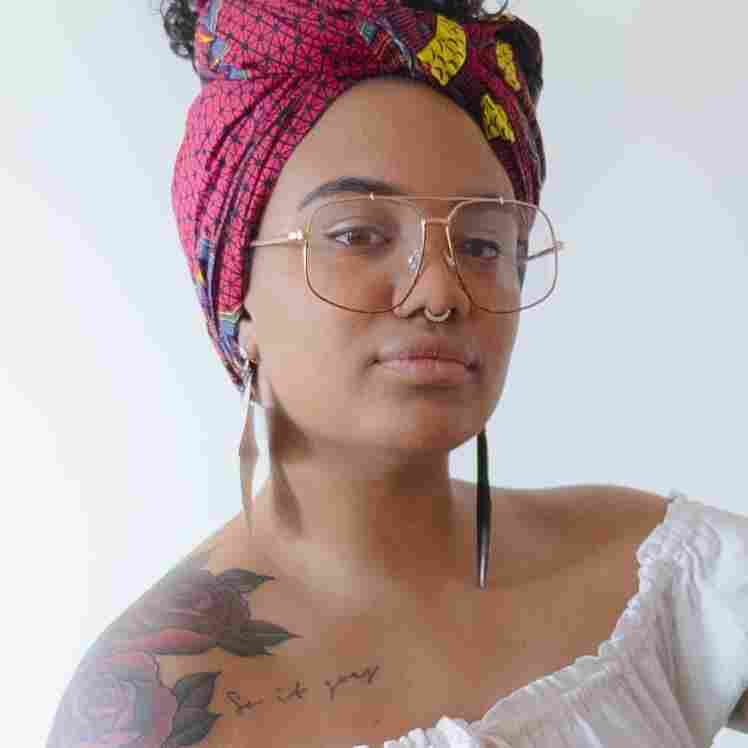 "My music has evolved tremendously in the last year. I've opened my mind and heart, and allowed for more musical ideas to seed and grow. My plans for 2019 are to tour the world with my music." 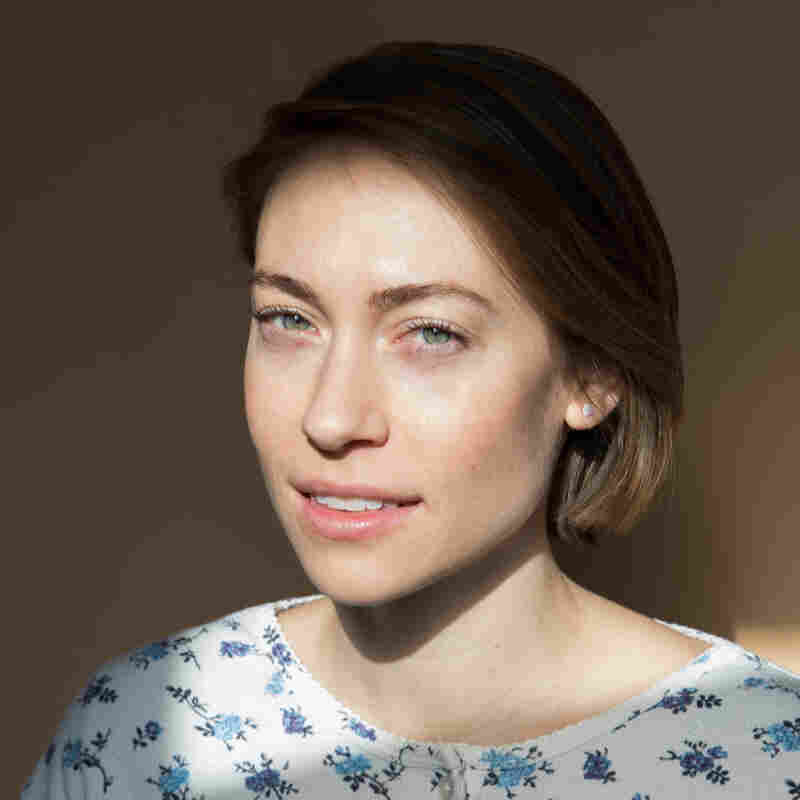 In Anna Burch's Own Words:

"I really didn't know what to expect with the release of my debut record last February, but I'm definitely pleased with how the year went. I played 126 shows in 12 countries and now I'm finally getting a chance to rest and gather new material. I'm thankful for all of the support from my team who helped give the record what success it saw, the media outlets and music writers who thoughtfully covered it, and of course everyone who came out to shows and formed attachments to my songs—I feel lucky to be here, thank you!" 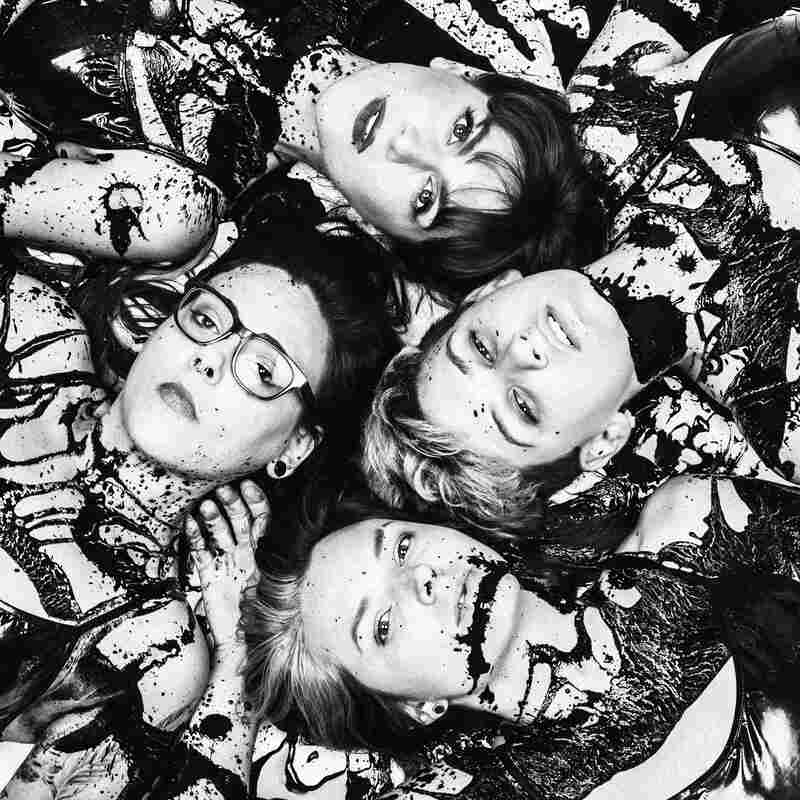 Jake Clifford/Courtesy of the artist

2018 Highlights: Thunderpussy released its debut album, Thunderpussy, in May. Listen on YouTube.

"This year has been an incredible ride! We've made great strides towards our World Domination Endeavor, in large part to those of you helping to spread the Gospel of the Pussy! Hop on the Pussyposse train...Never too late to join the party!"