Accessibility links
He Is Jewish, But Being Santa Is His Calling Rick Rosenthal has been playing the role of Santa for almost seven years. At StoryCorps, he recalls how it all began. 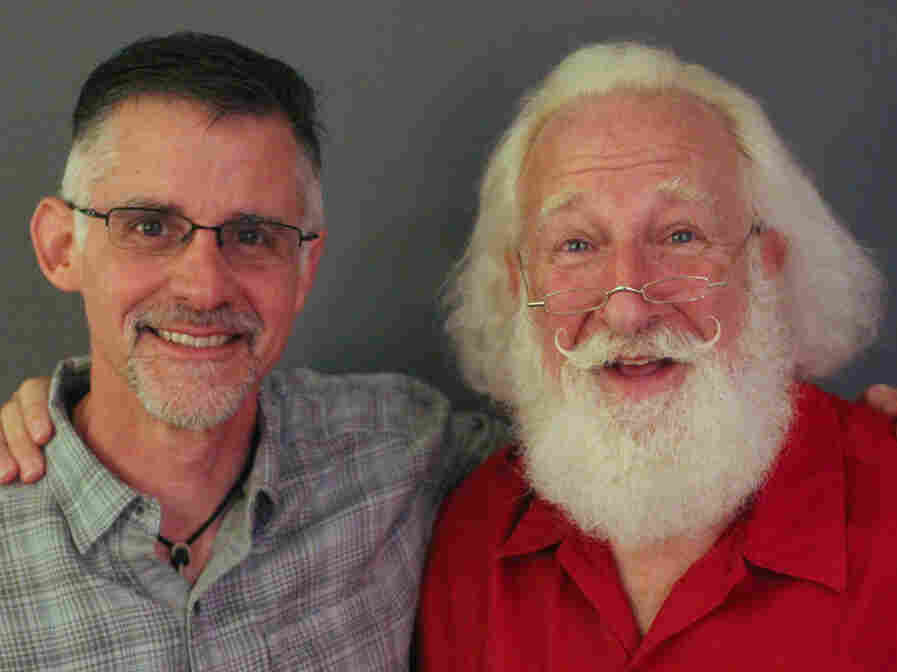 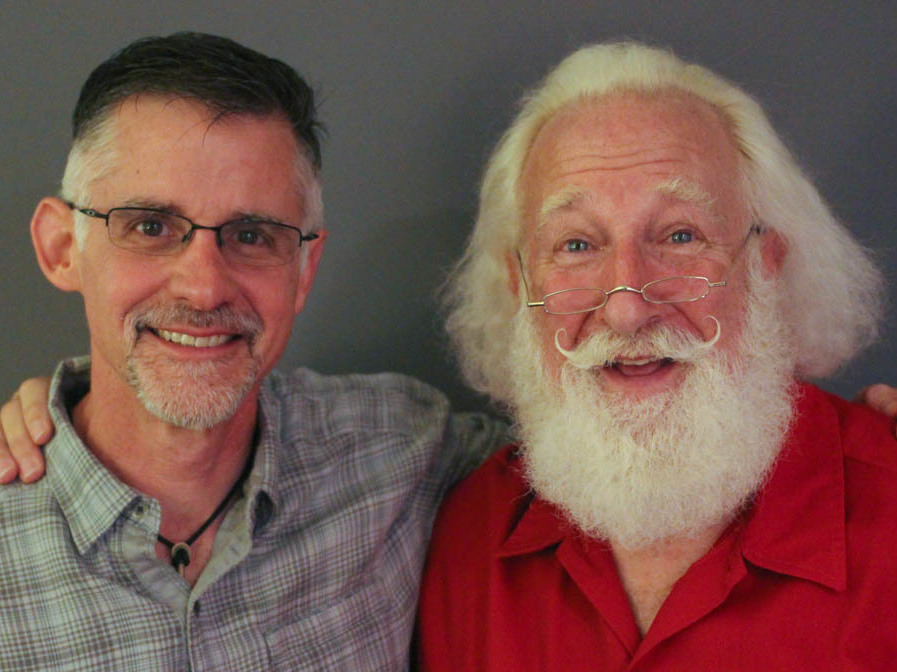 Adam Roseman, 52, and Rick Rosenthal, 66, pose after their StoryCorps interview in Atlanta.

Rick Rosenthal has been a year-round Santa for nearly seven years — maybe no surprise given his jolly demeanor and bushy white beard. What sets this Santa apart is something entirely different: his Orthodox Jewish faith.

Rosenthal has traveled the world for Santa events and has participated in television commercials, parades, trade shows, tree lightings and parties. He even runs a school for aspiring Santas. In a recent interview with StoryCorps, he sits down with his old friend and mentee Adam Roseman to talk about how he discovered his unexpected calling.

"I was always that guy who was out in left field, it's just the way I was," Rosenthal tells Roseman. "Everybody felt that way. My dad, God bless him, loved that part of me."

He says he became an "official Santa" after his parents died just two weeks apart in the fall of 2011.

"In Judaism, you don't shave for 30 days when you lose a parent or a child," Rosenthal says. "When Dad died, I just said, 'That's it,' and I just let my beard grow."

Growing out his beard gave Rosenthal the Santa look, but it was an encounter with a child the following spring that cemented his commitment to the role.

"I was at Home Depot, and I hear this voice, and there's a father looking over, and his son had turned and saw me and was sure I was Santa," Rosenthal says. "And I walk up to him and I put my hands on my lips and I said, 'Don't tell anybody that you saw Santa buying tools for the elves at Home Depot.' "

After that, Rosenthal continued to grow out his beard and began booking more professional Santa gigs.

It's a role, he says, that holds a special place in his heart.

"Being Santa really does make you a better person because he talks to children, gives them respect; he looks them in the eyes and listens," Rosenthal says. "And he treats them all the same, whether they are 4 or 94." 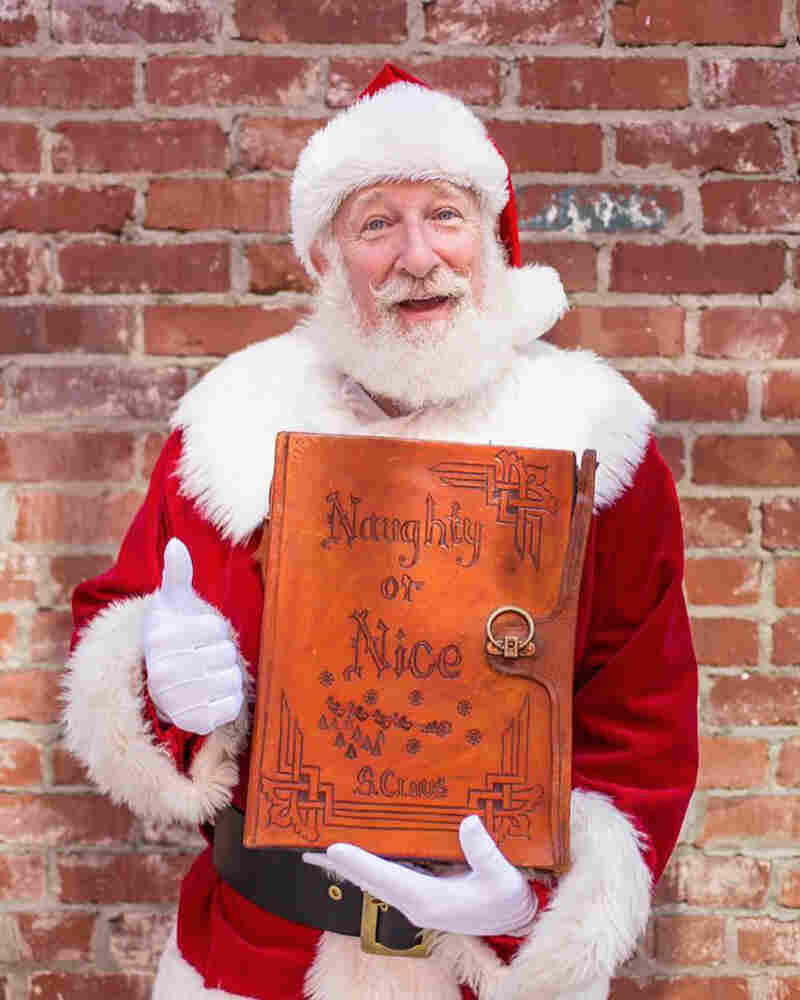 Rick Rosenthal, who also goes by "Santa Rick," started and now runs one of the largest Santa schools in the country. Courtesy of Rick Rosenthal hide caption 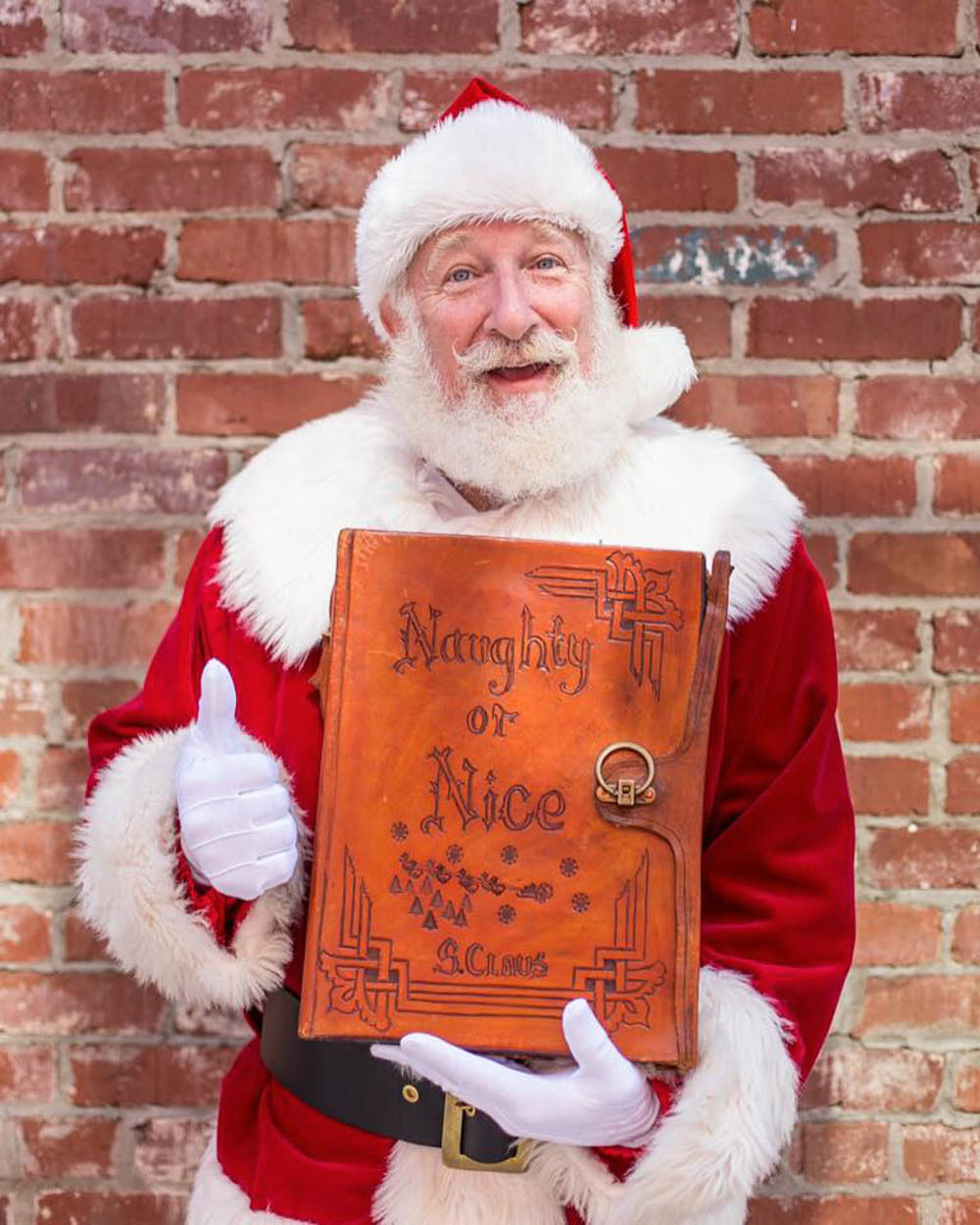 Rick Rosenthal, who also goes by "Santa Rick," started and now runs one of the largest Santa schools in the country.

Rosenthal says there are some people who think he is crazy for portraying Santa year round. Even Roseman says he was taken aback at first.

Santa Claus Is Driving To Town

"I do recall some of the initial conversations with you planning to become Santa and I do have to say or admit that I was skeptical," Roseman tells him. "But, you are that person."

For Rosenthal, it's about making others happy.

"We don't live in a black and white world," Rosenthal says. "The world is filled full of beautiful colors. Unfortunately, there are some people who are black and white. As Santa, you have to love people, and you just have to do whatever you can to make their lives better so that they can see the colors of the world."