Accessibility links
Republicans Only Group That Mostly Sees Mueller Investigation As 'Witch Hunt' Most Americans see the special counsel's Russia investigation as fair, but 7 in 10 Republicans don't — and are using the president's terminology to dismiss it, an NPR/PBS NewsHour/Marist Poll finds. 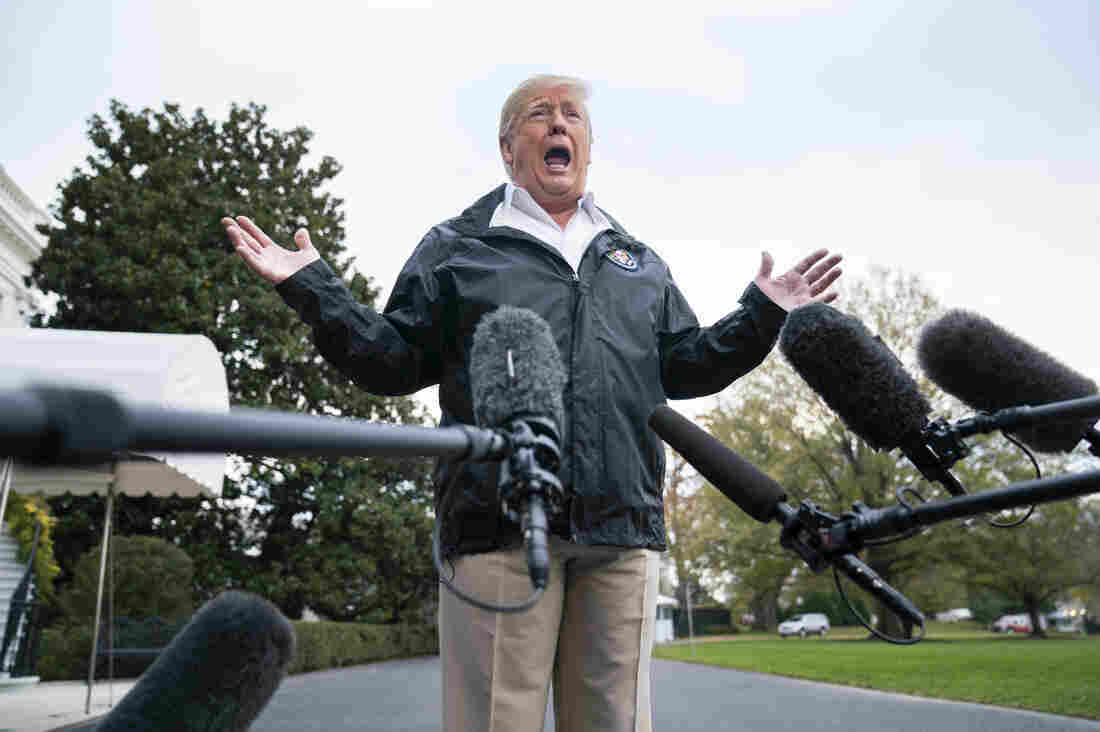 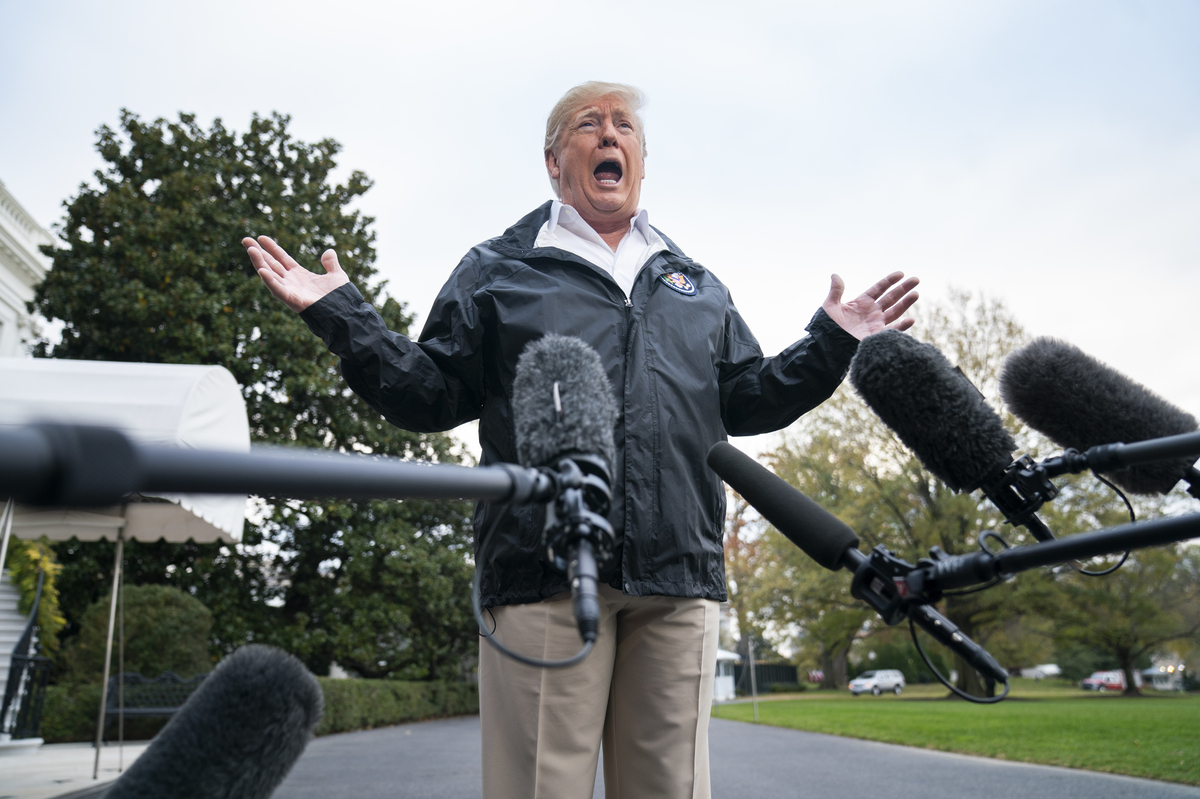 President Trump speaks to reporters before departing the White House for California in November.

President Trump continues to rail against special counsel Robert Mueller and his investigation into Russian interference in the 2016 election and possible collusion with the Trump campaign. Trump has, for example, used the words "witch hunt" in tweets nearly a dozen times in the month since Election Day.

The phrase appears to have stuck with his base, according to a new NPR/PBS NewsHour/Marist Poll, but not with others beyond that. Seven in 10 Republicans agree with him, while a majority of independents and 4 in 5 Democrats see the investigation as "fair."

"The base is solidified, but that doesn't get you more than that," said Lee Miringoff, director of the Marist Institute for Public Opinion, which conducted the poll.

The polarized views on the special counsel persist amid a recent flurry of developments in the Russia probe, following relative quiet around the midterms. In federal courts on Friday, Mueller's team is expected to detail how former Trump campaign chairman Paul Manafort allegedly breached his plea deal and to provide sentencing recommendations for ex-Trump lawyer Michael Cohen, who admitted last week to lying to Congress.

In the poll, for the first time, more Americans said they view Mueller more negatively than positively, 29 percent favorable, 33 percent unfavorable. That's a net 7-point decline from the summer, when Mueller was 33 percent positive and 30 percent negative.

(The slight bump in March 2018 in the chart above followed several developments in late February in the Mueller investigation timeline. They included financial charges against Manafort and a guilty plea from Manafort's former business partner Rick Gates.)

The overall movement on views of Mueller, however, is within the poll's margin of error, and — perhaps more remarkably — the former FBI director remains not very well known or defined. Despite withering attacks from Trump, the plurality of Americans (39 percent) continue to say they are unsure of their feelings toward Mueller or have never heard of him.

That's very different from views of Kenneth Starr, the special prosecutor who investigated former President Bill Clinton in the 1990s. Back then, almost 6 in 10 Americans (56 percent) had an unfavorable view of Starr, according to a Time/CNN Poll in September 1998. Only 13 percent said they were either not familiar or not sure.

"Trump does very well when he has a target that he can put characteristics on, that he can make it clear in terms of why they should like or dislike someone," Miringoff said. "When it comes to Mueller, that's not occurring. [Mueller is] largely unknown, but the investigation is known. ... That stymies the president and his handlers in terms of how they like to deal with an opponent."

"The issue of transparency is big," Miringoff said. "The only thing that's stuck with the base is the notion of the 'witch hunt,' but people are supportive of letting the investigation go to its conclusion. ... And they want to see the results. If you don't get to see the sausage at the end, people are not going to be very happy about that."

Trump's approval rating in the poll remains essentially unchanged at 42 percent, and fewer — just 36 percent — think the country is headed in the right direction.

The poll was conducted from Nov. 28-Dec. 4, includes interviews with 1,075 adults and has a margin of error of plus or minus 3.7 percentage points.