Accessibility links
'Mary Queen Of Scots' Is A Case Study On How Political, Human Narratives Get Crafted Stefan Zweig's famous book is as much about its own context as an execution 300 years ago; its archness signals a time capsule, except that the rhetoric around women in power has changed so little.

'Mary Queen Of Scots' Is A Case Study On How Political, Human Narratives Get Crafted

'Mary Queen Of Scots' Is A Case Study On How Political, Human Narratives Get Crafted 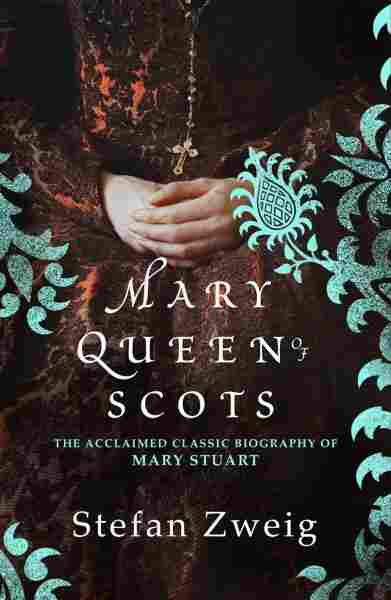 Posters for the film Mary Queen of Scots label Mary Stuart "Born to Fight," and Elizabeth I "Born to Power." But this rivalry is so famous we already know those taglines are applied to the wrong queens.

Elizabeth I, declared illegitimate after her mother's execution, spent her youth learning the politics of survival. Mary Stuart, crowned in the cradle, was betrothed to the Dauphin and grew up a sovereign of two nations. The struggle between them is often painted as the tension of cunning and tragedy: Mary's golden days melted into romantic scandals and poor strategy, and her "dear sister" Elizabeth's ruthless statecraft eventually removed Mary from the chessboard.

Besides bearing two female heads of state at a time that was vanishingly rare (John Knox railed against the "monstrous regiment of women"), this story carries something tragic about a queen of the old stamp learning divine right is no match for modern politics. We've seen it on screens big and small, and there are plenty of biographies about the Scottish queen. One of the most famous is Stefan Zweig's Maria Stuart, published in 1935 and now being reissued by Pushkin Press (in a translation by Eden and Cedar Paul) to coincide with the movie — though Zweig would have something to say about those poster taglines, too.

In 'Mary Queen Of Scots,' 2 Queens Become Pawns In A Struggle For Supremacy

Zweig (blockbuster in his day, briefly forgotten, now undergoing a renaissance) had already written one hit about a doomed queen — 1932's Marie Antoinette, which atmospherically detailed the days of the last queen of France. In some ways, Mary, Queen of Scots is similar. It's a history obsessed not with "how" but "why"; facts are presented or debated with a scholar's enthusiasm, but often they merely set the stage for discussion of the psychological and the narratively preordained. (The man loves a portent). To him, Mary Stuart was a Shakespearean tragedy and a figurehead whose character was inextricable from the state itself — a story impossible to resist.

It's not pretty. The romance comes only in the failing. When Kirkus reviewed the 1935 edition, it noted Zweig seemed determined to bleed the legend from the legend: "Human, yes, but disillusioning." That seems to have been a place Zweig was comfortable; his keenest insights are the follies, the theater of politics, a powerless populace that knows better than to buy it. And much admiration for Mary comes not from action, but reaction — refusal to give in to a destiny that, he hints often, she might have seen coming.

Given Mary's famous blunders, one could think he was extending too much credit, but there's little danger of that. His attitude toward both queens veers from clamoring sympathy to a patronization that edges past ironic remove into something more brittle. (Zweig is no stranger to arch generalities and purple prose, but there's a veritable sea of asides like, "In spite of their superlative traits these two women remained women throughout, and were unable to overcome the weaknesses inherent in their sex.") It's a reminder that Mary, Queen of Scots is history-as-history, a book as much about its own context as about an execution 300 years ago. That archness signals a time capsule, except that the rhetoric around women in power has changed so little it's hard to consign even his most hyperbolic misogyny to the past — both deeply antiquated and too immediate to dismiss.

There's also the potential echoes of the author. Zweig left Austria for England in 1934; writing this book as Nazis rose to power at home, Zweig may have watched events unfolding with the same sense of doom he ascribes to Mary. Her flight from Scotland is written in a different tenor than say, Bothwell. Zweig described how seeking refuge recategorized him as political object, a supplicant in England: "of the outlaws," he wrote, "of the men without a country." It colors the inevitability he sees in Mary Stuart, the frantic letter-writing and escapes under cover of night, looking in vain for safety in a world of politics.

Mary, Queen of Scots can offer no great surprises; aside from the occasional debate about the Casket Letters (Zweig is Team Mary Wrote Them), we know how this story goes. We come back to it not just because it's a remarkable set piece — there are many remarkable historical set pieces not nearly as indelible. We come back because this impossible, well-documented detente offers a case study on how political and human narratives get crafted.

Mary, Queen of Scots, a compelling variation on the theme, is obsessed with how it happened long ago. It's just as fascinating to see its own narrative working 80 years back, and – in unexpected and unhappy turns – the moment.