Accessibility links
Thomas Fire: Residents Push To Get Back Home For The Holidays "My wife is absolutely obsessed that she's ready for Christmas," Ed Fuller says. "Last Christmas, we sort of lost."

Listen · 3:32 3:32
After Devastating Fire, Ventura Residents Push To Get Back Home For The Holidays 3:32 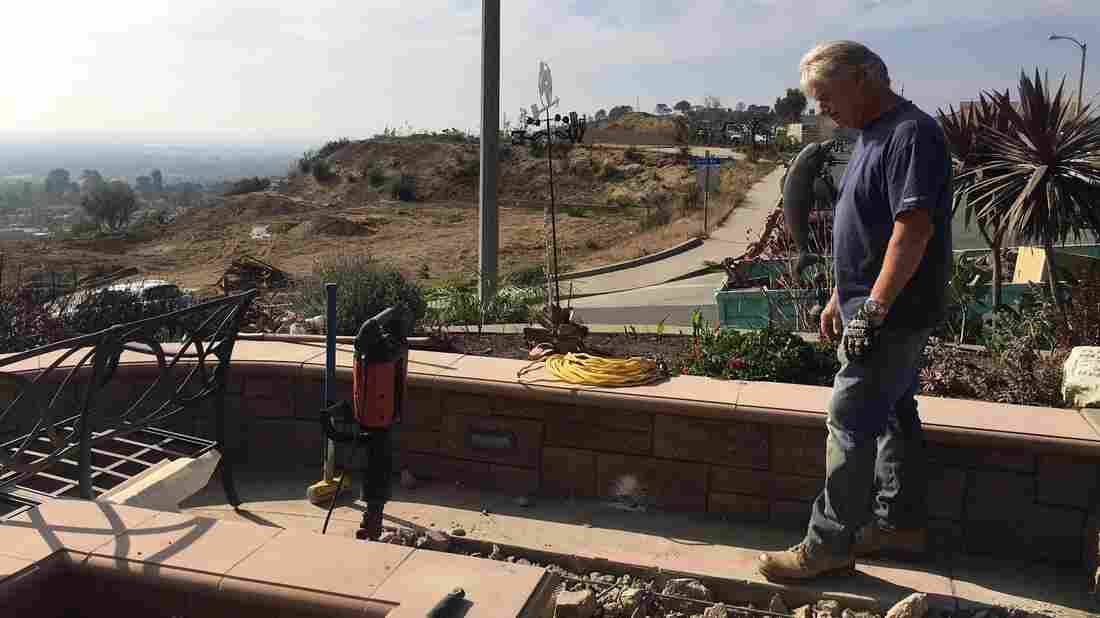 Ed Fuller and his wife, Sandra, are rebuilding their Ventura, Calif., home after it was destroyed in last year's Thomas Fire. Stephanie O'Neill for NPR hide caption 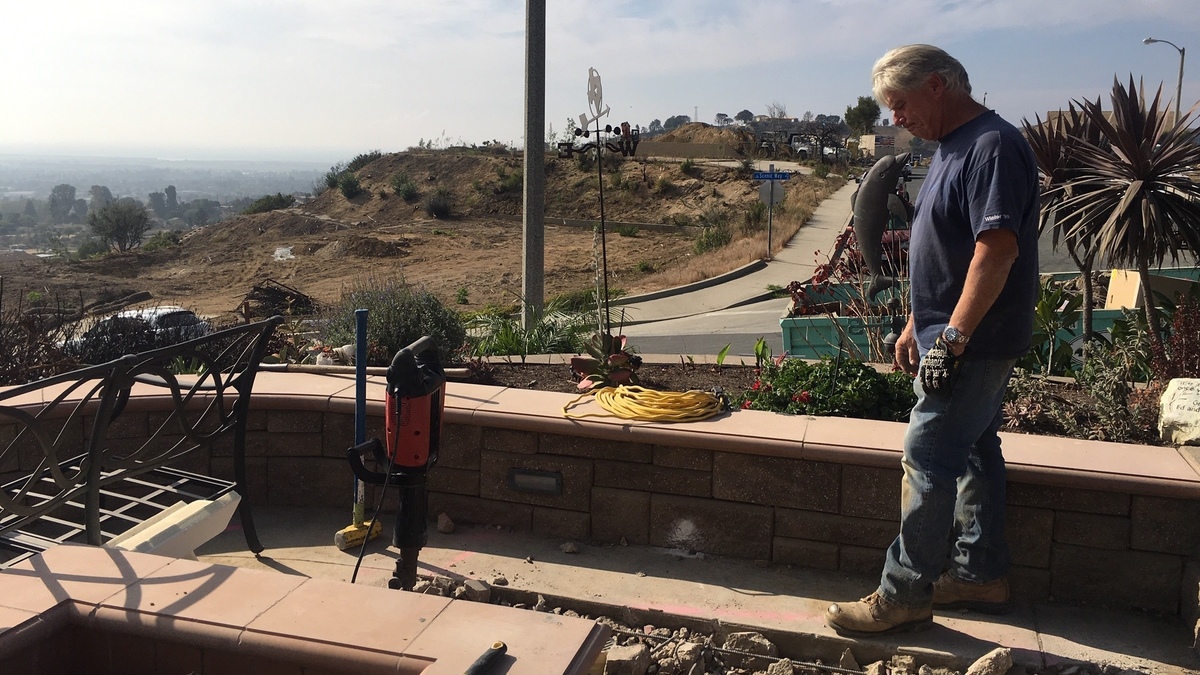 Ed Fuller and his wife, Sandra, are rebuilding their Ventura, Calif., home after it was destroyed in last year's Thomas Fire.

When Ed Fuller and his wife, Sandra, first saw their home in the Clearpoint neighborhood of Ventura, Calif., back in 2011, they were sold. The house needed lots of work, but the view was unparalleled.

"I can see the ocean. I can see the Channel Islands," Fuller says. "This is about ... a 180-degree view. We also get the canyon views. It doesn't get much better than this."

Their property sits near the top of the aptly named Scenic Way Drive. It's a street backed by rolling hills and chaparral-filled canyons. Fuller says he has always been aware of the wildfire risk posed by that thick brush made tinder-dry by years of drought. So he kept his property cleared and planted with fire-resistant landscaping.

But it wasn't enough to stop the wind-fueled Thomas Fire as it blasted into Ventura on the night of Dec. 4, 2017. The fire grew into what was then the largest wildfire in modern state history, destroying at least 1,063 structures, including more than 500 homes in Ventura. In all, it consumed more than 440 square miles in Ventura and Santa Barbara counties — a record it held until this summer when the Mendocino Complex Fire in Northern California surpassed it.

Today, dozens of empty lots sit where houses once stood; some sporting "For Sale" signs, others with homes under construction. As the sounds of drills, hammers and heavy equipment echo through these streets, residents say it feels good to see the neighborhood spring back to life.

Last year, Fuller watched from a friend's house as flames taller than the couple's mature backyard oak tree consumed their home, destroying it and about 100 others in this neighborhood. On that first night, the wildfire devoured more than an acre a minute as it crossed into Ventura's hillside neighborhoods.

"It was the perfect storm and what can you do?" Fuller asks. "There were 40 years of overgrowth in the back that hadn't been attended to that was beyond my property line ... and once that went and [with] the debris falling from the sky it was too much." 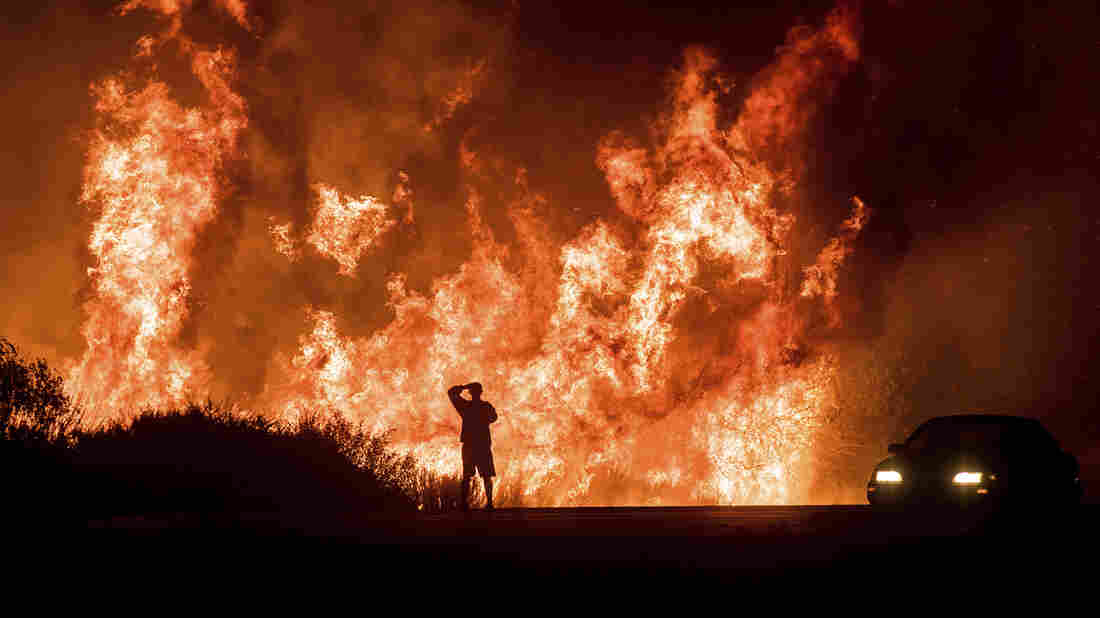 A motorist on Highway 101 watches flames from the Thomas Fire leap above the roadway north of Ventura on Dec. 6, 2017. Noah Berger/AP hide caption 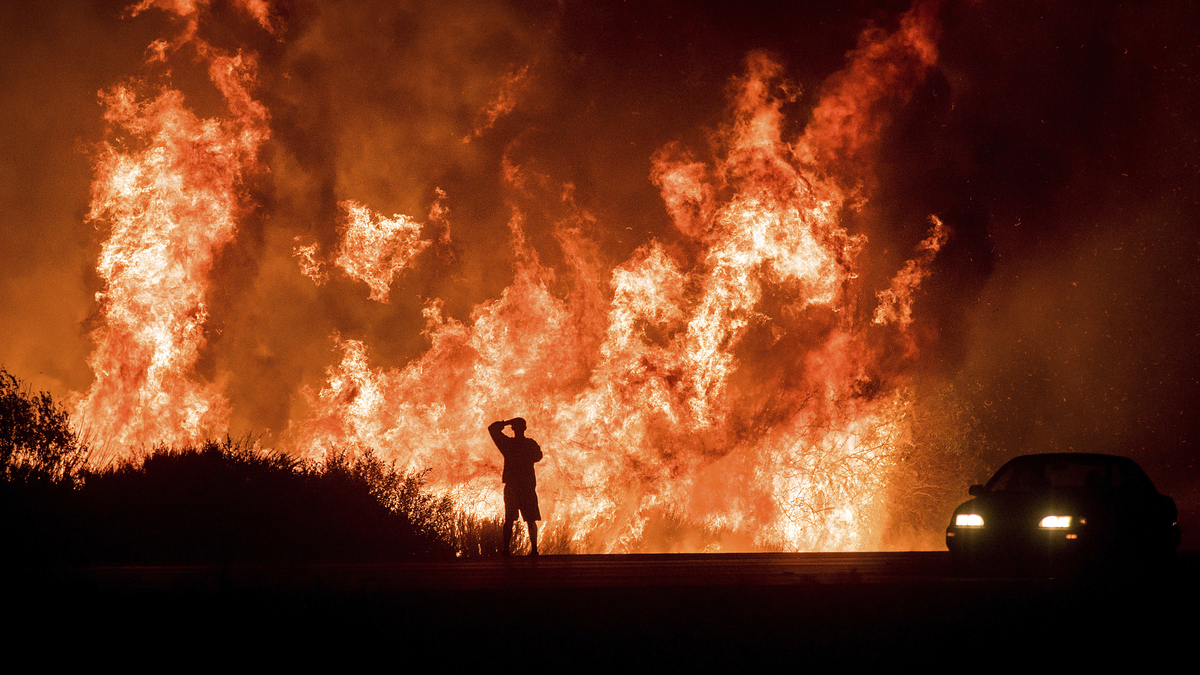 A motorist on Highway 101 watches flames from the Thomas Fire leap above the roadway north of Ventura on Dec. 6, 2017.

In all, about a third of his neighborhood went up in flames. Some houses, like the Fullers', burned in the initial wave of fire; others were destroyed later as wind-fed smoldering embers ignited inside homes and attics.

"My wife is absolutely obsessed that she's ready for Christmas. Last Christmas we sort of lost.

For firefighters working to douse the house fires during the windstorm that night, it was a bit like trying to blow out trick candles.

"They would engage one, think they had it for the most part extinguished, move on to the next, and keep that process going," says John McNeil, division chief with the Ventura County Fire Department. "Well, after a while they would look back and realize the house they were just dealing with is now rekindled and fully involved because of that wind."

"We'll just get on with it"

"This has been kind of a sleepy neighborhood and now it's a pretty busy neighborhood [and] it's going to get a lot busier," says Cooper, who lives in Clearpoint. "We're getting to a phase now where there's a lot of construction going on."

Some residents won't be coming back, though. "The folks across the street from us here are up in their 70s, 80s and they simply don't have the desire to spend the rest of their life going through this rebuilding process," he says. 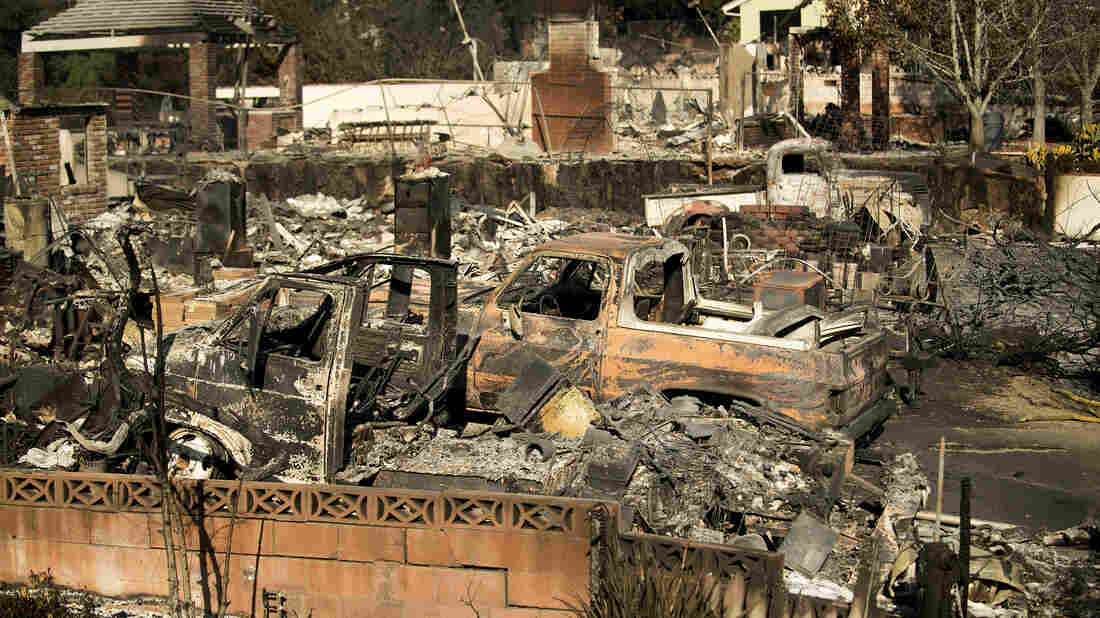 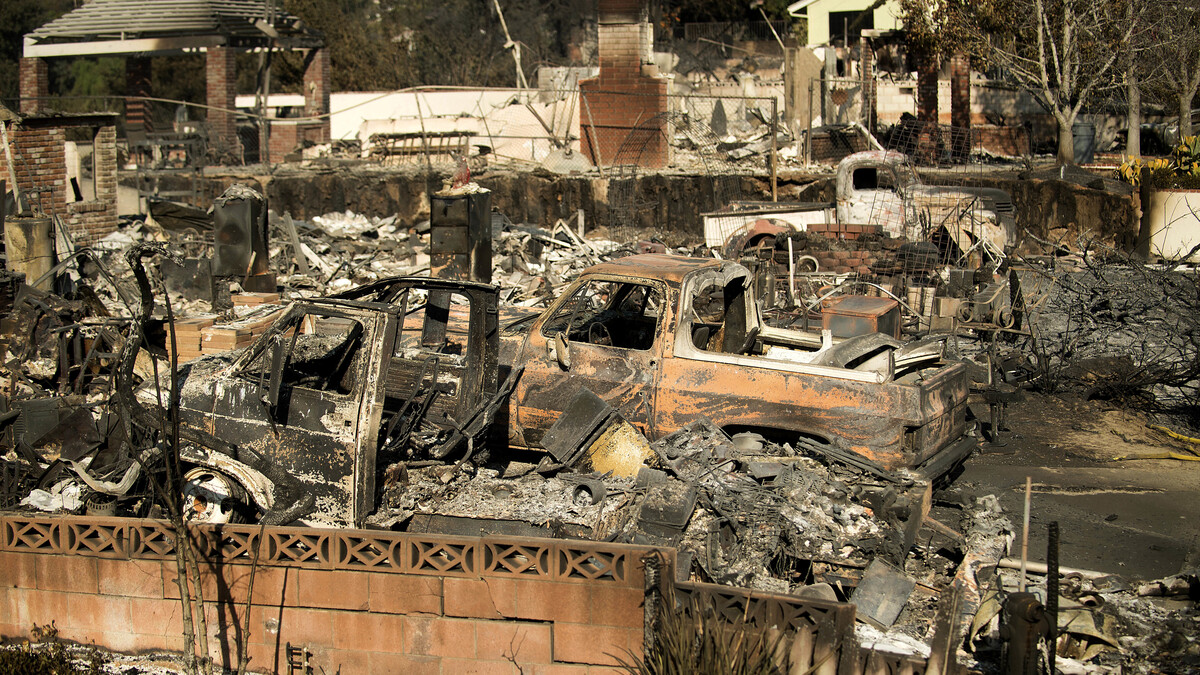 Rubble and burned vehicles line properties in Ventura scorched by fire on Dec. 6, 2017.

The Fullers are among those who will be coming back. When the Thomas Fire hit during the holiday season last year, they had just finished a six-year remodel of their home.

"I think it was a sort of a breaking point where there was just a flood of peace that kind of went through," Fuller says. "It's like there is nothing we can do about this. We know what we have to do now. We'll just get on with it."

Businessman Gives $1,000 Checks To Every Student At Paradise High School

So, they did. With plans from their remodel still in hand, they got back to work immediately after they lost their home and now have an almost finished house.

"My wife is absolutely obsessed that she's ready for Christmas," Fuller says with a smile. "Last Christmas we sort of lost."

And Fuller says he has been working hard every day this holiday season, overseeing the rebuilding of their Ventura home, to make his wife's Christmas wish come true.