Accessibility links
Friendly Fire Killed Sheriff's Sergeant At Thousand Oaks, Calif., Shooting Scene Sgt. Ron Helus was struck by five bullets from the suspect's weapon. But it was a sixth shot, fired by another law enforcement officer, that proved fatal. 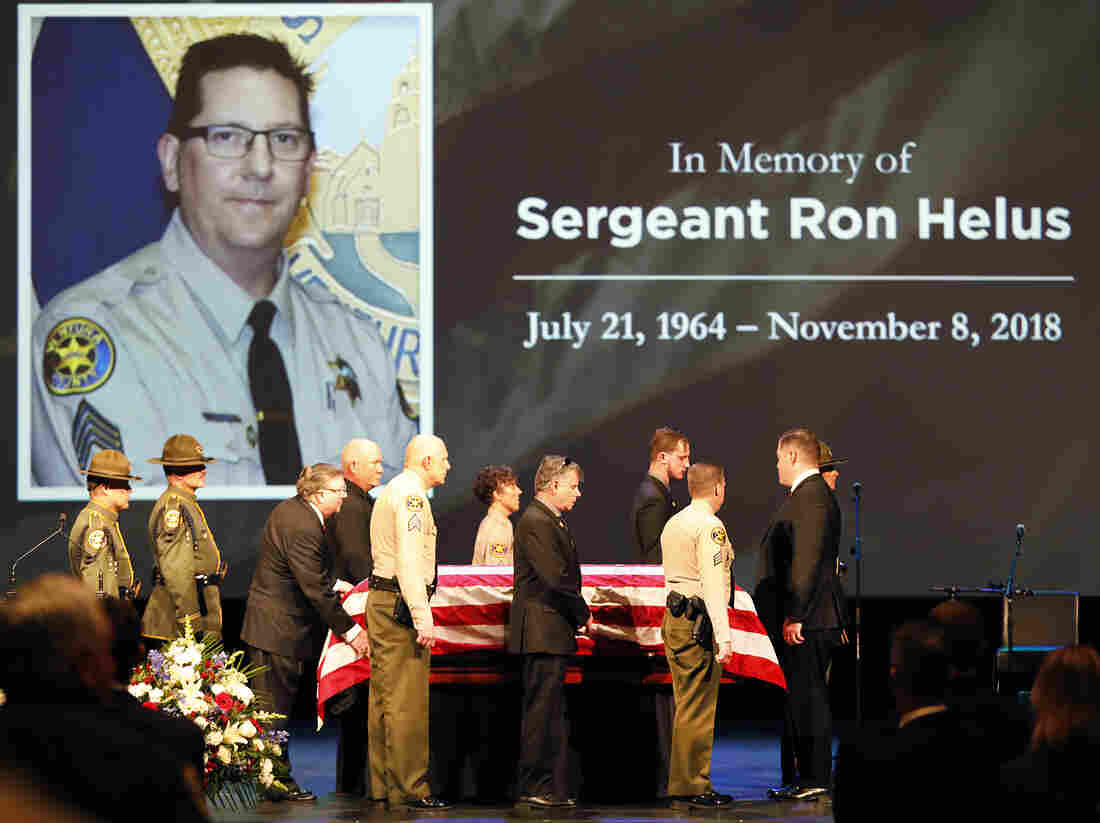 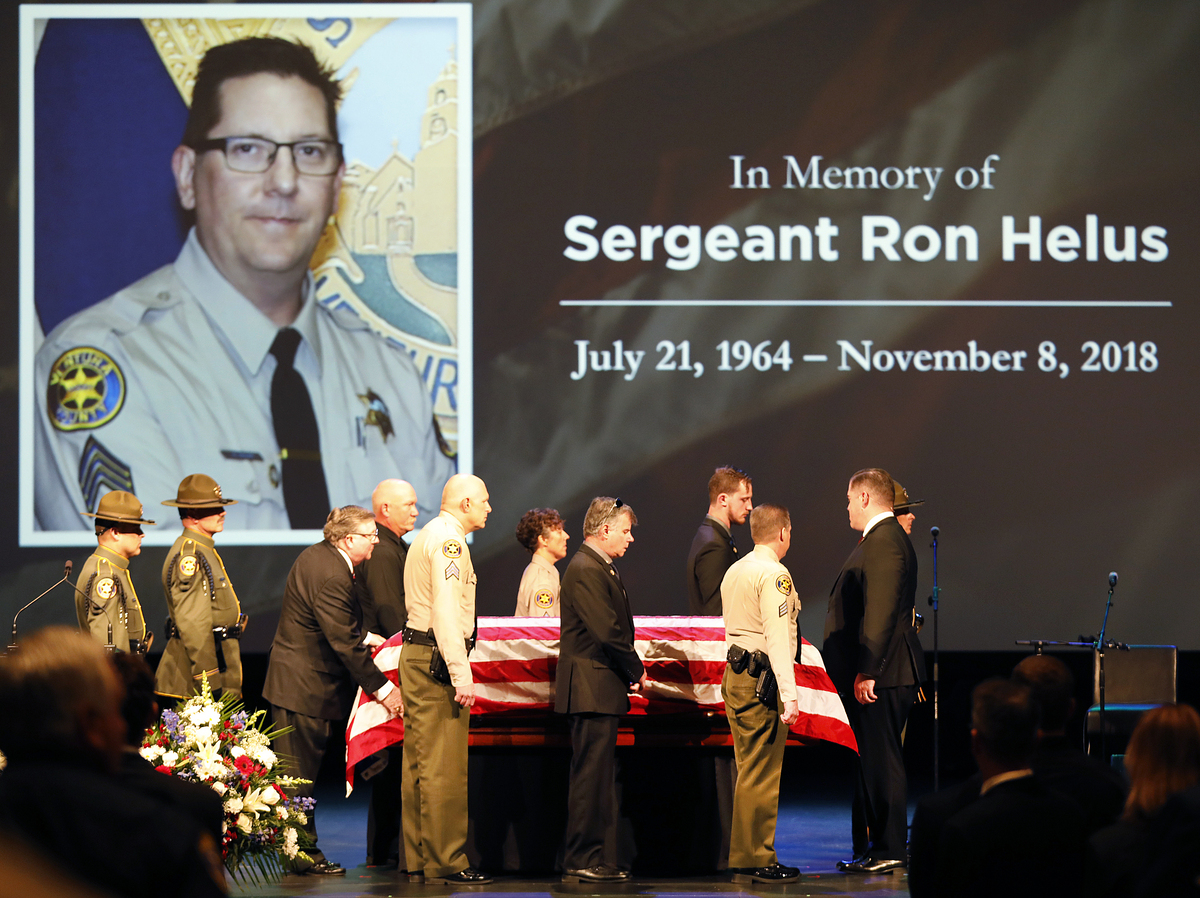 The casket of Ventura County Sheriff Sgt. Ron Helus arrives on stage for a memorial service on Nov. 15 in Westlake Village, Calif.

When Ventura County Sheriff's Sgt. Ron Helus and a California Highway Patrol officer responded to a shooting last month in Thousand Oaks, Calif., they faced a barrage of gunfire from a suspect.

But officials announced Friday that the sergeant's fatal wound was a result of a shot fired by his fellow law enforcement officer.

Helus, a 29-year veteran of his department, was one of 12 people killed at the Borderline Bar and Grill on Nov. 7 when a gunman fired more than 50 rounds into the crowd from a .45 caliber Glock semi-automatic pistol.

'This Is Going To Be Absolutely Heart-Wrenching': The Thousand Oaks Shooting Victims

"These bullets caused serious injuries, but potentially survivable injuries," Young said. But it was a sixth bullet – one that entered Helus' chest and struck his heart – that proved fatal.

"Ultimately, this was the most severe injury sustained," Young said. That bullet was determined by FBI experts to have come from the CHP officer's rifle. Ventura County Sheriff Bill Ayub described the situation that night as chaotic and confusing.

"People were running through the parking lot and jumping through windows to escape," Ayub said. "Many were visibly bleeding from injuries received while escaping the bar. Shots could be heard as the law enforcement officers bravely approached the front of the business."

Ayub said both officers were fired upon almost immediately after entering the Borderline – a popular gathering place for local residents and college students. The medical examiner said Helus was wearing a protective vest at the time of the shooting. After he was shot, officers pulled him from the scene, but he died later that night in a hospital.

"The blame for this tragedy lies with one person: the suspect that entered the Borderline that night with the intent of taking innocent lives," said L.D. Maples, chief of the California Highway Patrol's Coastal Division during today's press conference.

"Through it all, he's patient, compassionate, calm. I mean, that guy — nothing would get him fired up," Helus' colleague Sgt. Eric Buschow told NPR's Eric Westervelt in November. "He could have someone yelling right in his face and just calm a situation down. He was cool. And I'm not at all surprised that he was the first one in the door."

Helus, who was 54 years old, planned to retire next year.