Accessibility links
Ella Hunt On 'Anna And The Apocalyse,' The Zombie Christmas High School Musical Ella Hunt, who stars as the titular Anna, explains the undead metaphor, her own teenage years, and the impact of co-creator Ryan McHenry — who died before he could see this movie completed. 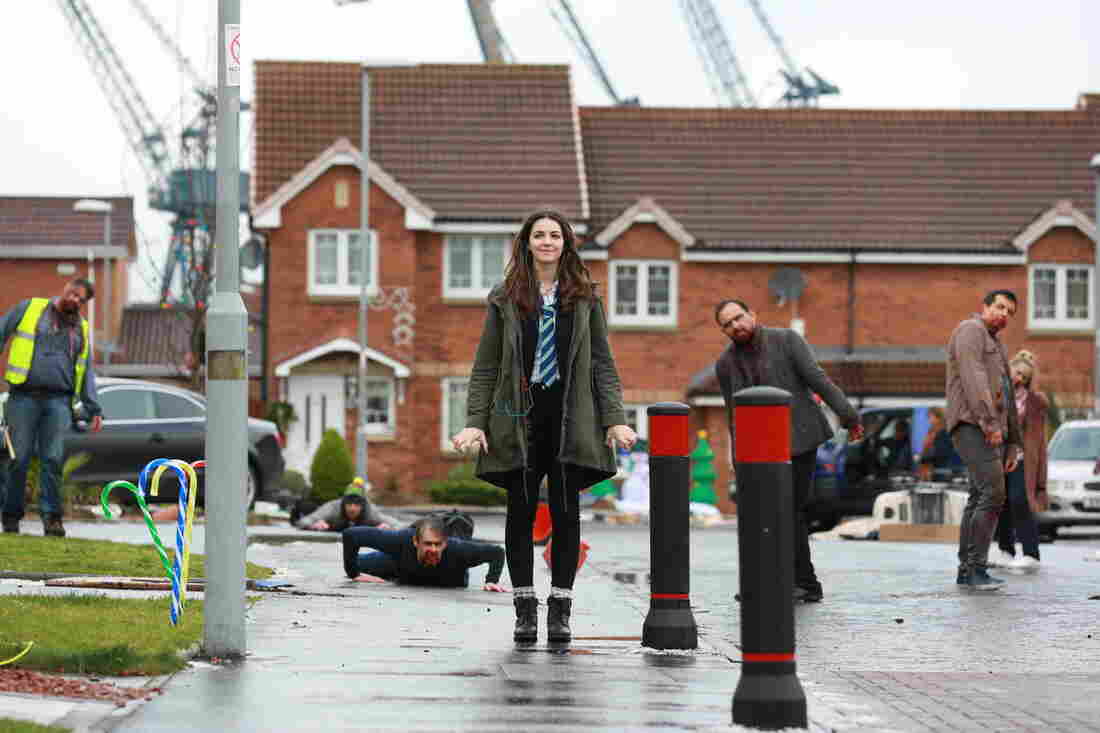 In Anna and the Apocalypse, Ella Hunt plays the titular teenager Anna, who fends off a zombie invasion in song. Gerardo Jaconelli/Orion Pictures hide caption 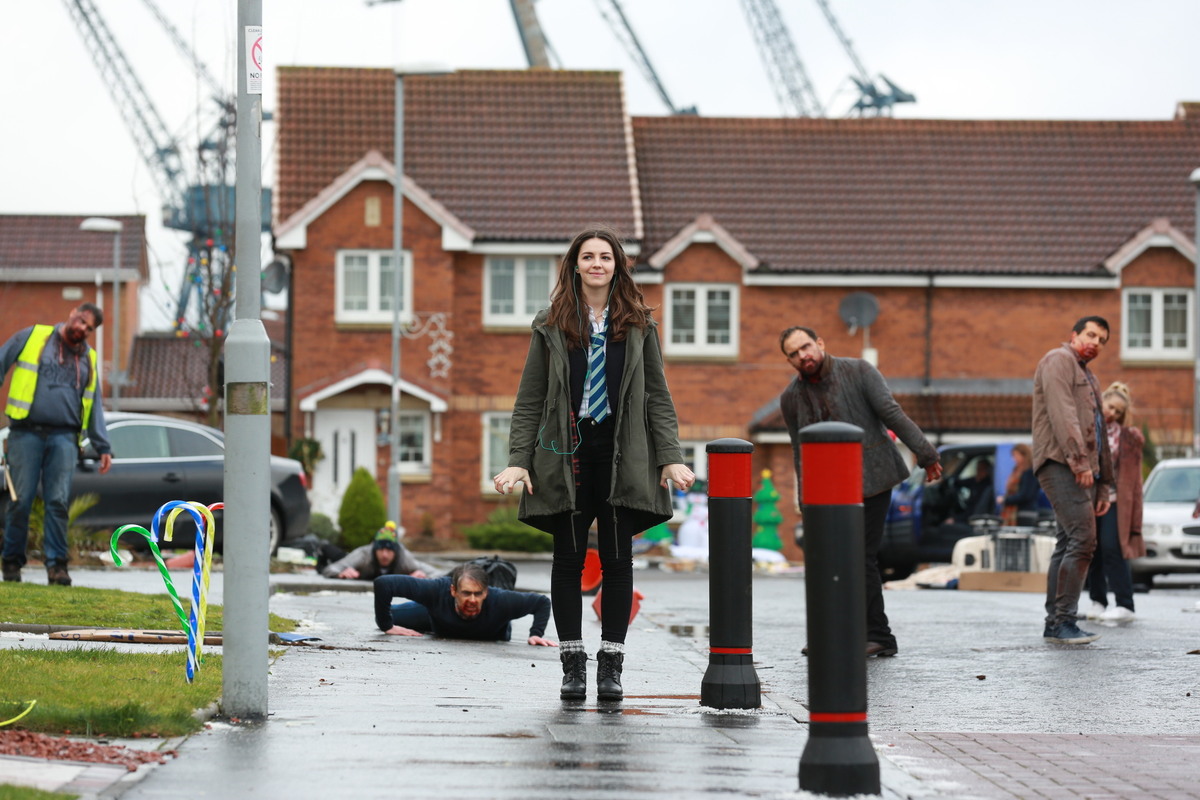 In Anna and the Apocalypse, Ella Hunt plays the titular teenager Anna, who fends off a zombie invasion in song.

It drew raves in Great Britain, and has now been released in the United States. It's based on a short film by the writer-director Ryan McHenry, who died of bone cancer at age 27, and did not get to complete this feature-length production.

Anna and the Apocalypse is directed by John McPhail. Ella Hunt (who is English) stars as the young Scottish teen who's about to graduate from school, but first has to contend with the zombie takeover of her village and perhaps the world — with a little help from her friends.

"I love that this film glorifies teenage friendship and not teenage romance," Hunt says in an interview. "To me, it's a much truer thing to glorify."

On how teens are portrayed in movies

I shot this film when I was 18. I was the same age as Anna. ... I am really passionate about how young people are represented. So often you see teenagers that are bored out of their brains, only look at their phones, don't want to speak to their parents. And I didn't feel like that was quite honest of my experience as a teenager. And although Anna has those things of being bored with her small town and her school, and she wants to get out of the conventional cog of expectations put upon her by her dad and her friends alike, she's so much more than that. And I was so excited to get to play with that.

On possible connections between teens and zombies

I think zombie stories, and horrors in general, are quite funny breeding grounds for talking about things without really talking about them. And for us, the zombies were a metaphor for the violent world we're leaving for our kids, and the film talks about loss and connectivity too. And I think what people have been responding to is: Yeah, it's all these crazy things, but it's also this film that has a darker, more thoughtful message to it as well.

On the late Ryan McHenry

I unfortunately didn't get to meet Ryan, and I didn't know the entire backstory of the project until I was attached and came up to Glasgow to record the songs. And I remember going out for dinner with the producers and then them telling me the story of Ryan. And they started right from the beginning, about Ryan watching High School Musical and being sat on the phone to Naysun [Alae-Carew], one of our producers, and being like [in Scottish accent]: "This is rubbish. It'd be great if Zac Efron was eaten by zombies." And I felt they were telling me a really happy story about how the film came about, and the more they talked, the sadder it was that that Ryan passed away before he got to make this movie. But hearing that story I was so determined, and all of us were, to make something beautiful in his memory, and to use this incredible idea that this awesome young creative had, and to take on the baton and do his story justice.

On being a working actor since age 11

I think my adolescence never would have been normal because I come from quite an unconventional, crazy family, and I am super creative. I sing and songwrite and act too, obviously. My teens, for me, I spent the majority of my teens just wanting to get out of my teens. A lot of young people, they chastise and tease other young people if they have aspirations or if they care about things — and I cared about things. I had stuff I wanted to do, and I was so over being bullied for being an aspirational hardworking kid.

So yeah, maybe it got in the way of having a normal teenage experience, and I wouldn't recommend it for everyone. But I also think that so often teenagers are encouraged to pursue their backup plan. And to me, that's a foolish thing to encourage a young person to do, because I think you're going to succeed in the thing that you're passionate about, because you're naturally going to work hard, or it's something that you enjoy doing. Or at least that's my perspective on things. So whenever I had teachers in school tell me to pursue a backup plan, I was like, "Nope! I'm going to do what I want! I'm going to be an actress, I'm going to be a musician, I'm going to be happy." And I'm happy. ...

I've enjoyed discovering over the last couple of years that even if I don't spend my whole life being an actress, there are so many jobs in film. I'd love to produce and direct and write, and I've seen so many awesome women this year directing photography on set. And just — there are so many jobs behind the camera as well that I feel like if I had to have a backup plan, that would be it.

Sarah Handel and Steve Tripoli produced and edited this interview for broadcast. Patrick Jarenwattananon adapted it for the Web.