Accessibility links
What You Need To Know About The New Manafort And Cohen Court Documents Prosecutors have revealed a little more about cases involving Donald Trump's former campaign chairman and his former lawyer. Both men are looking at prison time, but there's more to the story. 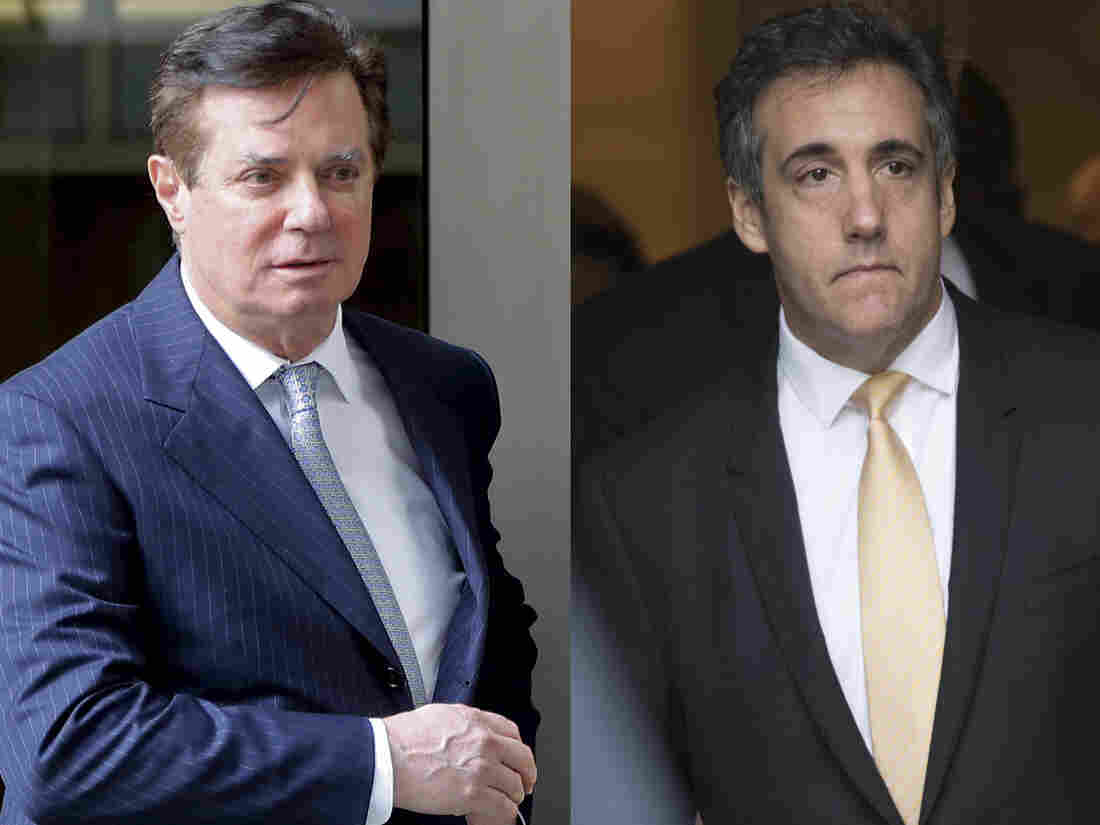 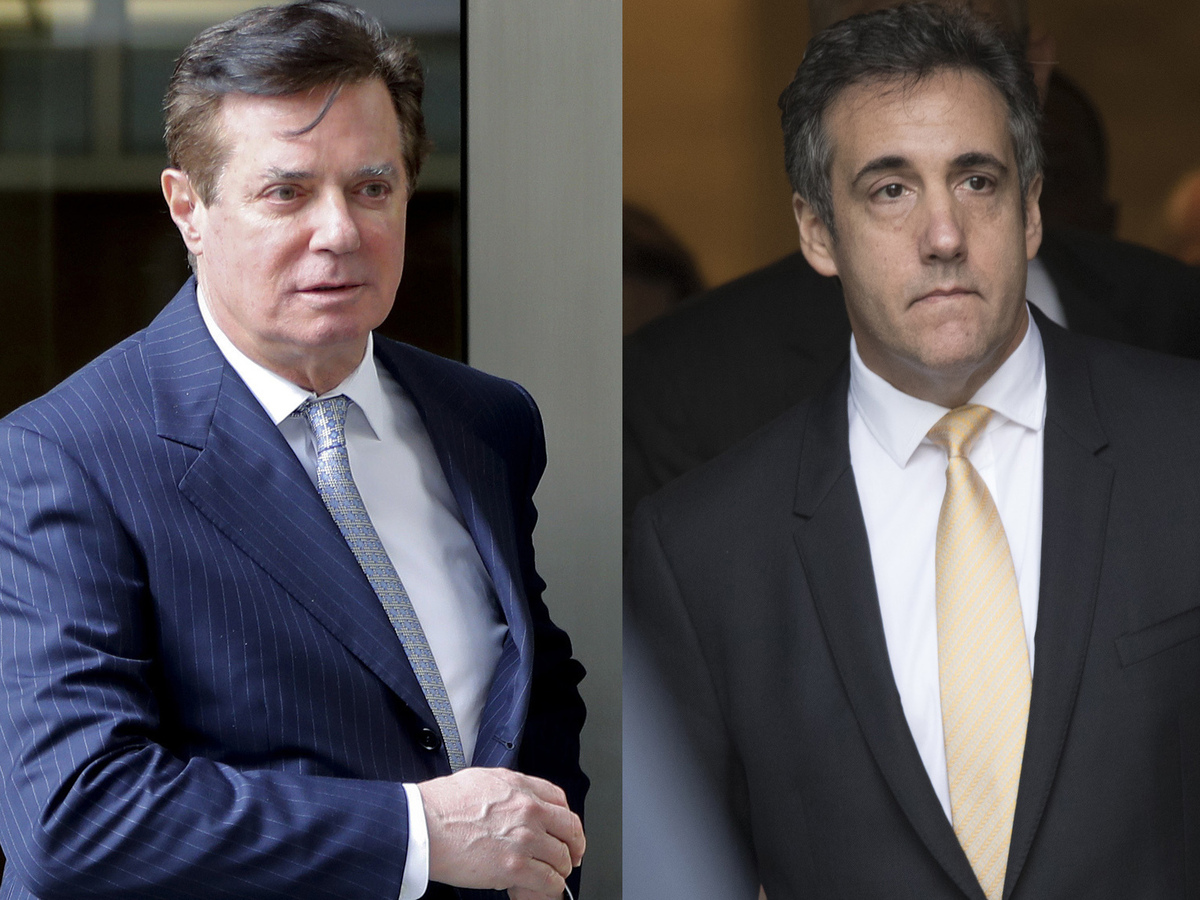 Two of Donald Trump's former top aides are looking at years in federal prison — and Trump and his camp allegedly are connected to many of the crimes in which they've been charged.

Those were among the big takeaways from the release of court documents on Friday evening in a pair of cases that have ensnared Trump's former longtime personal lawyer and the veteran political pro who ran his presidential campaign for a time in 2016.

The former, Michael Cohen, has been cooperating with federal authorities since pleading guilty to a number of crimes this year — but, the government says, he should not get away without punishment.

The feds say he still deserves years in prison, with some consideration for his help.

The latter, Paul Manafort, said he would cooperate too, but prosecutors allege that he has been lying to them and so the government is no longer bound by a plea agreement it signed earlier this year.

That means the Justice Department won't ask a judge to go easy on Manafort, and prosecutors also may retry him on counts in an earlier case that resulted in a mistrial.

Cohen is scheduled to be sentenced next week in New York City. Manafort's sentencing has been scheduled for March 5.

Here's what else you need to know about the big stories involving Cohen and Manafort from Friday evening.

Prosecutors with the U.S. Attorney's Office for the Southern District of New York recounted a number of transgressions to which Cohen pleaded guilty in August, including payments to two women ahead of Election Day 2016.

But he apparently wasn't acting on his own when he arranged for intermediaries to buy the silence of the women, both of whom alleged they had had sexual relationships with Trump years before.

When Cohen made those arrangements, court documents say, "he acted in coordination with and at the direction" of Trump.

In other words, Trump directed him to break the law, prosecutors charge.

Trump has acknowledged the payments to one of the women but denied both of their underlying claims about sexual relationships with him.

The recounting of the payments in Friday's court documents strengthens the link to the president in what the prosecutors call "illegal campaign contributions," raising the question as to what, if any, action the Justice Department might take beyond Cohen's case and with respect to Trump.

Manafort allegedly lied about his talks with the administration

Manafort made an agreement with the Justice Department in September after pleading guilty to avoid trial in a case he was facing in Washington, D.C. As part of that deal, he agreed to help the government in whatever way it wanted, but prosecutors say that deal is now off.

Manafort has been lying, said a filing from the office of Justice Department special counsel Robert Mueller. The document spells out five areas about which Manafort hasn't told the truth, but one that might prove most consequential is his continued contacts with the Trump administration.

Manafort told officials he hasn't been in contact with people in the administration — but, in fact, he has, the Mueller filing said. That's important because it adds to a New York Times report that said Manafort's attorney was briefing Trump's legal team, filling it in on the things Manafort had been telling the government.

So Manafort, in effect, helped Trump's legal team craft its strategy for responding to Mueller's work. Those briefings by Manafort's lawyer also appear to have reportedly enabled Manafort to inform Trump's legal team that he hasn't implicated Trump's camp or the president himself.

Meanwhile, Trump has told reporters that he's holding open the prospect of clemency for people in the Russia investigations, including specifically when he has been asked about Manafort.

Mueller's office said in its Friday filing that it has electronic evidence that proves Manafort has been in touch with administration officials or authorized intermediaries to speak on his behalf.

White House: Nothing to do with us 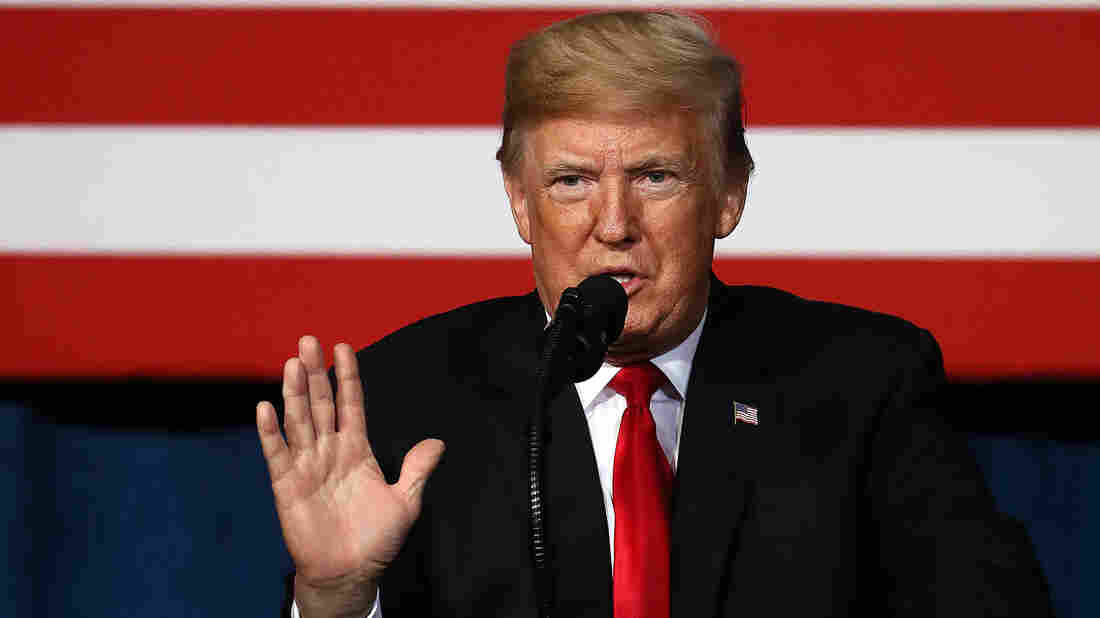 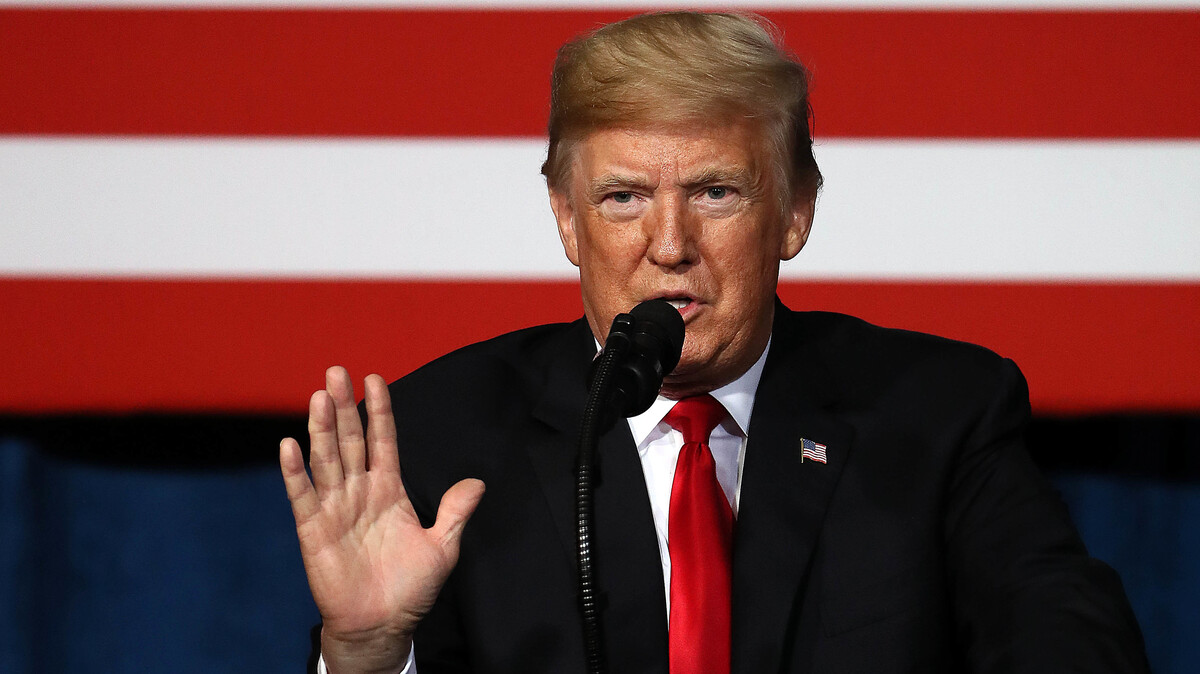 Trump, the White House and his legal team said Friday's news has nothing to do with them.

The president and White House press secretary Sarah Sanders emphasized Cohen's admissions about lying — to Congress and the public — and asked why he should be believed now.

"The government's filings in Mr. Cohen's case tell us nothing of value that wasn't already known," Sanders said. "Mr. Cohen has repeatedly lied, and as the prosecution has pointed out to the court, Mr. Cohen is no hero."

As for Manafort, Sanders emphasized what she called the important absence of Trump from the court papers — and the dearth of references to any potential collusion between the Trump campaign and Russian election interference.

"Once again, the media is trying to create a story where there isn't one," she said.

Many hours of cooperation, but of what value?

Cohen and Manafort have spent a lot of time talking since their guilty pleas. The Mueller team's document about Cohen revealed that he has met with the special counsel's office seven times, "many of them lengthy, and continues to make himself available to investigators."

But the several alleged falsehoods told by both men over the course of this saga — ones they've admitted and ones in which they may have been caught because the government had contradictory evidence — mean there may always be an asterisk next their names in the public's understanding.

Even Cohen, whom the government sought to reward by recommending a minor reduction in his potential sentence, "repeatedly declined to provide full information about the scope of any additional criminal conduct in which he may have engaged or had knowledge," the New York prosecutors wrote.

In short, it still may be the case that these men know more than they're saying or, according to prosecutors, may know that what they've said isn't true.

One important storyline in the Russia investigation all along has been the outreach from Russians or their agents to the Trump campaign, and the Cohen documents suggest that there were more such contacts than previously known and that they began even earlier than once understood. 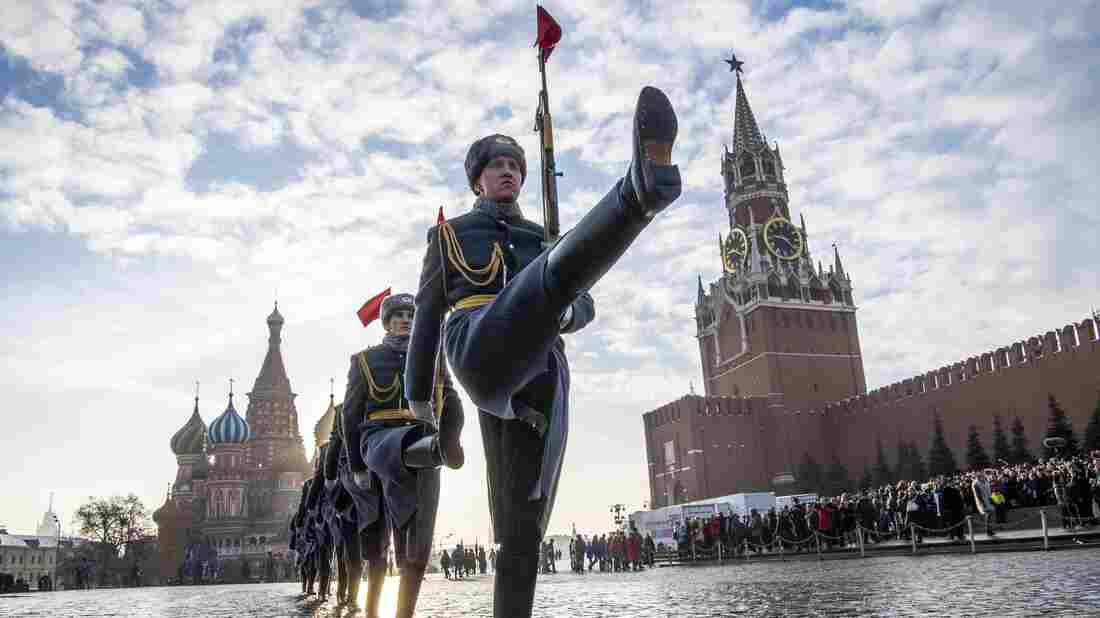 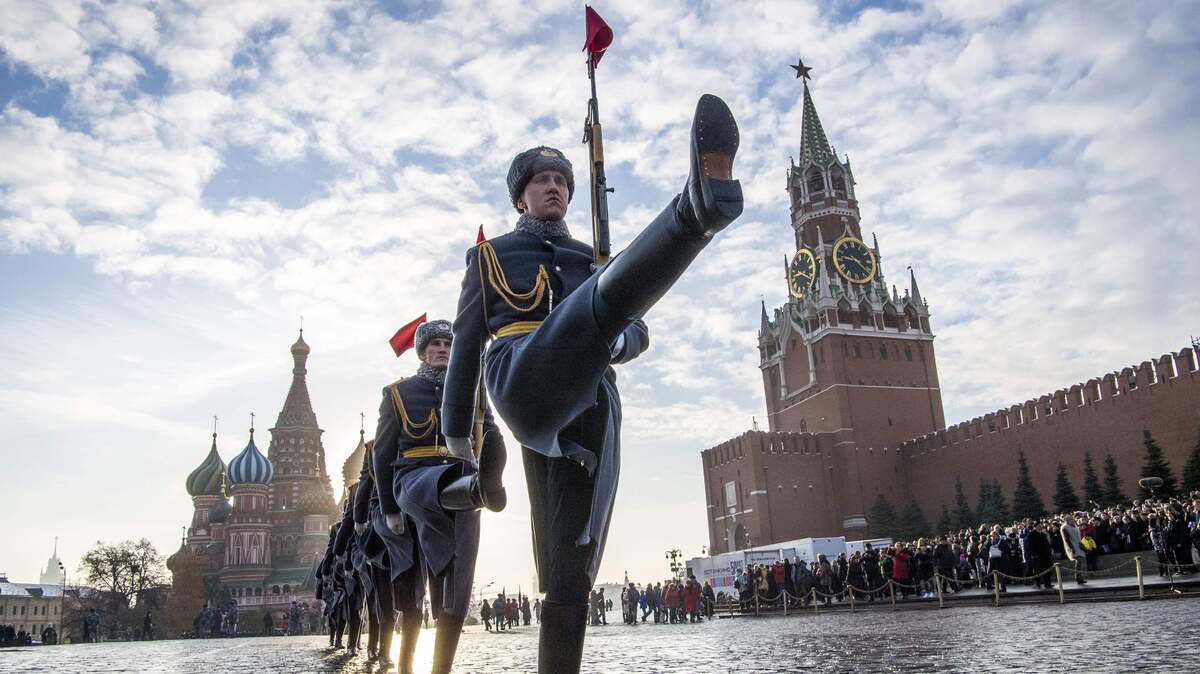 Russian honor guards march during a military parade at Red Square in Moscow last month. Discussions about possibly building a Trump Tower in Moscow have played a key role in the Cohen investigation.

Cohen told Mueller's office about what the document calls "attempts" by Russians to make contacts with the Trump team, including a meeting in November 2015 in which a Russian national offered "political synergy" with Moscow.

The person alluded to the potential Trump Tower project in Russia, prosecutors wrote, describing the "phenomenal" benefit that Trump might enjoy if he met with Russian President Vladimir Putin.

Not only would that help Trump in a "political" dimension, but it would also help "in a business dimension as well," according to the court papers, because Putin's support for the Moscow Trump Tower would help the project along. Ultimately, Trump and Putin did not meet then, and there was no building project in Moscow.

Cohen has admitted, however, that the talks about the building project continued into June 2016 and involved him conversing with at least one top government official linked to Putin.

That undercuts Trump's denials from the time about having dealings with Russia — although the president has since acknowledged the 2016 Moscow Trump Tower talks — and it put powerful Russians in a position of knowing the realities about those public denials.

And, as the special counsel's office wrote, it was "material" to its investigation "because it occurred at a time of sustained efforts by the Russian government to interfere with the U.S. presidential election."

Through it all, however, there is no allegation that either Cohen or Manafort conspired with the Russians who were waging that attack on the 2016 election.