Accessibility links
Cargo Ship Saves 29-Year-Old Sailor In South Pacific After Her Boat Flips On Wednesday, Susie Goodall was 2,000 miles west of South America when her boat capsized in heavy wind, breaking its mast and knocking her unconscious. 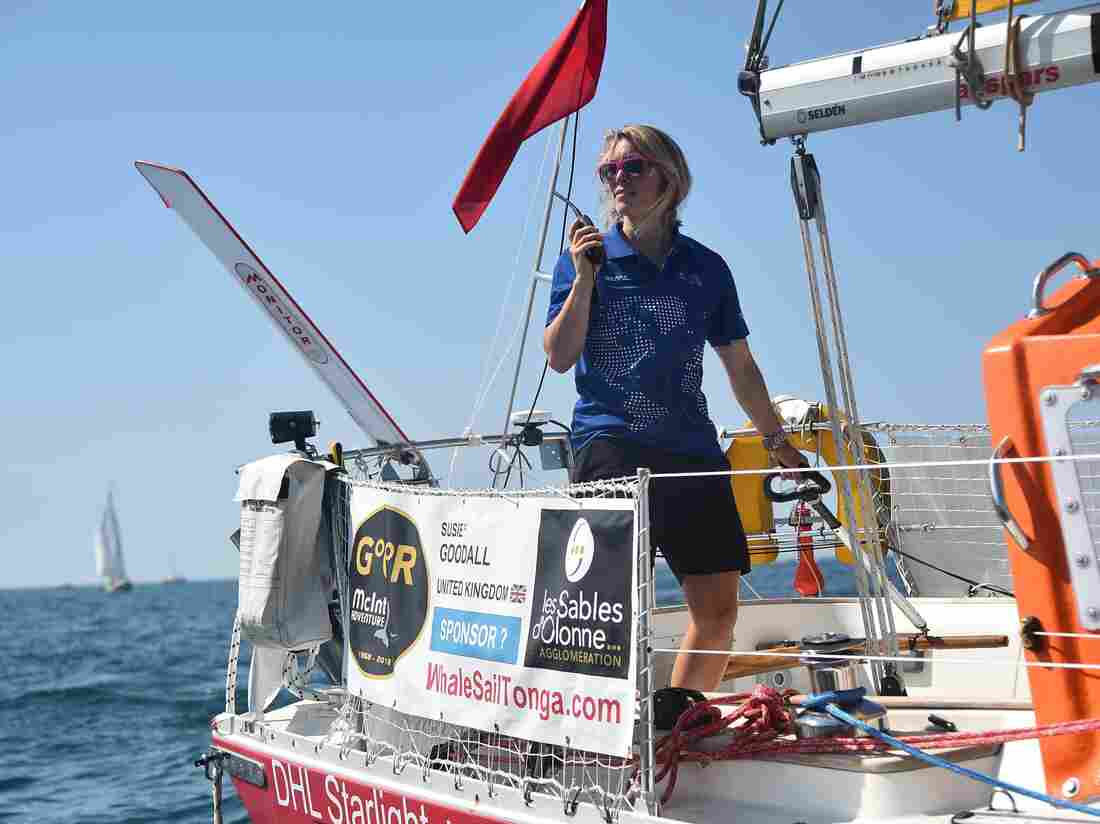 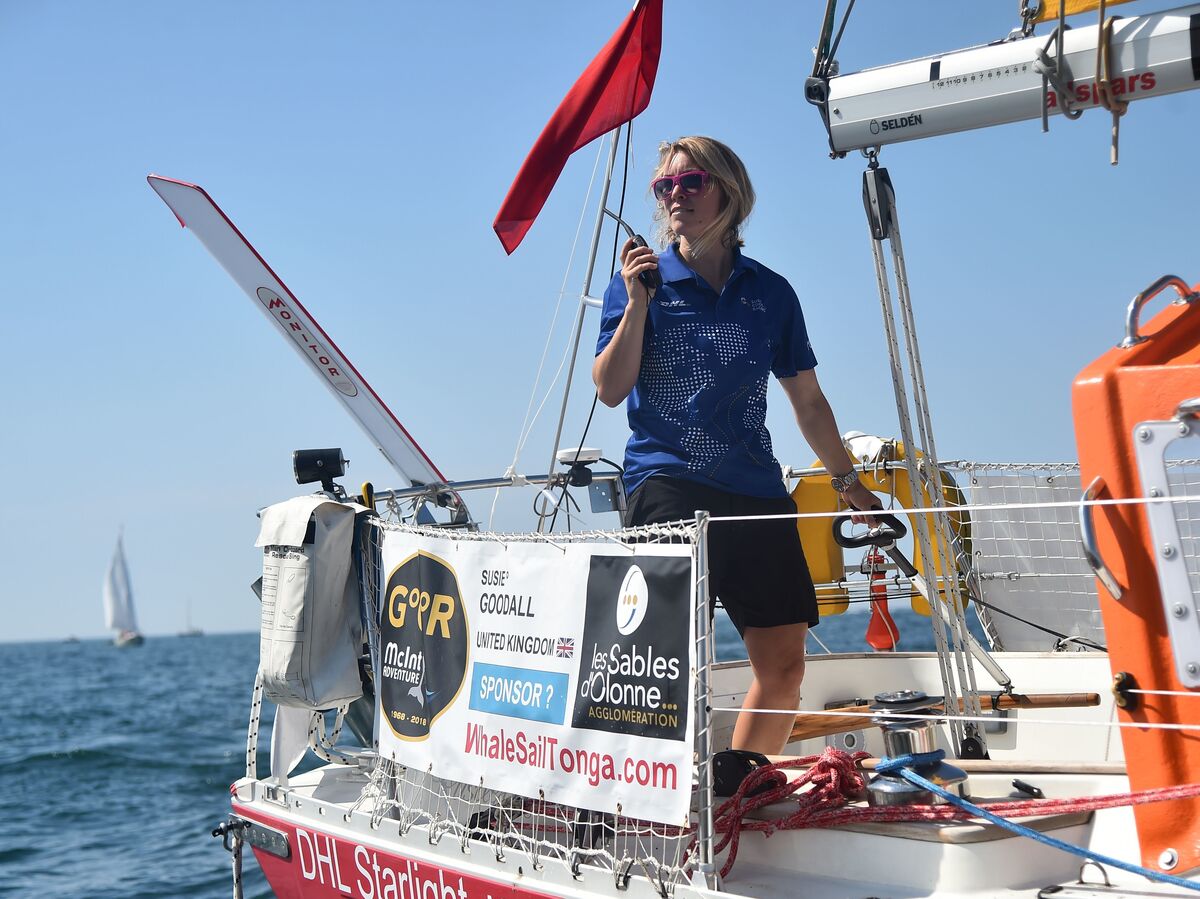 Susie Goodall on her boat DHL Starlight on July 1 at the start of the solo around-the-world Golden Globe Race.

The challenge: Sail 30,000 miles around the globe, non-stop, alone.

What could go wrong?

This week, Susie Goodall found out. The 29-year-old British woman was the youngest participant in the Golden Globe Race which sends sailors from the coast of France around the earth and back to the same port. Or at least that's the plan.

On Wednesday morning, Goodall was 2,000 miles west of South America when her boat flipped in heavy wind, broke its mast and knocked her temporarily unconscious. She activated her emergency beacon and a series of troubling updates were posted to her Twitter account:

Chile's Maritime Coordination Center received her distress signal and ordered the Tian Fu, a cargo ship on its way from China to Argentina, to divert from its course and rescue Goodall.

Meanwhile, all Goodall could do was wait — trying to keep her boat steady in the choppy South Pacific and pumping out water that was leaking into the damaged cabin.

When the 600-foot rescue vessel finally reached Goodall, deploying a small boat to retrieve her was deemed impossible because of 10-13 foot waves rocking both ships. Instead, crew members on board the Tian Fu executed a kind of high-stakes version of Candy Crane, lowered a cable from one of the ship's massive cargo hoists, and plucked Goodall from her deck, hauling her to safety.

The good news was posted to her Facebook page: "From Susie, at 15:14 UTC: ON THE SHIP!!!" Goodall is expected to arrive at the Chilean port of Punta Arenas on Wednesday.

Sailor Rescued At Sea After Dismasting During Round-The-World Race

She is not the first sailor to run into trouble in the race. As NPR reported, an accident in the Indian Ocean in September forced the evacuation of a naval commander; skippers from France and Ireland have also had to be rescued.

In a post from Nov. 30 titled "Half way round the world," Goodall wrote about how challenging the experience had been at that point as she faced fierce seas.

"To say I'd had enough by this point is an understatement. They were the hardest and loneliest days I've ever had. All I wanted was a break from it. But being under Australia, half the world from home I might as well sail home again instead of taking a break."

Her family thanked rescuers and race organizers Friday, and said farewell to her ship, the DHL Starlight.

"It was with a heavy heart Susie left DHL Starlight to fend for herself, before she fills with water and rests on the Pacific Ocean floor. DHL Starlight has been her home for the past few years; a faithful friend who stood up valiantly to all the elements, a guardian until their last moments together."

An earlier version of this story incorrectly referred to the annual Golden Globe Race. The race is not an annual event.