Accessibility links
Stampede At Italian Nightclub Leaves At Least Six People Dead And Many Injured Most of those killed were minors attending a rap concert. Officials have not determined what caused the stampede, but there are reports of pepper spray being used inside of the club. 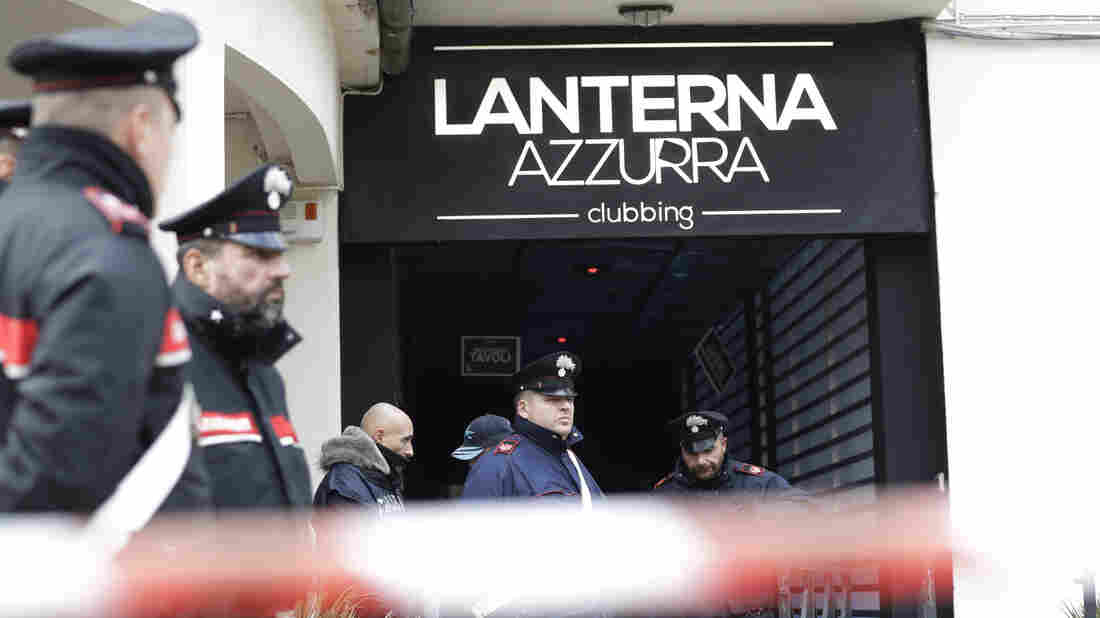 A stampede at an Italian nightclub killed several people, and injured dozens. Italian officials say they are investigating what triggered the stampede. Andrew Medichini/AP hide caption 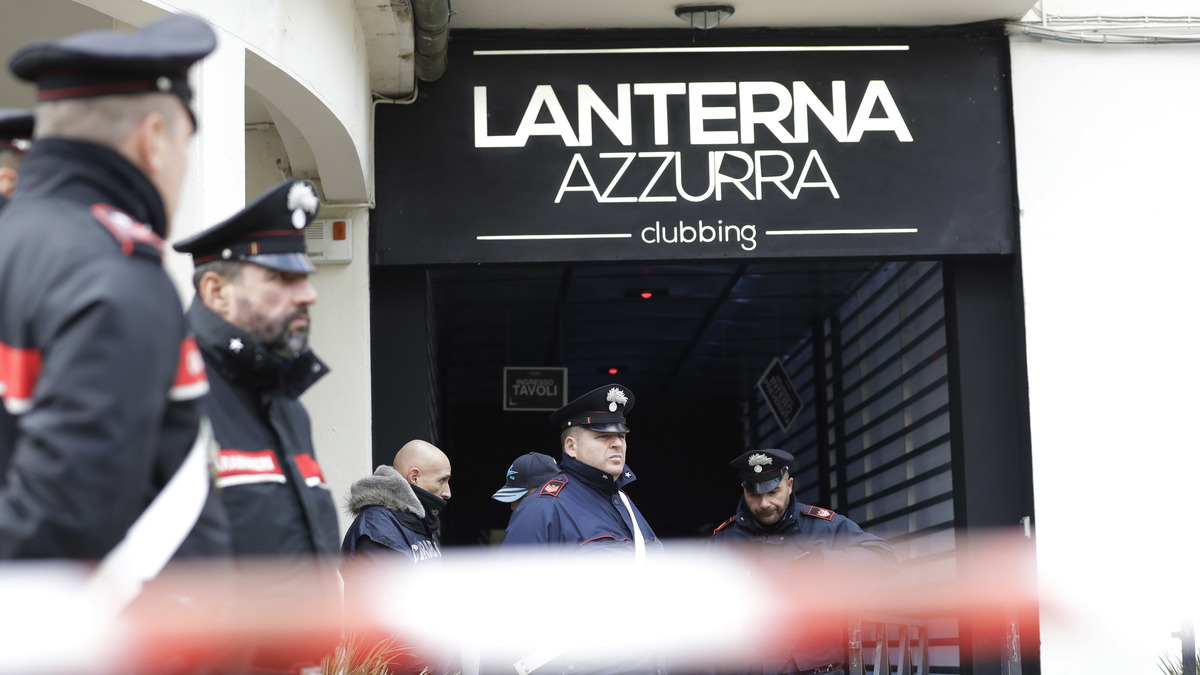 A stampede at an Italian nightclub killed several people, and injured dozens. Italian officials say they are investigating what triggered the stampede.

At least six people are dead after a stampede at a nightclub in Italy, which left dozens of others injured. Most of those killed are minors who were attending a rap concert at the Lanterna Azzurra club in the town of Corinaldo on the Adriatic coast.

There were unconfirmed reports of pepper spray being used inside the club, triggering the stampede. A railing outside of the nightclub then collapsed, causing many people to fall over a ledge, and others to fall on top of them.

Seven people are in critical condition, according to The New York Times, and have been taken to the hospital, and fourteen people have been hospitalized in serious condition. CNN reports a hundred people were treated for injuries.

The New York Times reports 1,400 tickets were sold for the concert by Italian rapper Sfera Ebbasta, even though the club can only legally hold 870 people.

Interior Minister Matteo Salvini said investigators were looking into whether "ammonia, pepper spray, toxic substances" were used inside the club before the stampede, according to The New York Times.

Salvini tweeted hours after the stampede that he is visiting the night club, and that officials will provide answers as soon as possible.

In a statement Italian President Sergio Mattarella said he would work tirelessly to determine what was responsible for the deaths at the nightclub. "Citizens have the right to feel safe everywhere, in workplaces and in leisure areas. Therefore, safety must be assured with particular care in crowded meeting places, through rigorous controls," Mattarella said. "No one should die this way."

Italy's Deputy Prime Minister, Luigi Di Maio, published the names of victims, all between the ages of 14 and 16, on his Facebook page. Di Maio wrote that the government was doing everything in its power to determine, "if all the security measures had been respected."