Accessibility links
China Launches Probe Bound For A Historic Exploration Of The Far Side Of The Moon Others have explored the far side of the moon from afar, but Chinese researchers are hoping a soft landing on the dark side of the lunar surface will allow for more detailed study. 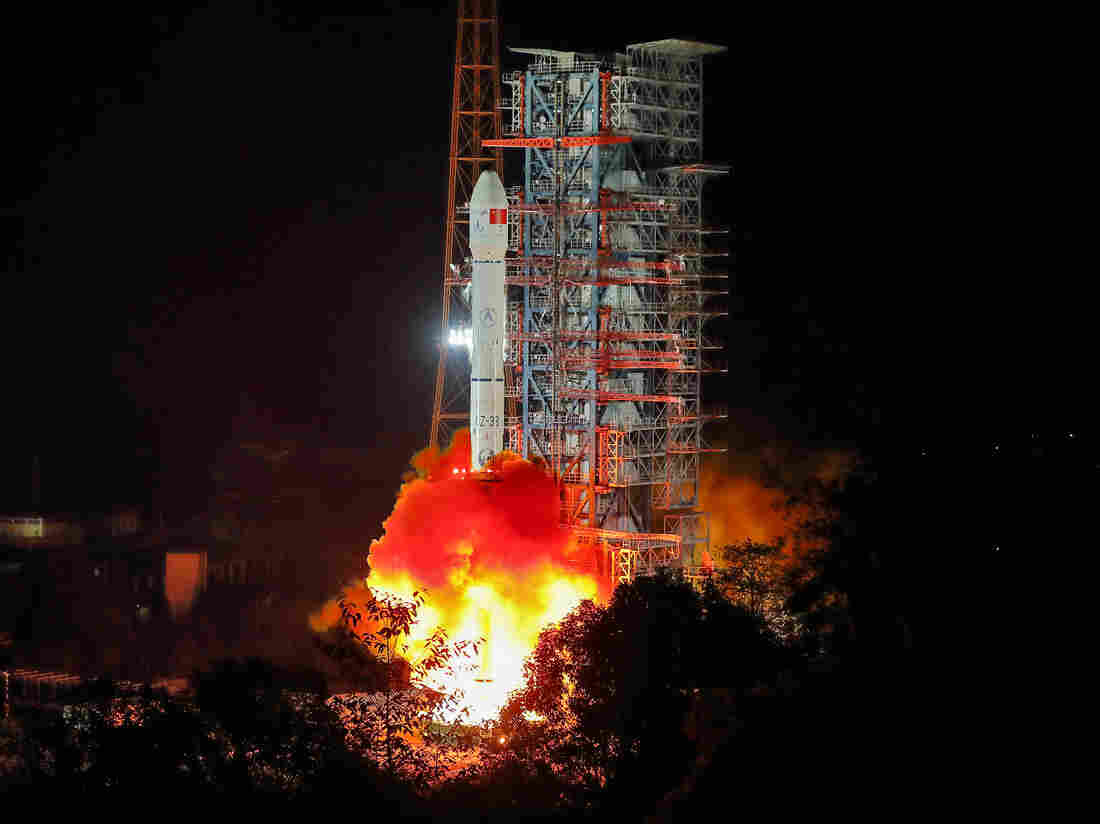 A Long March 3B rocket lifts off from China's Sichuan province early on Dec. 8, carrying a rover destined to land on the far side of the moon. STR/AFP/Getty Images hide caption 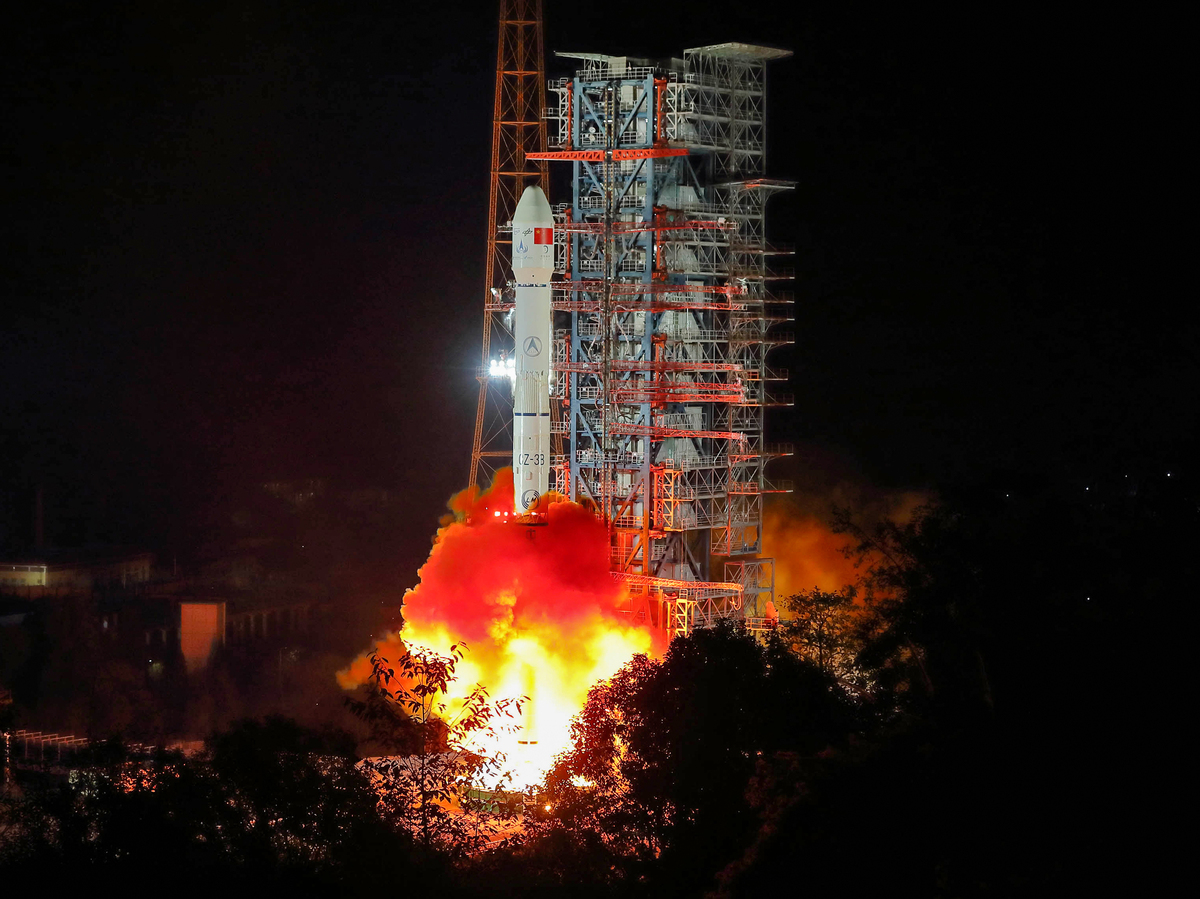 A Long March 3B rocket lifts off from China's Sichuan province early on Dec. 8, carrying a rover destined to land on the far side of the moon.

A Chinese spacecraft is headed toward the moon on a historic mission.

The rocket, launched Saturday, is carrying a probe set to make the first-ever soft landing on the far side of the moon, reports China's state-run Xinhua News Agency.

While other spacecraft have previously explored the far side of the moon from afar, the soft-landing will allow for more detailed study of the lunar surface. The probe is expected to touch down in early January.

If you're tempted to make a Pink Floyd joke, remember this: "The side of the Moon we do not see from Earth gets just as much sunlight on it as the side we do see. In truth, the only dark side of the Moon is the side that is pointed away from the Sun at any given time," says NASA.

Dark or not, exploring the far side of the moon comes with its own challenges. For one, the moon will block direct communication between the probe and researchers on Earth. To get around that, China launched a relay satellite in May that will allow the probe to stay in contact with the scientists. Quoting the China National Space Administration, Xinhua explained the goals of this current mission:

The scientific tasks of the Chang'e-4 mission include low-frequency radio astronomical observation, surveying the terrain and landforms, detecting the mineral composition and shallow lunar surface structure, and measuring the neutron radiation and neutral atoms to study the environment on the far side of the moon.

The Moon You Never See

Those measurements will be easier to make from the moon because it will act as a giant shield against electromagnetic interference coming from Earth. Smithsonian Magazine reports there will also be a biological aspect to the research — silk worms, eggs and potato seeds are on board for studies about respiration and photosynthesis.

If the mission succeeds, China has plans to launch a fifth Chang'e mission next year that would collect samples of the moon's surface and bring them back to Earth.