Accessibility links
A Former Plantation Begins To Tell A Fuller Story Of Slavery In America At a plantation once owned by James Monroe, America's fifth president, descendants of slaves owned by Monroe have become part of the story for the first time in 225 years. 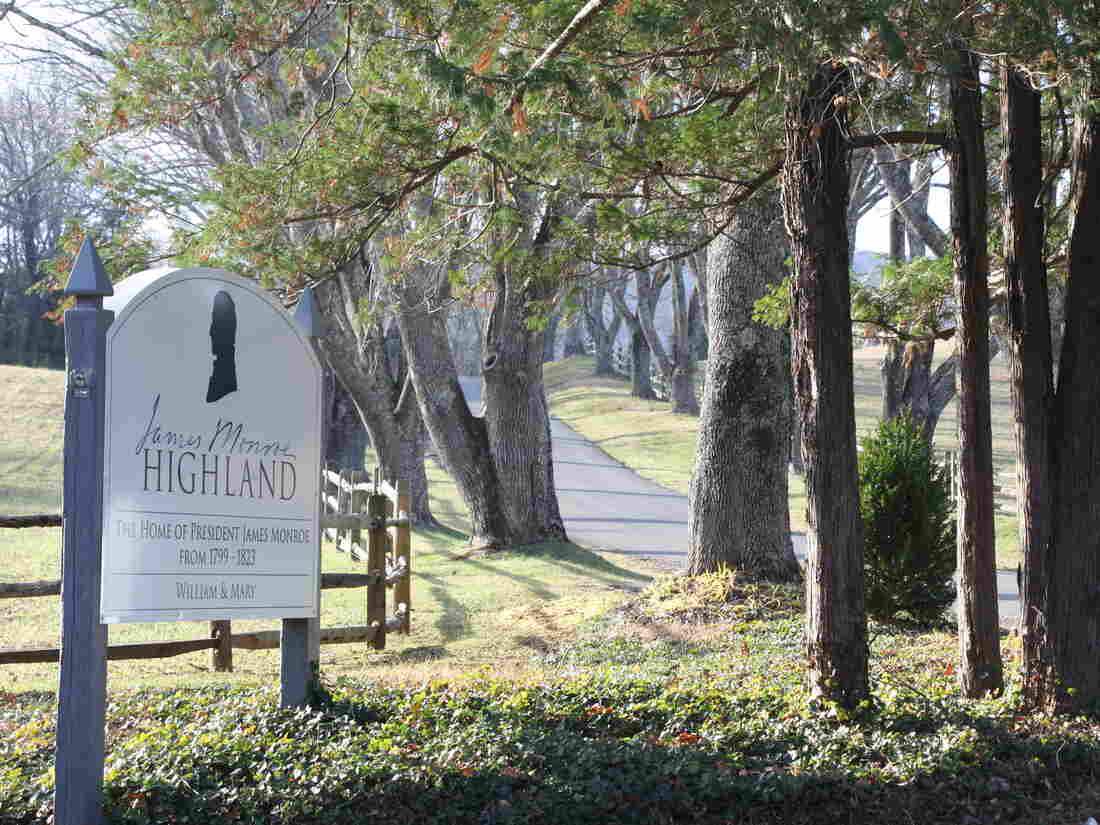 The entrance to Highland, the former plantation once owned by James Monroe, America's fifth president. The descendants of the African-Americans once enslaved on the plantation have become part of the story given out by guides. Jordy Yager for NPR hide caption 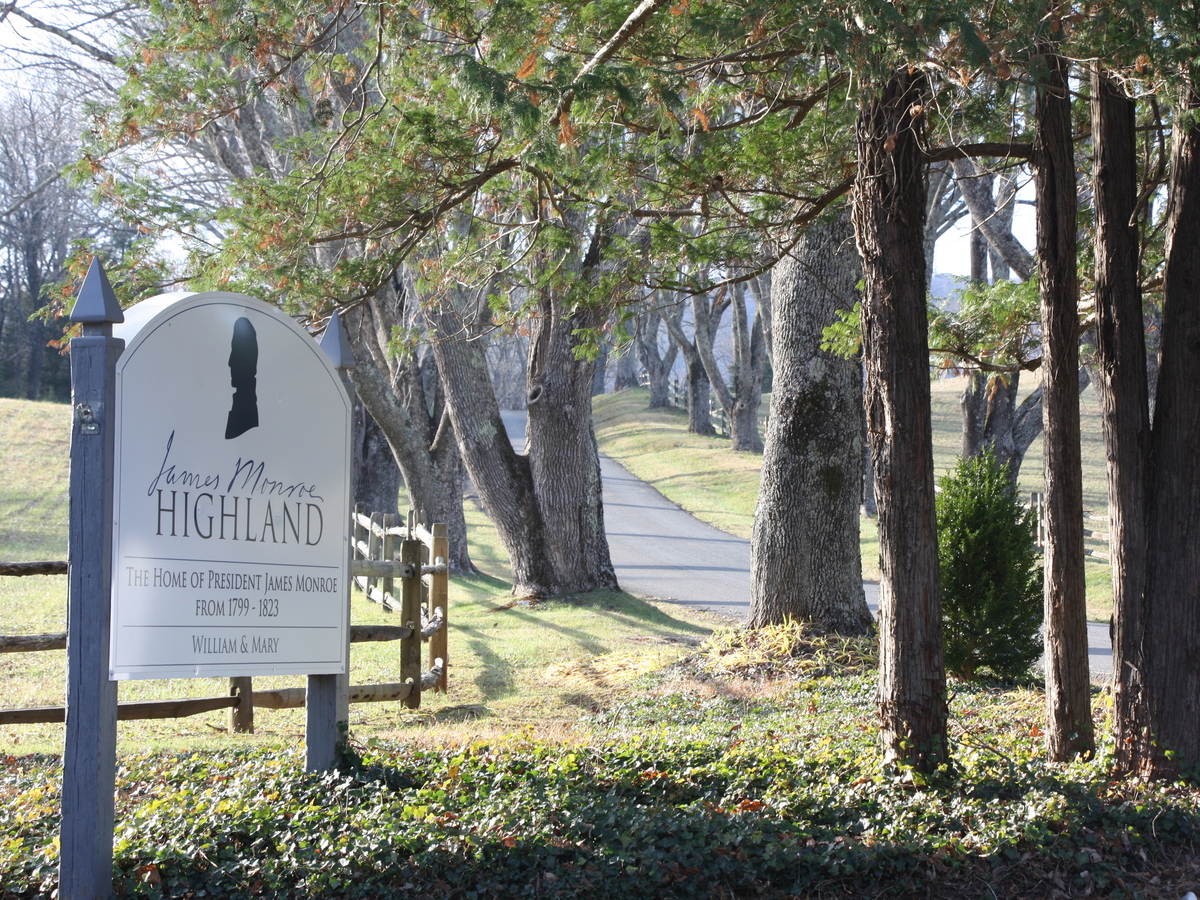 The entrance to Highland, the former plantation once owned by James Monroe, America's fifth president. The descendants of the African-Americans once enslaved on the plantation have become part of the story given out by guides.

Just outside Charlottesville, Va., the roads lose their markings as they wind through the woods, passing an occasional church, a cemetery and a plantation known as Highland, owned by America's fifth president James Monroe. For the first time in its 225-year history, the site has begun telling the stories of the African-American men and women who were enslaved there, and consulting with their descendants.

One of those descendants is George Monroe, Jr. As a kid, Monroe, Jr. remembers his father driving these roads to visit relatives who have lived for generations in an area they called Monroetown. On their way, they'd pass Monroe's Highland.

His dad wouldn't say anything, but as George got older, he persisted. "Are we linked?" he'd ask. It took years, but his family eventually began talking about it. They were descendants of the 49 men and women who James Monroe once enslaved and profited from at Highland. After emancipation, many kept the Monroe name, acquired land, built houses, and created Monroetown.

Today the area is surrounded by wineries and other tourist draws, like Thomas Jefferson's nearby plantation, Monticello. In fact, Jefferson helped Monroe buy the Highland property, which is now run as a historic site, hosting weddings, concerts, and thousands of visitors each year.

Until recently, however, the enslaved weren't much talked about. Guides at Highland knew only that some of the enslaved had been sold and sent to Florida. And then, about two years ago, George Monroe, Jr. paid Highland a visit. He approached a staff member at the visitor's center and said, "My last name is Monroe and my family comes from off this plantation."

Since then, George Monroe, Jr. has been working with Highland's Executive Director Sara Bon-Harper to build relationships with more than a dozen descendants in the immediate area and across Virginia. Bon-Harper wants them to tell the story of Highland. 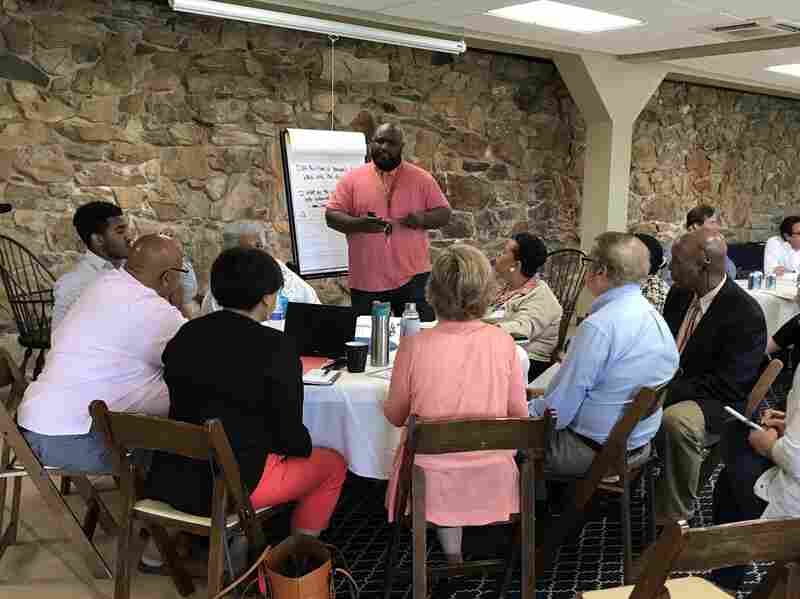 George Monroe, Jr. facilitates a meeting with his relatives, who are all descended from people enslaved by U.S. President James Monroe. James Monroe's Highland for NPR hide caption 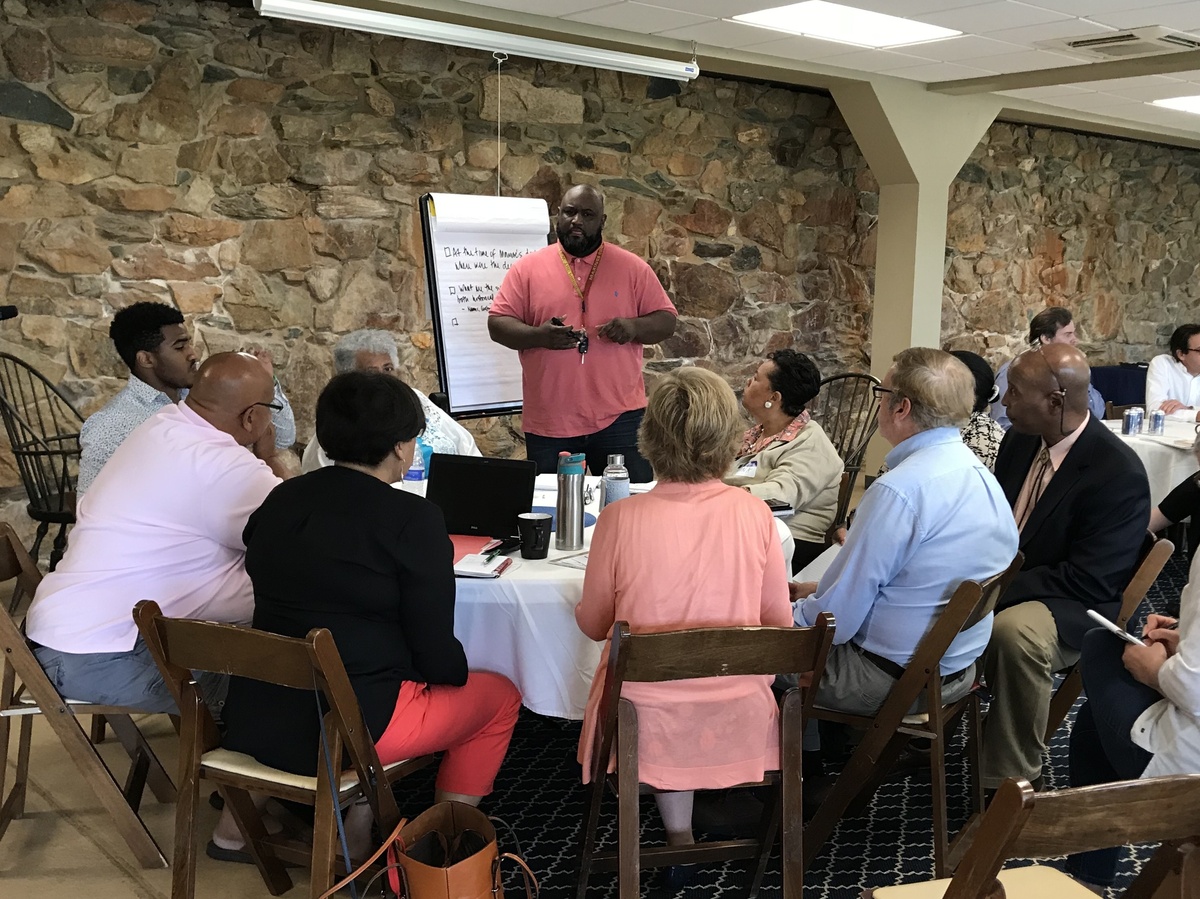 George Monroe, Jr. facilitates a meeting with his relatives, who are all descended from people enslaved by U.S. President James Monroe.

"The theme of having one's eyes opened to reality that one was completely ignorant of, I think, goes through race relations in Virginia," said Bon-Harper. "And my response is to be completely open to learning the things that I have not known and Highland is really, really, excited to have these contacts now and having the willing collaboration of the descendant communities is tremendous."

One afternoon earlier this year, a group of descendants toured the property with a guide. They paused, in deep reflection, as they passed a 300-year old oak tree, which their ancestors would have seen.

"The African-American community can look at trees in a number of ways," says George Monroe, Jr. "You think about family trees, you think about how these branches extend. You can look at trees in terms of the legacy of lynching, a symbol of death. But then this tree, you also think about the fact that it's seen so many different things: the revolution, slavery, civil war, reconstruction. It's seen all kinds of things up until this point. And I think history should be far and reaching just like that."

In telling that fuller version of history, Highland will have to change, says Bon-Harper. Some of those changes will be major and require a revamped vision plan for the site, so that tourists learn about slavery everywhere they go.

Some of those changes have already started to emerge. Whereas before the story of enslavement stopped at slaves being sold and sent to Florida, guides now tell people about the large, free black community near Highland. The newer story helps bridge the past with the present and opens the door for deeper conversations about Jim Crow segregationist laws, explicit and implicit racism, and white supremacist violence.

Some changes will also be more subtle. On their tour, the group of descendants went inside the big house, which, the guide told them, was built by Monroe. But Waltine Eubanks, a descendant, pointed out that it was more likely constructed by her enslaved ancestors.

"I would like to see the validation of the people who contributed to the phenomenal place that this is," says Eubanks. "And I think that this project will help to bring that to fruition, [so] that when visitors come, they won't think that James Monroe did all of this by himself — that there were people who were beaten, killed, whatever, however horrific the situation was, to make this what it is. It took slave labor, and these were people who were not dummies, they were very intelligent and very highly skilled."

Highland is not alone in realizing they've only told half the story. Earlier this year, about 30 miles away at James Madison's former plantation Montpelier, Bon-Harper and George Monroe Jr. joined about 50 site directors, archaeologists, historians, and descendants at the first ever National Summit on Teaching Slavery. The aim is to create a guide to tell more accurate and complete narratives. That meeting followed a lengthy, scathing report by the Southern Poverty Law Center that found U.S. schools do an abysmal job at teaching slavery.

"What we're doing here now, we have opened the boil related to the slaves and our descendants here on this plantation, that is also relevant to all plantations, and we are willing to do the work — the dirty, nasty, stinky, funky, pussy work --to get our situation healed," said Eubanks.

What people do with it, he says, isn't up to him. But what is, is making sure the truth is finally told.