Accessibility links
The Russia Investigations: Maybe The End Is In Sight. Maybe It Isn't Suggesting that special counsel Robert Mueller is tightening the net has become a fashionable take lately. But last week's developments may not mean Mueller's investigation is winding up. 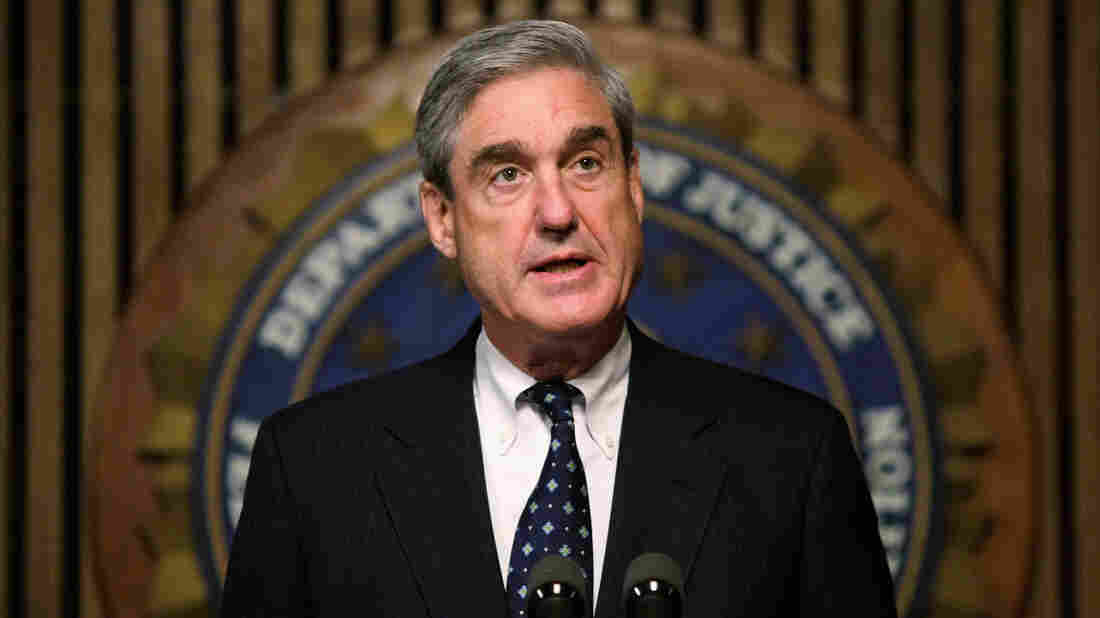 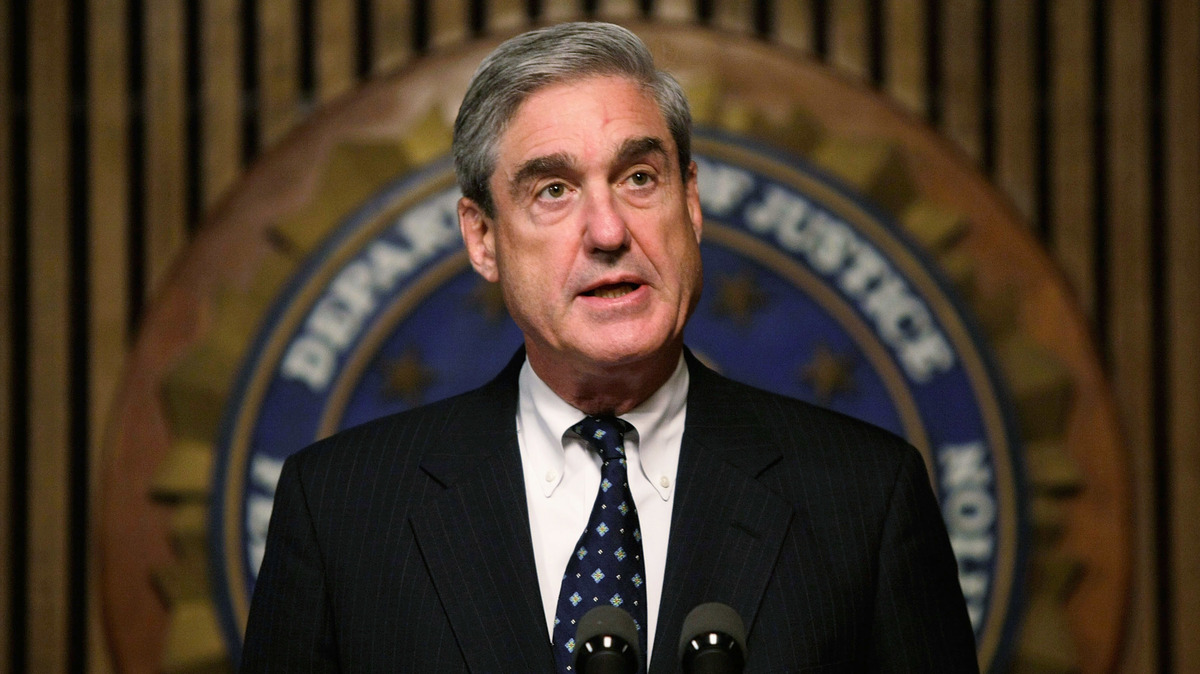 Last week in the Russia investigations: The special counsel ties up loose ends, but that may not mean the finish line is any closer.

Never mind that it still isn't fully clear what the Russia imbroglio is — what picture all the puzzle pieces are supposed to form when they're put together.

An even more basic question that's just as difficult to answer is: How much longer will it go?

"Justice Department special counsel Robert Mueller is tightening the net" has become a fashionable take lately. And his office has been taking steps toward concluding the cases of three important subjects within the saga:

Donald Trump's former campaign chairman Paul Manafort shouldn't get the benefit of his plea agreement from earlier this year because he has been lying to investigators, the government says.

Trump's former lawyer Michael Cohen is scheduled to be sentenced on Wednesday. Prosecutors say he deserves some consideration for the help he has given but that he nonetheless deserves to spend a few years in federal prison.

Former national security adviser Michael Flynn is scheduled to be sentenced on Dec. 18. Mueller's office said last week that Flynn has been a very good witness and given the government everything it has asked for. In light of that — and in spite of the potentially vast legal peril that Flynn might have otherwise faced — prosecutors recommended no prison time.

Court Filing References Secret Special Counsel Investigation. Here's What It Might Be

Inference: That must mean Flynn has given the feds something tasty, although as usual, we don't know precisely what. In fact, court documents say he has helped with other cases — the Mueller inquiry and two others that aren't detailed.

So, three big story lines are apparently moving toward closure. Does all this mean the finish line is in sight?

In a word, maybe. But there are at least two potentially divergent paths forward — short or long.

Item: Manafort isn't scheduled to be sentenced until March of next year at the earliest. That leaves plenty of time for changes to his status, including the prospect — held open by the feds — that he may face retrial on the counts in his bank and tax fraud trial on which a jury deadlocked. That would be a weeks-long process.

Item: Manafort's longtime protege, Rick Gates, has no sentencing scheduled because he continues to cooperate with investigators. The special counsel's office said in a November court filing that Gates is helping with "several ongoing investigations" and the government wants to get more from him before he faces his punishment.

Item: What about political consultant Roger Stone and the associates who may have formed a chain of indirect contact from the Trump campaign to WikiLeaks? Stone and his sub-cast of characters deny they did that or anything else wrong, but Stone also says early and often that he expects to face an indictment.

And one of the people in the Stone sub-cast, conservative commentator Jerome Corsi, has even released a draft agreement with Mueller's office, one he said would have memorialized a guilty plea that he decided not to make.

Item: Then there remains the matter of whether Julian Assange and who knows what other subjects still may be brought onto center stage. Plus Democrats are expected to use their new majority in the House to open or reopen investigations into Trump that could bear on the Russia case separate from Mueller.

What does it all mean? The breakdown in the Manafort plea deal and in Corsi's negotiations for a deal could just as easily mean the Mueller investigation takes more time, not less time.

If Manafort hasn't given the feds the evidence they wanted, they may have to get it some other way. If prosecutors take Corsi's case to trial before a jury, that could result in its own weeks-long process.

And Stone also has signaled that he is clamming up. He invoked his Fifth Amendment privilege not to incriminate himself when he told Sen. Dianne Feinstein, top Democrat on the Senate Judiciary Committee, that he wouldn't agree to an interview or to provide documents.

He also said he would never testify against Trump.

Trump hailed the "guts" he said it took for Stone to take a stand.

Plus the president also has told reporters he holds open the possibility of clemency for people who've been swept up in what he considers the "witch hunt" over Russia, including when he's been asked specifically about Manafort.

Translation: Trump acolytes in Mueller's crosshairs might choose to fight their cases in court if they believe there's a light at the end of the tunnel in the form of a pardon.

If that is what happens, it not only could require weeks and months more for the criminal cases to play out, the subsequent pardons — if they are indeed forthcoming — could then kick up another political hornet's nest. 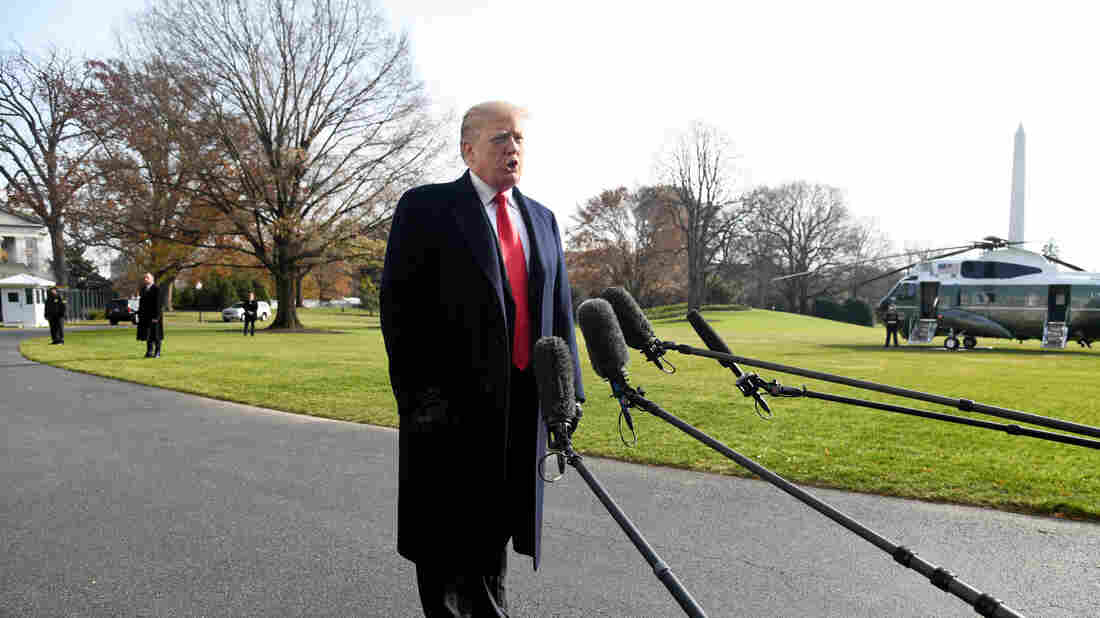 The special counsel must give the attorney general a confidential report when he completes his work. There's no telling whether it would go to Congress or become public. President Trump has said his lawyers are already at work on a response. Pool/Getty Images hide caption 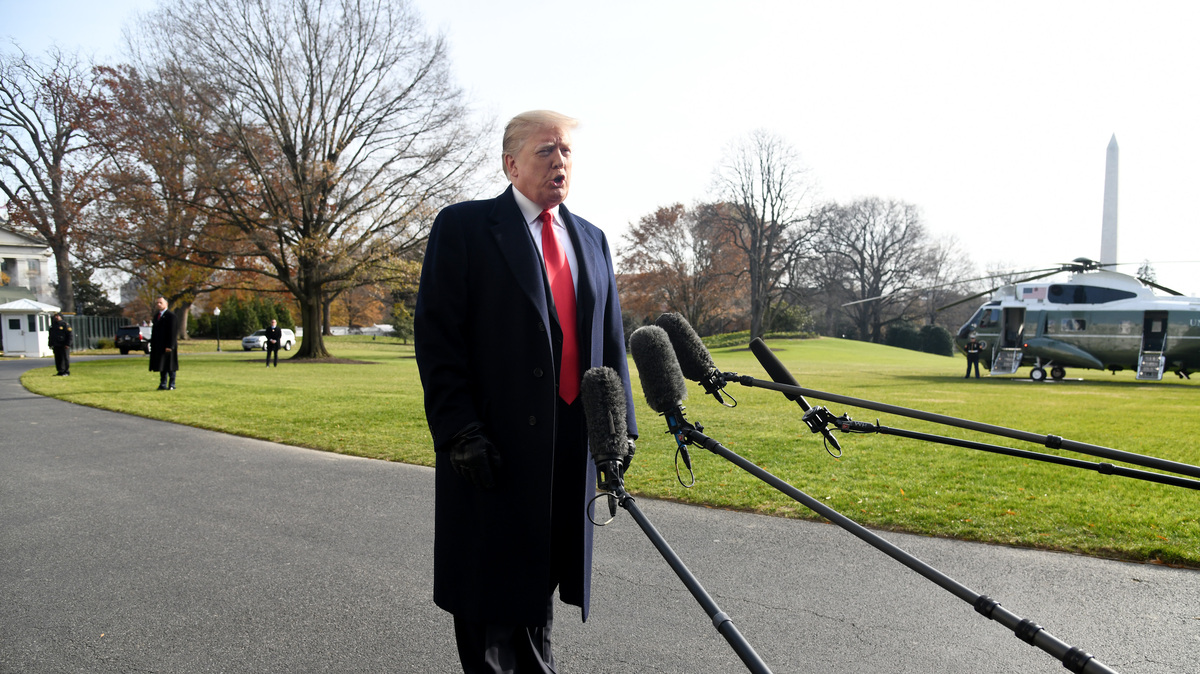 The special counsel must give the attorney general a confidential report when he completes his work. There's no telling whether it would go to Congress or become public. President Trump has said his lawyers are already at work on a response.

There's another scenario that might mean the end could, in fact, be coming closer:

Justice Department regulations mandate that Mueller must give the attorney general a confidential report when he completes his work. There's no telling, however, whether that document would go to Congress or become public.

Trump appears to think it will — and he said his lawyers are already at work on a response.

The president wrote on Twitter that his legal team already has 87 pages written in rebuttal to a possible "Mueller Report" — likely based, in part, on the briefings Trump's lawyers got from those working for Manafort and Corsi, who were talking to the president's legal team at the same time they were negotiating with the special counsel's office.

Without any earth-shattering new evidence in the case that drastically changes the public understanding of the story, the best outcome for Trump might be for the Russia imbroglio to wind up in a high-stakes new iteration of the game that defined Washington in 2018: dueling documents.

In this scenario, Mueller decides relatively soon that this saga has gone on long enough. Rather than drag it deep into 2019 with more criminal cases, he decides to simply put the whole story into his putative report. Instead of making a criminal case against Person A, Mueller simply writes about what he discovered.

Trump, meanwhile, has his own thesis. And as usual, the two sides might not even have a conversation about the same thing.

Unless there's surveillance camera footage of Trump taking a giant sack of money from Russian President Vladimir Putin — which there almost surely is not — the outcome of the Russia imbroglio may remain subject to partisan interpretation, in the way "collusion" means different things to supporters of Trump and his opponents.

The evidence in the investigation that is public thus far is far from a slam dunk for the president's opponents. No one has been charged with conspiring with the Russians who attacked the election.

Trump's report, meanwhile, can compress months worth of political scourging into a single paper cannonball to be fired down Pennsylvania Avenue at the Justice Department. Mueller is a "conflicted," partisan, biased bully run amok and his office was made up of political supporters of Democrats, the president says.

One reason to expect this outcome is how it has characterized the Russia story almost all along: Democrats say it's a thing, Republicans say it's not.

Breaking that logjam, changing minds and getting the attention of the many Americans disengaged from the daily byplay would require revelations of historic importance that were established beyond the shadow of a doubt.

The expectations about what Mueller might uncover — especially among the self-styled anti-Trump "resistance" — have grown so lofty that anything less won't break through to the many Americans for whom this story is just politics as usual.