Accessibility links
Maria Butina, Accused Of Being Russian Agent, Reaches Plea Deal With Feds The Russian woman apparently was part of an effort to build clandestine ties between Moscow and important parts of the conservative establishment. 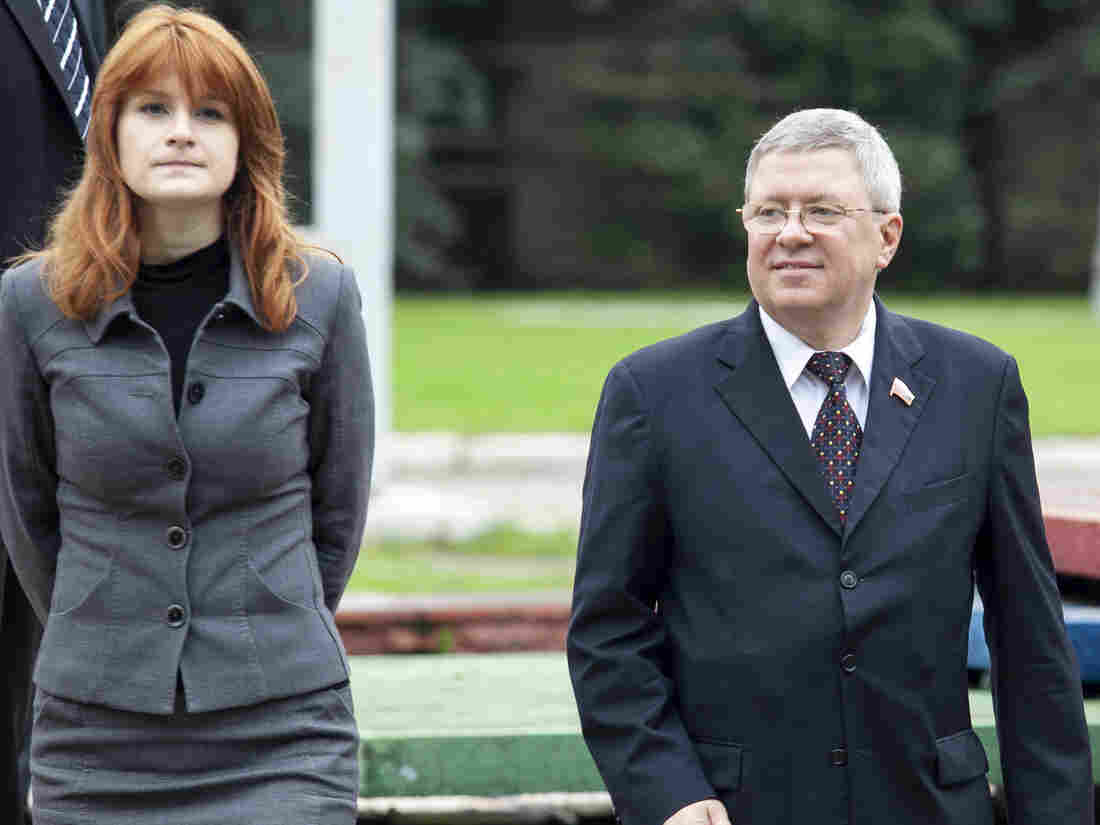 Maria Butina has reached a plea agreement with prosecutors after she was charged with being an unregistered foreign agent. Her onetime mentor, Alexander Torshin (right), is reportedly retiring. Pavel Ptitsin/AP hide caption 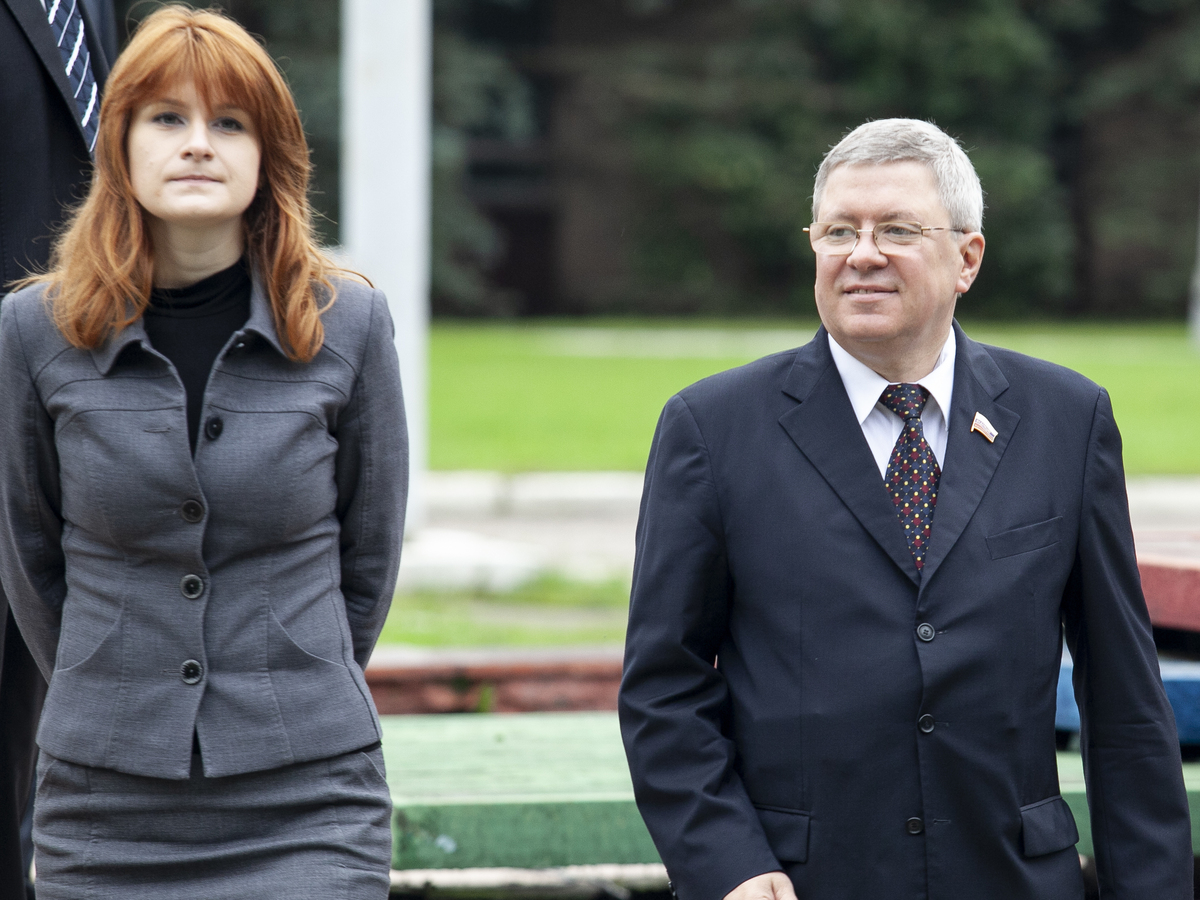 Maria Butina has reached a plea agreement with prosecutors after she was charged with being an unregistered foreign agent. Her onetime mentor, Alexander Torshin (right), is reportedly retiring.

Federal prosecutors have reached a plea deal with Maria Butina, the Russian woman who parlayed her interest in gun rights and her Republican Party connections into an unofficial influence campaign inside the U.S.

Butina has agreed to plead guilty to a single charge of conspiracy to act as a Russian agent on America's soil without registering as required with the Justice Department.

Maria Butina, Accused Of Being A Russian Agent, May Be In Talks For Plea Deal

She faces a maximum of five years in prison but could serve far less time once she is sentenced next year.

Butina has been detained by authorities since her arrest in July and is currently being held in solitary confinement in the Alexandria, Va., detention center outside Washington, D.C.

Butina has agreed to cooperate with federal prosecutors, including to testify if asked in front of a grand jury.

The U.S. Attorney's Office for the District of Columbia had no comment Monday evening on the plea deal.

Her romantic partner, Paul Erickson, is described in court papers as participating in the conspiracy and advising Butina on pressure points and Republican political figures. He has not been charged with wrongdoing. But NPR has reported that prosecutors in Washington and South Dakota, Erickson's home, have been investigating him for months.

He attended numerous National Rifle Association conferences inside the U.S. but is believed to be back in Russia, where media recently reported he would "retire" from his post at the central bank. Torshin is mentioned in plea documents but not by name.

Under the terms of the plea, which requires approval from Judge Tanya Chutkan, Butina will remain in federal custody and could be deported once her sentence is complete.

Butina's case attracted international attention after prosecutors accused her of attempting to use Red Sparrow-style sexual wiles to advance her Russian influence campaign.

Authorities, however, later backtracked from those claims after defense lawyer Robert Driscoll demonstrated that the ostensibly sexual allusions in electronic messages were merely jokes between Butina and a friend.