Accessibility links
Ex-Nissan Chairman Carlos Ghosn Indicted On Charges Of Underreporting Income Ghosn was arrested last month — and ousted as chairman of Nissan — after he was accused of concealing income from the Japanese government. 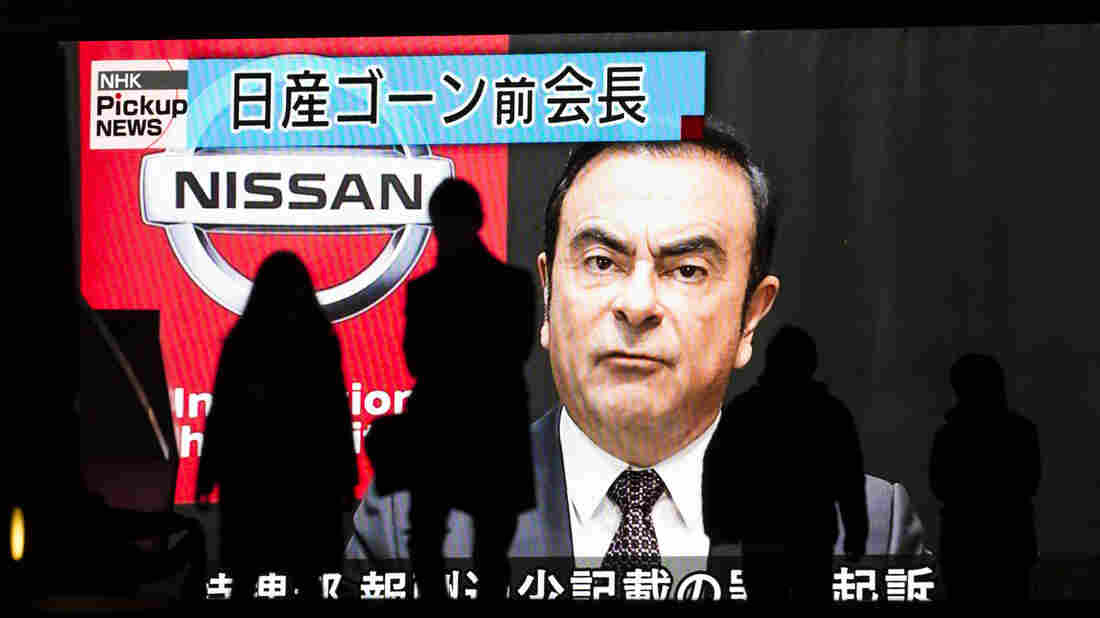 Pedestrians walk in front of a monitor showing an image of former Nissan Motor Co. Chairman Carlos Ghosn on Monday in Tokyo, Japan. Ghosn, a veteran of the auto industry, was charged on Monday for financial misconduct after he was arrested in Tokyo last month on accusations he underreported his compensation to authorities. Tomohiro Ohsumi/Getty Images hide caption 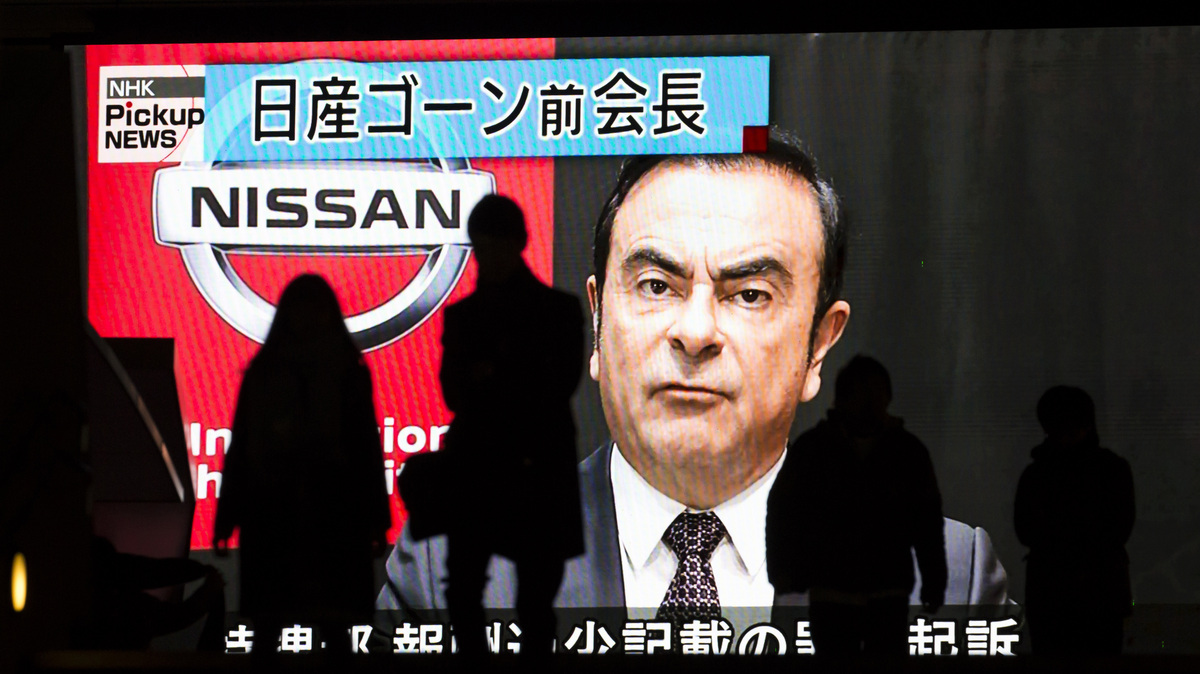 Pedestrians walk in front of a monitor showing an image of former Nissan Motor Co. Chairman Carlos Ghosn on Monday in Tokyo, Japan. Ghosn, a veteran of the auto industry, was charged on Monday for financial misconduct after he was arrested in Tokyo last month on accusations he underreported his compensation to authorities.

Carlos Ghosn, the powerful auto executive who recently lost his role as chairman of Nissan, has been formally indicted on charges that he underreported his income to Japanese authorities.

The Nissan Motor Co. as well as a top aide to Ghosn also were indicted, accused of assisting in the financial misconduct, state broadcaster NHK reports.

Ghosn, who was arrested and ousted as chairman after the allegations were made last month, was detained without charges for 22 days — the maximum length allowed under Japanese law.

But he's not tasting freedom yet. In addition to indicting him on Monday, authorities also served him a fresh arrest warrant, based on their belief that Ghosn's alleged fraud lasted longer than originally believed.

Ghosn was a titan in the automobile industry. He was venerated for orchestrating a remarkable turnaround at Nissan, which was edging near bankruptcy when he took the reins. And he simultaneously led Nissan, Renault and Mitsubishi, arranging the three companies into a powerful, successful alliance.

Mitsubishi removed Ghosn from his post as chairman after his arrest. But his future at Renault is not yet clear.

The case has brought international scrutiny to Japan's judicial system, which has a conviction rate of more than 99 percent after indictment.

France 24 spoke to lawyer and former prosecutor Nobuo Gohara about the factors driving that astonishing figure.

" Few judges are willing to deliver an innocent verdict. And this has led to some false convictions," he said. "The biggest problem is the so-called hostage-based criminal justice system. Suspects who insist on their innocence tend to remain in custody for a long time. This is linked to Japan's high confession rate, and the assumption that a suspect who denies wrongdoing deserves to suffer disadvantage."

Even a high-profile scandal involving prosecutors caught tampering with evidence has not led to real reforms, Gohara says.

Last month, The Wall Street Journal published an editorial saying Ghosn's arrest "ought to trouble anyone concerned with due process and corporate governance in Japan."

The Journal asked why Nissan wasn't aware of the alleged financial misconduct earlier, why the "publicly available facts" are so opaque, and why this case is being handled much more aggressively than recent accounting scandals at Toshiba and Olympus.

Both the Journal and Gohara also criticized the Japanese media, which regularly publishes leaked details about alleged criminal behavior, and has continued to do so in Ghosn's case.