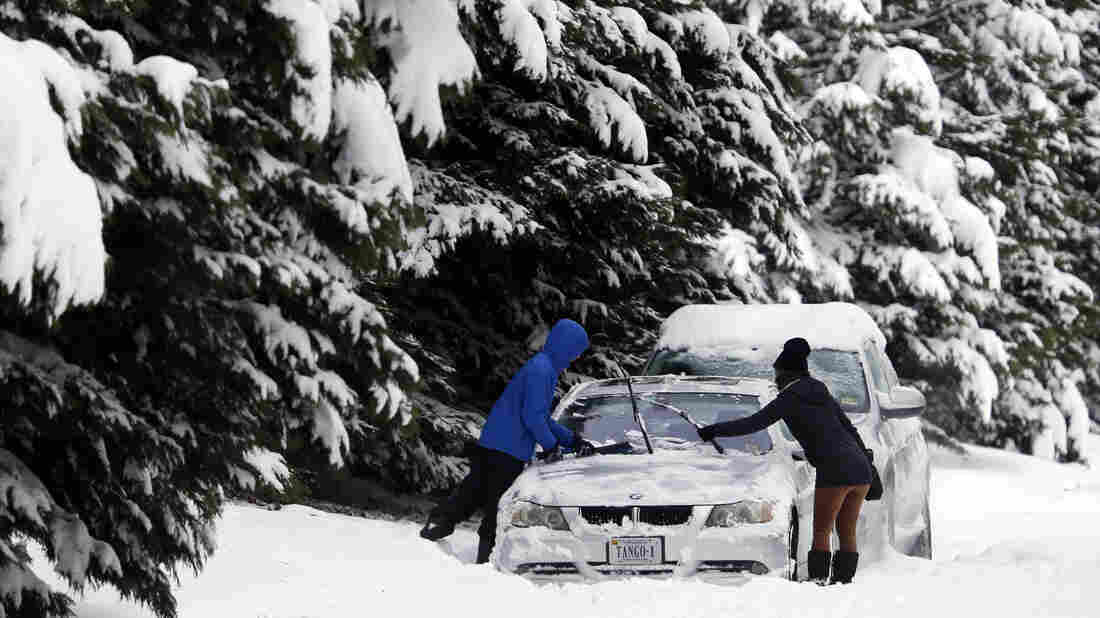 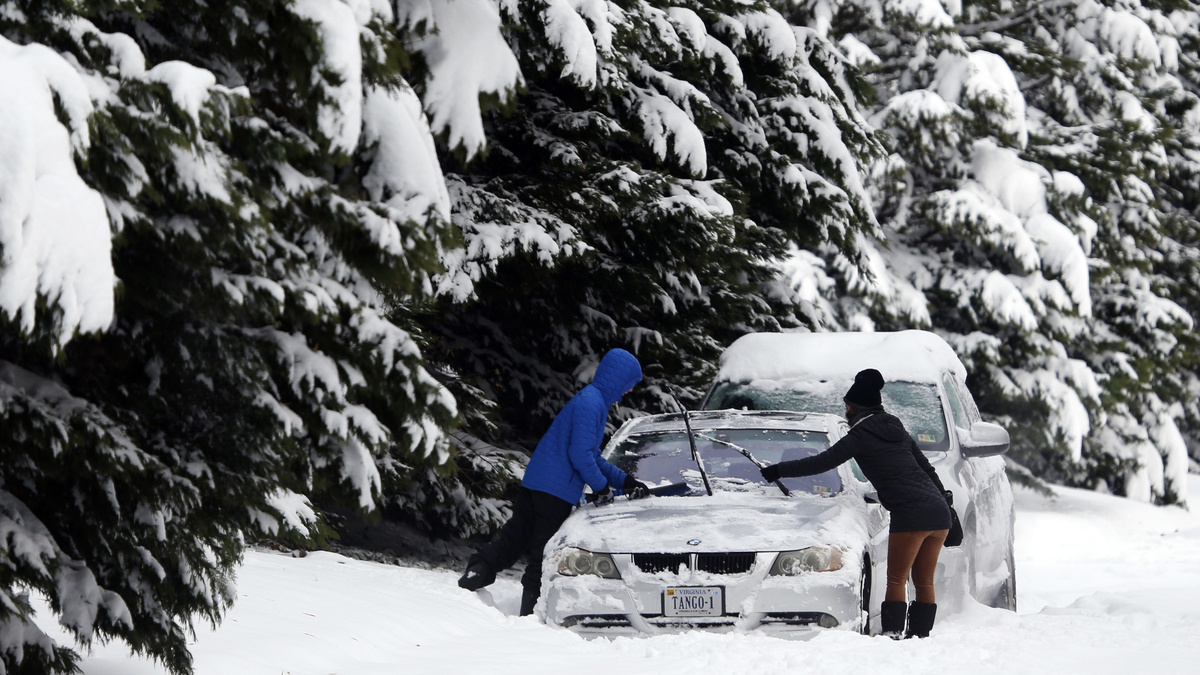 A Richmond, Va., roadway was blanketed by snow after a winter storm hit several U.S. states.

A deadly snowstorm carrying snow, sleet and freezing rain created dangerous road conditions and knocked out power to hundreds of thousands of households and businesses in five states from Virginia to Georgia over the weekend. At least three deaths have been blamed on the storm.

As much as 2 feet of snow fell across parts of northwest North Carolina and south-central Virginia, according to the National Weather Service. The storm is now moving offshore, though some dangerous wintry precipitation is expected to linger across the region.

"North Carolina has gotten through the worst of the storm, but we need to stay vigilant," North Carolina Gov. Ray Cooper said Monday. He and Virginia Gov. Ralph Northam both declared states of emergency ahead of the storm.

Not Time To 'See The Winter Wonderland': N.C. Governor Says To Stay Off Roads

The three storm-related fatalities were all in North Carolina.

In the town of Matthews, N.C., a man was killed when his vehicle was hit by a falling tree, according to a statement from North Carolina Gov. Roy Cooper's office. A woman in Haywood County died after a power outage disrupted the machine supplying her oxygen.

"We had a tractor and trailer driver on I-77 near Jonesville," Vestal told NPR. "He exited the tractor and trailer and was using a snow shovel to clear the snow to get him back on the road, and after he had shoveled snow for quite a while ... he went into cardiac arrest."

Airlines canceled more than 1,000 flights and police have responded to hundreds of weather-related traffic accidents since the storm hit over the weekend. Some schools gave teachers and students a snow day on Monday, The Associated Press reports.

Widespread power outages were reported throughout Virginia, North and South Carolina, Georgia, Tennessee and even parts of Alabama. In North Carolina alone, Duke Energy reported that more than 100,000 customers were still without electricity as of Monday.

About a quarter of the scheduled flights Monday at North Carolina's Charlotte Douglas International Airport were canceled, according to the AP.

Ahead of the storm, Amtrak announced service disruptions through Tuesday.

The National Weather Service warned on Monday that travel conditions remained hazardous for many of the affected areas and that additional power disruptions were possible.

Roads across the #Triangle continue to be treacherous, even with the minor accumulations that we have seen. Slow improvement is expected this afternoon with warming temperatures. Please limit any/all travel until after 3pm if possible. #NCwx #WinterStorm pic.twitter.com/eBdDDtkt6K