Accessibility links
Roger The Buff Kangaroo, Beloved Online, Dies At Age 12 Roger, who lived at The Kangaroo Sanctuary in Alice Springs, Australia, was an orphan who grew up to be an impressively ripped alpha male. Photos of his physique were popular online. 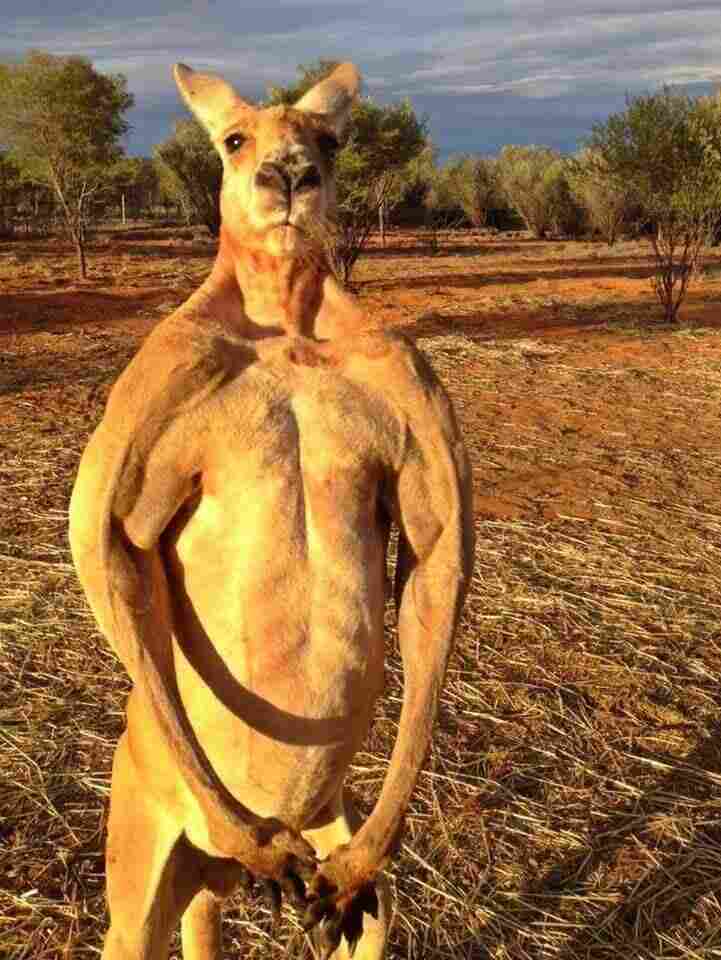 Roger the kangaroo gained fame for his muscular build. He died at 12 years old. Courtesy of The Kangaroo Sanctuary hide caption 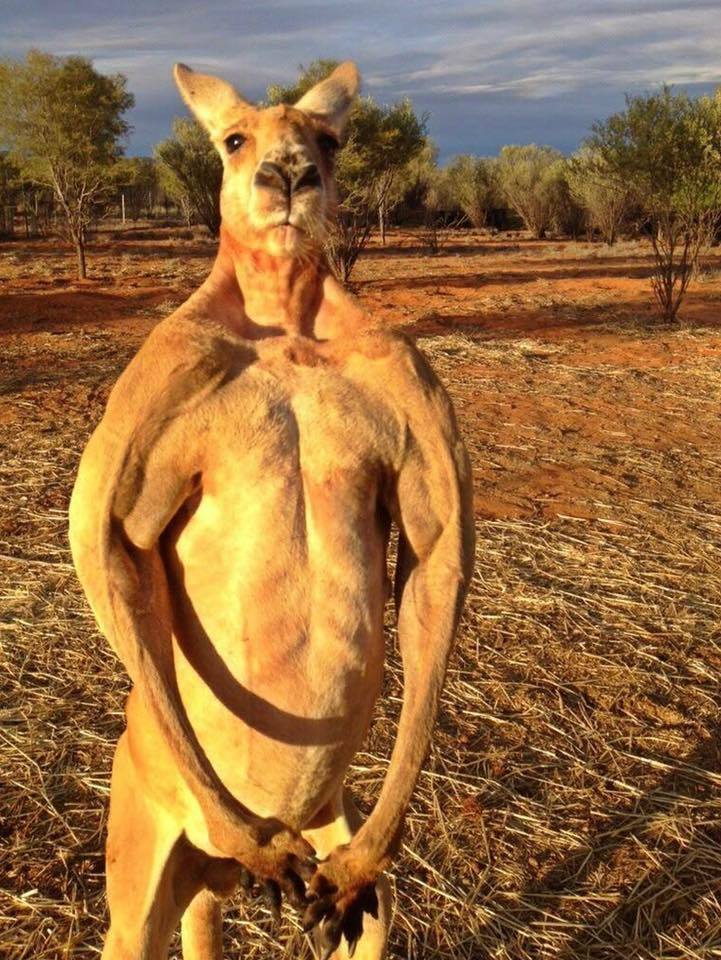 Roger the kangaroo gained fame for his muscular build. He died at 12 years old.

Courtesy of The Kangaroo Sanctuary

Roger, a buff red kangaroo who made his home at a sanctuary in Australia but achieved renown worldwide for his impressive musculature, has died at the age of 12.

Roger was rescued as an orphaned joey; he was trapped inside his dead mother's pouch when a man named Chris Barns discovered him and decided to found a kangaroo sanctuary. (That sanctuary was recently featured in a BBC documentary series called Kangaroo Dundee.)

Roger grew up to be the alpha male of the community. And — as the Internet noted in sometimes uncomfortable awe — what an alpha male he was.

The kangaroo stood 6 feet, 7 inches tall and weighed nearly 200 pounds, according to the sanctuary.

Every now and again, photos of him would make the rounds online, inspiring the same admiring words. Muscle-bound. Super buff. Massive. Beefcake.

"He grew up to be a kangaroo that people from all over the world have grown to love as much as we love him too," Barns, who also goes by the name Brolga, said in a video posted on Facebook on Saturday. "So we reflect on his life today, and for many years to come."

Those muscles weren't just for looks. Roger was a ferocious fighter.

Barns — the man who founded The Kangaroo Sanctuary after he found Roger as a tiny joey — has the scars to prove it.

We should note that Barns, like Roger, is 6 feet, 7 inches tall, and no shrinking violet. He spoke to Australia's Traveller website:

" 'He's a big boy, and very aggressive,' says Chris, lifting his shirt to show off some war wounds.

" 'That's Roger,' he says pointing at one scar. 'That's Roger too. There are another six stitches on my groin. They're Roger.'

" 'Basically he's just a fighter,' says Chris. 'It's natural for an alpha male. He likes to see the threat go, so will always come out to confront you. If he grabs you, he doesn't let go. You can't get out easily. It's a chokehold. As for a well-placed kick, it can disembowel you.' "

To be clear, Roger is not the only brawny kangaroo in Australia. Red kangaroos are the largest living marsupials in the world, and the males box to establish dominance. Only the alpha male mates with the females in the group, called a mob.

Boxing abilities, therefore, are a useful skill for a male red kangaroo, and a physique like Roger's is a possible result.

In recent months, the Kangaroo Sanctuary described Roger as "retired," a reference to the fact that he was no longer the alpha male there.

His son Monty took over "after a quick kickboxing match with Roger," the Kangaroo Sanctuary said last year.

You may not be astonished to learn that Monty, too, has an impressive physique.