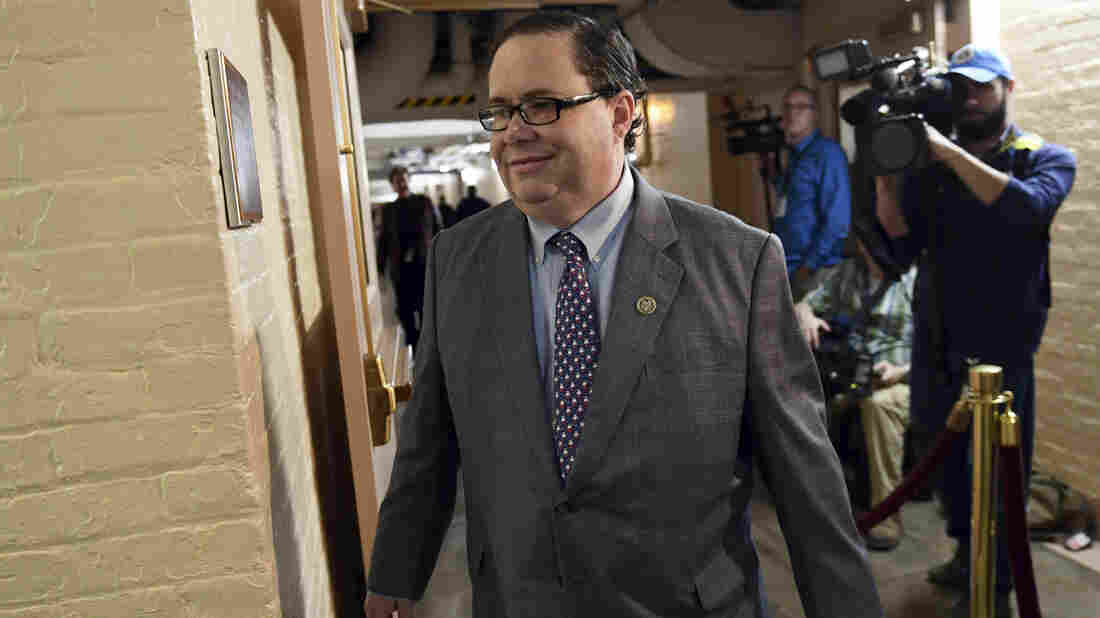 Former Texas GOP Rep. Blake Farenthold has denied allegations from a former aide that he sexually harassed her, but he used taxpayer funds to settle a claim. Congress is working to change the current system and make lawmakers personally liable. Susan Walsh/AP hide caption 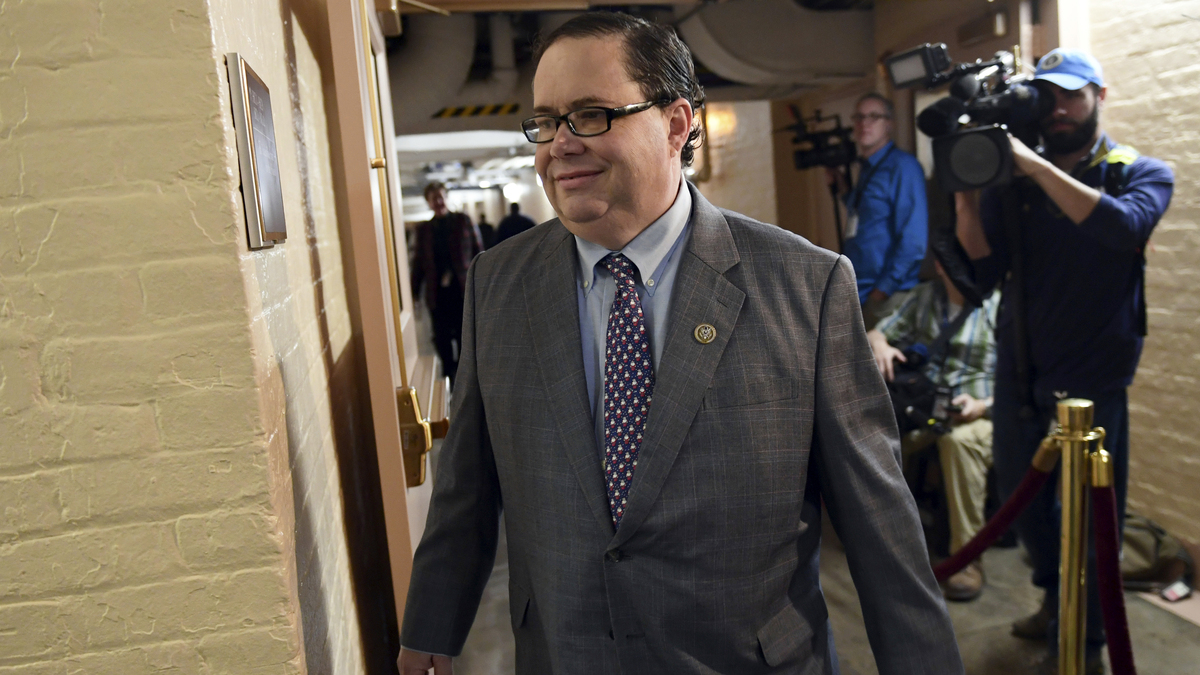 Former Texas GOP Rep. Blake Farenthold has denied allegations from a former aide that he sexually harassed her, but he used taxpayer funds to settle a claim. Congress is working to change the current system and make lawmakers personally liable.

Congress has promised for months to come together and pass legislation to overhaul the system for handling accusations of sexual misconduct against members. Bipartisan negotiators say they are confident a bill will pass before the year is out, but they still have some major issues to resolve with little time before the lame-duck session wraps up this month.

But despite the push to streamline the system, progress stalled for months over differences between the two bills. The chambers struggled to resolve major issues like who will pay for future settlements with accusers, who should conduct the investigations and how much information should be made public.

Congressional leaders say they're confident a bill will pass anyway. House Minority Leader Nancy Pelosi says negotiators are nearing a deal — but she admits it may not be as effective as she, or many others on Capitol Hill, would like.

"You know what the bills are, they're quite different," Pelosi told reporters last week. "They're coming closer together."

Negotiators are unwilling to discuss how they will resolve the substantive differences on how a reformed system will work, but Sen. Roy Blunt, R-Mo., the top GOP negotiator in the Senate, says lawmakers can't waste any more time.

"I think it's really important to start the next Congress with a clear understanding — of both the returning members and the new members — of what their responsibilities are and what their liabilities are," Blunt said. "We need to settle this."

There's also pressure to prevent another experience like Lauren Greene's.

Back in 2013, Lauren Greene loved her job on Capitol Hill. Until, she says, her boss — former Rep. Blake Farenthold, R-Texas — harassed her.

It got even worse when she tried to file a complaint using a system that only exists for Congress.

Farenthold is accused of making explicit sexual remarks to staffers, talking about their appearance and their bodies. He has denied the accusations, but he did step down from his post in the spring.

Politico first reported the details, which included an $84,000 settlement between Greene and Farenthold that was paid for by taxpayers.

Greene says she reached a settlement after going through an arduous process that started with figuring out where to begin. At first, she called the ethics committee but discovered it was the wrong place. She was transferred around until she was sent to the Office of Compliance — an obscure part of Congress — to start a secretive process that dragged on for months.

Eventually, she hired a lawyer and settled with Farenthold.

But in the process, she missed out on jobs, had to move and was made to sign a non-disclosure agreement that kept her from talking to anyone about the case — even her mother.

"It's sad looking back on it," Greene said. "I didn't even know what my rights were at the time."

Since 1997, the Office of Compliance processed cases totaling at least $15 million in settlements about harassment or discrimination allegations. The details on the number of cases and money involved didn't get widespread attention until late 2017, at the height of the #MeToo movement.

The statistics in Congress are hard to know because of the current rules, but the Equal Employment Opportunity Commission estimates that about three-quarters of all people who experience harassment never talked to a superior or a workplace advocate about the experience.

Progress on a new solution

California Rep. Jackie Speier, who worked as a congressional aide before running for her seat, has helped lead the negotiations for Democrats in the House. She says the two sides agree on major things like providing legal representation for accusers and launching mandatory training for staff and members.

"We're changing the dynamic so dramatically and protecting the staffers on Capitol Hill for the first time in a meaningful way," Speier said in an interview with NPR.

Both the House and Senate bills would make members responsible for paying at least some of damages in any settlement. But negotiators are at odds over a provision in the Senate bill that caps lawmaker liability at $300,000 and limits their responsibility to "compensatory damages."

The two chambers also disagree about who should run the investigations, how long they should take and whether there should be a cap on how much can be paid in damages.

"The bill that we passed in the House was unanimous by Republicans and Democrats," Speier said. "The Senate has taken the posture that the problem is really just a House problem. So they are not as inclined to be as robust in the services to the victim, nor the requirements of members."

Speier and Pelosi have both suggested that the House could still pass tighter rules next year when Democrats are in the majority, even if a compromise is signed into law this year.

"We then can pass bills ourselves that apply to the House," Pelosi said."I think that would put some pressure on the Senate to do the same."

That's not good enough for many advocates and harassment victims. Greene's attorney Les Alderman says he worries that some on Capitol Hill will declare victory after working on this measure and fail to tackle broader issues around sexual harassment claims.

"I think people are going to lose the will to take on the big changes and they'll also lose the public pressure to do so," Alderman said in an interview with NPR. "It only affects Congress and congressional agencies and doesn't affect large corporations and other employers."

Greene says she is worried that Congress won't do enough — particularly when it comes to making sure that a person making an accusation has control over how much information is made public. But she's glad that Congress realizes the system they have now isn't right and isn't fair.

"I wouldn't be able to sleep at night knowing that there was another staff member out there who was also dealing with this," she said. "You can get past this. You can get on with your life."