Accessibility links
Trump EPA Proposes Major Rollback Of Federal Water Protections The Trump administration wants to substantially limit which waterways are protected under the Clean Water Act. Farmers and developers have long lobbied against the current rule as too expansive. 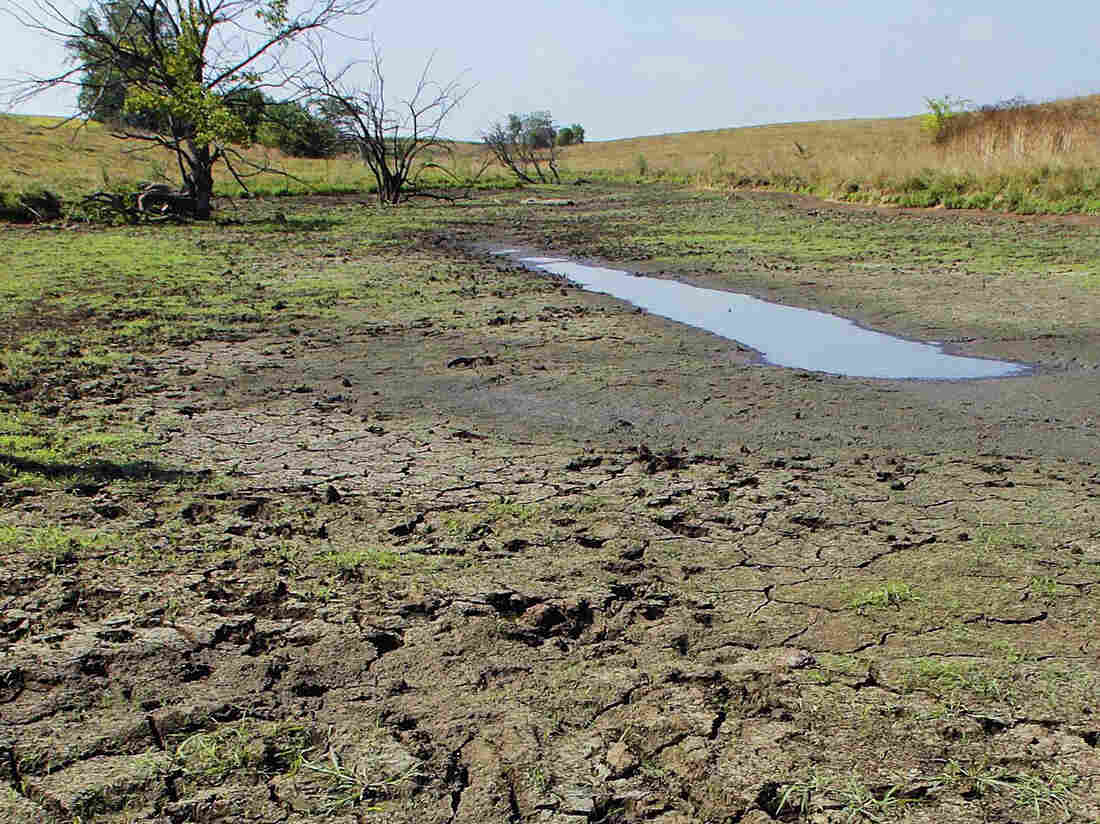 The Trump administration wants to limit the scope of a major clean water rule. It says the EPA under President Obama went too far in regulating isolated waters and wetlands far upstream from navigable lakes and rivers. Seth Perlman/AP hide caption 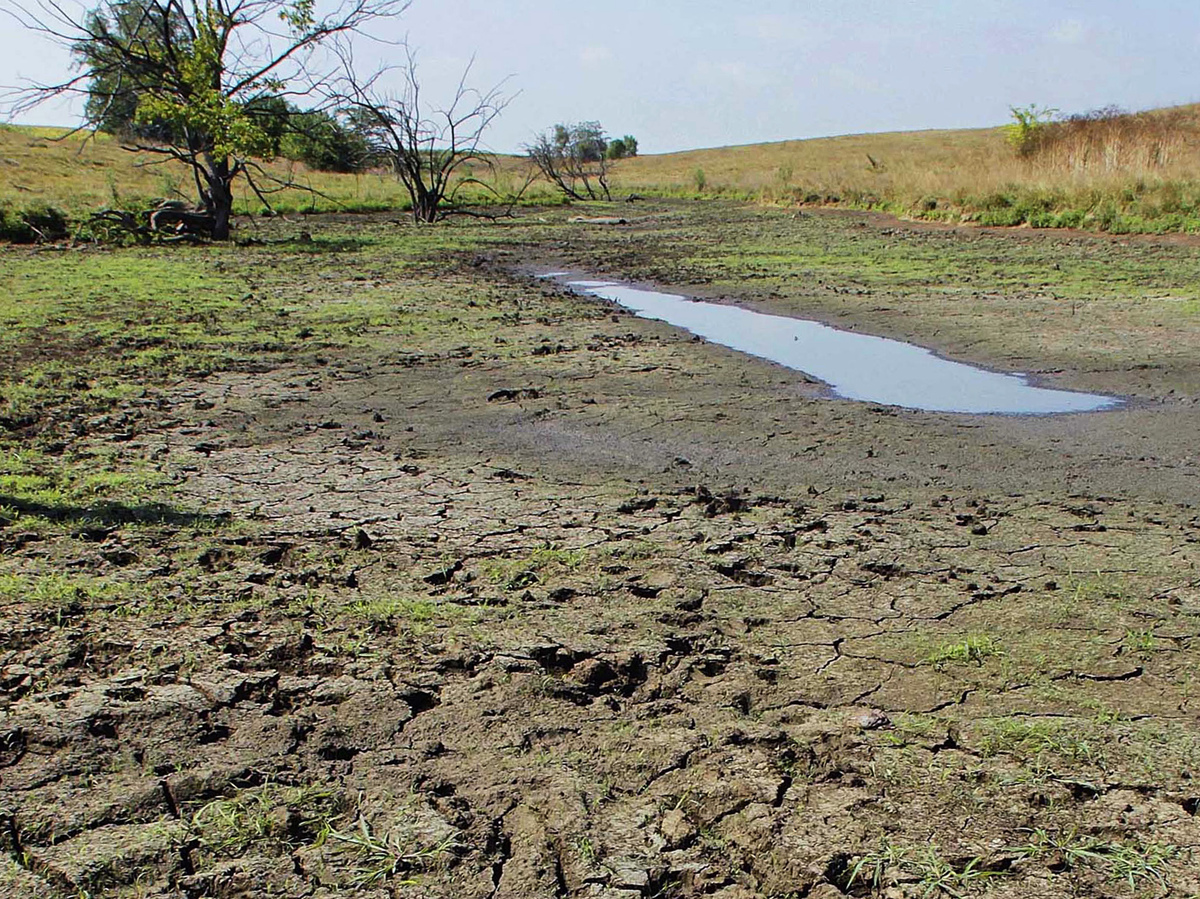 The Trump administration wants to limit the scope of a major clean water rule. It says the EPA under President Obama went too far in regulating isolated waters and wetlands far upstream from navigable lakes and rivers.

Vast amounts of wetlands and thousands of miles of U.S. waterways would no longer be federally protected by the Clean Water Act under a new proposal by the Trump administration.

The proposal, announced Tuesday at the Environmental Protection Agency, would change the EPA's definition of "waters of the United States," or WOTUS, limiting the types of waterways that fall under federal protection to major waterways, their tributaries, adjacent wetlands and a few other categories.

The change aims to "provide states and landowners the certainty they need to manage their natural resources and grow local economies,"said the EPA's acting administrator, Andrew Wheeler.

Wheeler said the simpler approach would allow farmers, for example, to decide which water on their property is subject to federal regulation without paying thousands of dollars for consultants and engineers. He said it will also let them and others avoid expensive and time-consuming permits for an Obama-era regulation he called a "power grab."

The proposed change stands in stark contrast to the definition put forward by the Obama administration in 2015, which aimed to widen federal clean water protections to include not only those large waterways, but also the smaller streams and tributaries that feed into them. For years, Republican opponents, agriculture groups and real estate developers have decried that move as a regulatory overreach.

As a candidate and president, Donald Trump painted the Obama-era rule in a similar light, calling it "one of the worst examples of federal regulation" and making its repeal and revision a priority for his administration.

Dave Ross, of EPA's water office, said the water rule rollback will achieve the "careful balance" that Congress intended when it passed the Clean Water Act decades ago.

Randy Noel, chairman of the National Association of Home Builders, said the new proposal should make it easier for development to take place.

"As a home builder, I'm pretty excited about it because we hadn't had any lots to build on," he said.

Noel lives in south Louisiana, an area with a lot of wetlands. He says developers were running scared because it wasn't ever clear which wetlands were federally regulated and which weren't. "Hopefully this re-definition will fix that," he said.

Under EPA's proposal, the only wetlands that will be federally protected are those that are adjacent to a major body of water, or ones that are connected to a major waterway by surface water.

This latest rollback is one of dozens of environmental regulations the Trump administration has aimed to curtail or replace in an effort to boost industry and fossil fuel production. The administration hopes to finalize the rule next year, but environmental groups are already threatening legal challenges.

"This proposal is reckless," said the Natural Resources Defense Council's Jon Devine in a statement. "Given the problems facing our lakes, streams and wetlands from the beaches of Florida to the drinking water of Toledo, now is the time to strengthen protections for our waterways, not weaken them."

One of the biggest points of contention is the erasure of protections for ephemeral or intermittent waterways under the new plan. Ephemeral streams only flow after precipitation, but they constitute a major part of the country's water systems.

A study referenced by the EPA under President Obama says that nearly 60 percent of all U.S. waterways, and 81 percent in the arid Southwest, are ephemeral or flow seasonally — the types of waterways that would lose protections. In his announcement, Wheeler disputed those figures, saying they couldn't be backed up.

Asked for a more accurate figure, EPA officials said they did not have a precise number.

"A lot of these environmental issues are complicated and they're confounding, and you can see both sides of them," he said.

But, in addition to implicating wildlife habitat and areas for recreation, Wood said this rule could affect people's drinking water. For that reason, he said, "if need be and we find it deeply flawed enough, we will likely litigate."

Arguments over federal jurisdiction and the definition of "waters of the U.S." have been going on for decades.

Passed in 1972, a few years after Ohio's Cuyahoga River literally caught fire, the Clean Water Act aimed to maintain the "chemical, physical and biological integrity of the Nation's waters."

To do so, it largely prohibited the discharge of pollution into the country's "navigable waters."

Successive administrations, interest groups and the U.S. Supreme Court have been fighting over the definition of "navigable waters" and their scope ever since.

The Obama administration embraced a broad definition, arguing that pollution upstream makes its way downstream and should thus be regulated.

The Trump administration is proposing a more restrictive interpretation based on a 2006 opinion by the late Supreme Court Justice Antonin Scalia, who believed that the Clean Water Act only applied to relatively permanent waters. Other waterways and bodies, he argued, should be regulated by states.

Both administrations cited a need for clarity and regulatory certainty in announcing their rules.

With lawsuits likely and a 60-day public comment period ahead, the administration's proposal is far from becoming law.