Accessibility links
Rays Of Sun Or A Reminder Of Atrocities? After Protests, LA Mural Will Be Removed The artist says he meant no harm, but some Korean neighbors see echoes of a flag flown by the imperial Japanese army during World War II.

Rays Of Sun Or A Reminder Of Atrocities? After Protests, LA Mural Will Be Removed

Rays Of Sun Or A Reminder Of Atrocities? After Protests, LA Mural Will Be Removed 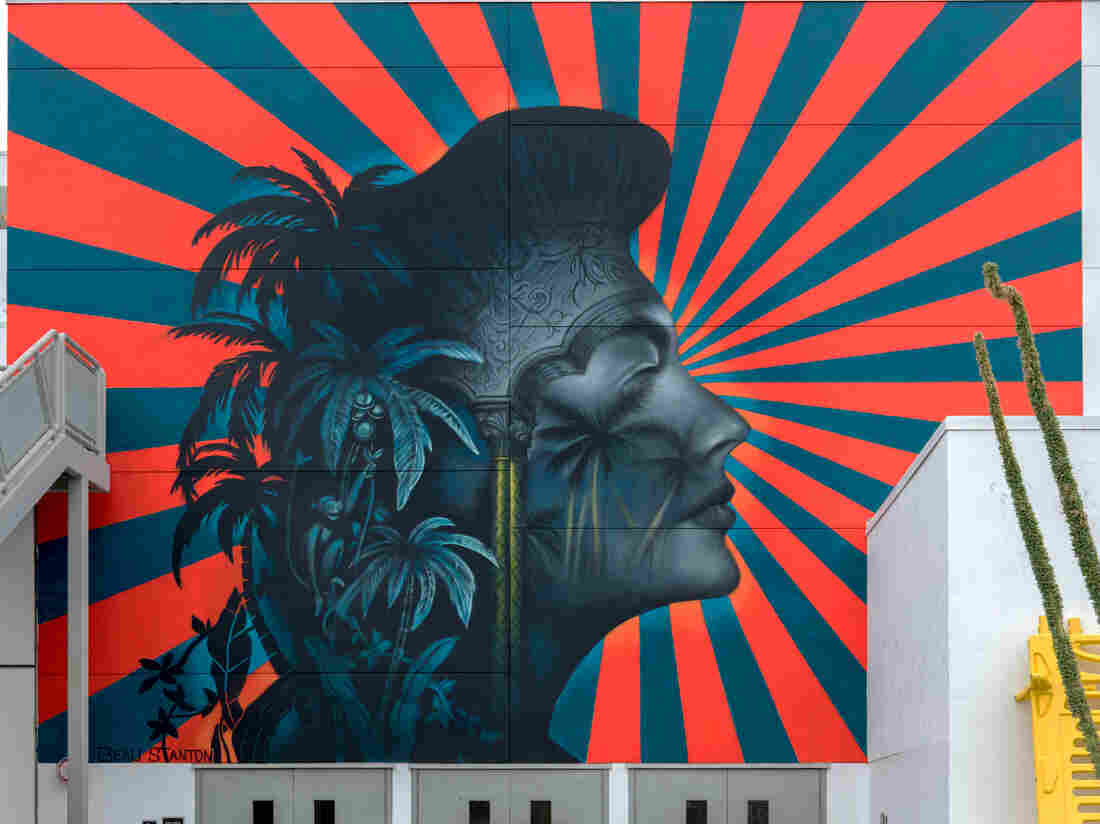 Beau Stanton painted this mural on a Los Angeles school in 2016. Later this month it will be removed, following complaints from community members. Beau Stanton/Courtesy hide caption 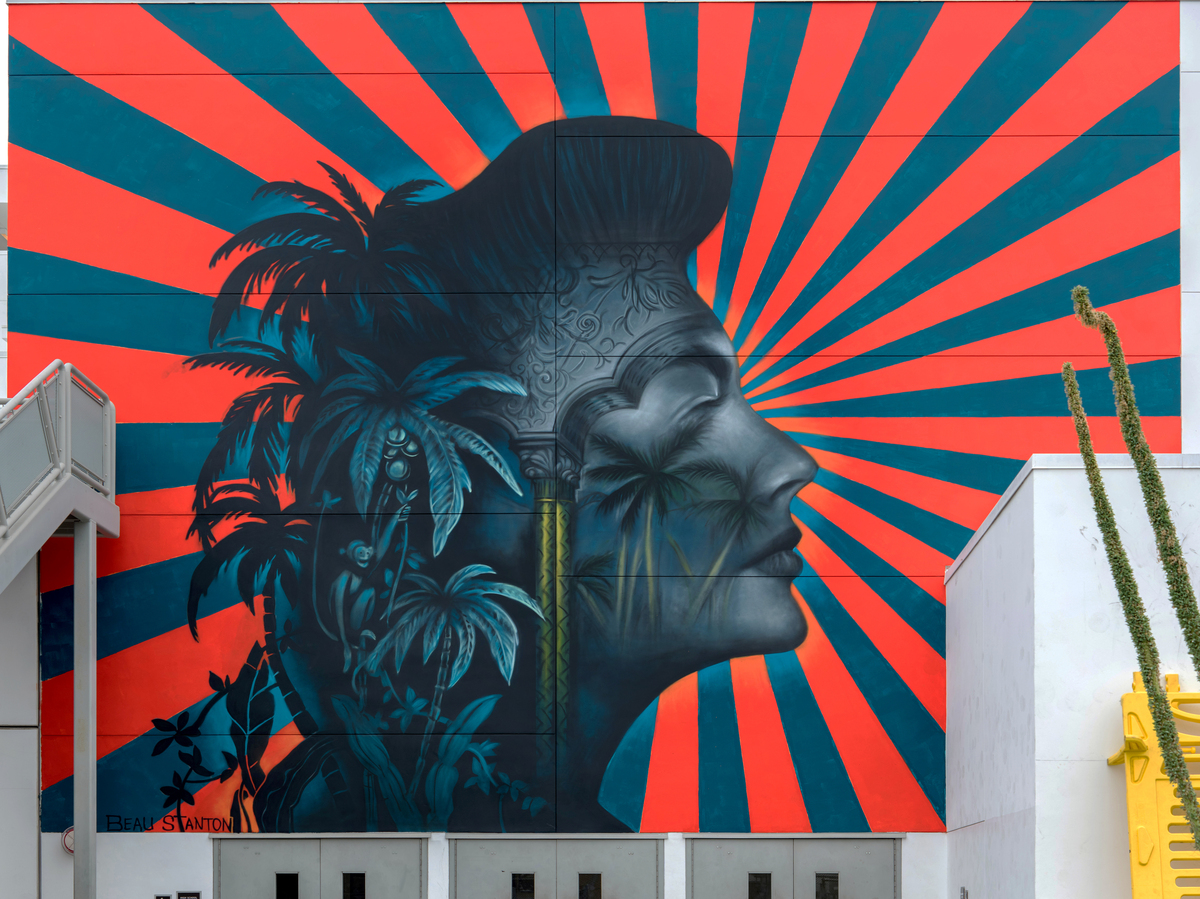 Beau Stanton painted this mural on a Los Angeles school in 2016. Later this month it will be removed, following complaints from community members.

In the eye of the artist, it was a colorful celebration of a neighborhood's past.

In the eye of some beholders, it's a public reminder of a painful history.

The artwork in question is a large mural painted on the side of a Los Angeles school, a splash of color on an education complex in the city's Koreatown neighborhood. It was painted in 2016 as part of a mural festival. But this fall, area residents started to complain to school officials. In the bright bands of the design, they saw echoes of the Japanese imperial battle flag, flown during World War II. 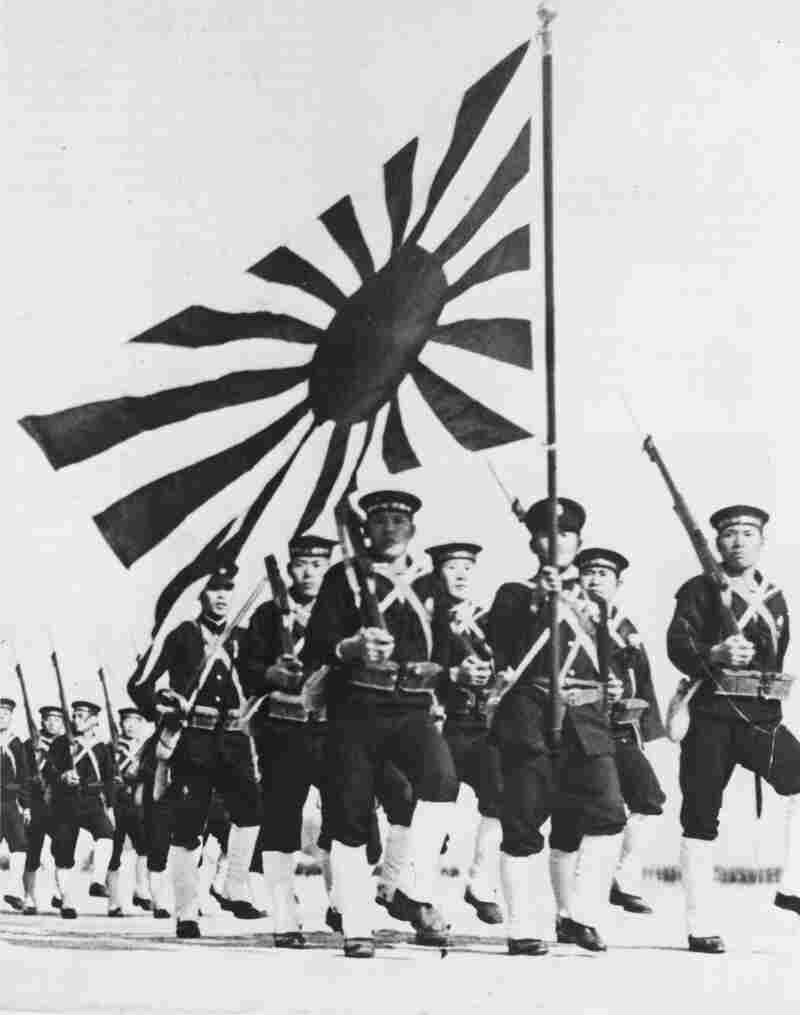 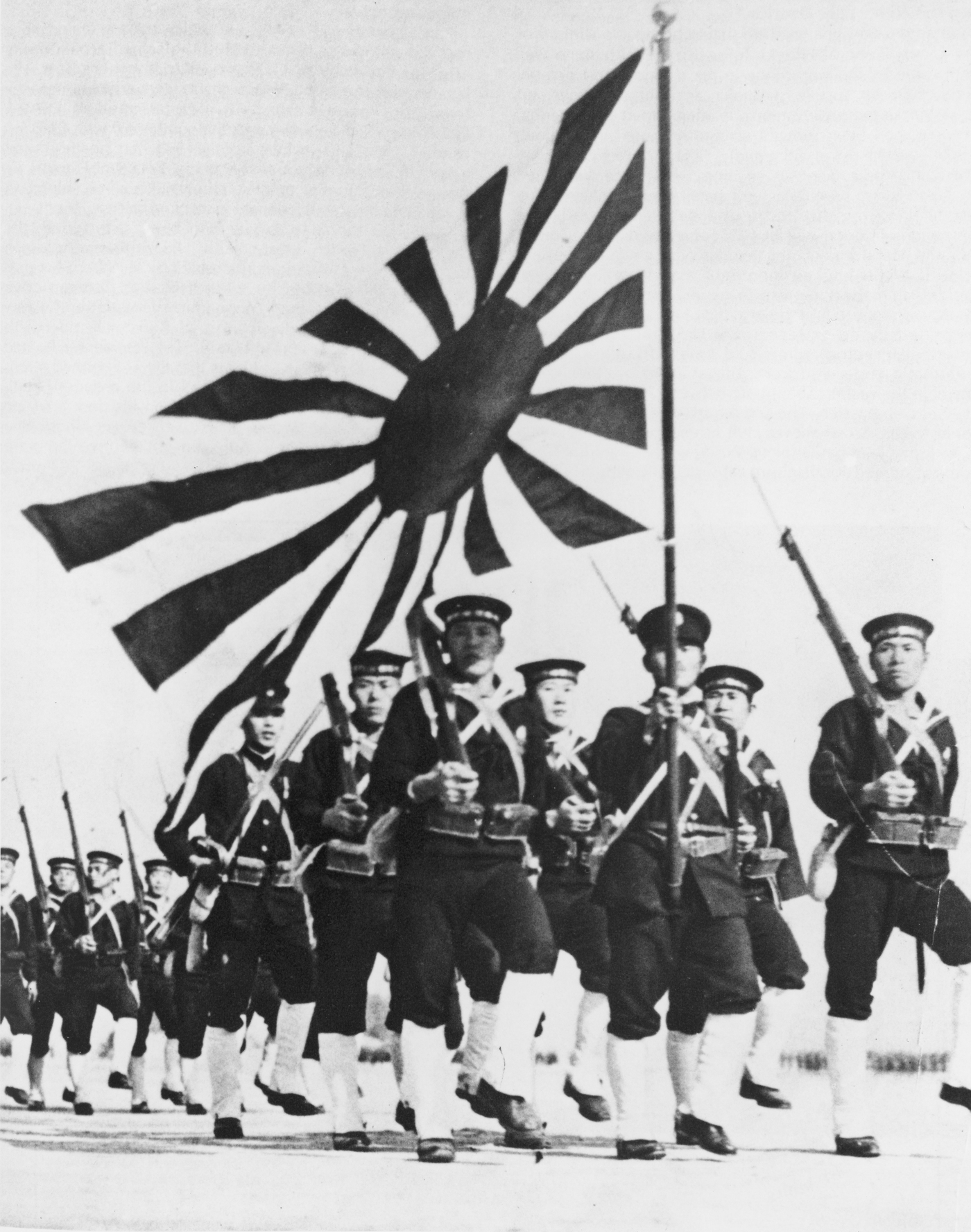 Japanese soldiers march holding bayonets and flying the Rising Sun flag, circa 1945. The flag had red stripes on a white background.

On Thursday, the school district announced it will paint over the mural.

The painting, created by Beau Stanton, was one of 28 murals added to the campus. He tells NPR it was inspired by the history of the site – the school's theater stands where the historic Cocoanut Grove nightclub once hosted Hollywood stars. In his mural, a stylized Ava Gardner gazes into the distance above a backdrop of red and teal stripes, radiating out from her profile.

"They're meant to draw the viewer into the focal point of the image, and they also serve as a way to project her vision outward to the horizon," according to Stanton. "This is not the Japanese flag."

But some community members decided it bears too much of a resemblance. Working with the Wilshire Community Coalition, a local advocacy group, they outlined their objections in a November letter to the schools.

"Japanese military aggression during World War II was motivated by racism, fascism and imperialism and was deeply rooted in the belief in the false superiority of one race over another," it read in part.

The imperial Japanese army – under the red and white striped banner of the Rising Sun – killed millions of people before and during the Second World War. In the Nanking Massacre of 1937, Japanese troops killed hundreds of thousands of Chinese. Under Japanese rule of the Korean peninsula, more than 200,000 Korean women were held as sexual slaves, or "comfort women." Korean media outlets have been reporting on the mural controversy.

"We want to make sure all the community members learn proper lessons from history," said Jake Jeong, president of the Wilshire Community Coalition in an interview with NPR. While he acknowledged Stanton's design isn't "necessarily identical" to the Japanese flag and said he thinks the artist acted in good faith, he emphasized people should be as sensitive to Japanese imperial symbols as they are to swastikas or Nazi salutes.

The rays-of-sun motif appears repeatedly in Stanton's work. He notes it is also present in various forms in the flags of Tibet, Macedonia and Arizona, and says his design was pre-approved by school administrators and faculty. Stanton told NPR he didn't want his work to make anyone feel bad, but that he is now concerned the district's decision will set a precedent for the removal of other art.

"On one hand you want to stand by your artwork," Stanton said, adding that he would rather the mural be taken down than make revisions to it. "But on the other hand, you want to be sensitive to a community that has some collective trauma."

Both Stanton and Jeong said they hope the removal of the mural will spark a broader community discussion – about public art, and about the violent history of imperial Japan.

In a statement provided to NPR, Roberto Martinez, the superintendent overseeing the campus, said: "Art is intended to celebrate the human spirit, but in this case, it has offended a group in our community. We will be removing the mural over the winter break, and we are looking forward to working ... on next steps in the selection of a new mural."