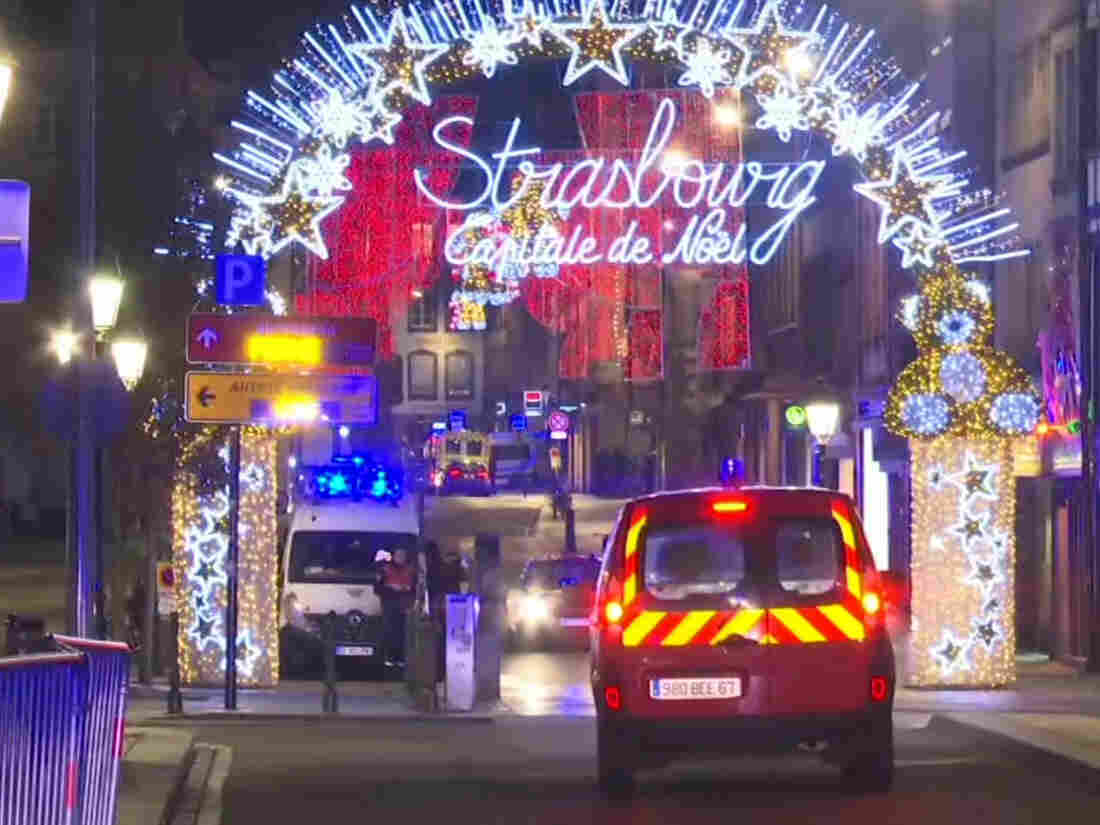 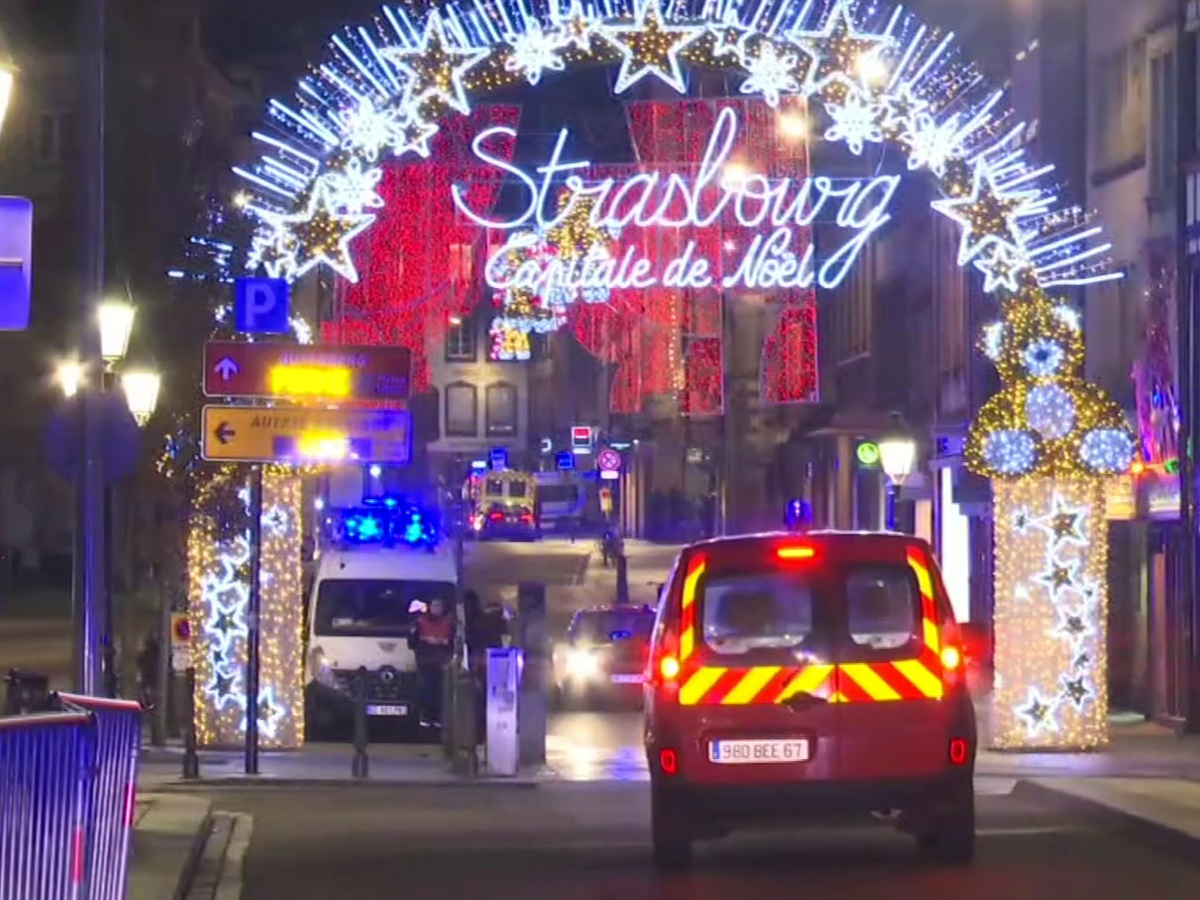 French emergency services arrive at a Christmas market in Strasbourg, France, after a gunman killed at least three people and wounded nearly a dozen more.

A gunman opened fire at a Christmas market in Strasbourg, France, killing at least two people and wounding nearly a dozen others, according to conflicting preliminary reports, some of which put the death toll higher.

The scene is confusing and events fast-moving as French police search for the suspected shooter, who is still at large.

French Interior Minister Christophe Castaner said security will be strengthened in all Christmas markets and at the nation's borders. He said that 350 security agents are hunting for the gunman.

Earlier, the news agency, citing medics and police sources, reported that four people were killed, before returning to its original estimate of two dead.

"[In] a statement at 2215 GMT, the local prefecture was still saying two people had died," the news agency noted.

Castaner said the suspect has a criminal record and is known to authorities. He also said said several of the wounded are in critical condition, according to AP.

Reuters reports that a local prefecture said a suspect had been previously identified as a security risk.

Local authorities have not suggested a motive for the shooting. A terrorism investigation has been launched.

Strasbourg is the home of the European Parliament, which has been locked down. The world-famous market has been cordoned off.