Accessibility links
Former Bahraini Soccer Pro Awaits His Fate In A Thai Prison Hakeem al-Araibi, who had been living in Australia as a legal refugee, was detained in Bangkok at the start of a vacation and fears he will be tortured if sent back to Bahrain. 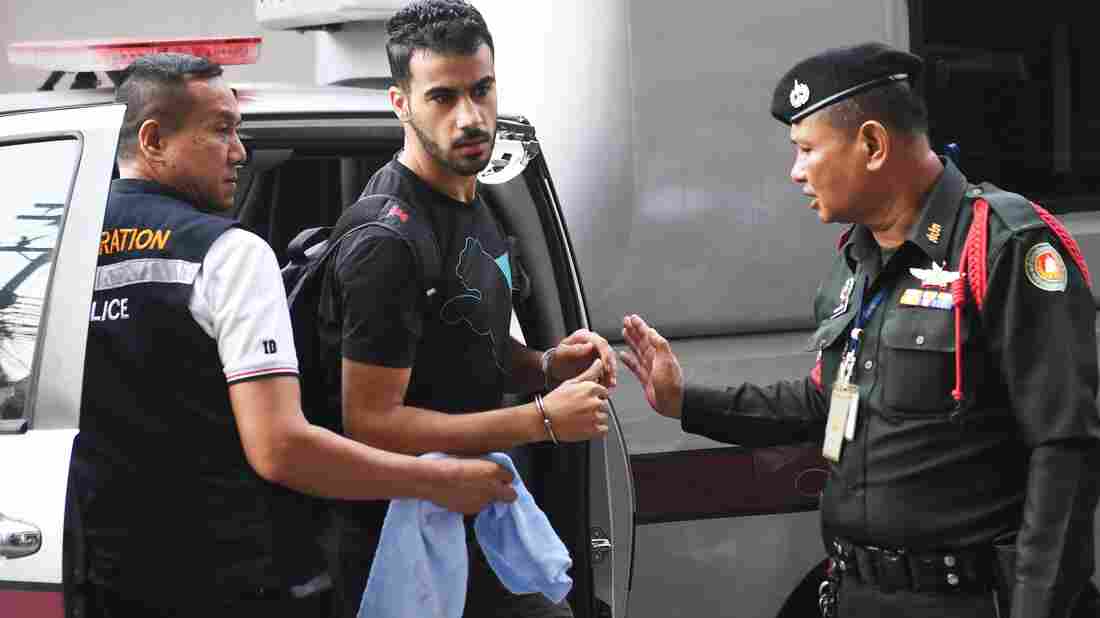 Hakeem al-Araibi, a soccer player with refugee status in Australia, was detained in Bangkok as he began a vacation. Bahrain wants him extradited after a vandalism conviction, but Araibi fears he will be tortured. Lillian Suwanrumpha /AFP/Getty Images hide caption 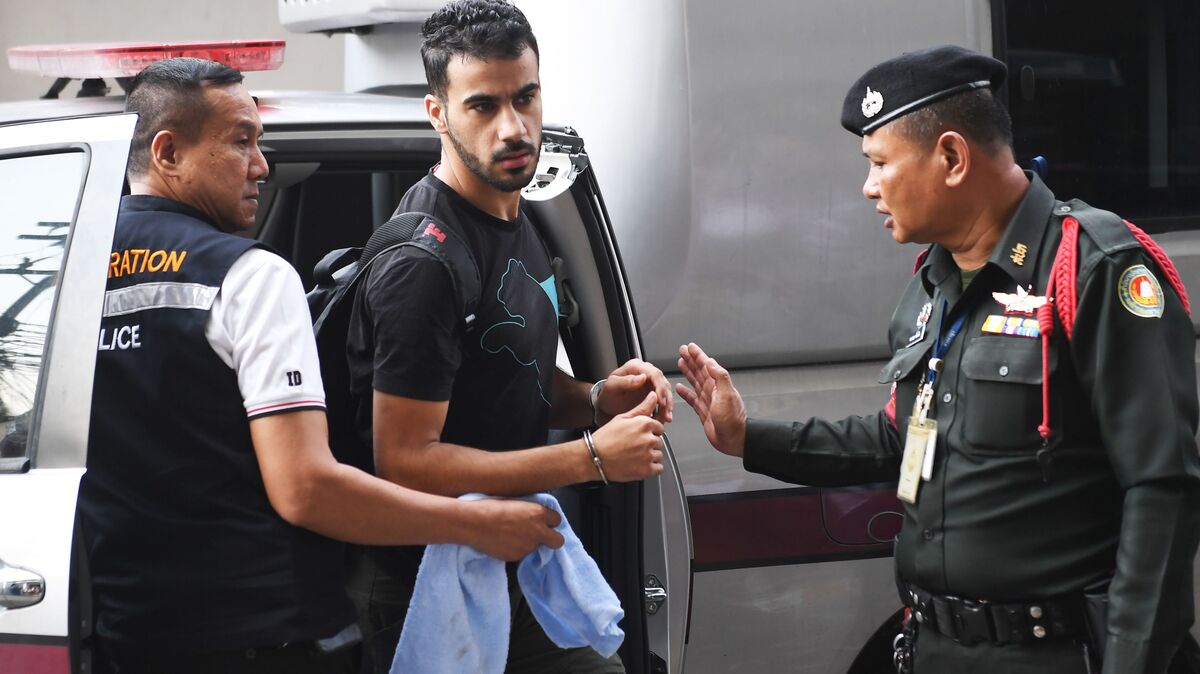 Hakeem al-Araibi, a soccer player with refugee status in Australia, was detained in Bangkok as he began a vacation. Bahrain wants him extradited after a vandalism conviction, but Araibi fears he will be tortured.

A professional soccer player is being held in a Bangkok prison while he awaits extradition to Bahrain, where he was convicted in absentia of vandalism and sentenced to 10 years imprisonment.

Hakeem al-Araibi, 25, formerly on the Bahraini national soccer team, denies he vandalized a police station and says he fears political persecution and torture if he is returned to Bahrain, according to the Associated Press.

On Tuesday a Thai court ruled that Araibi could be detained for 60 days pending the completion of Bahrain's extradition request. The court also denied a request for bail.

The London-based Bahrain Institute for Rights and Democracy said it was in contact with Araibi, who communicated this message on Dec. 4:

"This might be my last message. I still don't know whether I will be deported to Bahrain tomorrow. I appeal to the United Nations, individual states, FIFA, footballers, and all people, as my fate is now in danger and my future will soon be over. If I am deported to Bahrain, don't forget me, and if once I'm there you hear me saying things, don't believe me. I know what will happen to me and I know I will be tortured to confess things that I have never done. Please continue your fight to save me."

Araibi fled his homeland four years ago. Since the failed Arab Spring uprising in 2011, the Bahraini government has become known for harshly repressing its critics. Araibi, who has criticized Bahrain's ruling family in media interviews, made his way to Australia, where he was granted refugee status and, in 2017, permanent residency.

Araibi was arrested at a Bangkok airport on Nov. 27 upon entering Thailand with his wife for a vacation. Since then, there have been widespread calls for his release, including from the Australian government and international human rights organizations.

When Araibi was detained in Bangkok, there was an Interpol red notice attached to him. Such a notice is meant to alert nations about individuals with active arrest warrants. They are not legally binding, but according to The New York Times, red notices have been "abused by authoritarian governments that want to bring home critics who have fled abroad."

Thai authorities detained him "in response to the red notice alert received from the Interpol National Central Bureau of Australia and the formal request from the Bahraini government for his arrest and extradition," the Thai Ministry of Foreign Affairs said in a statement.

After Months Stuck Living In Airport, Syrian Finds Refuge Half A World Away

Interpol rescinded the red notice for Araibi about a week after he was detained, the Times says.

Araibi's Australian soccer club has urged the Thai government to free the Bahraini athlete. But FIFA, soccer's governing body, which told The Guardian it supports his release, has been criticized by Human Rights Watch and other groups for not doing more to gain his freedom.

Bahrain, a small Persian Gulf nation ruled by a Sunni monarch, has been the focus of concern by human rights groups for some time. Last year Amnesty International warned that Bahrain was "heading towards total suppression of human rights."

Sayed Ahmed Alwadaei, director of advocacy at the Bahrain Institute for Rights and Democracy, told The Guardian that "The Thai government must know it's crossing a red line if it deports Hakeem."

The Bahrain rights group notes on its website that Araibi "has been very critical of the current president of the Asian Football Confederation," Sheikh Salman bin Ebrahim Khalifa, a member of Bahrain's royal family, especially during his 2016 candidacy for the position of president of FIFA. Khalifa did not win but is a vice president of the organization.