Accessibility links
Senate Votes To End U.S. Support For War In Yemen, Rebuking Trump And Saudi Arabia A bipartisan resolution directs the administration to end military assistance to the Saudi-led conflict. It draws on the Vietnam-era War Powers Act, marking the first debate on this war authority. 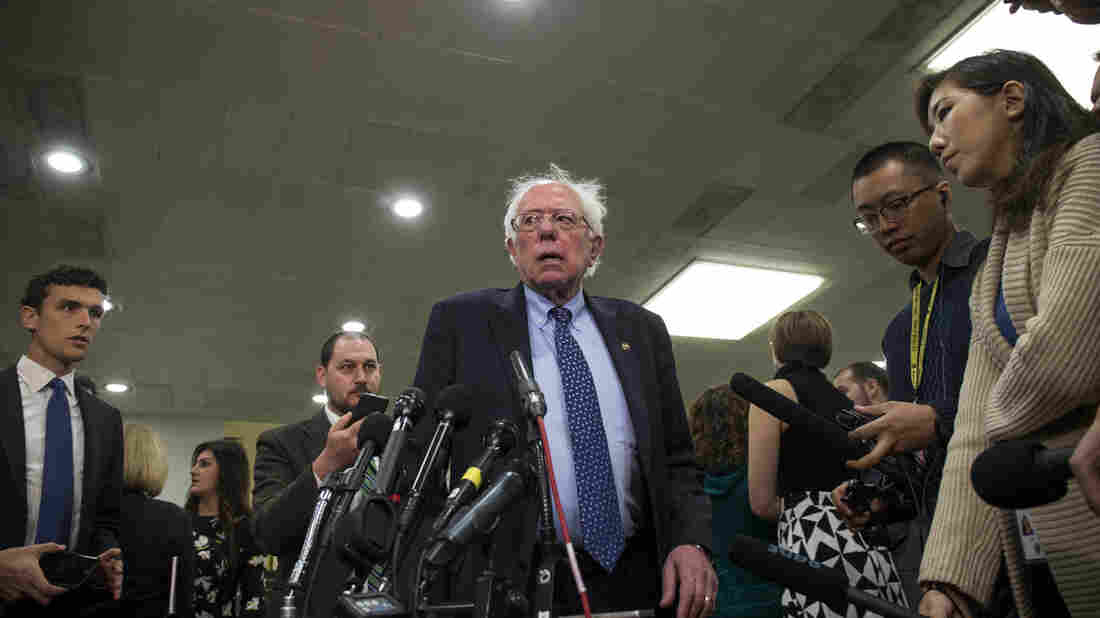 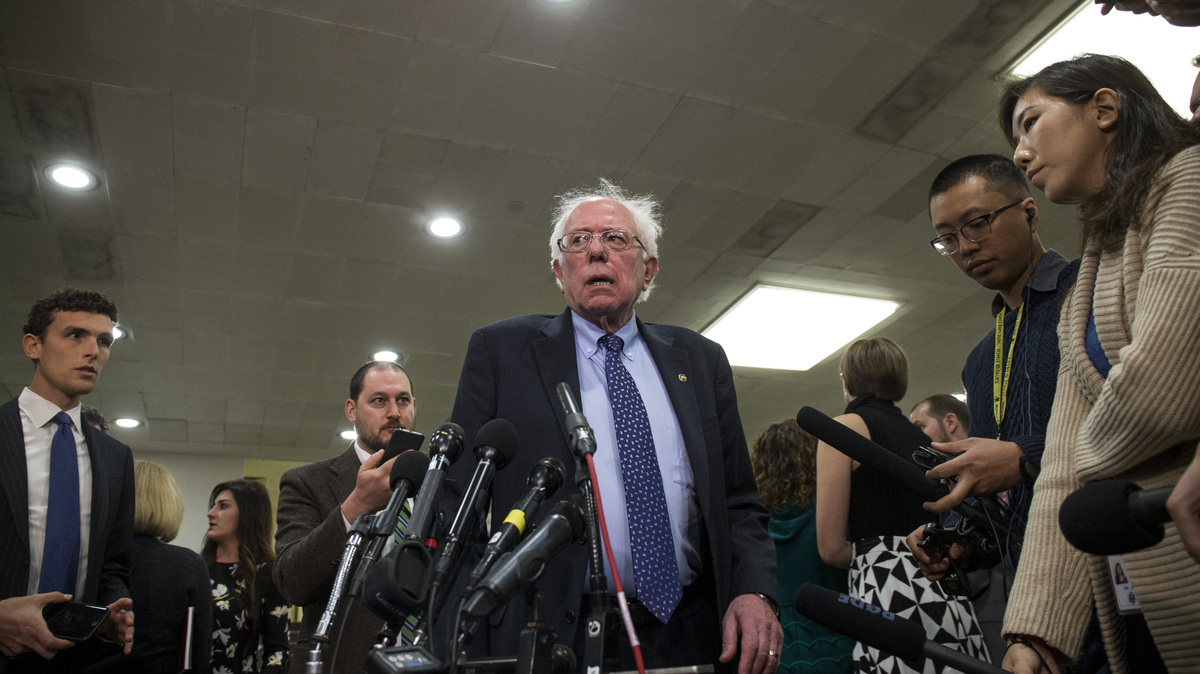 Sen. Bernie Sanders, I-Vt., sponsored the resolution to withdraw U.S. military aid from the war in Yemen with Sen. Mike Lee, R-Utah. He argues the move will garner international notice as the conflict continues.

The Senate voted with support from lawmakers in both parties Thursday to end U.S. military support for Saudi Arabia's war in Yemen. The 56-41 vote marks the first time the Senate utilized powers granted under the 1973 War Powers Act, which gives Congress the power to demand an end to military actions.

While the House likely won't vote on the measure, the bipartisan vote is a major rebuke to Saudi Arabia, long a key U.S. ally.

"Today we tell the despotic regime in Saudi Arabia that we will not be part of their military adventurism," Sen. Bernie Sanders, I-Vt., a key sponsor of the resolution, said shortly before the final vote.

The effort to stop American involvement in Yemen is still a long way from a done deal. The House would have to pass the resolution by year's end and President Trump would have to sign it — two steps that likely will not happen. Still, earlier this week, Sanders called the vote "a profound message."

"It says to the country, it says to the world, the United States Senate — hopefully in good numbers today — says we will not be part of this brutal, horrific war in Yemen led by an undemocratic, despotic regime," Sanders told NPR. "That's a profound statement that will reverberate all over the world."

The years-long conflict, viewed as a proxy war between Saudi Arabia and Iran, has spiraled into a growing humanitarian disaster. The U.S. military has provided refueling for Saudi aircraft carrying out strikes — assistance the Trump administration ended amid growing criticism — and helped Saudi Arabia with other strategic assistance, as well.

Sanders and a handful of other senators, including Sen. Chris Murphy, D-Conn., and Sen. Mike Lee, R-Utah, have been working for more than a year to round up support for the resolution. Only 44 senators voted for it in March. But two weeks ago, more than 60 lawmakers voted to advance debate on the same bill.

Sanders and Murphy say two key moments contributed to the push's growing momentum: the Saudi bombing of a school bus filled with Yemeni children in August and what the CIA believes to be the Saudi government-sanctioned killing in October of Khashoggi.

"I think that exposed to the world what this regime is about," Sanders said of the Khashoggi killing before Thursday's vote. "And people began to ask, why are we allied with a Saudi war in Yemen which is killing children? Maybe it's time to rethink that."

A late November procedural vote on the resolution came hours after Secretary of State Mike Pompeo stonewalled senators in a closed-door bipartisan briefing about the administration's response to the Khashoggi killing, which also likely contributed to the bipartisan support for the Yemen bill. "There is no direct reporting connecting [Saudi Crown Prince Mohammed bin Salman] to the order to murder Jamal Khashoggi," Pompeo told reporters after that briefing.

"I don't think there's anybody in that room that doesn't believe he was responsible for it," Sen. Bob Corker, R-Tenn., the chairman of the Foreign Relations Committee, said minutes later. Corker voted to advance the Yemen resolution that day but said he would vote against the measure this week.

Senate Majority Leader Mitch McConnell, R-Ky., said before Thursday that he opposed the measure, even though it was expected to pass with bipartisan support. "If the Senate wants to pick a constitutional fight with the executive branch over war powers, I would advise my colleagues to pick a better case," he said on the Senate floor Wednesday.

Regardless of the resolution's future, its Senate passage marks a key turning point in the U.S.-Saudi relationships. In addition to the Yemen bill and the resolution condemning Saudi Arabia's role in the Khashoggi killing, a broad sanctions bill is expected in the coming months. And the Yemen resolution's sponsors have made it clear they'll try to pass the measure again next year, when Democrats control the House.

The U.S. has long overlooked Saudi Arabia's human rights record and viewed the country as a close trade, military and energy-production ally. After his inauguration, Trump made Saudi Arabia the first country he traveled to on a state visit.

But, in the Senate at least, the Khashoggi killing has put a substantial strain on the U.S.-Saudi relationship. "Just because you're our ally, you cannot kill with impunity and believe you can get away with it," Sen. Bob Menendez, D-N.J., said, promising to introduce a bipartisan sanctions bill early next year when the next Congress convenes.

At G-20 And At Home, A Test For Saudi's Crown Prince: Can He Survive Khashoggi Fallout?

Corker said the Yemen war and Khashoggi killing have likely set back the two countries' relationship for years to come. Sen. Lindsey Graham, R-S.C., a longtime booster of both Trump and Saudi Arabia, clearly agrees.

"I'm never going to let this go until things change," he said, calling Salman "so toxic, so tainted, and so flawed," despite the Trump administration's close embrace of Saudi Arabia's heir apparent.

"Enough is enough," Graham said. "So to our friends in Saudi Arabia, you're never going to have a relationship with the United States Senate unless things change, and it's up to you to figure out what that change should be."

An earlier version of this story incorrectly said Washington Post writer Jamal Khashoggi was killed in August. He was killed in October.