Accessibility links
Top Cardinals Embroiled In Sexual Abuse Scandal No Longer On Papal Council Javier Errázuriz had been accused of ignoring sexual abuse in Chile. Pell has been embroiled in a case involving the sexual assault of children in the 1990s. 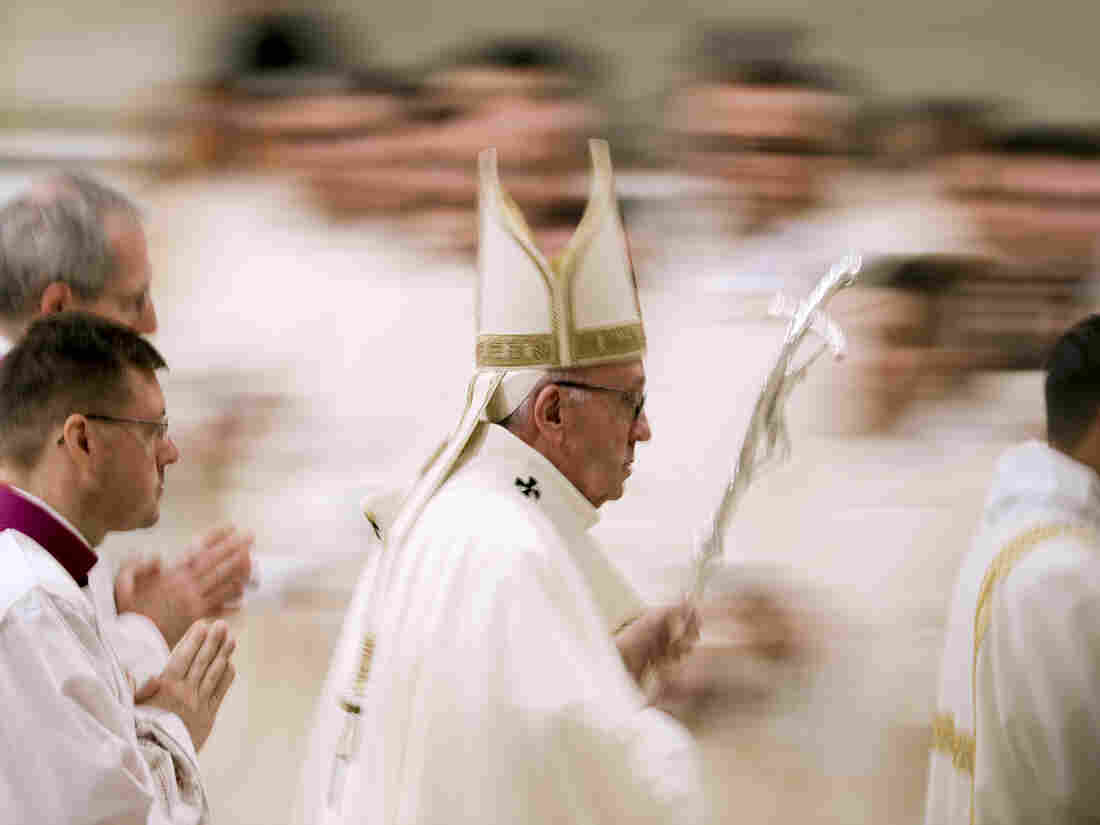 Pope Francis in St. Peter's Basilica at the Vatican on Wednesday. Two cardinals with ties to the Catholic Church's sex abuse scandals are no longer on his advisory panel. Andrew Medichini/AP hide caption 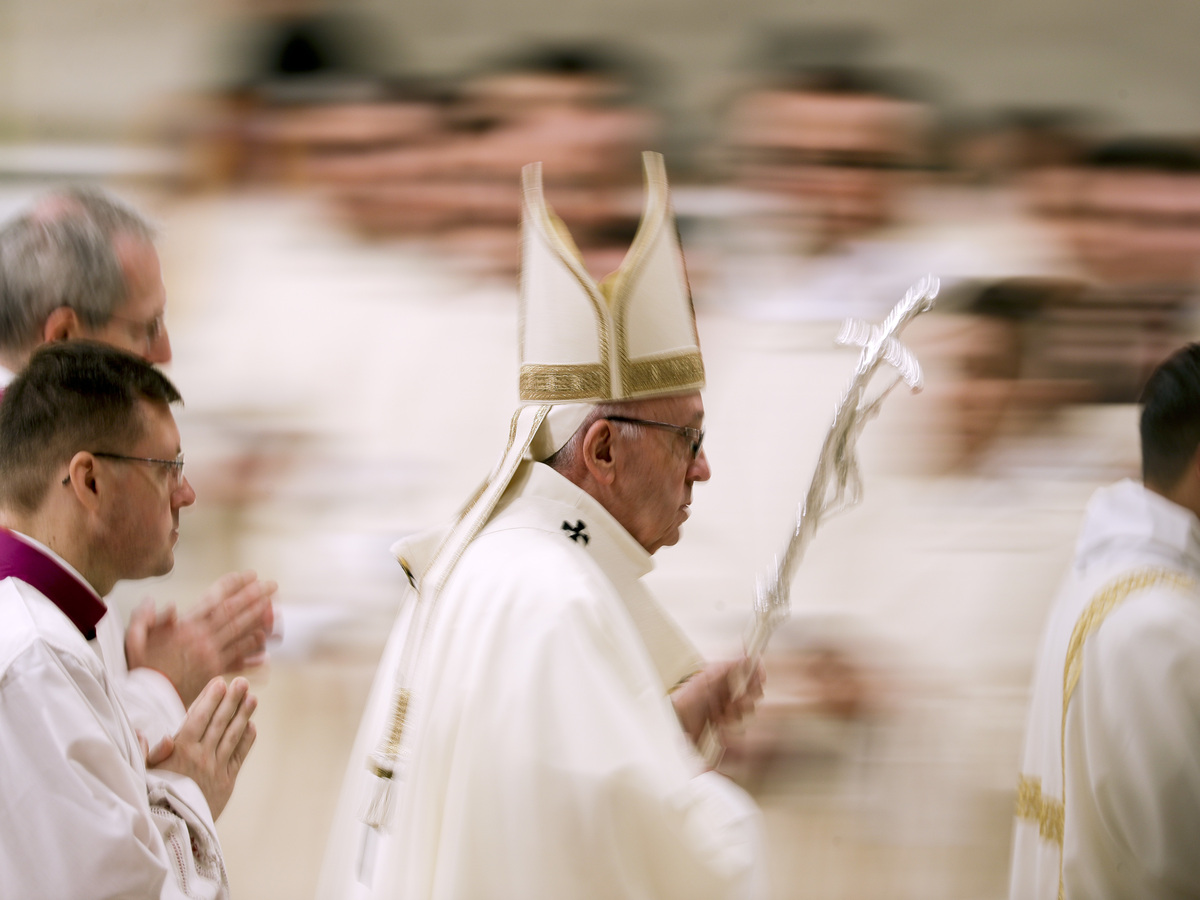 Pope Francis in St. Peter's Basilica at the Vatican on Wednesday. Two cardinals with ties to the Catholic Church's sex abuse scandals are no longer on his advisory panel.

The Vatican announced Wednesday that two cardinals have been let go from a papal council, the day after one of them, Cardinal George Pell, was reportedly convicted of sexual abuse by an Australian court.

Pell and Javier Errázuriz both served on the Council of Cardinals, a papal advisory group. Errázuriz had been accused of ignoring sexual abuse by a Chilean priest. Pell has been involved with a case involving the sexual assault of children in the 1990s.

In the announcement, the Director of the Holy See Press Office, Greg Burke, said Pell and Errázuriz had been released in October after "reflection on the work, structure and composition of the Council itself, also taking into account the advanced age of some members." Pell is 77, and Errázuriz is 85. Cardinal Laurent Monsengwo Pasinya, 79, will also not return to the council.

Burke said Pope Francis thanked the men for their service on his advisory committee at the time; others in the group had called for their departure.

Pell has said before that he is innocent of the abuse charges, which stem from his time as a priest and archbishop in Australia, calling them "relentless character assassination." He has a reputation for vigorously defending the church against accusations of sexual misconduct.

As NPR has reported, Australia is grappling with the results of a disturbing 2017 report which "found that seven percent of the country's Catholic priests between 1950 and 2010 allegedly sexually abused children, and identified 1,880 different alleged perpetrators." 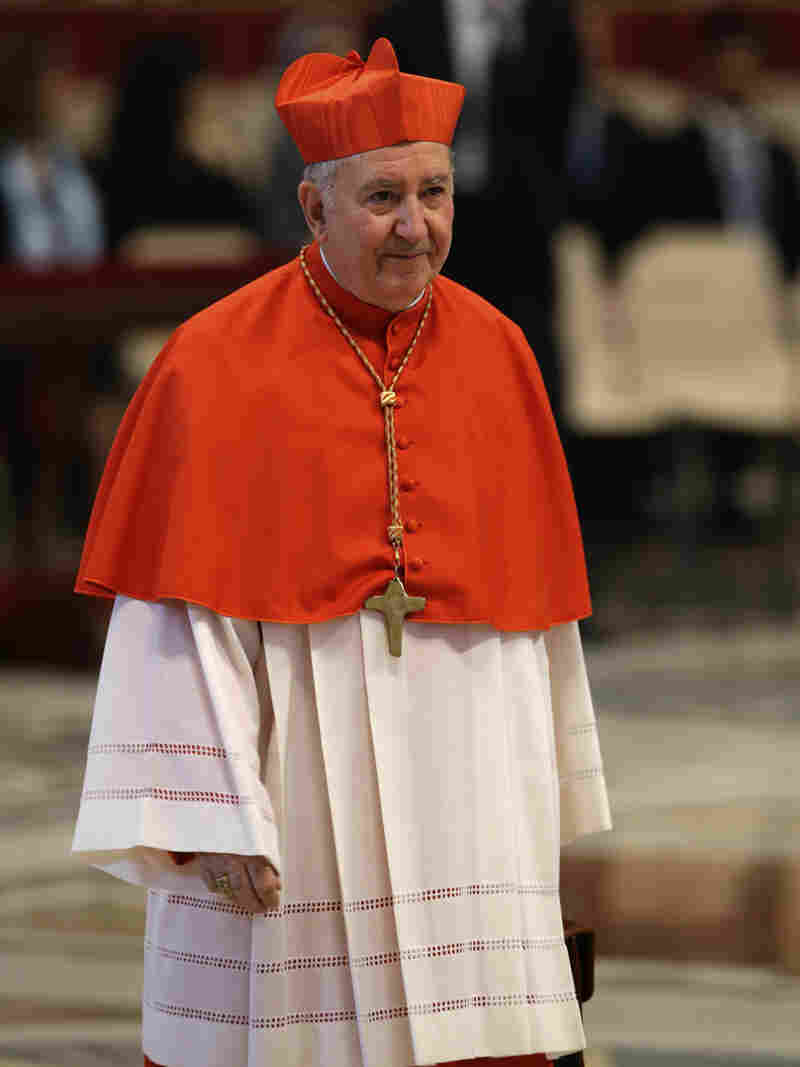 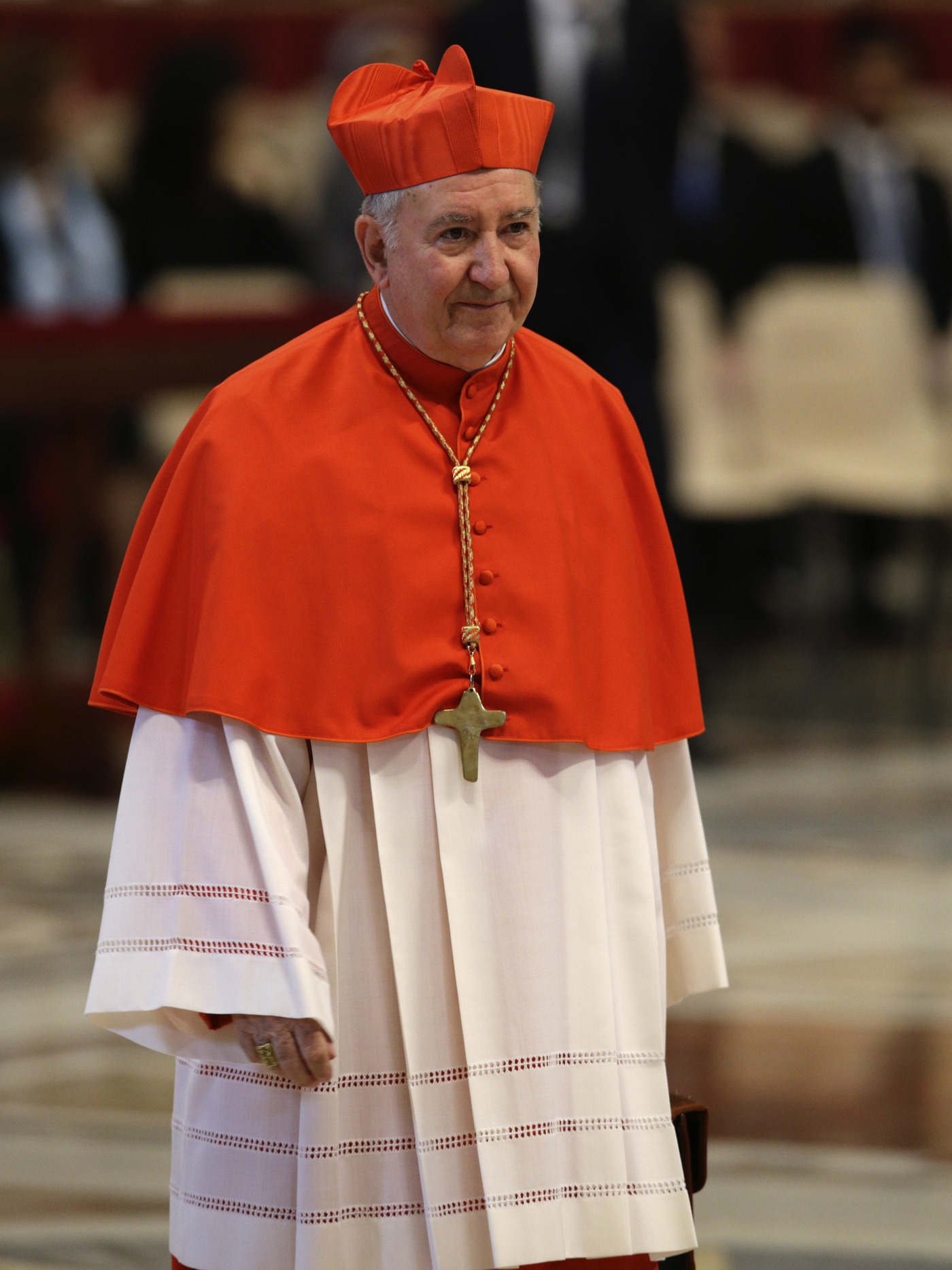 Cardinal Javier Errázuriz inside St. Peter's Basilica in March of 2013.

Pope Francis had reportedly been pressured to drop Errázuriz from the Council of Cardinals earlier this year as sexual abuse revelations roiled his native Chile. In May, all of the country's active bishops offered to resign over their failure protect young Catholics from decades of abuse — survivors have called Errázuriz's alleged negligence of the problem "criminal." The pope convened Chilean church leaders in May to discuss the scandal; Errázuriz traveled to Rome for the meeting, but denied responsibility for covering up abuse by Fernando Karadima, a Chilean priest.

The pope apologized this spring for his own handling of that country's scandal; in October, he defrocked two priests who had been implicated. According to the Jesuit magazine America, Pell has been released on bail and will be sentenced in February, the same month Catholic leaders will gather at the Vatican for a summit on the protection of minors.