Accessibility links
A Boy Grows Up Fast On The Streets Of Beirut In The Dickensian 'Capernaum' A tough, wise-beyond-his-years 12-year-old (Zain Al Rafeea) leaves the misery of his home life, only to take on the responsibility of caring for an even younger child. 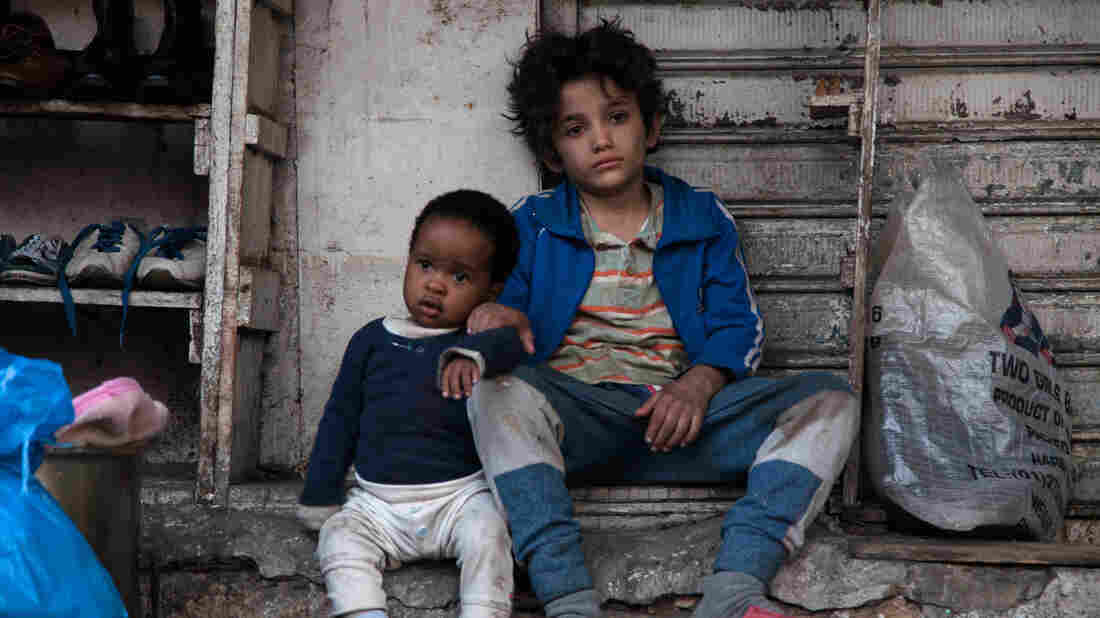 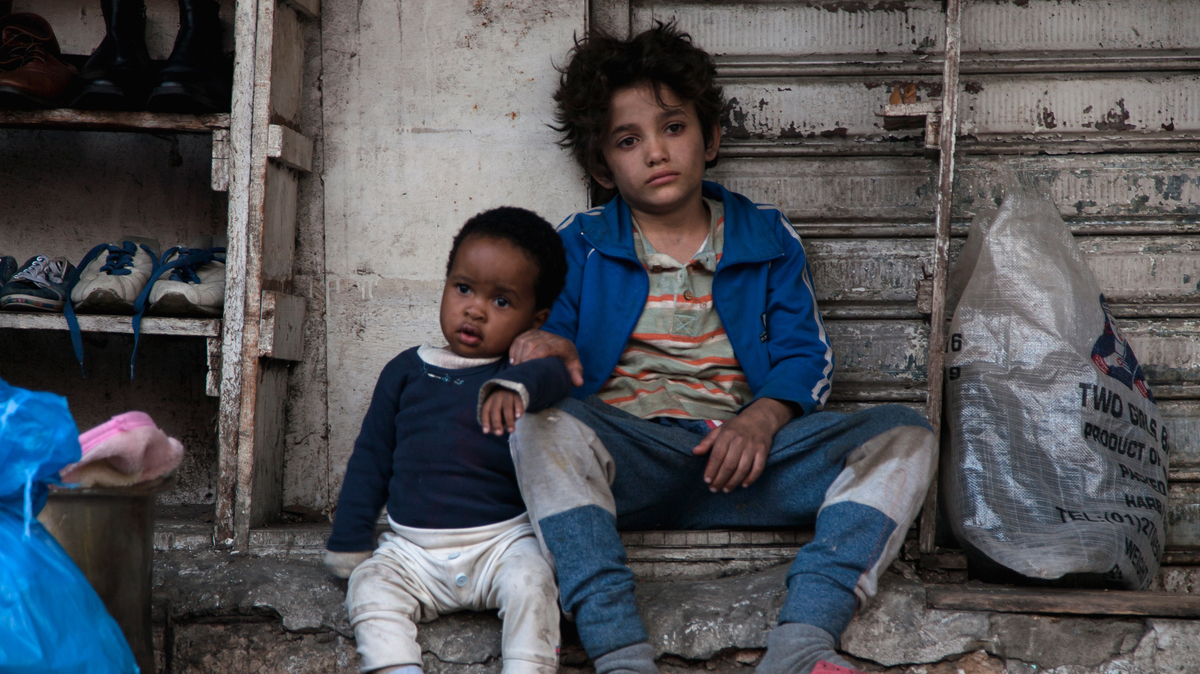 In the Lebanese movie Capernaum (the title translates to "chaos," an apt description of the world of the film), skinny, sad-eyed Zain (Zain Al Rafeea) is 12 years old, though he's so tiny he could pass for eight.

He's running and playing with other kids in the streets of Beirut under the opening credits. Once those credits are done, we watch as he's led past TV reporters into a courtroom, where he barely comes up to the waist of the soldier who's brought him. He looks firmly at the judge who asks him why he's there.

The judge asks him why.

"Because I was born," he says, his voice breaking.

It's a searing indictment — one that we watch his mother and father silently absorb from their seats across the courtroom.

We then flash back to their home life, if you can call it that — crammed into a crumbling slum apartment where opiates are dissolved just inches from the mattress on which half a dozen kids lie sleeping.

Zain does what he can to protect his siblings — he's tough and streetwise despite his size — but when he can't keep his folks from sending off his eleven-year-old sister to be married to the landlord, he leaves.

He lives on the street, and looks for work in a garish, seaside amusement park, where he meets a pink-and-blue-costumed Cockroach-Man who claims to be Spider-Man's cousin, and an Ethiopian cleaning lady (Yordanos Shiferaw) with a baby (Boluwatife Treasure Bankole), but no immigration papers. If he'll keep the baby safe, she decides, she'll give Zain shelter. a home away from home.

Had Charles Dickens lived in modern-day Beirut, he might have penned a story like Capernaum-- feisty, resourceful kid stealing food for his adopted family, caring for an infant as life takes cataclysmic turns involving human traffickers, scam artists, cops.

Nadine Labaki has written and directed a couple of lovely small films, but nothing suggesting she could make an epic like this. Or shepherd a first-timer like her young star to such an accomplished performance.

That he shares his name, Zain, with the character he portrays is very much the point. All of her actors are non-professionals, cast because their lives resemble those of the folks in the story she's crafted. They don't just play these parts, they've lived them.

On screen, they're surrounded by images both tender and wrenching: a mother in jail squeezing her breast-milk onto the floor, sobbing to her absent infant that she's sorry; a bedtime that's a tangle of children's arms and legs; bird's-eye shots of a shantytown stretching for miles.

Capernaum — chaos — and at its center, this astonishing child, who is profane, protective, profoundly compelling — a Dickensian hero in a saga that defies all odds, and finds hope in kids doing what they can ... in a hell made by adults.