Accessibility links
Reading The Game: Walden Our occasional series on storytelling in video games returns with the most intentionally literary game we've ever looked at: Walden, A Game, in which you play as Henry David Thoreau (yes, really). 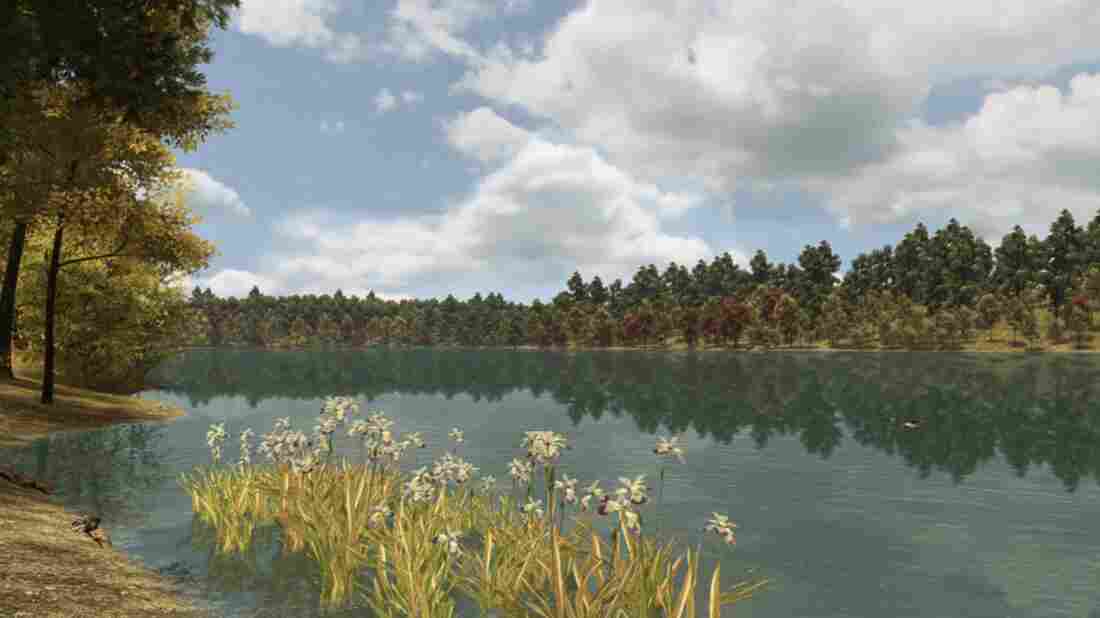 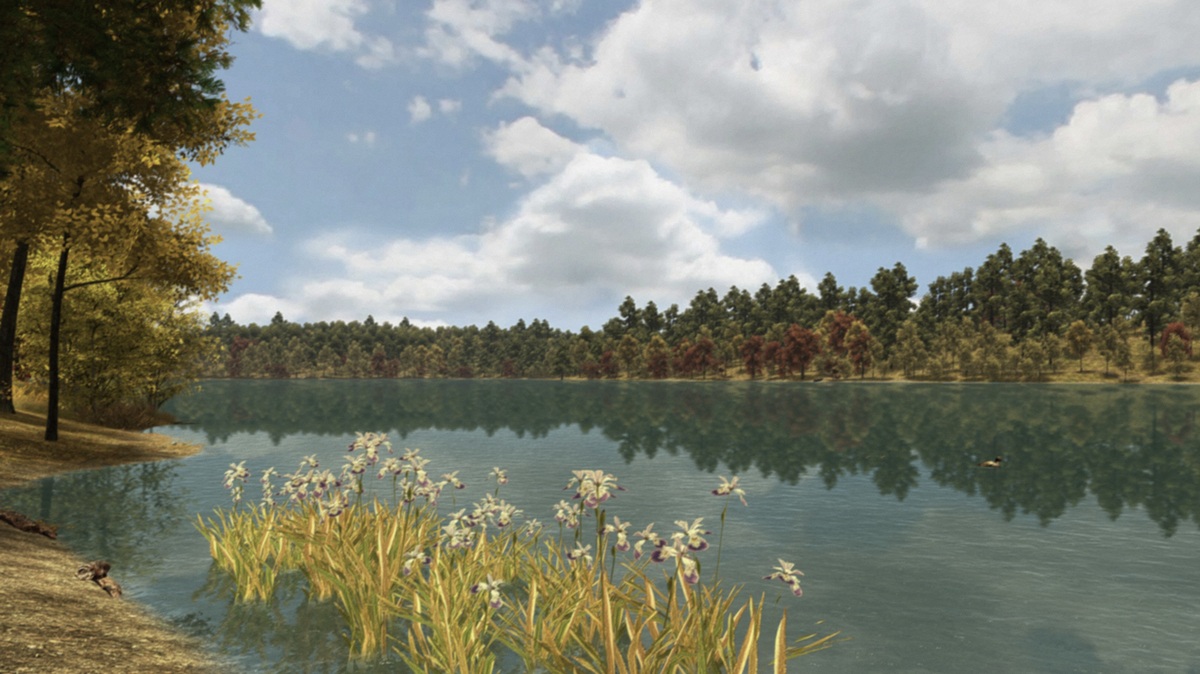 In any weather, at any hour of the day or night, I have been anxious to improve the nick of time, and notch it on my stick too; to stand on the meeting of two eternities, the past and the future, which is precisely the present moment; to toe that line.

That's the writer Henry David Thoreau — not my favorite line from his memoir Walden, but perhaps the most apt for what we're doing here, which is talking about the meeting point of past and future.

In 1854, Thoreau went off into the woods near his parents' house in Massachusetts. He spent two years (off and on) building a house near a pond there, fishing, growing beans, looking at birds and stars and the play of the light in the trees. In his little shack, he dreamed of aliens ("The stars are the apexes of what wonderful triangles! What distant and different beings in the various mansions of the universe are contemplating the same one at the same moment!") and fostered grudges against governments, landlords and the tax man. He wrote a lot. He moralized like a street preacher hopped up on ecstasy and Adderall (So! Many! Exclamation points!) and walked out of the woods again with a book that has been foisted on generations of Americans by gently transgressive high school English teachers — and that one horrible college roommate we all had. Like Infinite Jest or Neuromancer, Walden is a signifier of a book. Your opinion of it says more about you than it does about the book itself.

And then in 2018, in celebration of the author's 200th birthday, a team from USC's Game Innovation Lab released a game that very, very literally translated Thoreau's most famous work into a video game format. Across six hours of playtime (more for me, less for others), you live eight seasons in his skin, build a cabin, clear the bean fields, see the world through his eyes. Everywhere you go, little thoughts (in the form of Walden quotes) pop up, rooting you time and again in Thoreau's head and his point of view. You can get arrested for non-payment of taxes and spend a night in jail, help out the abolitionists, or spend some time borrowing books from Thoreau's buddy, Ralph Waldo Emerson, and not returning them.

Thoreau haters are going to ask, "Yeah, but can you go back and have your mom cook for you and do your laundry like Thoreau did?"

Thoreau lovers are going to scoff at translating what was essentially an anti-technology screed (or at least a pro-nature screed) into a Playstation game and turning his beloved Walden Pond into a bunch of pixels and digitized birdsong. They're going to ask, "Isn't this EXACTLY the kind of thing that Thoreau would've hated?"

'Walden, A Game' ... is precisely the kind of thing that Thoreau would've loathed. But it is also exactly the right tool to employ if your end-goal is to introduce more people to Thoreau's words.

Well, no. Of course it is. He would've hated it thoroughly and completely. He probably would've written essays about how much he hated it, and those essays would've been published in Outside magazine and the New Yorker, to be read by Thoreau-loving snoots who would've shaken their dead-tree magazines in harrumphing agreement.

But we're considering the past and the future here, and I think Thoreau would've hated it almost reflexively, in the same somewhat juvenile way that he hated everything that wasn't made of sticks or feathers or dirt. He would've raged against it because it seems like such an easy target. And I would absolutely fight him.

Walden, A Game is a fascinating experiment in what I would call "tactical irony." Yes, it is precisely the kind of thing that Thoreau would've loathed. But it is also exactly the right tool to employ if your end-goal is to introduce more people to Thoreau's words.

Because Walden, A Game is in love with words and nature and the world as Thoreau knew it. It embraces its own internal dissonance and throws you right into what is essentially a low-stakes survival simulator narrated by one of history's great naturalists. Everything is fascinating in the forced gaze of Henry David as he wanders the game world. He has thoughts and opinions on all the birds, beasts and buildings he sees, and so he writes, sketches in his journal, looks for arrowheads, goes fishing. 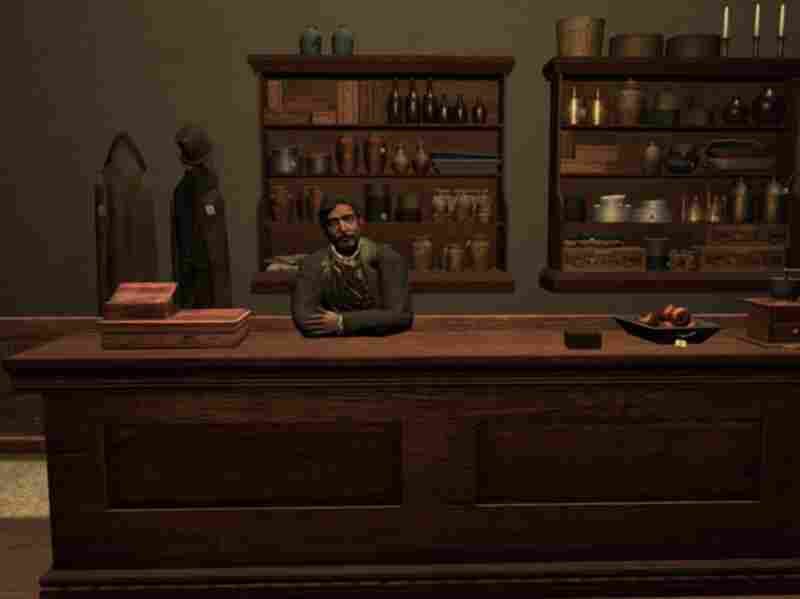 This is not really a survival simulator — if you're hungry, head to the general store for supplies. Or have dinner at Mom's. Screenshot courtesy of USC Game Innovation Lab hide caption 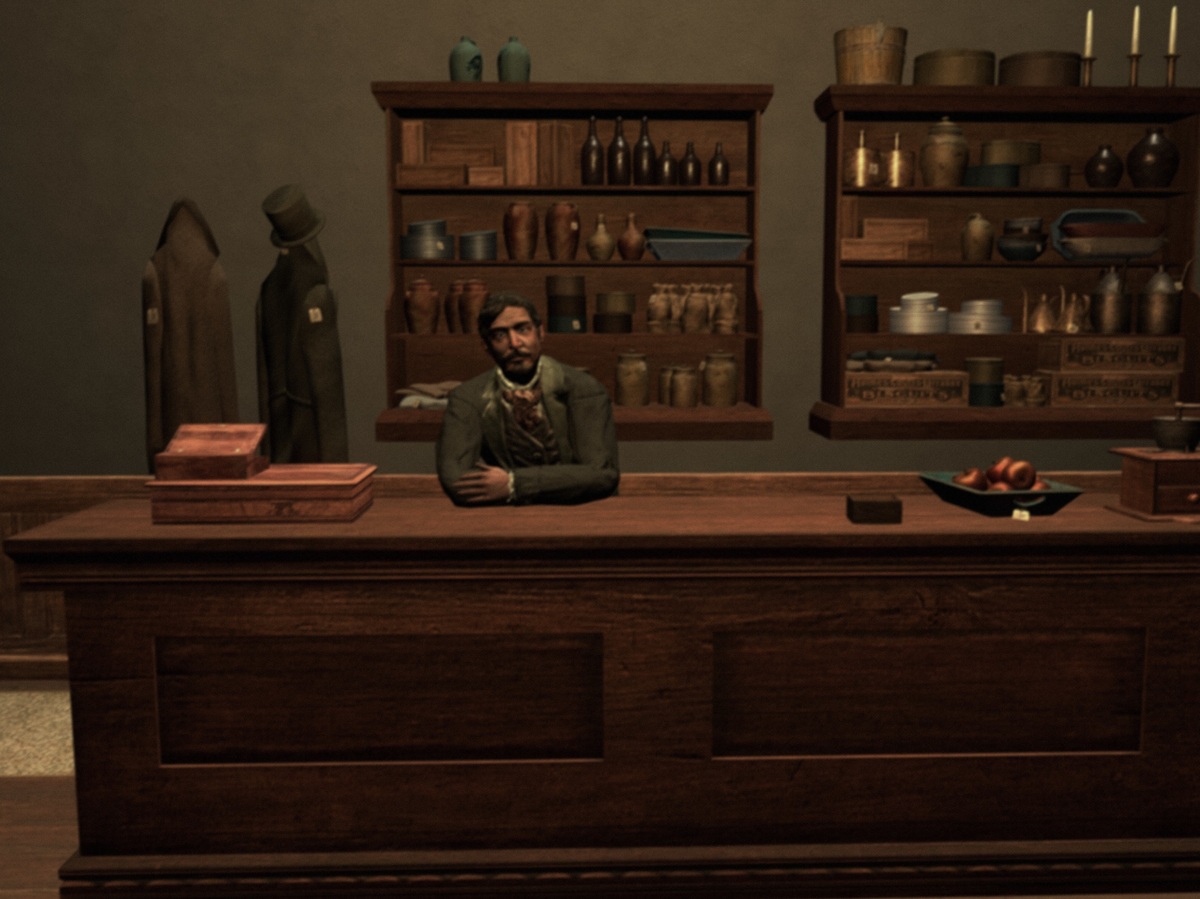 This is not really a survival simulator — if you're hungry, head to the general store for supplies. Or have dinner at Mom's.

Early on, I played it as a GAME-game, and that was my mistake. Deposited in front of a half-built cottage, my gamer-brain (trained by The Long Dark and The Flame In The Flood and even the somewhat more meditative Firewatch) said, Ah, well I should get that finished first because, if I didn't, the wolves/bears/zombies/aliens would be able to get me. I cleared all the bean fields in a single afternoon because, you know, tickticktick — winter will come eventually, right?

But there are no wolves or zombies here. If I run out of food, I can buy some in town (just a short walk away) or go to my mom's house for dinner. "My enemies are worms, cool days, and most of all woodchucks," Thoreau wrote. His struggle on Walden Pond was not life or death, but life or life. He fought with himself over what sort of life was most valuable.

And in translating that, the trick that Walden, A Game pulls is that the only gestalt, consequential game-y mechanic it really has is a delicate balancing act between work and inspiration. The point is to find that balance. Work too hard, and the world becomes grayer, emptier, your vision narrower. Go full hippie and do nothing but wander the woods trying to lick the squirrels (or whatever) and, eventually, you'll faint from hunger.

As contemplative as its source material, it forces an anti-reflexive pace and coddles at its center an appreciation of calm and quiet.

So, oddly, what Walden, A Game asks for is consideration. Occasional stillness, which, for any video game, is a rare thing. In effect, it distills the central theme of Walden (the book) into a tug-of-war between game and play, and it places us at that meeting place of two eternities: between a 200-year-old treatise on living simply in a world of increasing technological pace, and the technologically advanced video game that asks us to consider the value of nature and simplicity.

"Let your affairs be as two or three," Thoreau wrote, "and not a hundred or a thousand." Walden, A Game isn't perfect as a game, but it is a remarkable experiment in translation. As contemplative as its source material, it forces an anti-reflexive pace and coddles at its center an appreciation of calm and quiet. There are no real timers here. No deadlines. And sometimes the best way to win is just to listen to the birds and go fishing at the pond.