Accessibility links
Warring Sides In Yemen Agree To Cease-Fire In Key Port City After week-long peace talks at a castle in Sweden, the Yemeni government and Houthi rebels have agreed to a cease-fire in Hodeidah, a strategically significant city held by the rebels. 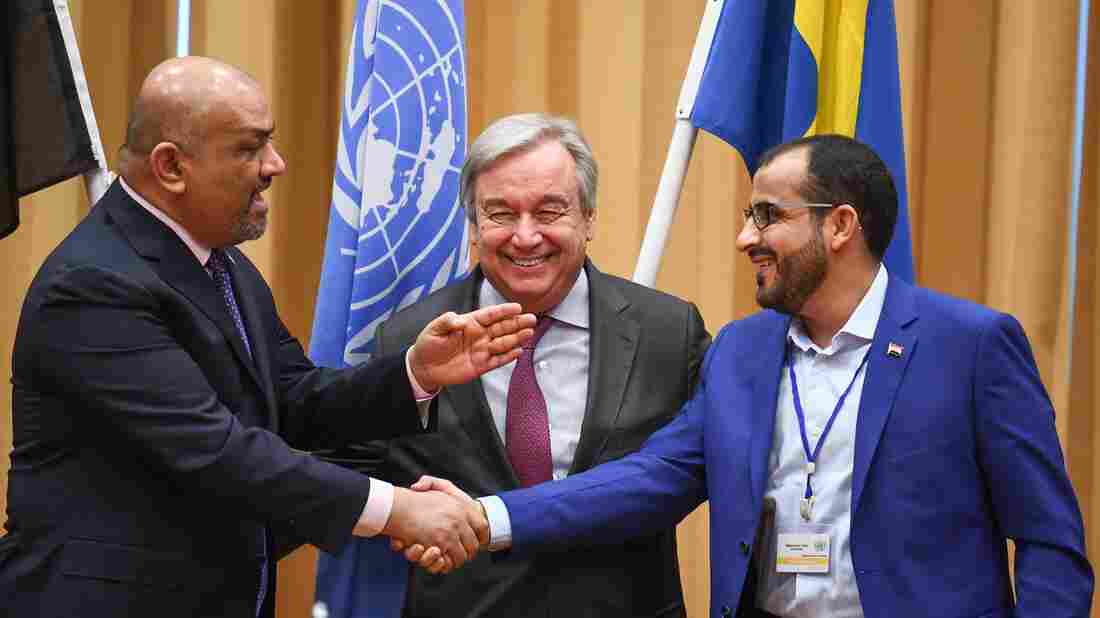 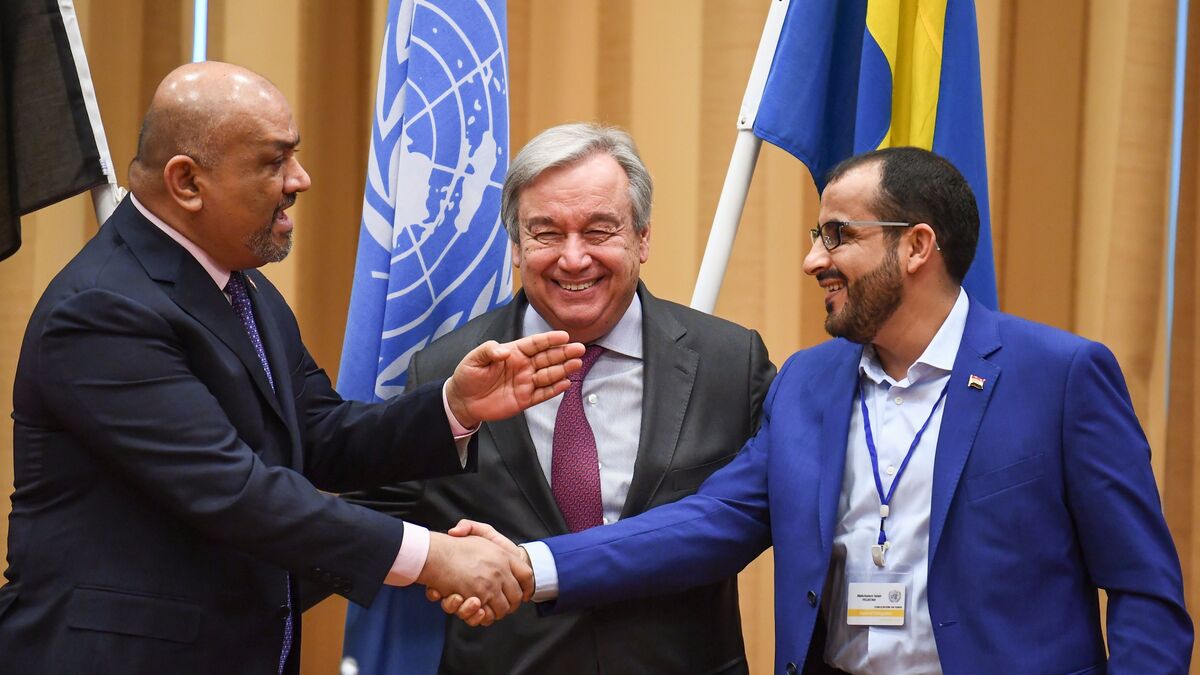 After week-long peace talks at a castle in Sweden, the Yemeni government and Houthi rebels have agreed to a cease-fire in Hodeidah, a strategically significant port city held by the rebels.

The ability to import food, medicine and fuel through the port is essential for many Yemenis, and a Saudi blockade of Hodeidah helped drive widespread hunger in the country.

The cease-fire announcement is a positive ending for the peace talks — the first face-to-face negotiations between the two warring parties since the conflict began in 2015. U.N. Secretary General Antonio Guterres called the agreement "an important step" and "real progress."

"The fact that we came to an agreement on Hodeidah – [which] many would consider the most difficult of the problems on the table – gives us the hope that this process will now be moving step by step and that we will be able overcome all the obstacles that we face," he said. He also emphasized that implementation of the agreement will be the real test.

The British Red Cross issued a statement calling the news of a truce an "extremely welcome" step.

""Even before the war, Yemen relied on over 90 percent of imports of food and other important commodities to survive," said Lorraine Marulanda, head of the Middle East and North Africa for the British Red Cross. "Hodeida is a key port. It is hoped that a cessation in hostilities will mean that much needed food, medicine and other aid will be able to make its way through the port to those most in need."

The cease-fire is also important as a confidence-building measure, NPR's Ruth Sherlock reports. Like a prisoner swap announced earlier this week in talks, it's a concrete agreement that could build goodwill and lay the groundwork for more substantive peace talks in the future.

"Guterres says the U.N. will host another round of peace talks in January to try to negotiate a solution to the wider war," Sherlock says.

The war has killed thousands of people, displaced millions and pushed half the country to the brink of famine.

The U.N. and its aid agency have been issuing increasingly urgent warnings about deteriorating conditions in Yemen.

"U.N. aid chief Mark Lowcock said in late October that half of Yemen's population — around 14 million people — could soon be on the brink of famine.

" 'There is now a clear and present danger of an imminent and great big famine engulfing Yemen ... much bigger than anything any professional in this field has seen during their working lives,' ... Lowcock said.

"Lowcock also warned against the spread of disease: "The immune systems of millions of people on survival support for years on end are now are literally collapsing, making them – especially children and the elderly – more likely to succumb to malnutrition, cholera and other diseases."