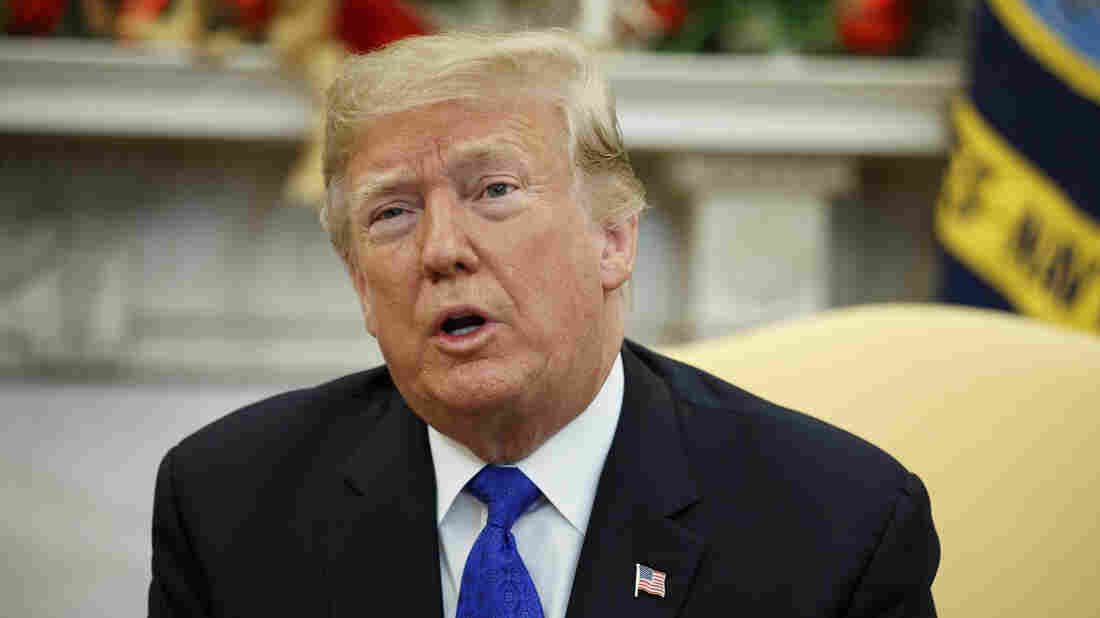 President Trump speaks during a meeting with Democratic congressional leaders in the Oval Office on Tuesday. Evan Vucci/AP hide caption 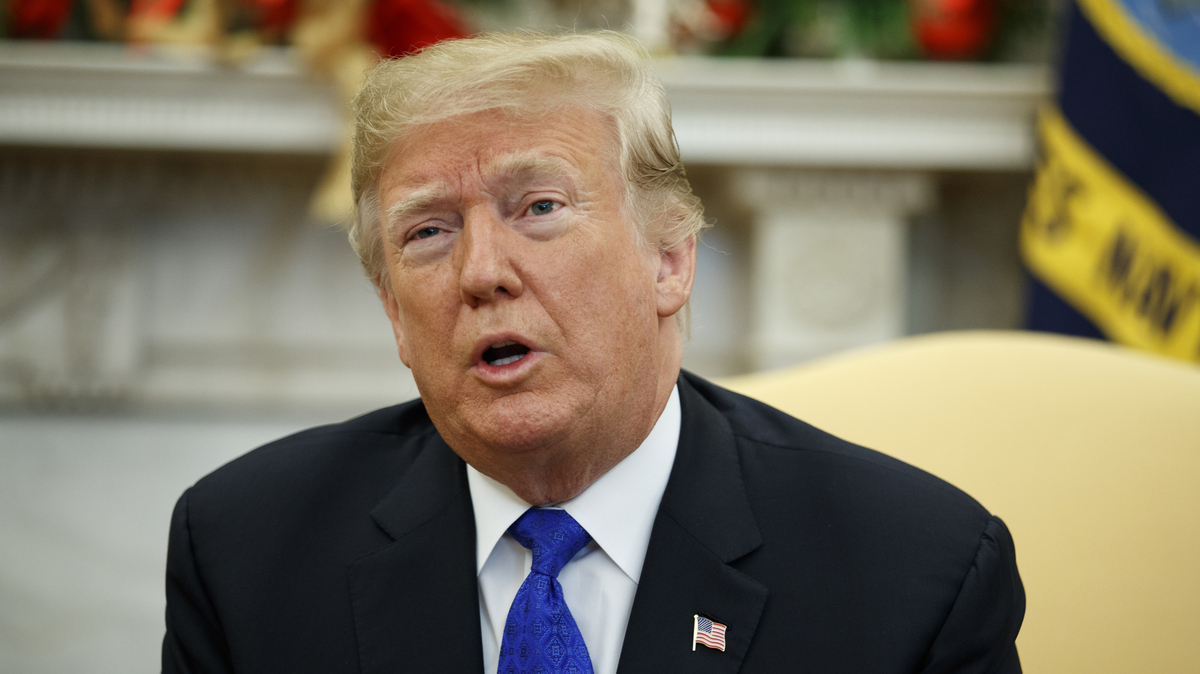 President Trump speaks during a meeting with Democratic congressional leaders in the Oval Office on Tuesday.

President Trump insists that he didn't violate campaign finance laws and that any legal liability for hush money paid to two women who claimed to have had affairs with him rests with his former personal attorney and fixer, Michael Cohen.

"I never directed him to do anything wrong," Trump said Thursday afternoon in an interview with Fox News. "Whatever he did, he did on his own."

Cohen was sentenced Wednesday to three years in prison after pleading guilty to a variety of federal offenses, including arranging payments to an adult film actress and a former Playboy model to buy their silence over their alleged affairs with Trump.

The president has acknowledged arranging one payment before the 2016 election but denies having a relationship with either of the two women.

"Nobody except for me would be looked at like this," Trump said Thursday. He argued that any payments were unrelated to his presidential campaign and thus not a violation of federal law.

Trump suggested Cohen falsely implicated him in hopes of winning a lighter sentence for other federal crimes.

"In retrospect, I made a mistake" in hiring Cohen, Trump said. "I hire usually good people."

Trump was also asked about his search for a new chief of staff to replace John Kelly, who is expected to leave that post in the next few weeks. Several candidates whose names had been floated for the job say they're not interested.

The president said despite recent gyrations in the stock market, the U.S. economy remains strong, with the lowest unemployment rate in nearly 50 years.

"Hopefully, the Fed won't be raising interest rates any more," he said. The Federal Reserve's Open Market Committee is widely expected to raise rates again when it meets next week.

Trump touted trade negotiations with China, which picked up steam after he met with Chinese President Xi Jinping earlier this month. Trump agreed to hold off on further tariff increases for now, and China has resumed its purchases of U.S. soybeans.

Trump claimed that U.S. tariffs on Chinese imports generated $11 billion in the last four months, which appears to be a significant exaggeration. According to the advocacy group Tariffs Hurt the Heartland, which tracks the fees, American businesses and consumers paid $2.2 billion in tariffs on Chinese imports in October, the first month in which Trump's tariffs were fully in effect.

"Not acceptable to me," Trump said. The company "is either going to open fast or somebody else is going to go in. But General Motors is not going to be treated well."